403-405
Watts Street
Durham
NC
Year built
1920-1930
Year demolished
2007
Architectural style
Neoclassical Revival
Construction type
Masonry
Brick
National Register
Trinity Park
Neighborhood
Trinity Park
Use
Residence
Duplex
Building Type
Residential
Can you help?
You don't need to know everything, but do you know the architect?
Log in or register and you can edit this. 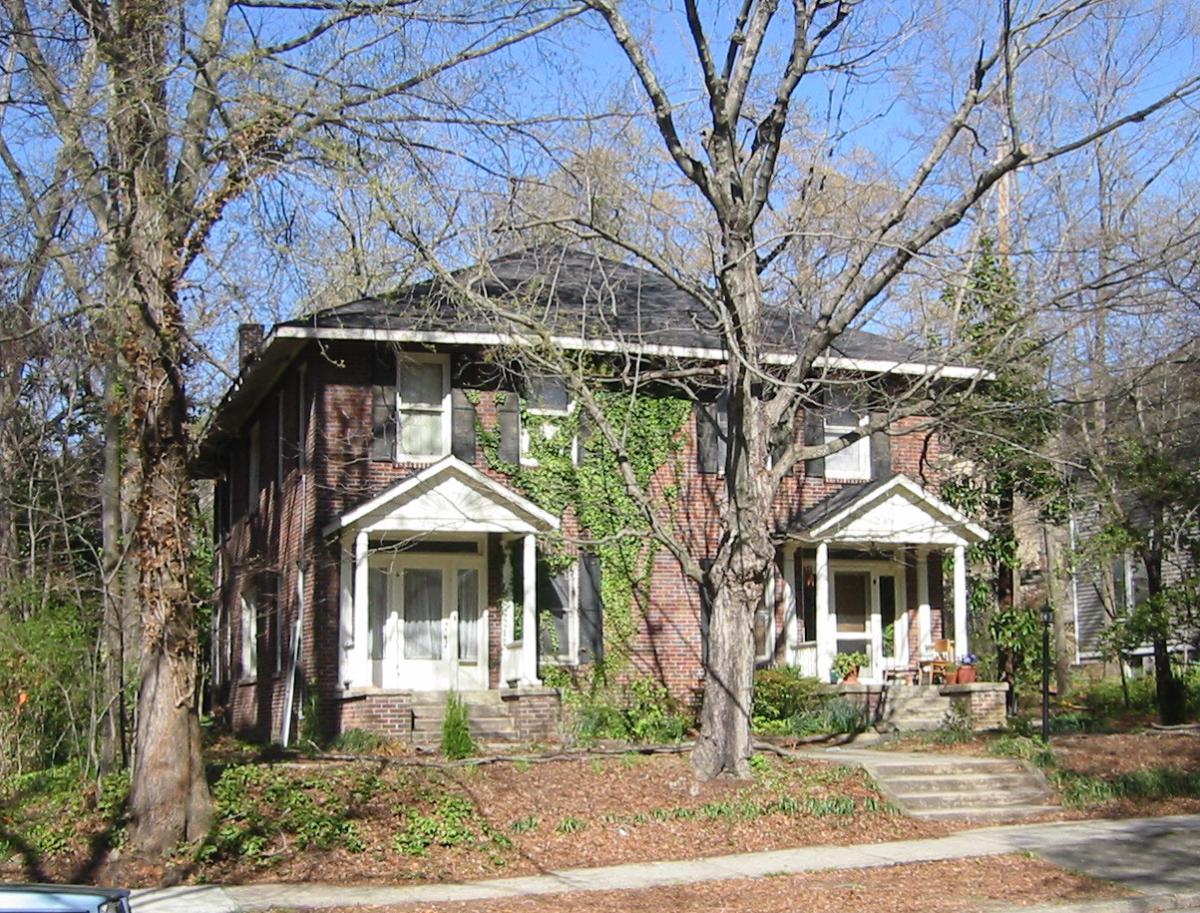 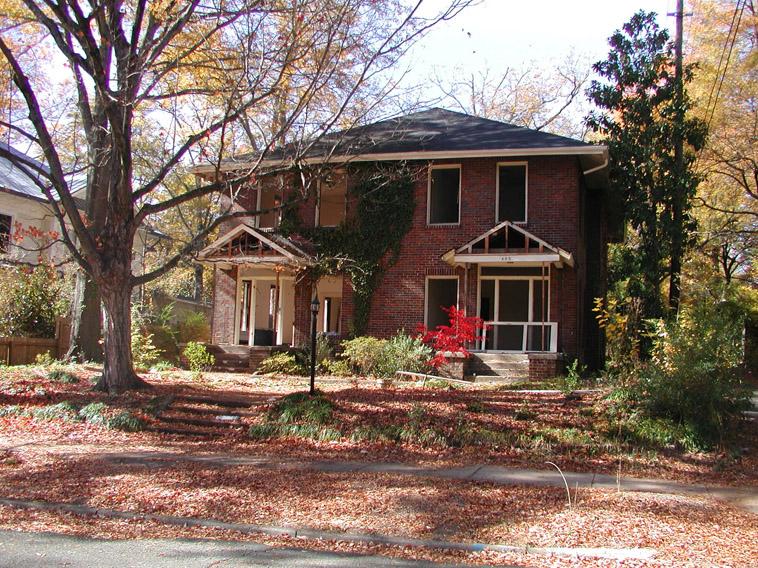 A 1920s two-story hip-roofed brick duplex with a short ell on the north side. The two entries are sheltered by gabled porticos decorated with sunburst columns and pilasters. 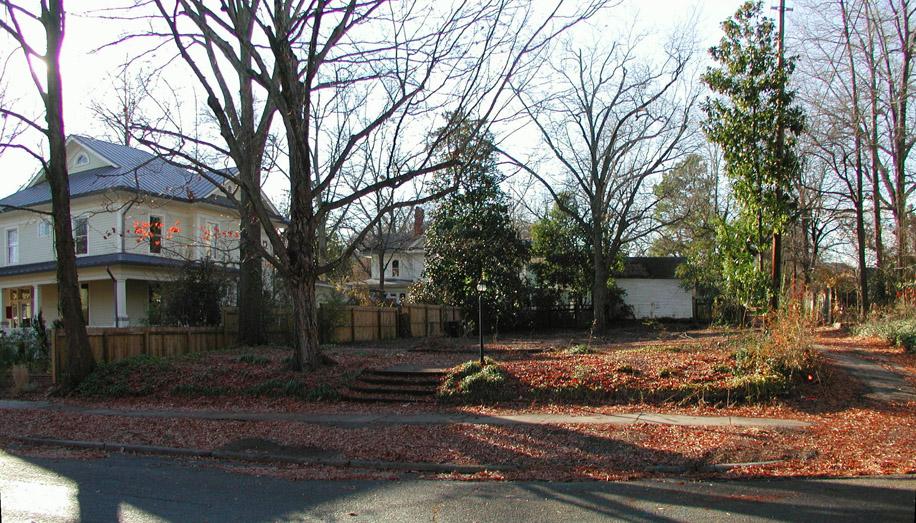 Since this photo, it has grown a large privacy fence, lest the public enjoy said gardens.