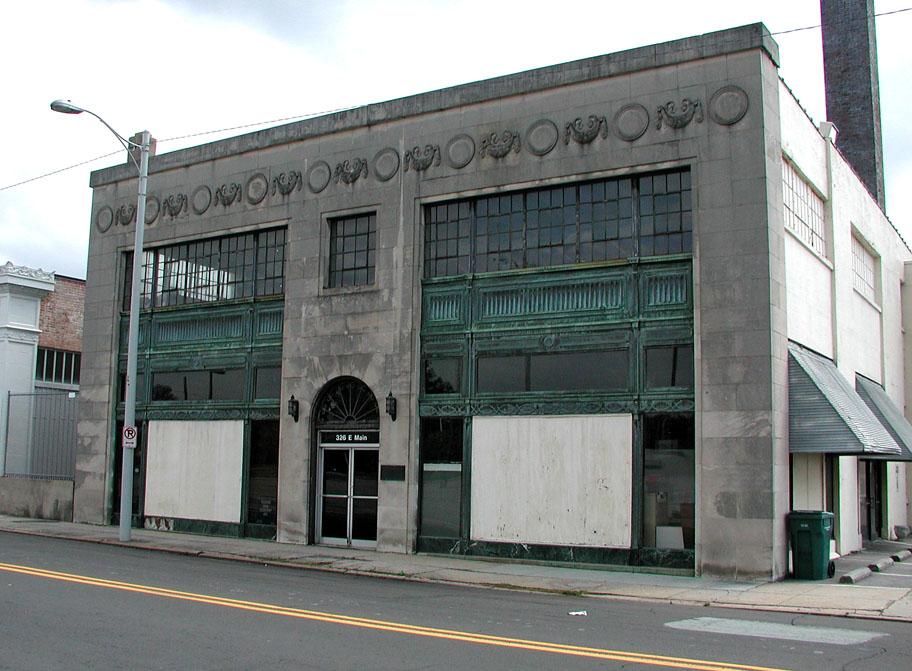 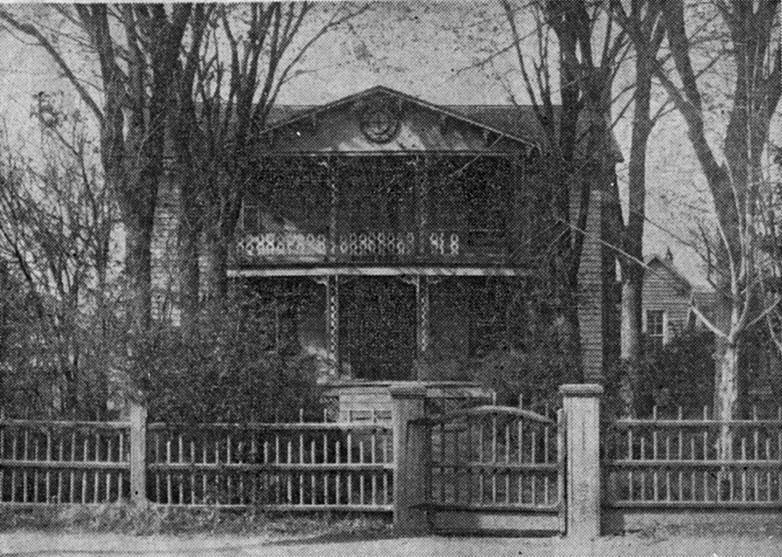 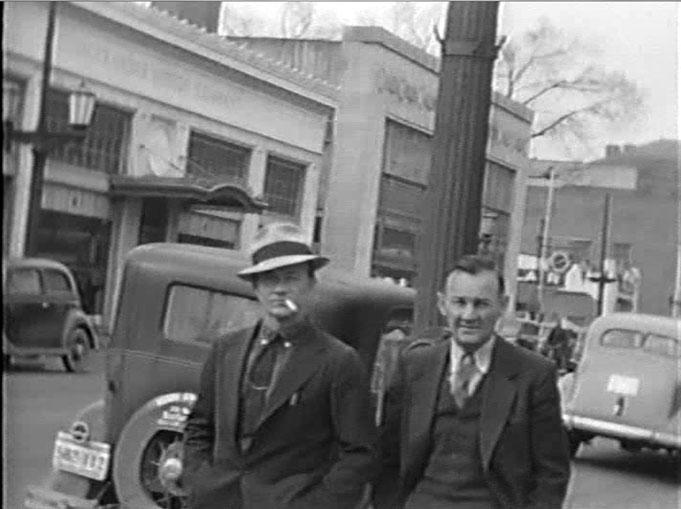 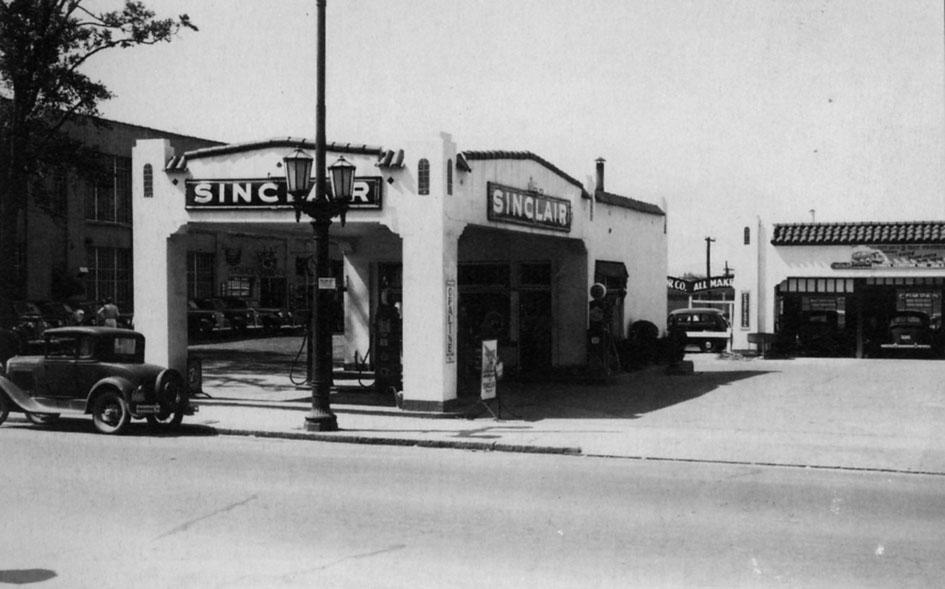 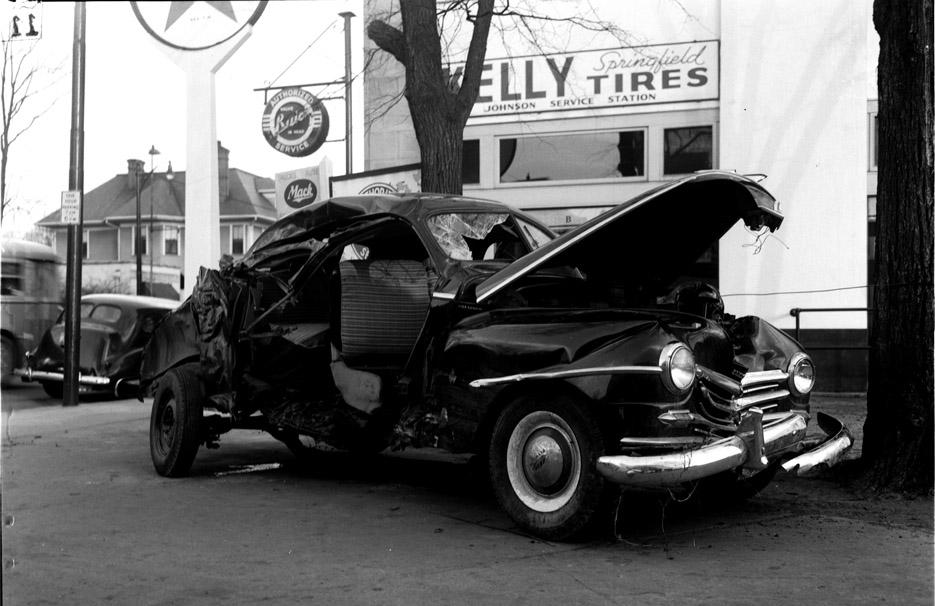 These small dealerships were in their waning days by the early 1970s. 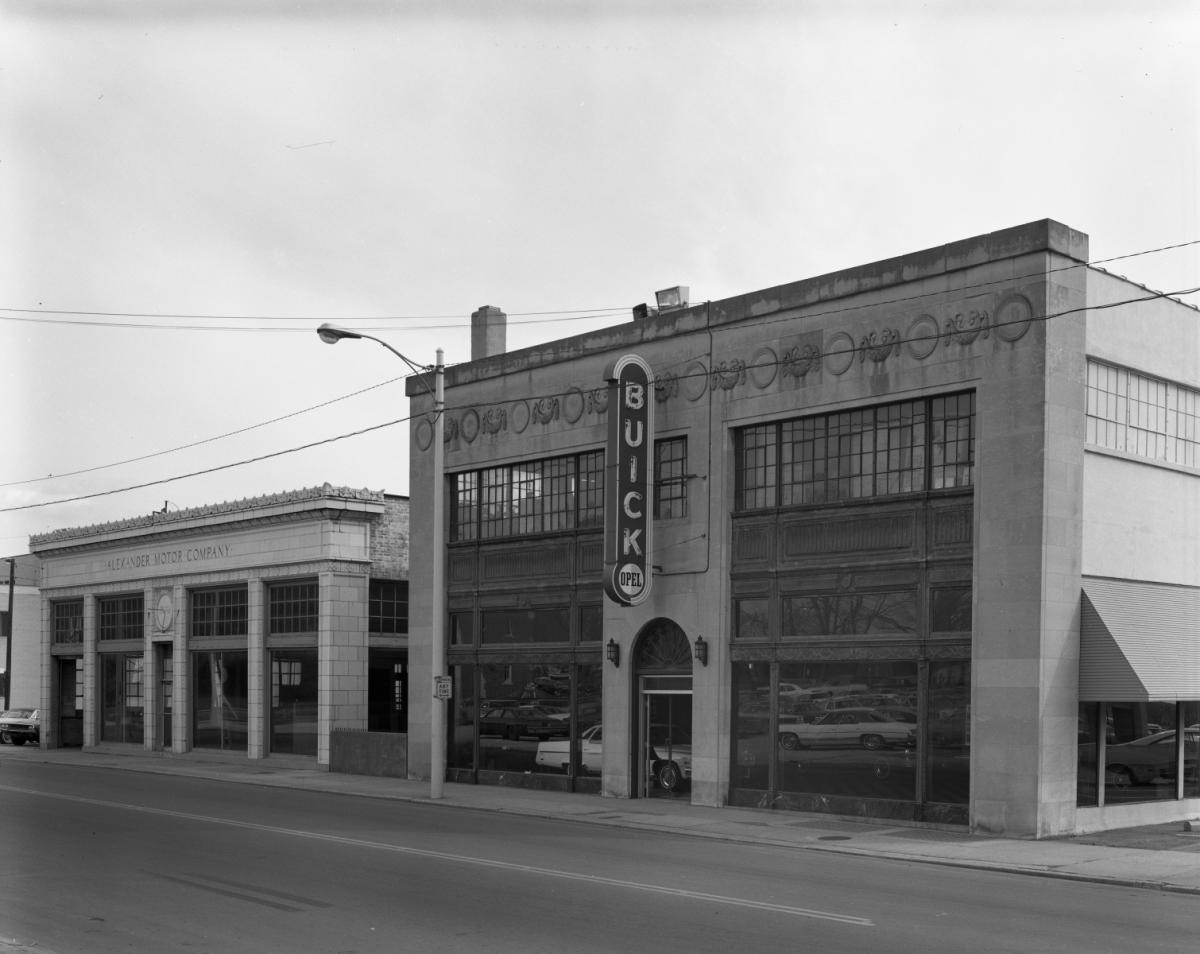 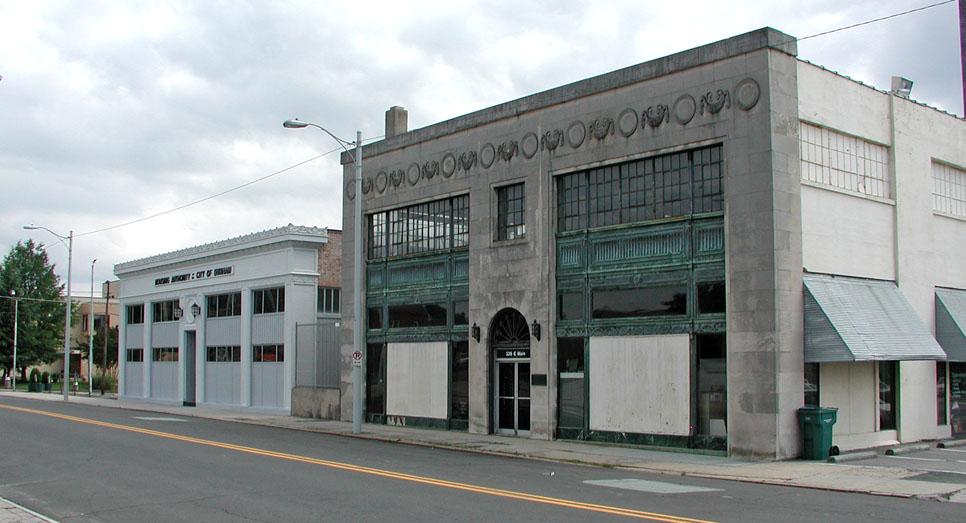 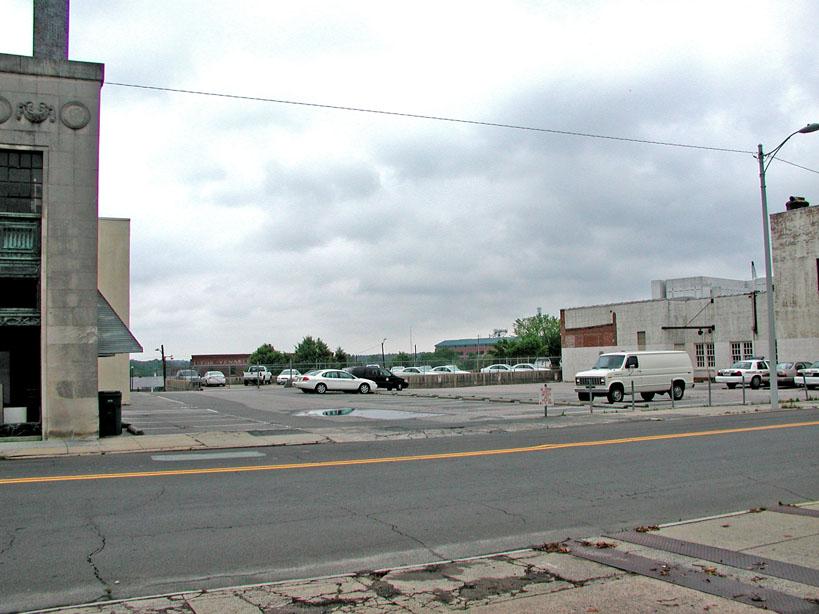 In 2011, the county completed a renovation of the building, which improved the exterior (although I wish they didn't have the blinds in the front windows - they are north-facing, and the replacement? of the front facade windows with white vs. the copper looks terrible.) 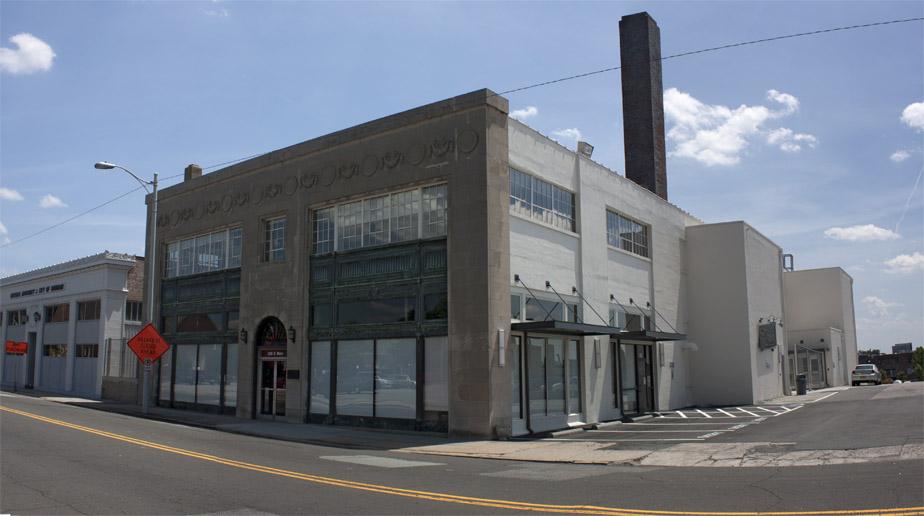 UPDATE, March 2019: At a January Stakeholder Advisory Group meeting held by the Durham Housing Authority as part of its DHA Downtown & Neighborhood Planning (DDNP) process, a design rendering for the "Preferred Concept" for redeveloping this block of East Main to Queen and Ramseur Streets suggested the neighboring Alexander Ford Motor Company building would be torn down, while the Johnson Motor Company building would be repurposed and preserved. 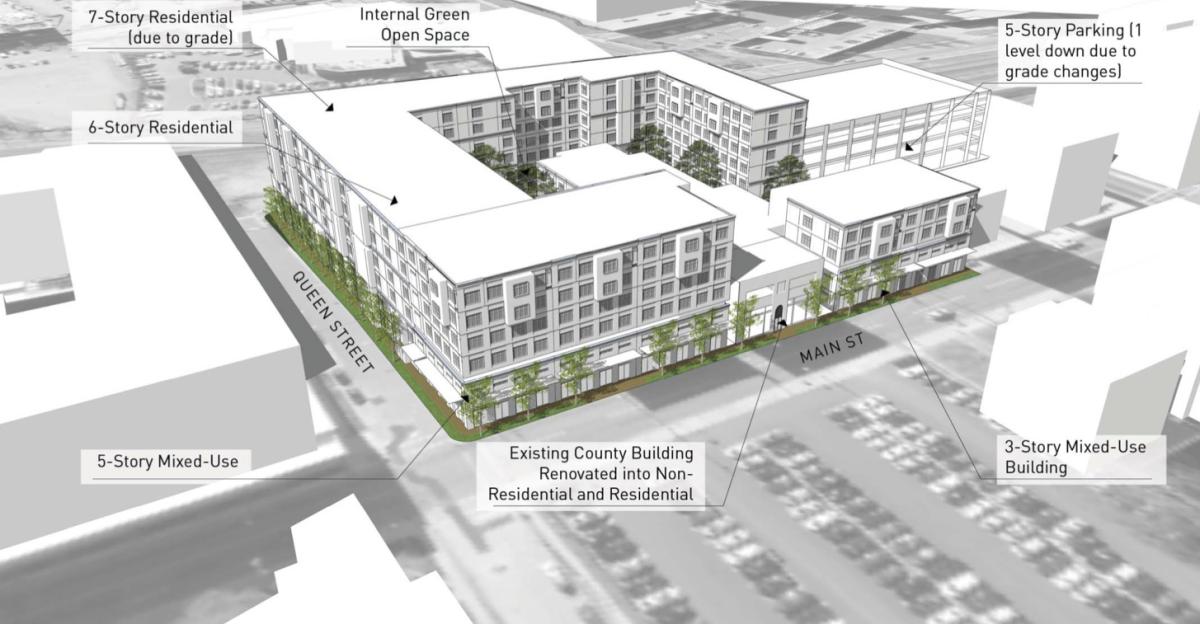 Obviously the campaign to renew and expand investment in affordable housing - especially in the rapidly developing downtown district - deserves attention and support.  Still both of these iconic buildings should be protected as contributing structures to the Downtown Durham Local Historic District, something respondents at public DHA meetings clearly endorsed.  Their preservation would improve the integration of any future project on the site into the historic fabric that helps make Durham the great city it is.

If there is nothing going on in the Johnson Motor company (beautiful!) building, then could the county put it's social services offices there instead of building the planned modern building on the corner of dillard and main??? Has it been used lately? Thanks for your awesome blog!

The Johnson Service Station is listed in the city directories until 1972. The Johnson Motor Company is also listed in the late 1970's as "Star Buick", and appears until 1984. After that the 326 East Main building is listed as "Johnson, Eric Jr. ofc (offices)" - I guess the owner kept the building and used it as office space? From 1986 until 1990 there was also a business at 326 called "Euroclassics Ltd." (presumably a car dealership), after which the property changed hands entirely.

Many thanks. I wish I had a set of the city directories easily accessible, as it would make things much easier. I just can't make it to the library frequently enough to look everything up.

In her Durham County tome, Jean Anderson states that "[a]t the end of the 1890s, on the site of the Presley J. Mangum house at 326 Main Street, was built the Sans Souci [hotel]. It was presided over by Mrs. Octa Thomas and later by Mrs. Lena Hessee. The Sans Souci was demolished in 1926 to make room for the Johnson Motor Company."

Intrepid researchers can chase down the half-dozen citations she makes to the Globe and Herald.

To fill in some for absent.canadian Eric Johnson sold the property to Durham County apparantly around 1990. As I understand they turned it over to the sheriffs dept.. which took advantage of the reinforced concrete construction to build a satelite jail house in back. The building did have a three story auto elevator which was often used to move cars and people between floors. The elevator was disabled I think prior to the counties purchase.

When operated as a car dealership, the parts dept took top floor, sales and general service first, paint/body in the basement.

Amazing how it was operated verticly rather than now dealerships are done on one level.

James Eric Johnson was my grandfather and I was always told that he owned the oldest family owned Buick dealership in the world.. The way he got into the automobile business was that he would ride the train to Greensboro and pick up a car and return with it to Durham to sell it. The parking garage on the corner of Roxboro St. was the first parking garage in Durham. On November 7, 1935, Alfred P. Stone, Jr., president of General Motors, chose Johnson as a charter member of his newly established Dealers' Council.
Long time employees of Johnson included George Mebane (and his three wheeled motorcycle), Jesse Hester, George Tilley, and Hubert Pearce.
Johnson was a Representative of the Carolinas-

In reply to (No subject) by PeterK