The earliest grand houses on the east side of Durham were built along Roxboro and the first two blocks of East Main St. east of the intersection of those two streets. Some of the early, more forgotten names in Durham history - Day, Lyon, Fuller - industry magnates who faded from the scene as business consolidated around the Blackwell/Carr and, later, Duke empires.

Few records of these early houses remain, except for intriguing footprints on the early Sanborn Fire Insurance maps, and most of them did not survive the early 20th century.

The house on the northwest corner of Queen and E. Main lasted into the 1960s. 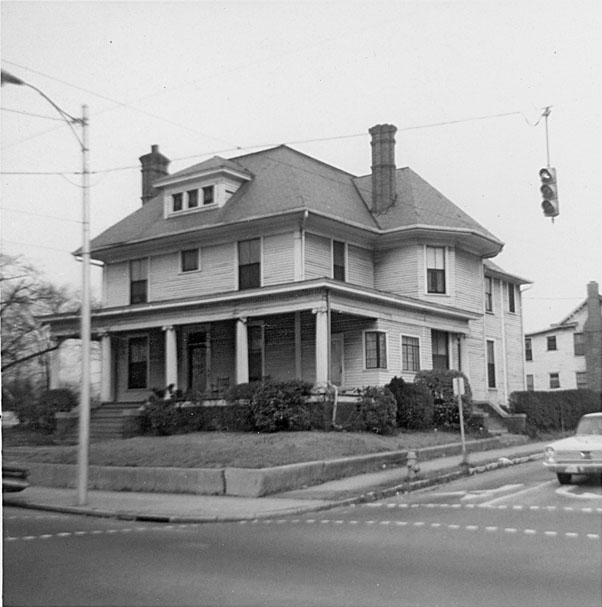 You can see a bit of the remaining houses in this block in the background of the below H. Lee Waters clip.

The house was demolished by the city using urban renewal funds in the late 1960s, and , when consolidated with the demolition of ~7-8 other houses, became a vast surface parking lot for Durham County, which it remains. 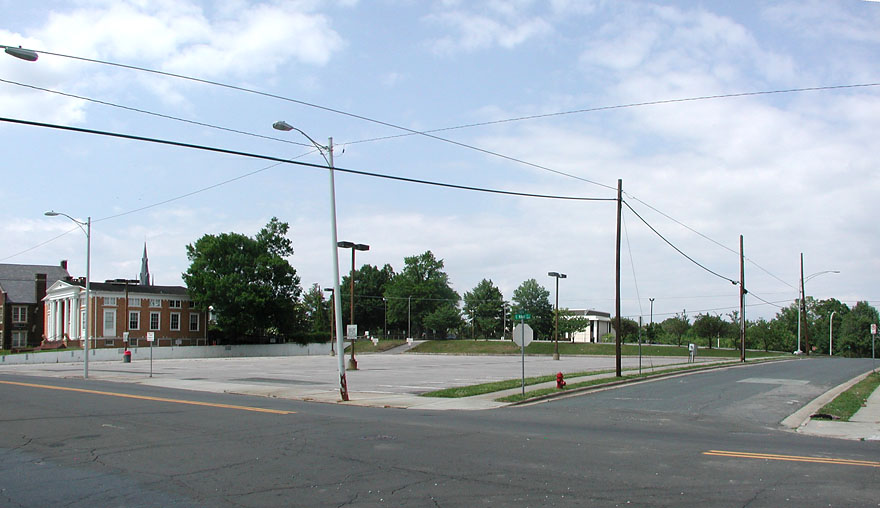 This lot is part of the major problem in the fragmentation between central and east downtown. While the immense Roxboro 5-car-one-way pipeline is pretty egregious, this empty abandoned space destroys any sense of place once you get to the east side - you might as well be out in Target-land. 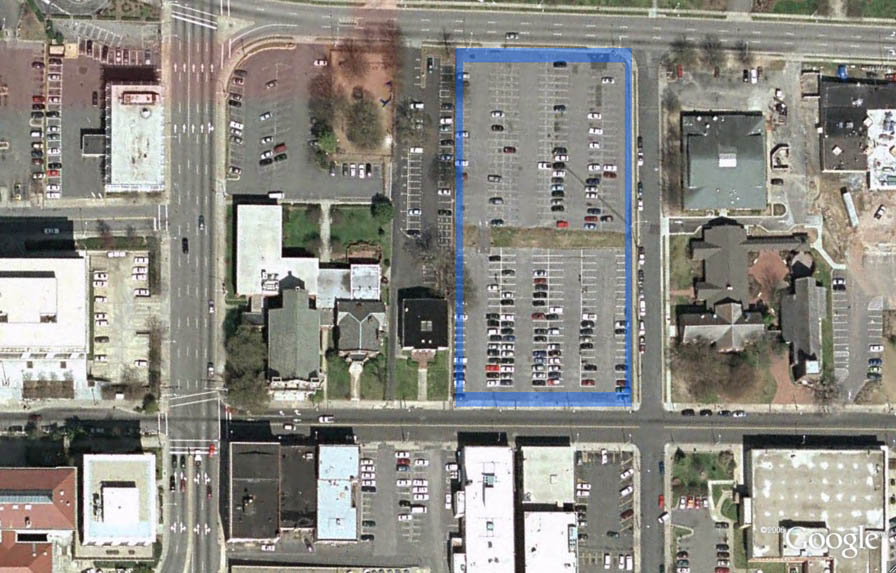 The county plans to build a parking deck on this lot - and that's it. When I spoke with the county engineer a few months ago, I tried to encourage him to engage local developers in a public-private partnership to develop buildings around a parking deck. He said "[they] didn't like those" but they might set it back so a developer could build something in front.

Either this is a throwaway line, or it just doesn't seem to demonstrate much knowledge about the development process. No developer I know is going to be interested in building on a constrained space on East Main St. unless they were part of the plan from the beginning.

Personally, I think this would be an ideal spot for a new library, if the the library wants to build a new building. It would activate the E. Main streetscape, provide some historical continuity with the old public library, which would be next door, and keep the library accessible to the residents of the east side of downtown. 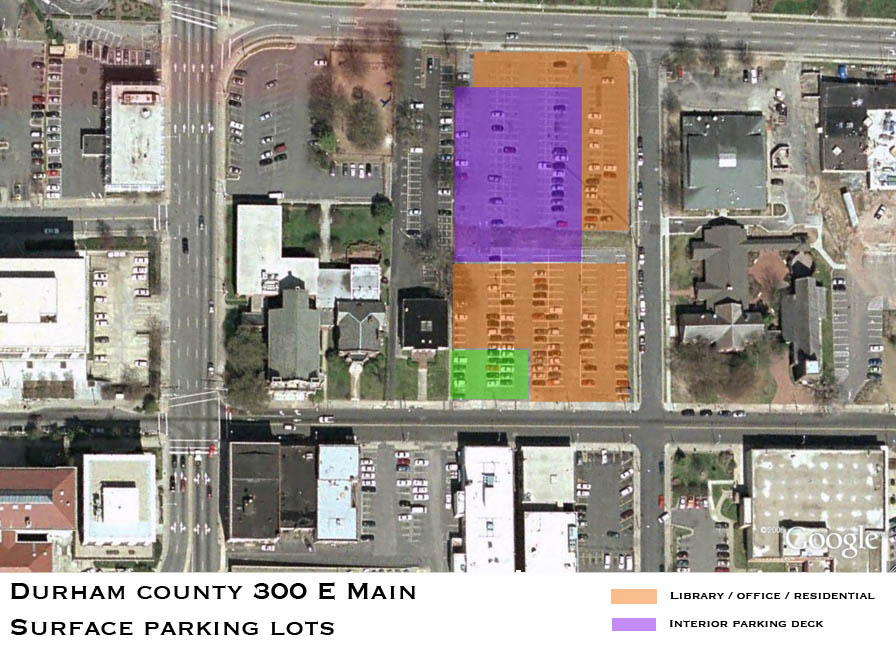 Above, my suggestion, if a parking deck is necessary.

Unfortunately, the county is still determined to make three significant mistakes on the east side of downtown - 1) This parking deck, without a joint project to create a streetscape. 2) A one-block large compound (several have called it a fortress) of a human services building, 3) demolition of all of the structures on the south side of the 500 block of East Main.

The same services that the county wants to provide could be provided without further damaging the connection between east and west. It has been hard to convince the county that investment alone does not improve the neighborhood. Look at the Southbank building, and the Durham Centre.

The Human Services Complex has to come before the Historic Preservation Commission next month (because it is in our Downtown Historic District.) You can take a look at the latest rendering. (Be sure to mentally subtract the street trees - they add a lot of softening to the building, but there's never any guarantee they'll be installed once the traffic engineers are involved in the process.) If you think the design could be, well, a bit more human-scale, contact your county commissioners.