314-318
East Peabody Street
Durham
NC
Year built
1900-1920
Year demolished
1950-1965
Construction type
Masonry
Brick
Neighborhood
Downtown East
Use
Wholesale Grocery
Alcohol Warehouse
Alcohol Wholesaler
Building Type
Industrial
Can you help?
You don't need to know everything, but do you know the architect?
Log in or register and you can edit this. 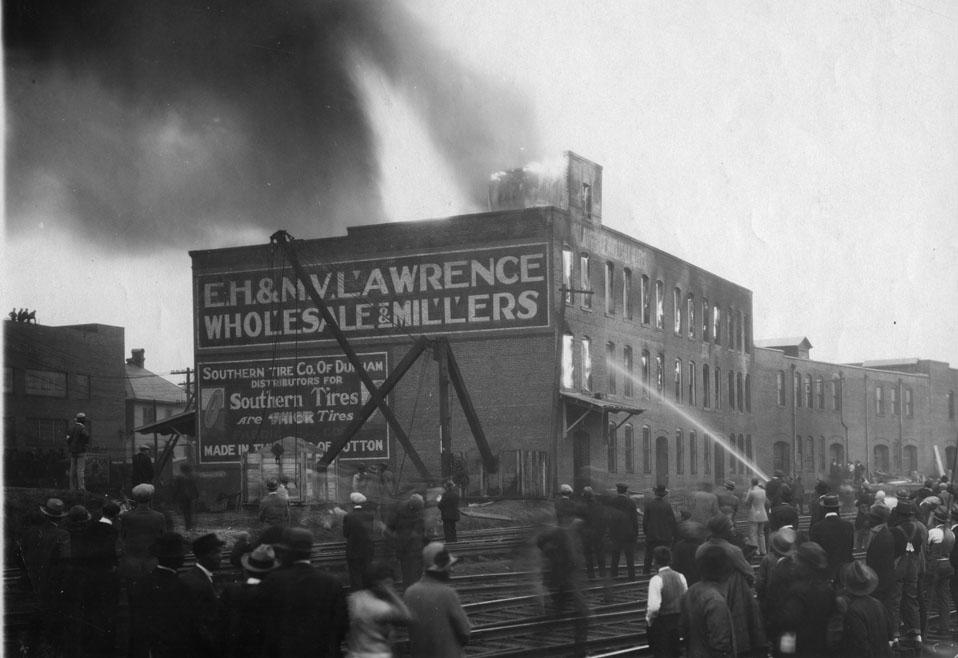 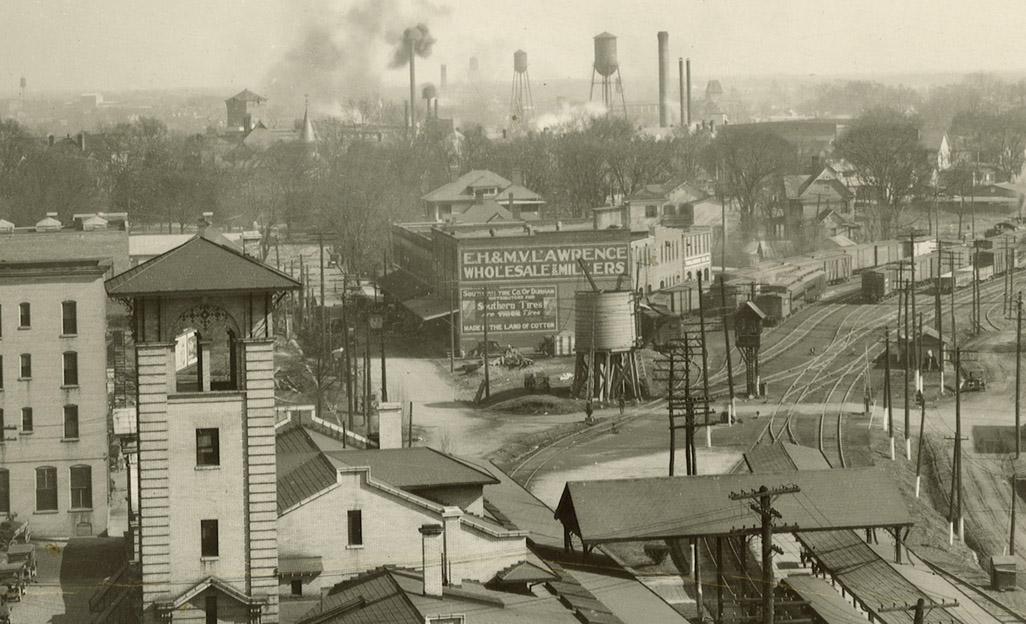 (Courtesy Duke RBMC)
Looking east from the First National Bank building, 1920s - the structures begin with "MV Lawrence Wholesale." (A host of other interesting structures are visible in this shot - Carr's Somerset Villa straight ahead at the end of Peabody St., the tower of Hosiery Mill No. 1 just to its right, and the tower of the Commonwealth Cotton Co. to the right of the smokestacks.)
(courtesy Duke Archives) 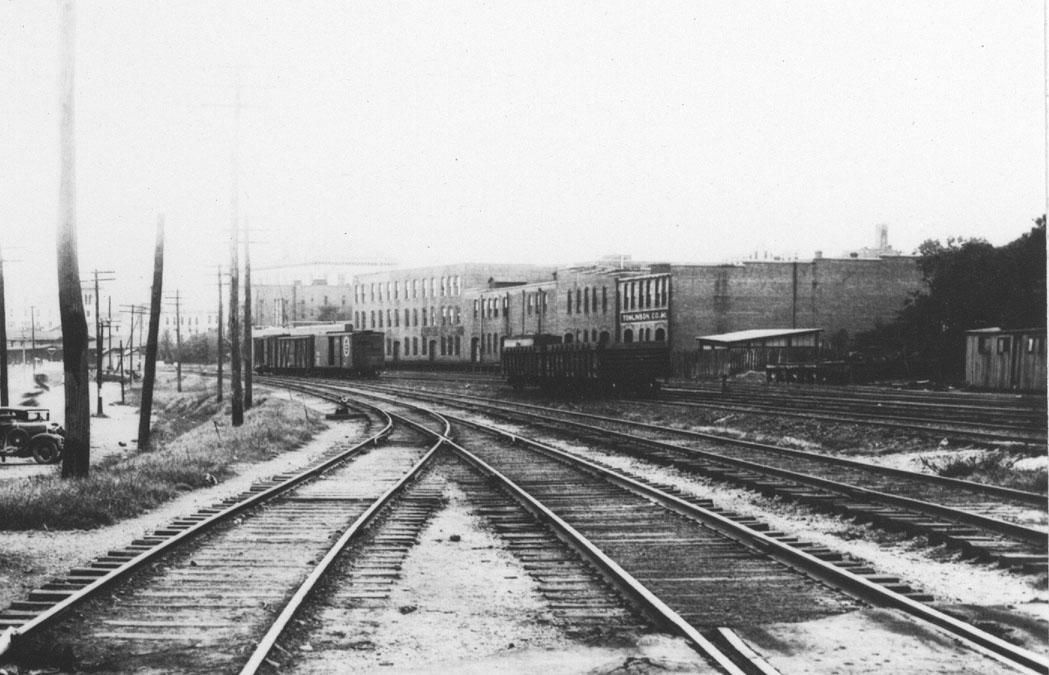 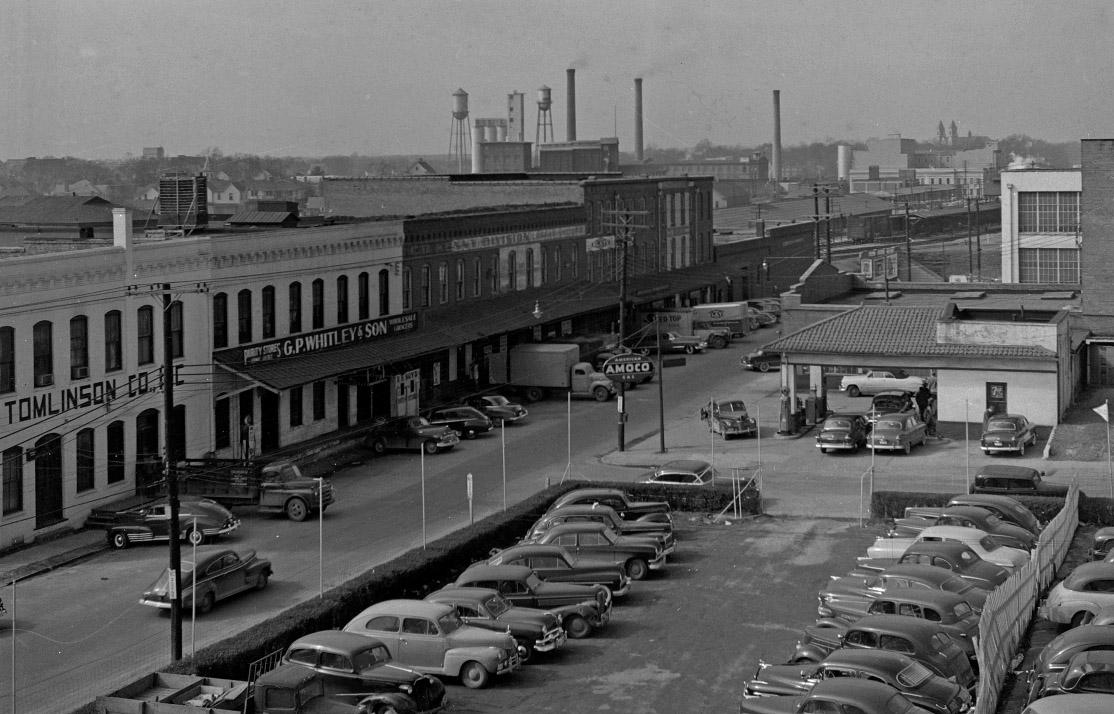 It appears this structure was demolished prior to urban renewal. 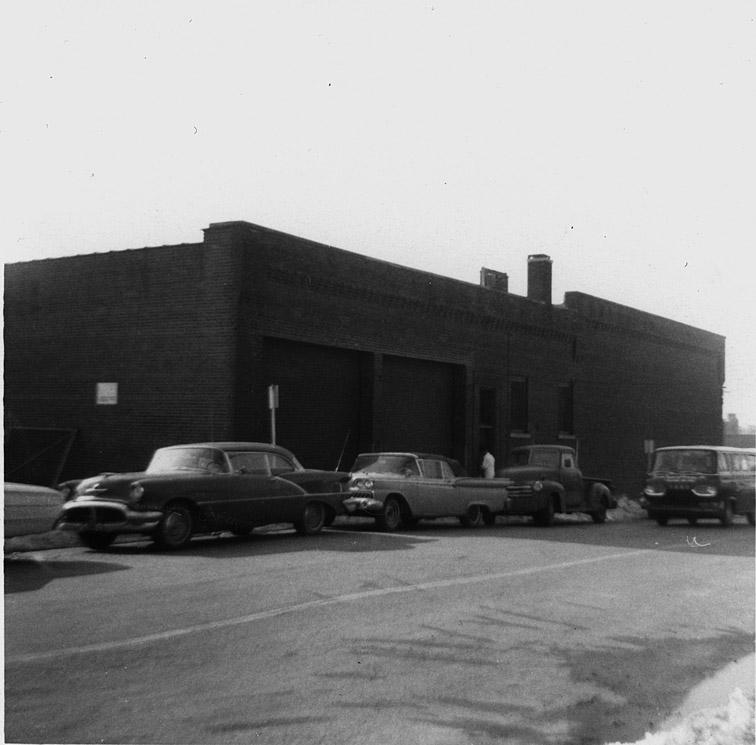 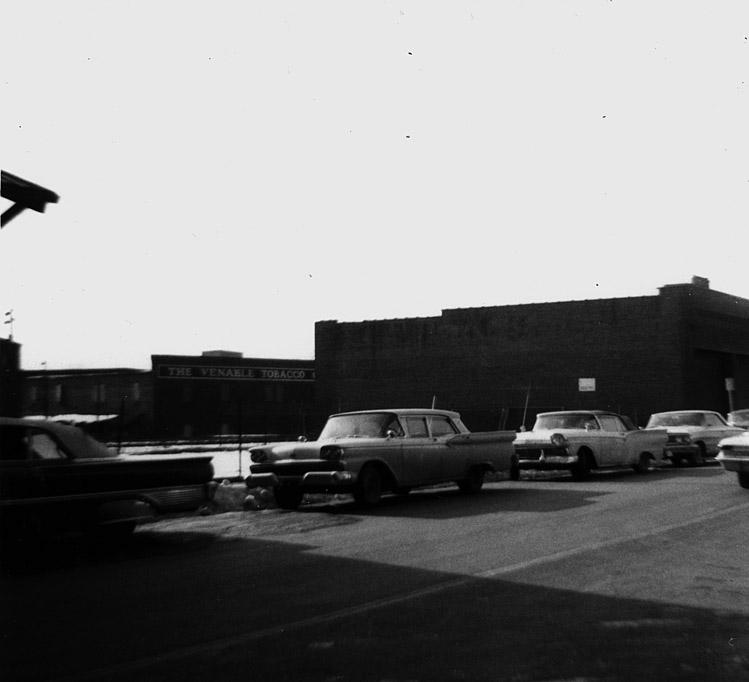 Ramseur St. was extended west through their former location to connect to the Loop just west of Roxboro. You can still see a forlorn stretch of the original East Peabody here today, just north of the current Ramseur St.