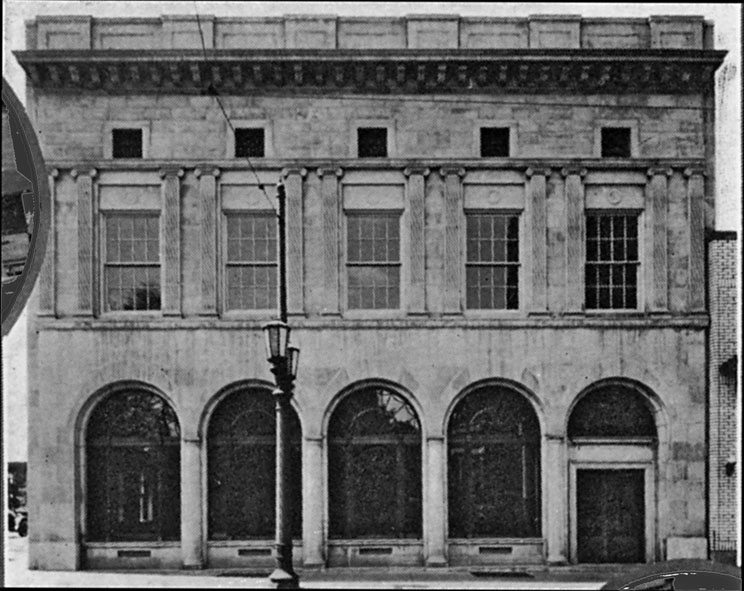 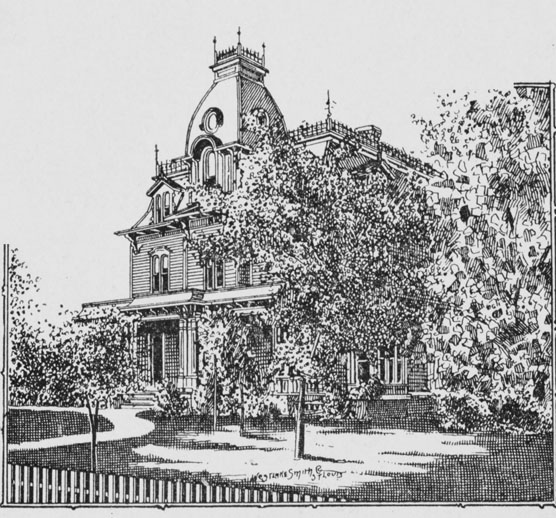 The JR Day house was built during the 1880s, and took up about half the block between Queen and Roxboro Sts. The above is a sketch from 1895 of this large, elaborate house.

I haven't located a photograph of the front of the house, but I noticed that a picture that purports to show something else entirely - the explosion of Durham's first electricity generator - actually shows the back of the JR Day house. I also think it may show the steeple of the first St. Philip's church, just visible through the trees. 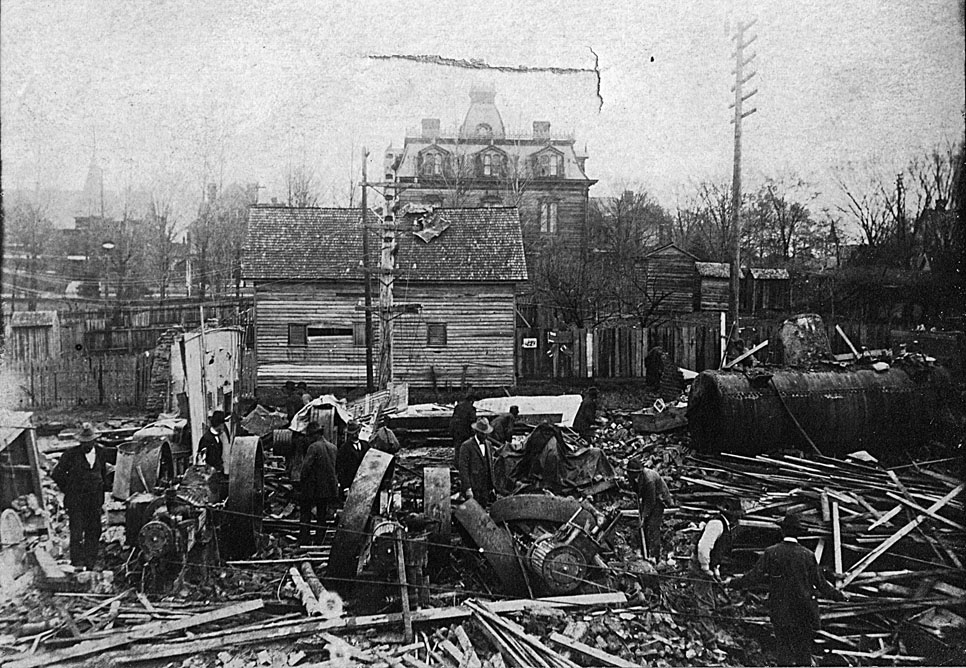 Looking north from ~Ramseur near Roxboro, 1899.

This house was torn down in the 1910s, and the land was used to develop several commercial structures - including the row of the Eligibility building, the Astor theater, and the Durham Sun - during the 1920s. Today's post will focus on the Sun building.

Durham has had series of newspapers, beginning with Caleb Green's The Tobacco Plant in 1872, which later became the Durham Globe. Amongst the series of papers started in the subsequent decades was the Durham Sun, begun in 1889 by James R. Robinson and owned and operated by him until 1910. He was known to write columns under the pseudonym-of-sorts "Old Hurrygraph."

The Sun was evidently a paper with a Conservative Democratic Party slant, at least in its early years, giving racially polarizing commentary in the 1892 elections that was critical of the populists who were advocating for the rights of African-Americans.

This building was contructed in the mid 1920s for the Sun. However, it was not used for long - in 1929, the Morning Herald's owners took control of the Sun and operations were consolidated at the Herald's Market St. offices.

In 1946, the building was purchased by the Public Service Co. of North Carolina, which utilized it for office space through the late 1970s. 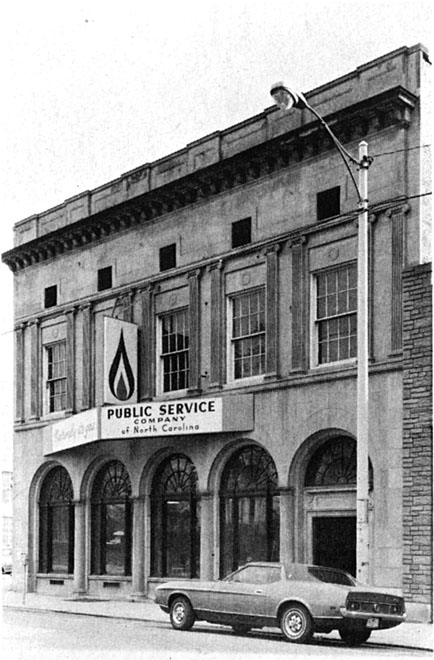 Sometime thereafter, it was used by the Salvation Army.

As of 2007, it is under private ownership "Diesel Productions, LLC") and has been refurbished. 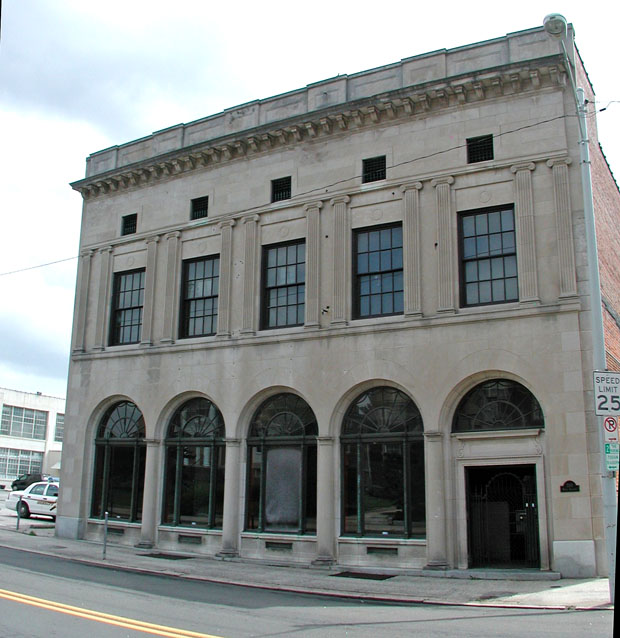 There is residential space upstairs, including a cool back deck. 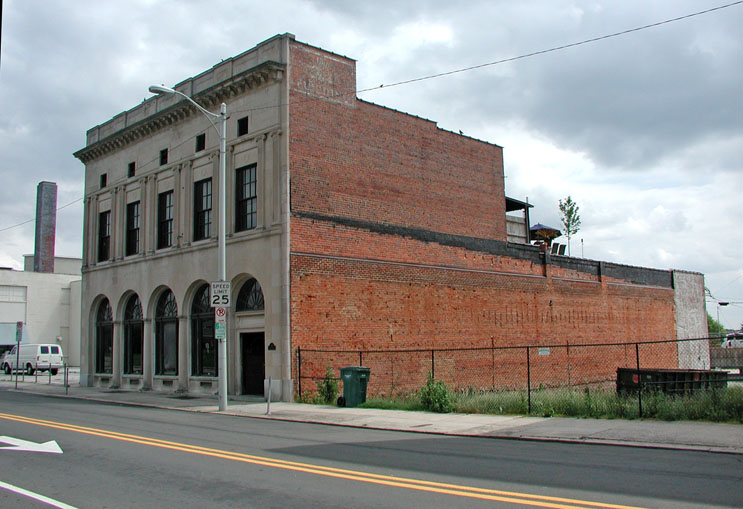 In January 2011, the wonderful first floor space opened as the Old Havana Restaurant - I had seen this space several years ago and thought it had amazing potential; the revitalization of downtown has caught up to it. 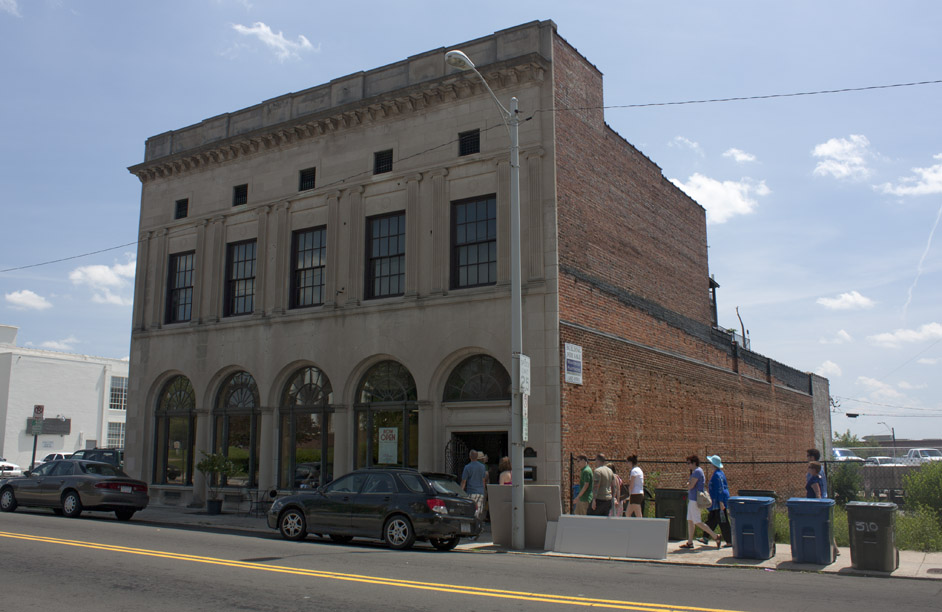 The interior captures the potential of the huge windows and coffered ceiling - with the paint, fans, and palms, it does feel like a small trip into Havana, New Orleans, Miami, Nassau, or similar (since I've never been to Havana.) 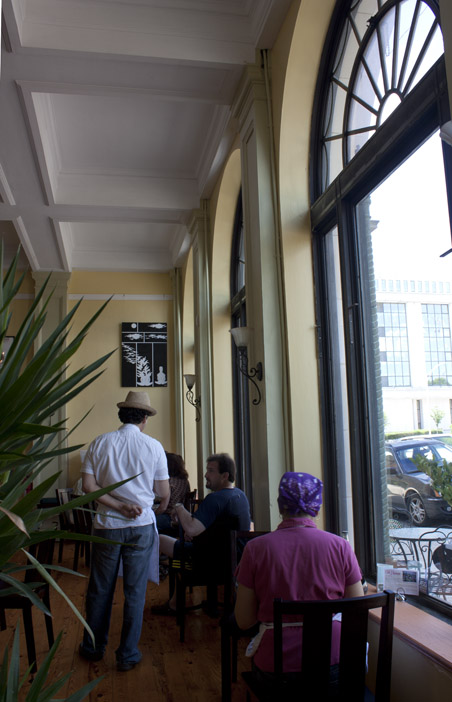 The JR Day house looks like a virtual twin to the 1870 Heck-Andrews house in Raleigh, with the exception of the window layout and a few details. I wonder if this is a more common plan for a Second Empire dwelling than I previously thought, or if they could have been the work of the same architect. I know I've not seen a whole lot of convex mansard roofed towers, which both houses have. It's unfortunate we don't have a photo of the front of the Day house for comparison, but the drawing you posted is fairly detailed. The Heck-Andrews house - The Heck-Andrews house

Now opened as the Old Havana

WHHT was the last of three

WHHT was the last of three Durham stations to sign on in 1946 after the FCC ended its World War II freeze on new licenses (the others were WDUK, 1310 AM in June, WTIK, 730 AM, on Independence Day). The station's three-tower transmitter array (5,000 watts daytime and 1,000 nighttime after their move to 1590 AM) was located on Guess Road in the area of the current Bojangle's restaurant near Interstate 85. On November 20, 1949, WHHT merged with Mutual affiliate WSSB, 1490 AM, a station still in existence today as WDUR (WDUK and WTIK merged in 1951 and exists today as WTIK, 1310 AM, from the original WDUK transmitter site on Leon Street).

Actually  WHHT's first transmitter site was off Alston ave 1 mile south of the city limits on the Collier farm.When the frequency change happened, the transmitter site was moved to a lot between Guess rd and Hillandale.Bertland ave to the north,Omah st to the east.I85 came later to the south. The lot stayed undeveloped with the 3 concrete tower bases and the ruins of the cinder block "dog houses" still hidden in the woods unitil apartments were built on the lot 2009-11.