309
Portland Avenue
Durham
NC
Cross Street
Warren Street
Year built
1930-1937
Year demolished
1967
Architectural style
Industrial
Construction type
Masonry
Metal
Neighborhood
West End
Use
Tobacco Warehouse
Building Type
Industrial
Can you help?
You don't need to know everything, but do you know the architect?
Log in or register and you can edit this. 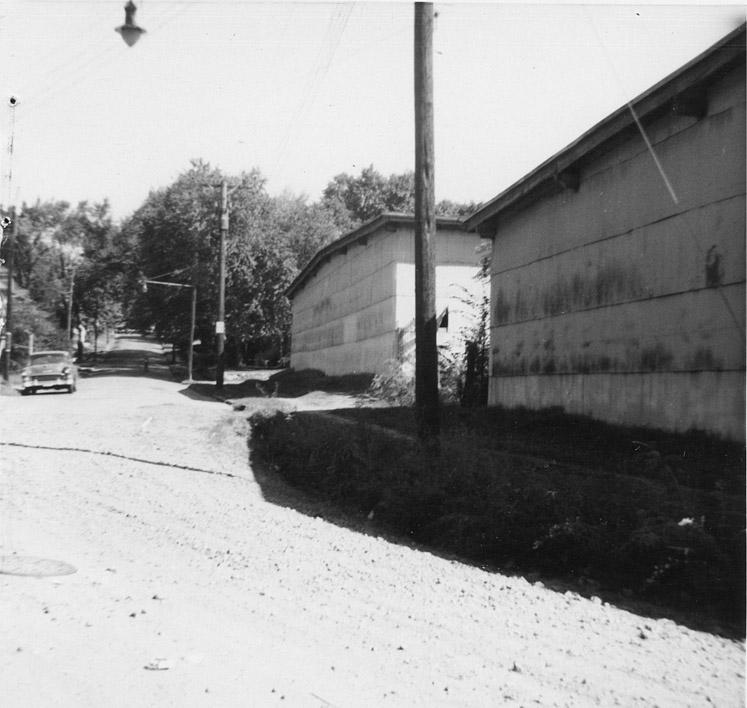 Portland Avenue was a fairly grand sounding name for a one-block long street that had been called "New Street" during the early 20th century, a street whose primary feature was two large shed warehouses that fronted on Warren Street, to the west, as well. 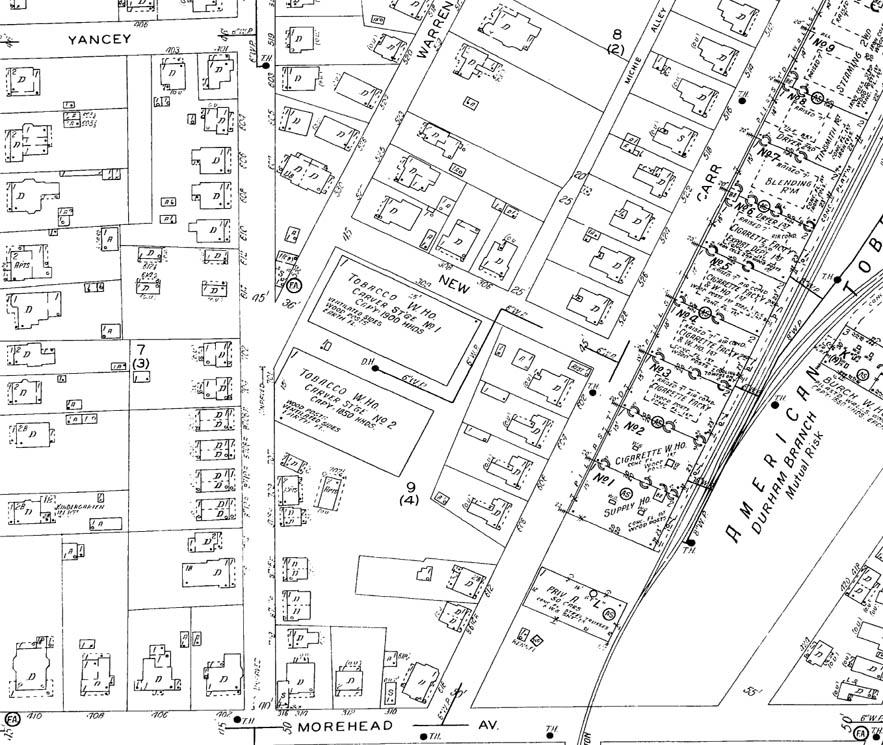 Below, an aerial shot looking north from Morehead Ave in the foreground. One of the two small houses on the north side of New Street / Portland Ave appears to have already been torn down by the time of this mid-1950s picture. 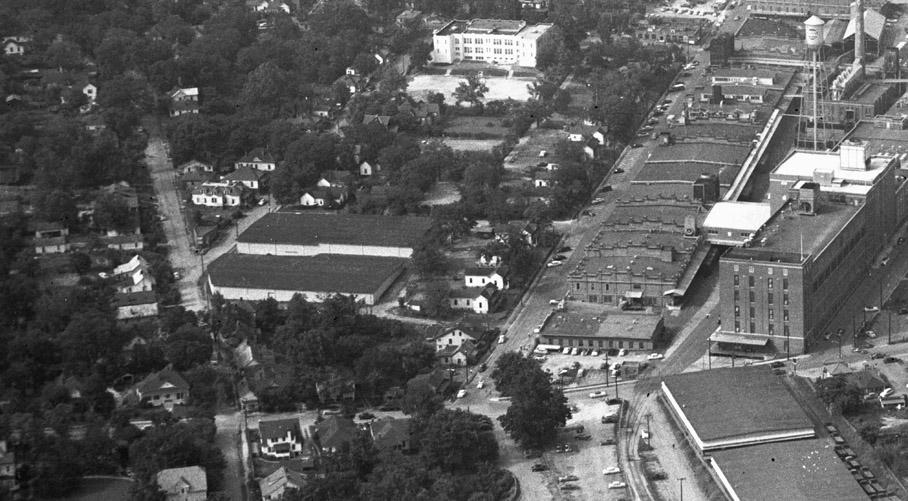 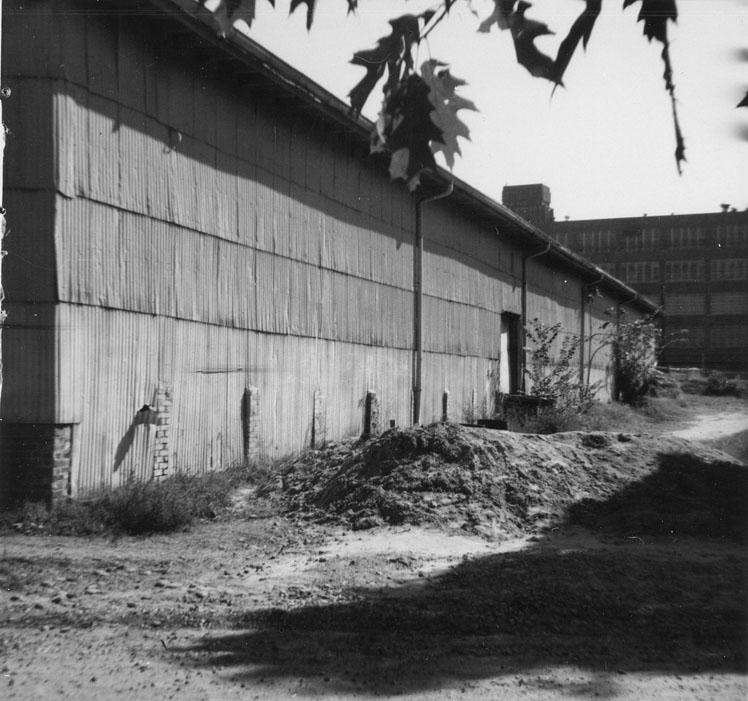 Portland Ave. disappeared in 1967 with all of the houses and buildings courtesy of urban renewal, and was converted to a massive car dealership in 1972 by the Alexander Ford Motor Co.

Ugh. Why can't they just join Elkins and go south?!