214
Formosa Avenue
Durham
NC
Cross Street
Otis Street
Year built
1948
Architectural style
Period Cottage
Construction type
Stone and wood frame
National Register
College Heights
Neighborhood
College Heights
Use
Residence
Building Type
Residential
Can you help?
You don't need to know everything, but do you know the architect?
Log in or register and you can edit this. 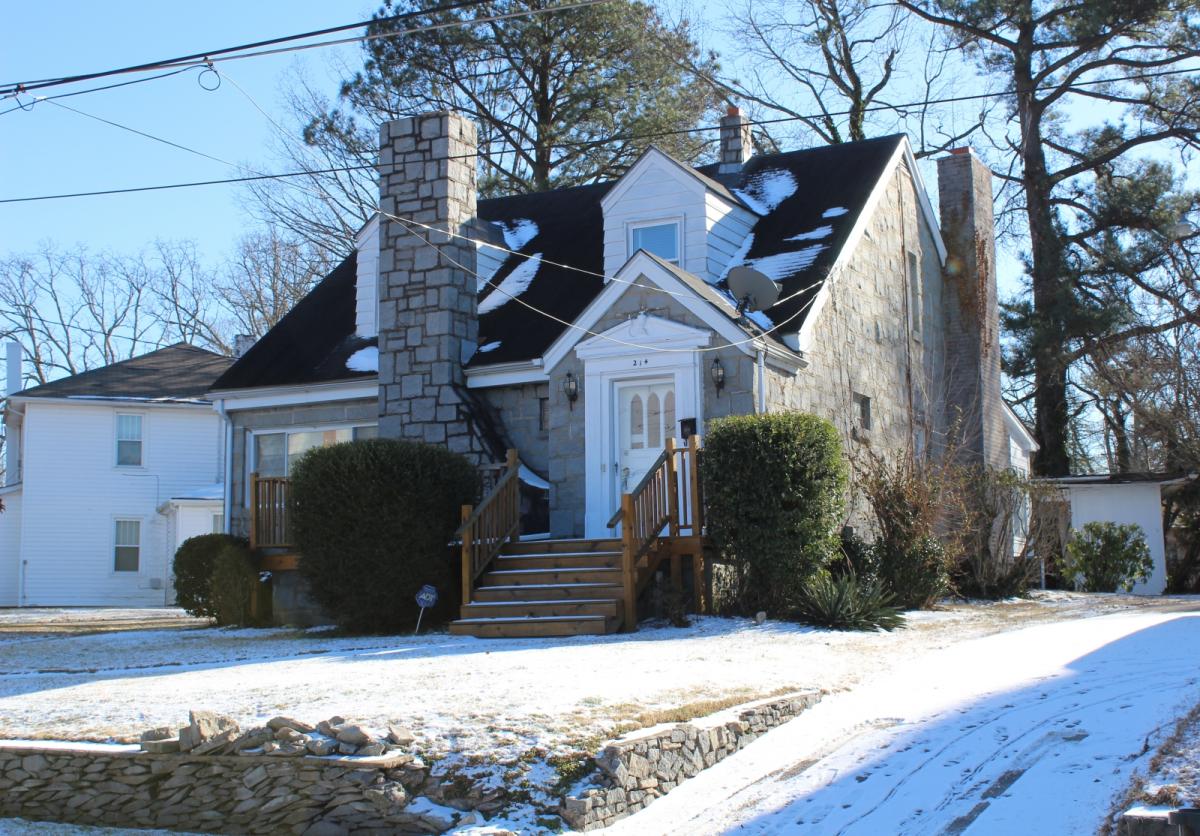 One of a number of stone houses in the district, this one-and-a-half-story, side-gabled Period Cottage is three bays wide and triple-pile with flush eaves. The house features mostly replacement slider windows, though original diamond-pane casement windows flank a picture window on the left (east) end of the façade. Near the center of the facade is a prominent, front-facing, stone chimney with a glass block window to its right (west). At the far right end of the façade is a projecting, front-gabled entrance bay with a three-light-over-three-panel door with classical surround with fluted pilasters and a broken pediment. The entrance is accessed by a modern, uncovered wood deck that extends across the right two bays of the façade. Two gabled dormers on the façade have aluminum siding and replacement windows. There is an interior stone chimney and the right elevation features a glass block window and an exterior brick chimney near its rear. A one-story, shed-roofed frame wing extends from the right rear (southwest) with plain weatherboards and paired windows. A loose-stacked stone wall extends across the front of the property. County tax records date the house to 1948 and the earliest known occupants are Whitley W. Bolden, a representative for NC Mutual Life Insurance Company, and his wife, Ruth Y. Bolden, in 1950.  They were the parents of three children.

Whitley Bolden and  Ruthy Bolden bought the lot from North Carolina Mutual Life Insurance Company On January 28, 1946.  After the house was built, the Boldens resided there in 1950.  Mr. Bolden died in 1994 and Mrs. Bolden died in 2001.

Ownership of the home remains in the Bolden family.