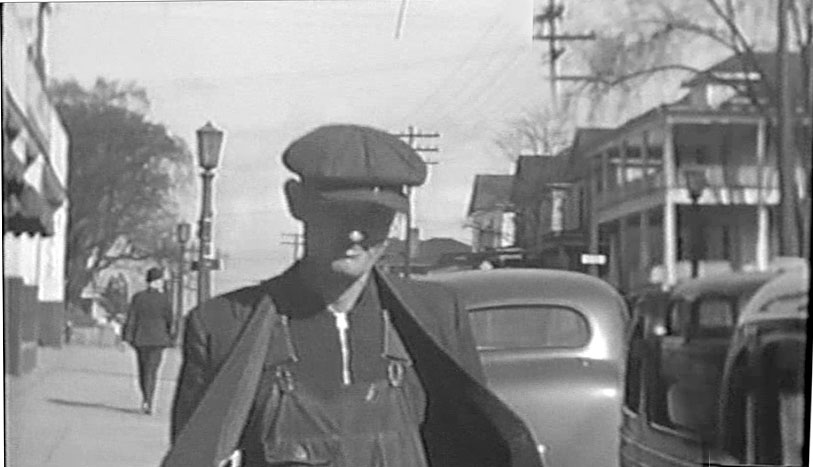 The 200 block of North Roxboro was residential well into the mid-20th century - the Afton Inn was a large rooming/boarding house ("one of the better known in Durham" according to Wyatt Dixon) in this block, seen on the right with a two-story wrap-around porch. It appears to have been known as the "Lyon House" in an earlier incarnation. This is possibly the JE Lyon House, described as designed by Byron Pugin:

contained 12 rooms, one bathroom, two small dressing rooms, lots of gables under a slate roof, a double veranda in the rear, and porches all around. 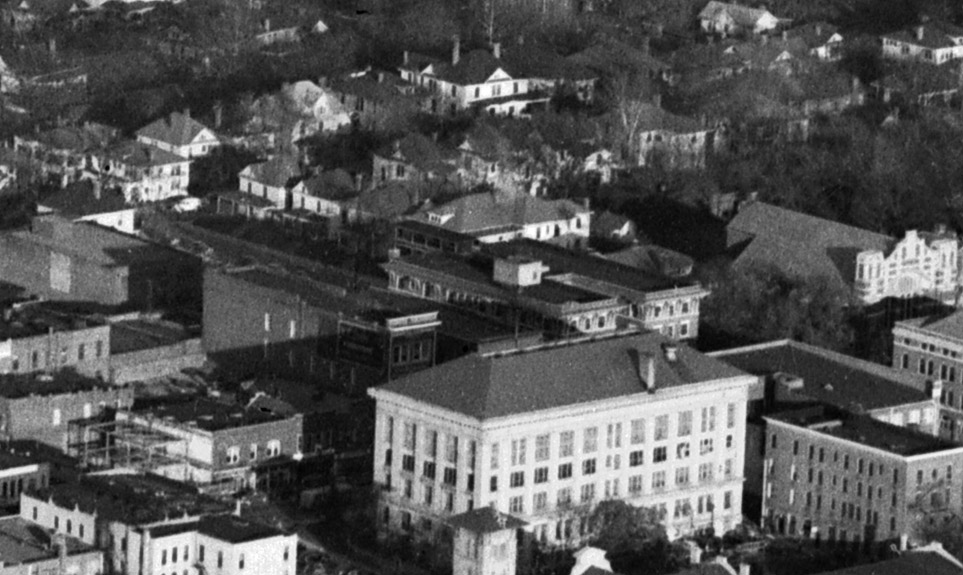 Looking northeast, 1950s. The intersection of Roxboro and Main is in the right foreground. Moving north, the large Afton Inn can be seen on the right side of the street, with three other sizable houses just to its north in the 200 block. The large houses on Liberty St. can be seen stretching from there to the east.
(Courtesy Herald Sun) 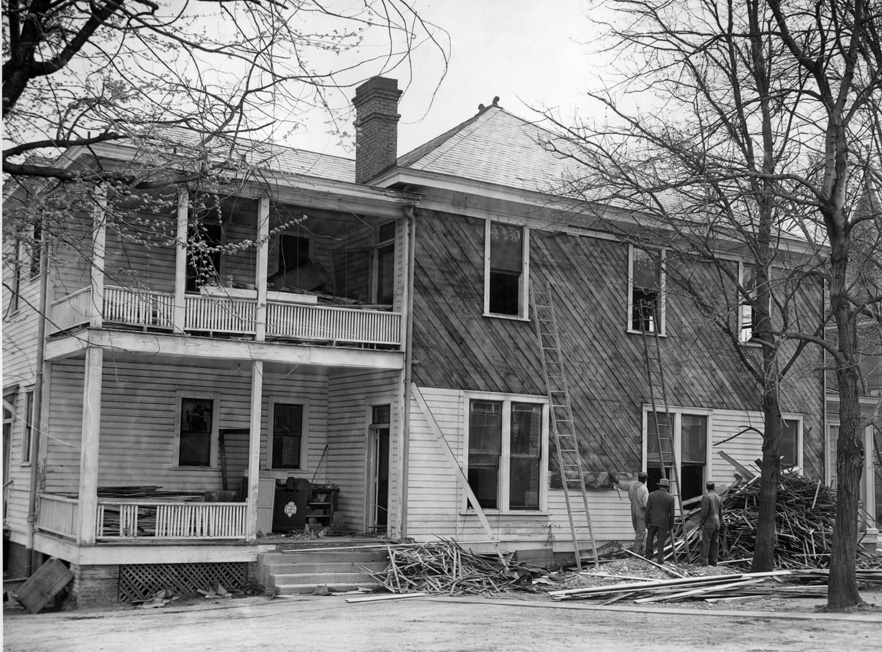 This land, after demolition of the remaining houses, became a parking lot for the First Presbyterian Church. 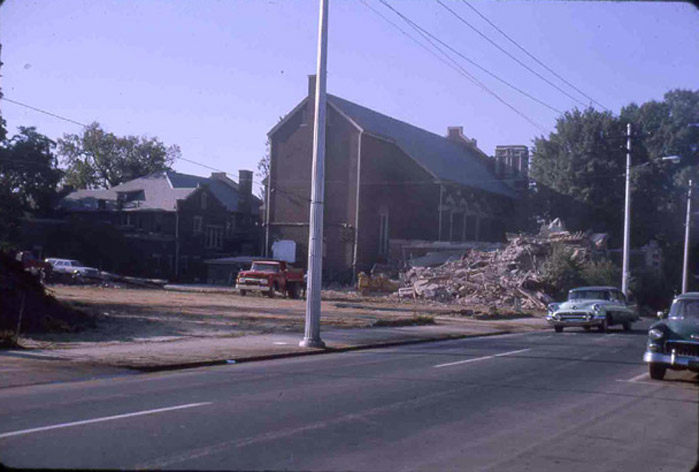 It remains a parking lot today, and is far too empty most of the time, particularly for an entire block-face. It contributes to the emptiness of the too-wide one-way Roxboro here, making the scene even more barren.