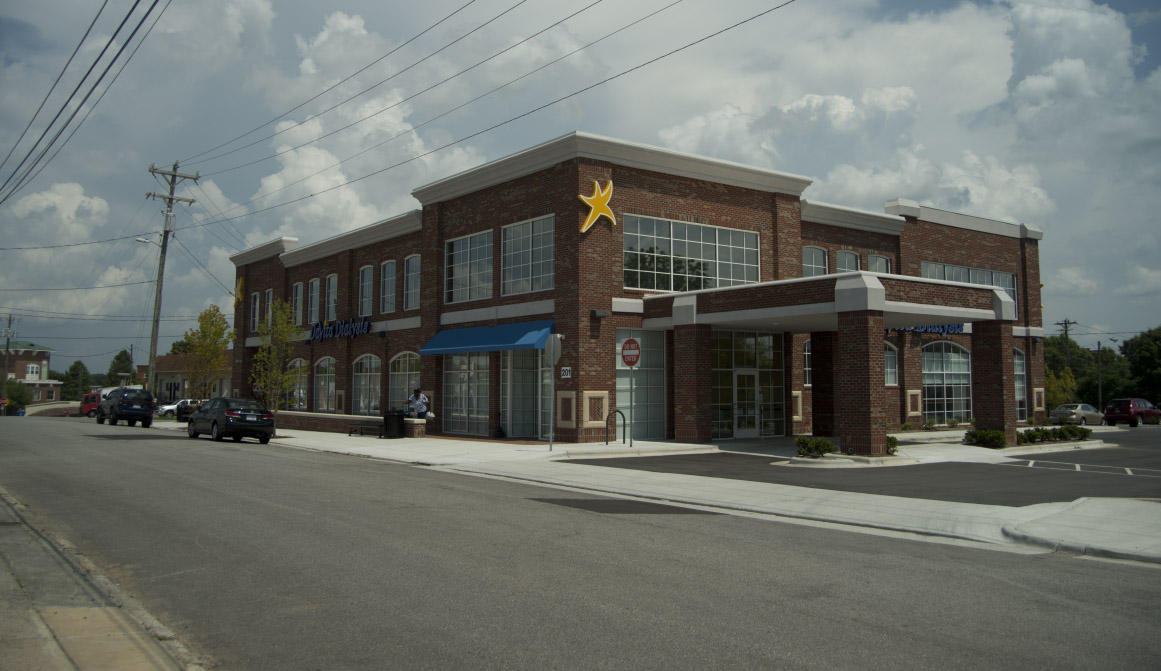 DaVita dialysis built this new construction building on vacant lots at the corner of Hood and Walker during 2012-2013. As these things go, it's not a bad building. The worst thing is their logo.

Hood Street, once called Parrish Place, was a nice residential area during the late 19th and early 20th century. These houses were gradually displaced with commercial / light industrial uses over the course of the mid-20th century. Aerial looking southwest from above the Durham Hosiery Mill No. 1. Hood and Walker is the corner in the ~right ~mid-ground of the picture, and the line of larger houses are all on Hood Street. (Courtesy Herald-Sun)

The funniest thing about this building to me is the second story. I was impressed that it was built as a two-level structure, given the propensity of these medical companies to build utterly utilitarian, single story, sprawling slab-on-grade structures. I wondered if the new downtown zoning, which has minimum height requirements, had something to do with it.

Undoubtedly so. Because evidently DaVita was so unimpressed with having to add a second floor that they made it a giant, unusable utility space. I can't imagine building a second floor and not even giving yourself the option of making it usable square footage. 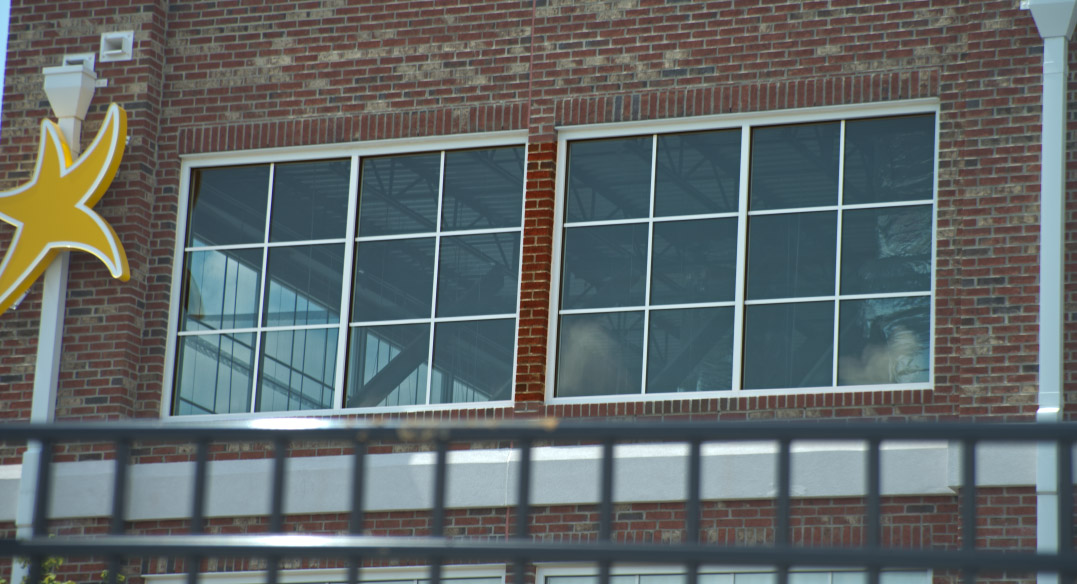 Angle bracing and duct work visible through the windows.