2003
West Club Boulevard
Durham
NC
Year built
1921
Architectural style
Four Square
Construction type
Masonry
Brick
Local historic district
Watts-Hillandale
National Register
Watts-Hillandale
Neighborhood
Watts-Hillandale
Use
Residence
Building Type
Residential
Can you help?
You don't need to know everything, but do you know the architect?
Log in or register and you can edit this. 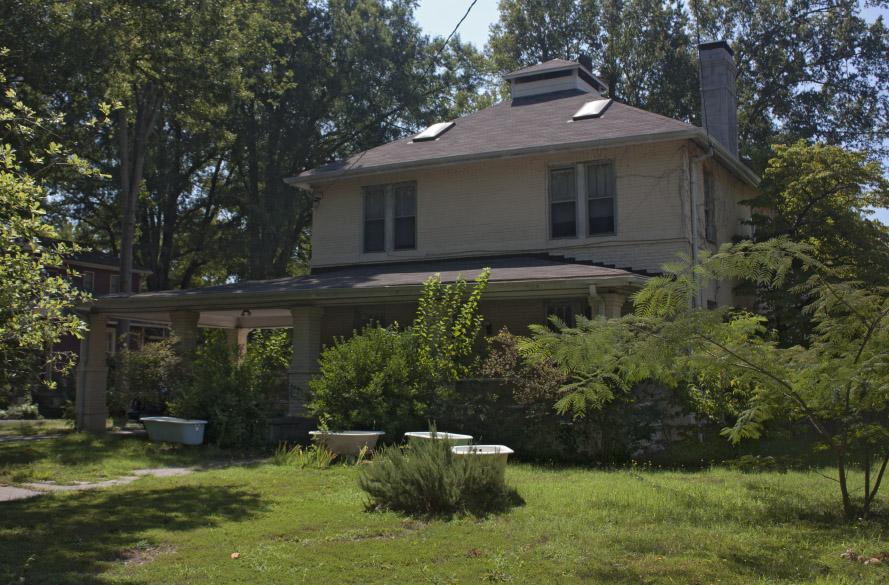 While it may more often be known as the "bathtub house" to passersby, the house at 2003 West Club was built in 1921 for William H. Woods. Woods was contractor who worked with West Durham Lumber Co. and the Durham Ice and Coal Co.

Brick Foursquare house with hip roof and a monitor at the peak also features an interior end chimney, 3-over-1 Craftsman sash windows with Queen Anne details, and a glazed and paneled front door. The hip roof, !- story porch has brick posts, an original porte-cochere, and metal railings that appear to be replacements. There is a rear 2-story addition.

Why are there bathtubs in the yard?

Those tubs came from 1119 Iredell which has at least 6 or maybe more apartments in it. The tubs were removed during renovations. I can't recall what the owner told me about when or why he moved the tubs to the front yard of 2003 W. Club, but I think he was the owner of both at one time.