1922
Cecil Street
Durham
NC
Year built
1949
Architectural style
Ranch
Construction type
Frame/Aluminum Siding
National Register
College Heights
Neighborhood
College Heights
Use
Residence
Building Type
Residential
Can you help?
You don't need to know everything, but do you know the architect?
Log in or register and you can edit this. 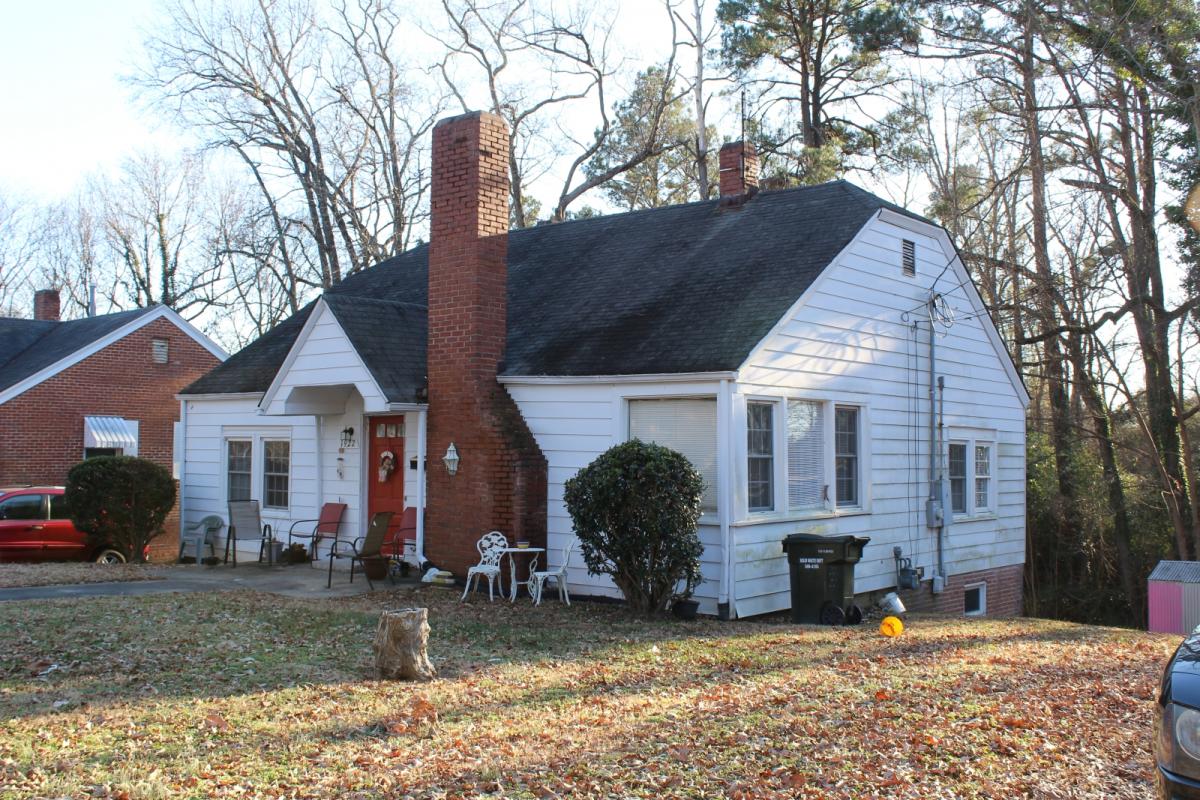 This one-story, clipped-side-gabled house is three bays wide and double-pile. It has aluminum siding, vinyl windows, an interior brick chimney, and a front-facing exterior brick chimney on the façade. A three-light-over-four-panel door centered on the façade is sheltered by a projecting, cantilevered, front-gabled roof and accessed by a wide concrete stoop. To the right (northwest) of the entrance is an exterior brick chimney. The rightmost bay and the front bay of the right elevation both feature large fixed windows indicating that it is likely an enclosed porch. A prefabricated metal shed stands southwest of the house. County tax records date the house to 1949 and the earliest known occupant is Edward Lloyd, an employee at Berry Construction Company, in 1950.

According to the Durham County Old Index Book, Mr. Lloyd bought the lot from North Carolina Mutual Life Insurance Company on March 3, 1948.  Edward Lloyd and his wife, Dorothy Lloyd built their house and raised two children.  The family lived in the home for many years.  On November 29, 2007, Dorothy Lloyd, a widow, her son Edward Lloyd, and daughter, Gail Lloyd sold the house to Shelia A. Huggins and her husband, John W. Kirby, and Alfred W. Walker and his wife, Toni A. Walker.  They acquired the house as rental property.

On June 10, 2010, the Federal Home Loan Mortgage Corporation took possession of the house and sold it to Rhythm Realty LLC on September 14, 2010.  Rhythm Realty LLC remains the owner of the property and it is a rental investment.