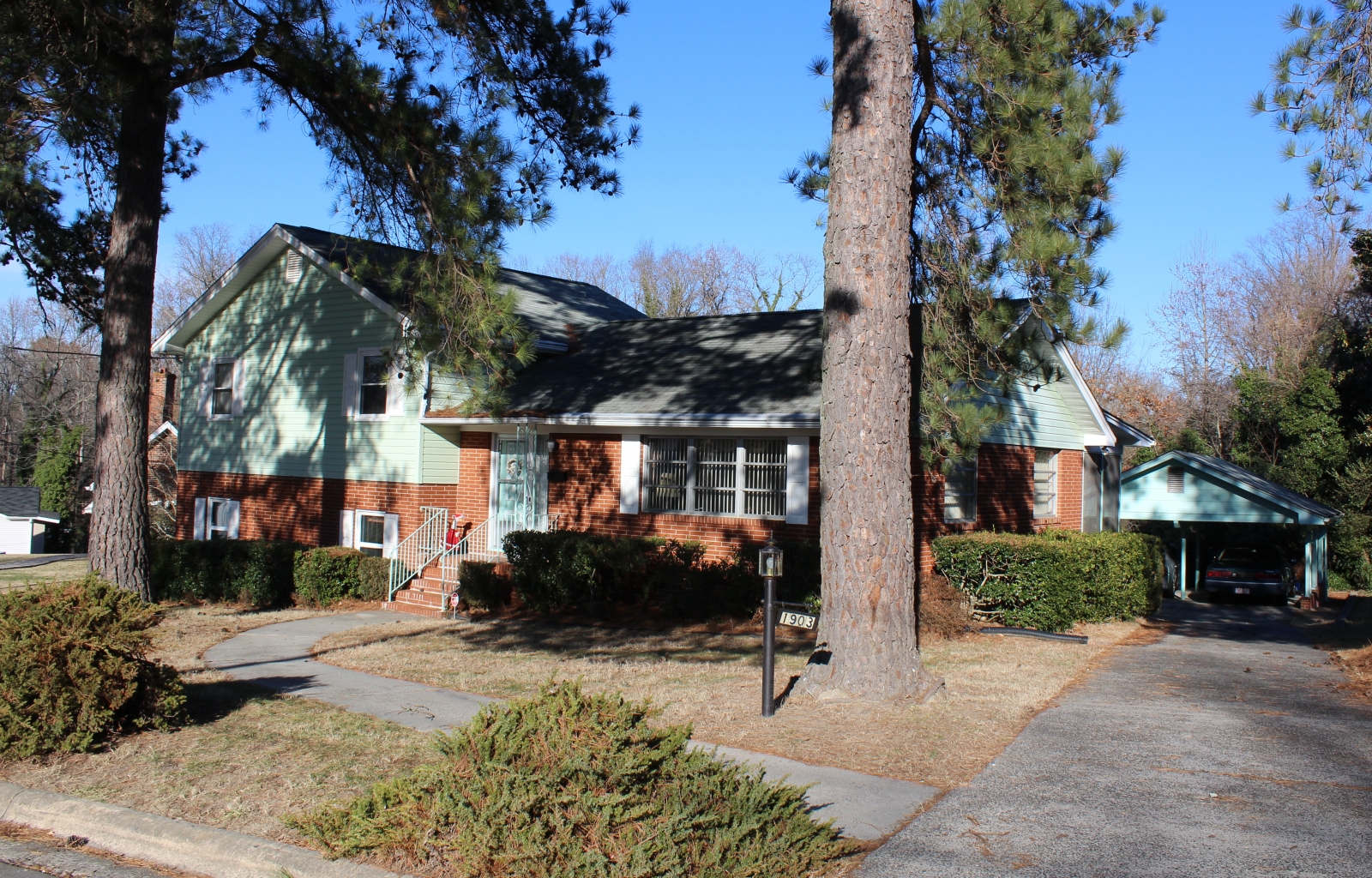 One of only a few split-level houses in the district, this building features a one-story, side-gabled section on the right (south) with a two-story, front-gabled section at the left (north). The one- story section has a brick veneer, stacked metal-frame awning windows, arranged in a group of nine on the façade, and vinyl siding in the gable. A solid door with molding applied to create three panels is located at the left end of the one-story section. It has a one-light sidelight and is sheltered by a shallow shed roof on decorative metal posts. The two-story section is two bays wide and double-pile with a brick veneer at the lower level, vinyl siding at the upper level, an exterior brick chimney on the left elevation, and vinyl windows throughout. A shed-roofed screened porch is located at the right rear (southeast) behind the one-story section. The earliest known occupants are Harry B. Edmonds, a teacher at Merrick-Moore School, and his wife, Rebecca P. Edmonds, in 1962. The couple was also employed at North Carolina Central University, Harry as a coach, and Rebecca for the registrar.  They were the parents to a son and a daughter.

On May 21, 1956, Harry J. Edmonds and Rebecca P. Edmonds purchased the lot from William M. Rich.  They did not complete building their new home until 1962.

Prior to moving into this house, the Edmonds lived in another College Heights residence, 2112 Duncan Street.  Mr. Edmonds was the brother of Dr. Helen G. Edmonds, who lived at 118 Nelson Street in College Heights as well.

On May 8, 1991, Mr. and Mrs. Edmonds sold the house to Luther Williams and Lucille B. Williams.  Mrs. Williams still resides in the house.