1814
Cecil Street
Durham
NC
Year built
1964
Architectural style
Ranch
Construction type
Brick/Frame
National Register
College Heights
Neighborhood
College Heights
Use
Residence
Building Type
Residential
Can you help?
You don't need to know everything, but do you know the architect?
Log in or register and you can edit this. 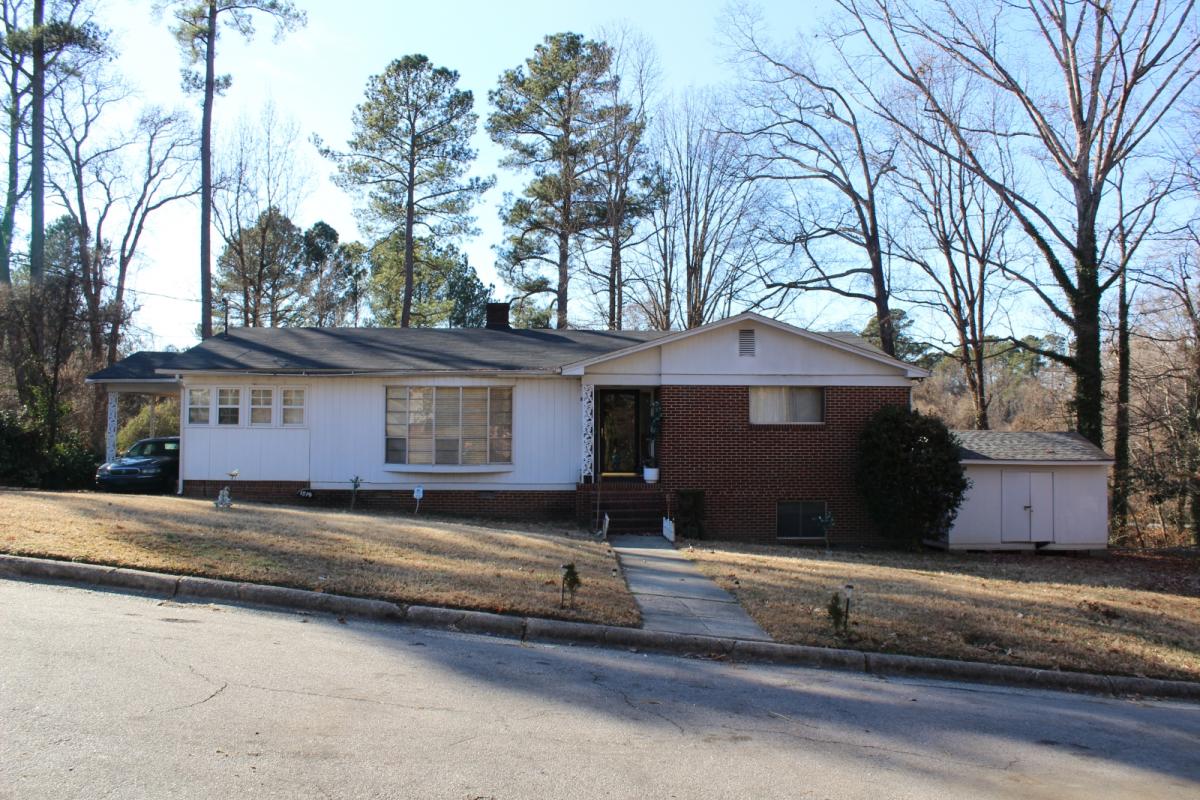 Located at the west end of Cecil Street, this one-story, side-gabled Ranch house is four bays wide and double-pile with a projecting front-gabled wing on the right (north) end of the façade. The house has a brick veneer with vertical wood sheathing in the gables and on the left (south) half of the façade. It has aluminum slider windows, rectangular louvered vents in the gables, and an interior brick chimney. The replacement door has fluted glass sidelights and is sheltered by an inset porch on the left side of the projecting wing, supported by decorative metal posts. To the left of the entrance is a thirty-light, metal-frame bow window. A shallow, inset porch at the left end of the façade has been enclosed with vinyl windows over a plywood-covered half-wall. There is a gabled carport on the left elevation supported by decorative metal posts and a gabled ell at the right rear (northwest). County tax records date the house to 1964 and  was built for Nathan Garrett, a CPA, and his wife, Wanda Garrett, an English teacher at Hillside High School, in the early 1960s.  Mr. Garrett was the first African American certified public accountant in North Carolina.

James Tucker and Caroline Tucker sold the lot and house to the Garretts on June 11, 1965.  Mr. and Mrs. Garrett lived in the house until 1984.  They have remained owners of this property and it is rental property.