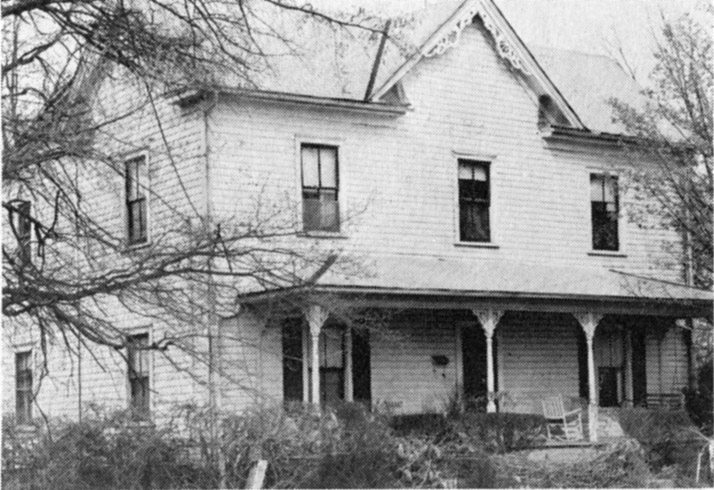 One of the oldest houses remaining in East Durham, the Cheek Farmhouse at 1805 Vale Street was once at the center of a significantly larger piece of land. By 1905, the farmhouse and land were in the possession of Howard A. Foushee (b. 1870 - d.1916) and he subdivided the large property into building lots. 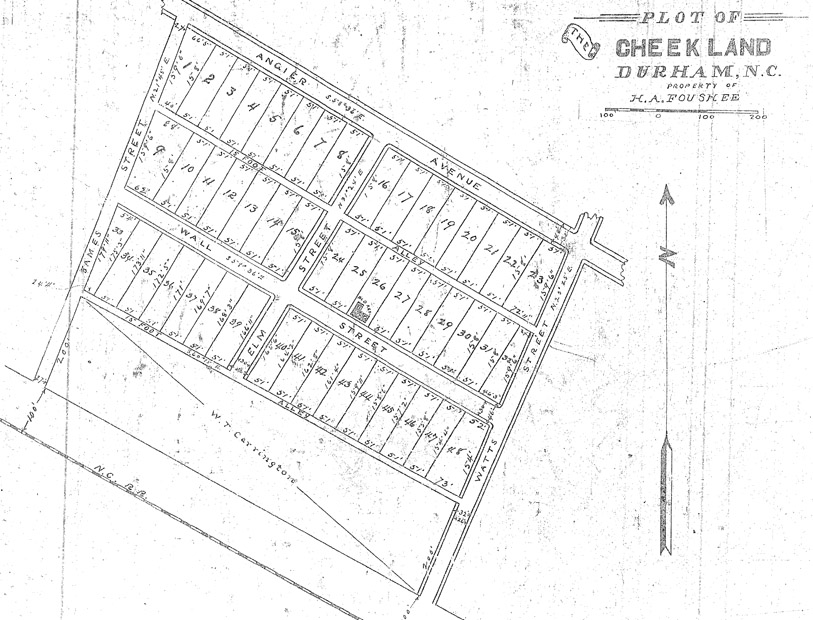 The inventory surmises that the house was remodeled sometime in the early 20th century, which is consistent with some of the architectural detail that would have been inconsistent with a mid-19th century farmhouse.

The house has been owner-occupied since the mid-2000s. 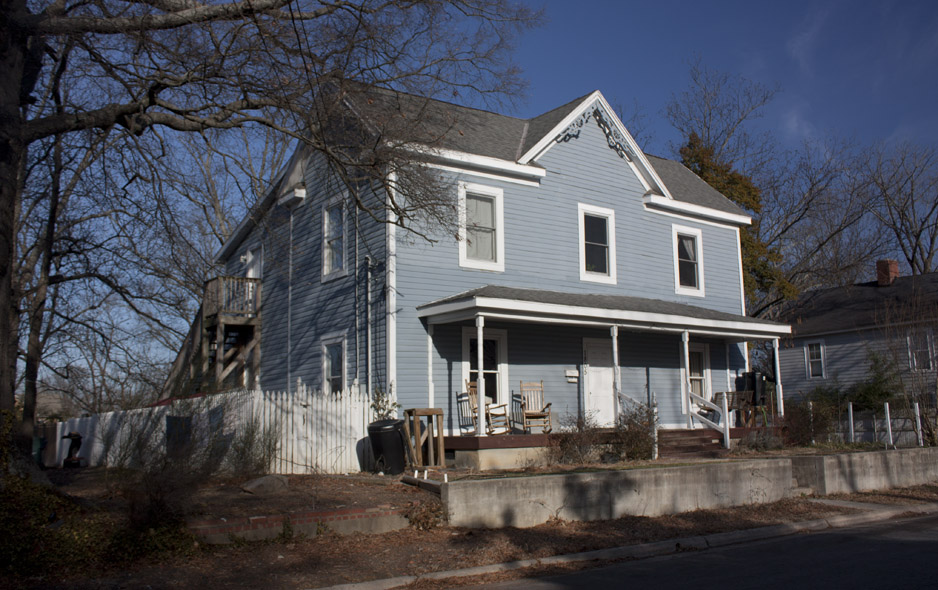 (Below in italics is from the 2004 East Durham National Register listing; not verified for accuracy by this author.)2-story side-gable I-house with a front cross-gable with sawnwork bargeboard, German siding, and a hipped porch. Alterations include replacement sash windows and replacement turned porch posts. This property was the center of the large Cheek farm that was subdivided in 1905. J.N. Cheek, listed in 1880s city directories as an East Durham farmer living near a cooton mill, was probably the owner. The interior contains some Greek Revival-style mid-19th century doors. The house may have been rebuilt from an older house or the doors may have been salvaged from another house. [Roberts, Durham A & HI, 93, 1913 SM] 1930-1940 CDs: James D. Carpenter owner/occupant (boxmaker).

Duhamn has the most hideous

Duhamn has the most hideous retaining walls in the world!!!

Before the East/West Expressway was built there was a mill village on the side of Pettigrew oppisite the tracks. My first 6 years of life were spent on Barbee St., now Harnett. I would love to see some old pictures of that Barbee/Hackney/Scoggins Street area. This past year you had a picture that displayed a good deal of that area from the 50's. You could even see the farm at the end of Barbee Street which later became the site of Durham Tech. It makes sad that my first home as a child was destroyed to make room for a freeway, without a trace of was once there. I'm greatful for your efforts to preserve the past. I've been gone from Durham for over 30 years but it will always be a part of me.