1405
Humphrey Street
Durham
NC
Year built
1900-1910
Year demolished
2008-2010
Architectural style
Mill House
Construction type
Frame
Neighborhood
East Durham
Use
Residence
Building Type
Residential
Can you help?
You don't need to know everything, but do you know the architect?
Log in or register and you can edit this. 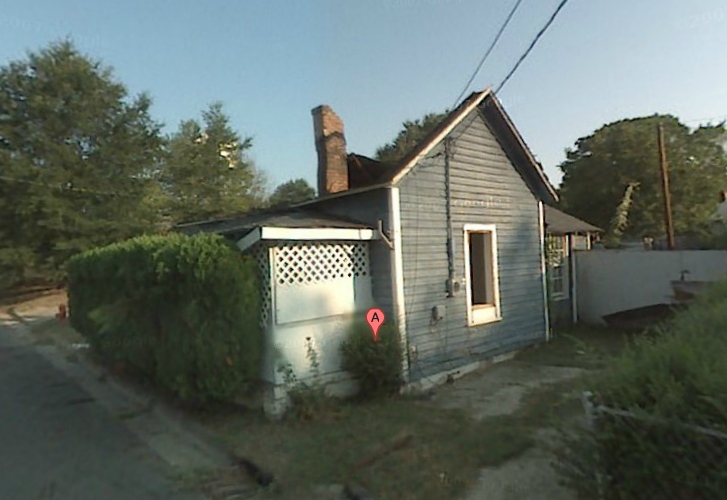 This home shows up on the 1913 Sanborn maps, so I was assume it was built in the first decade of the 20th Century. While Glenn Street/Glenn Alley shows up in city directories early on, no house numbers are specified for residents until 1926. Notice that Glenn actually used to extend from Fayetteville Road down to Bacon Street. Today the former Glenn Street  is split until numerous block long segments of varying names. 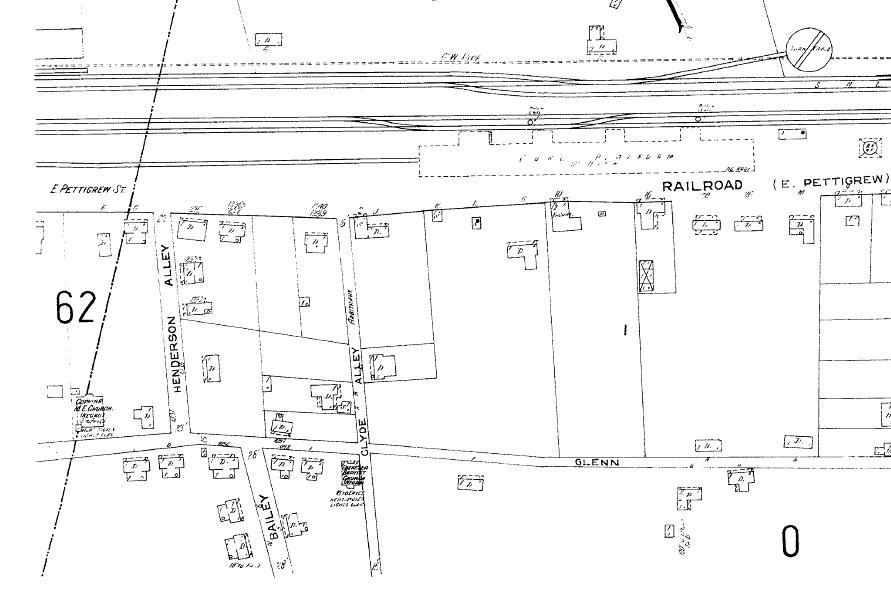 This was the home of one Farmer Booze in 1926 , who resided here with Adaline and Helen Booze.  For the next three decades though, John and Annie Mayo lived in this home. They owned a confectionery shop (one of oh.....5 within spitting distance of here) that was located at 405 Bailey.

The home was demolished sometime between 2008-2010. The remaining empty lot, combined with the vacant lots next door at 1401 Humphrey and Amber Place have been part of a neighborhood beautification project as of late.