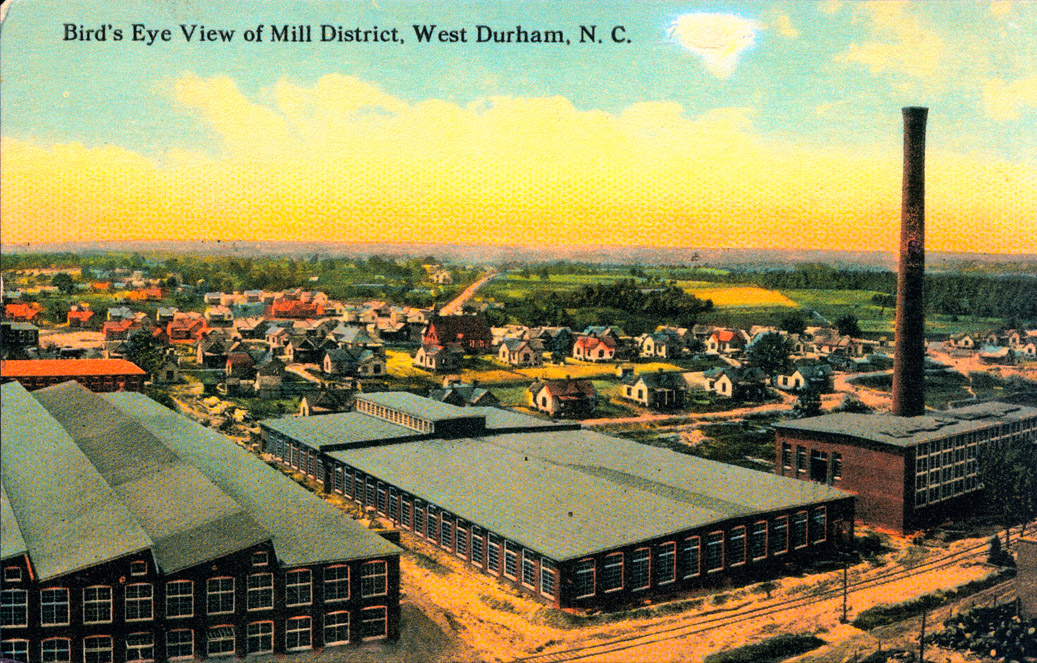 Part of Mill No. 4, and the mill village stretching westward, 1910s. The somewhat larger red-colored structure in the center of the mill houses was the West Durham Presbyterian Church, the precursor to Blacknall Presbyterian.
(Courtesy John Schelp)

It's hard to know what 'units' to use in describing the portions of the Erwin Mills / West Durham mill village. Mill houses were built contemporaneously with the mill in 1893. 440 houses had been built by 1900; mill housing extended to the west, north, south and, to a small degree, to the east. 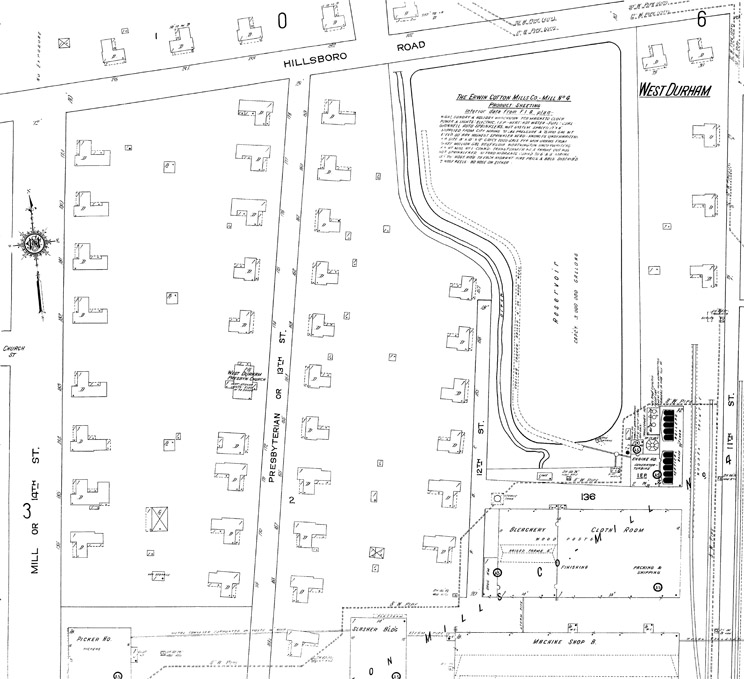 After the establishment of Blacknall Presbyterian, the West Durham Presbyterian Church was torn down and replaced with a house.

During the 1940s, Erwin Mills began to sell the houses to workers; the houses thus gradually came under private ownership. 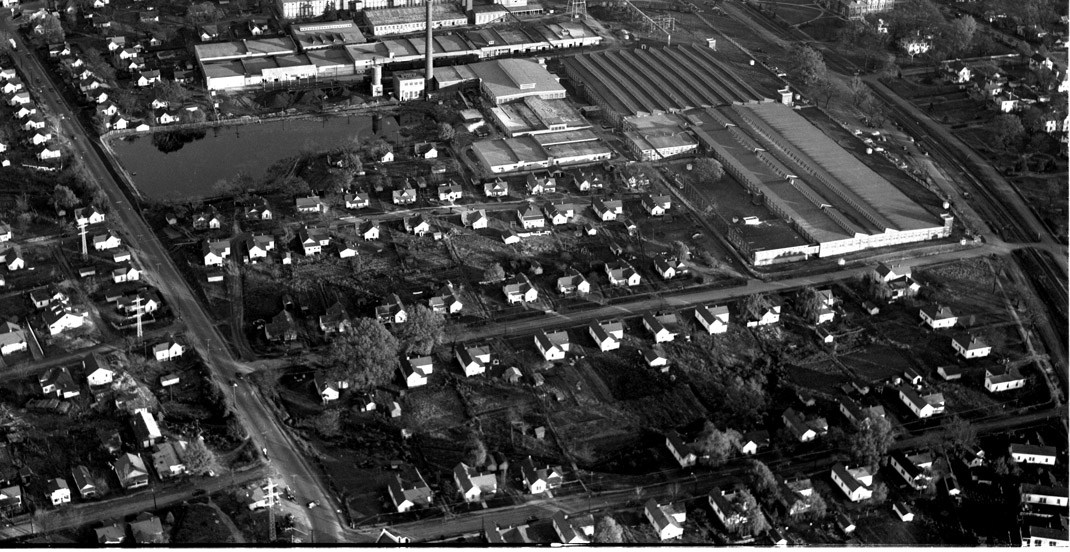 The western portion of the mill village, bird's eye view looking east from ~ above 15th street, ~1950.
(Courtesy the Herald-Sun) 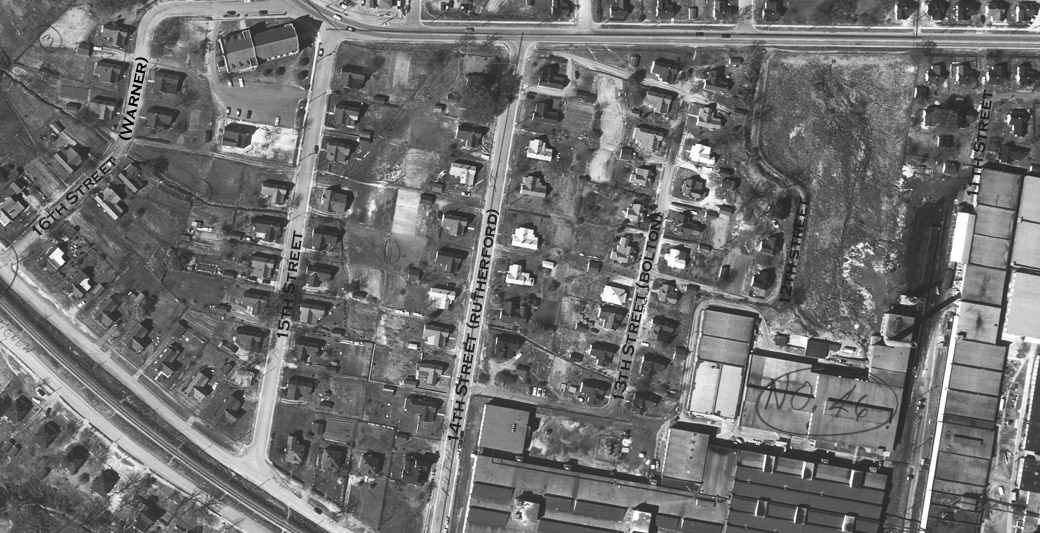 1959 aerial shot of the houses, with streets labelled.

The attrition of houses in this area has continued steadily since the 1970s. The connection of 15th Street with Anderson St. (15th did not previously cross the railroad tracks) and widening of the that street, as well as the typically rapacious appetite of churches for land (Greystone) has left little evidence of housing along 15th Street. 15th and 14th (now Rutherford) have also seen ongoing demolitions - much of which has been driven by parking for Duke and Erwin Square. 13th St., now Bolton, had been emptied out fairly well by Erwin Square, and now one side of the street is entirely taken up by the Station 9 residential development. 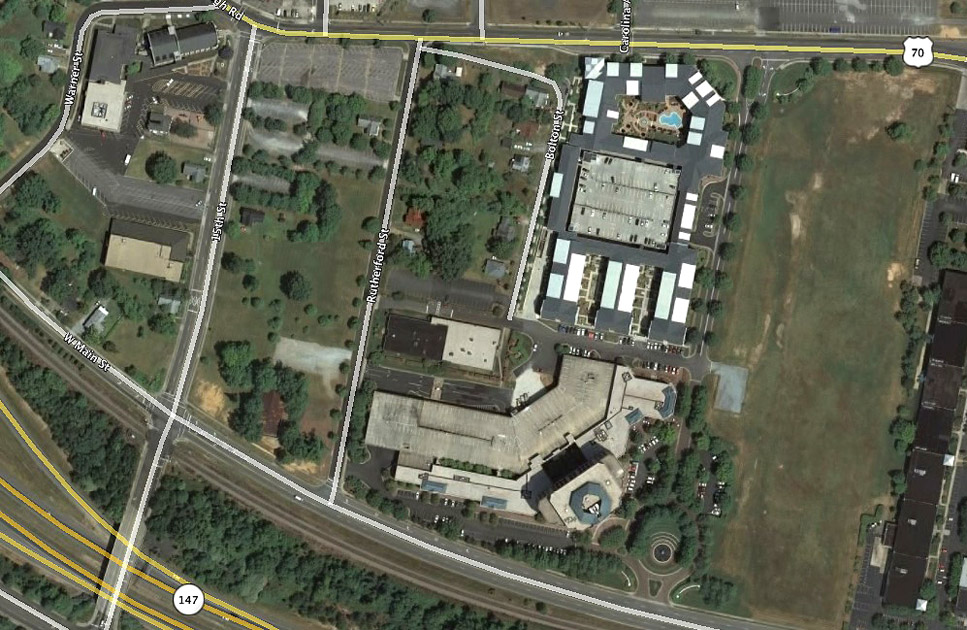 2007 aerial - the attrition of houses is evident. 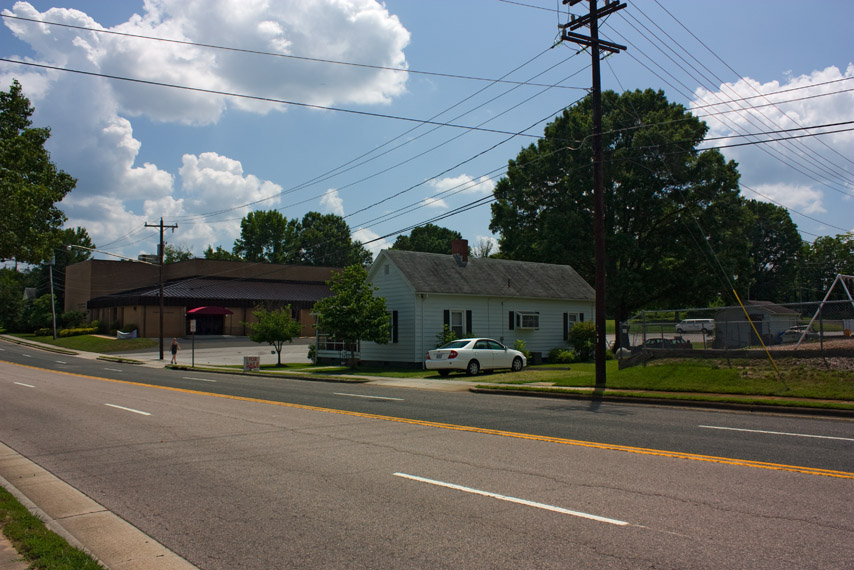 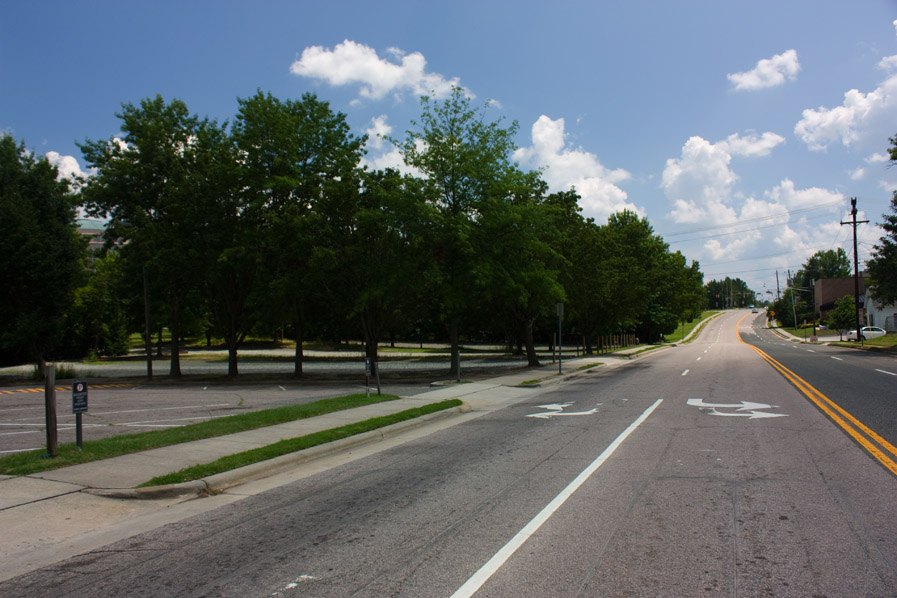 Empty parking lots dominate the east side of 15th street - one house remains on this side as well, 06.13.09

Rutherford (14th) - several houses remain on the east side of the street, but only one remains on the west side.
06.13.09

Bolton (13th) - Station 9 dominates the street, but there are several houses left standing on the west side. To the left is the approximate location of the West Durham Presbyterian Church - 06.13.09

There is a similar building

There is a similar building like the one shown in the first pic, lower left, called the Sawtooth Center in Winston Salem. It is part of an old converted textile mill that now houses an arts center. Too bad that part of Erwin Mills wasn't saved and converted to something useful. I thought the Sawtooth was the coolest building when I lived in Triad area,not to mention a great use of space.

One of those houses on

One of those houses on Rutherford was a serious party house in '89-90.

That parking lot at the top

That parking lot at the top of 15th and R'ford Streets is now bottom-of-the-food-chain parking for Duke Hospital employees...

There seems to be a lot of construction-type activity

There seems to be a lot of construction-type activity going on in the area bounded by Main, Rutherford, Hillsbourough, and 15th. Does anyone have any idea what's going on? All I can tell so far is that they're digging around in the dirt.