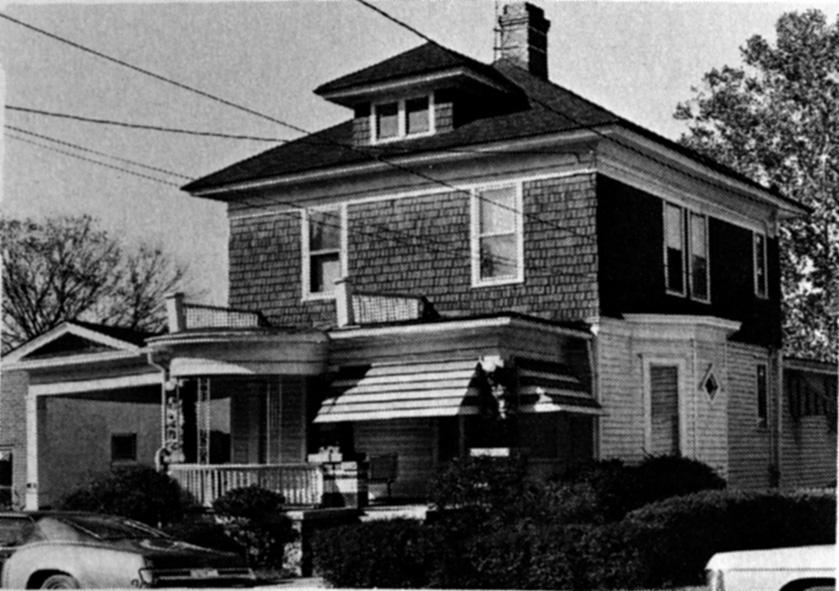 Frederick K. Watkins constructed the house at 1208 Fayetteville St. around 1913. Watkins either dubbed himself, or found himself dubbed (P.I.) 'The Movie King' for his ownership of, first, the Electric Theater, which became the Rex Theater and moved to 522 East Pettigrew St., and then the Wonderland Theater - it appears that he may have also developed the Booker T Theater on East Pettigrew St.

Watkins was evidently an exuberant figure, staging pageants and parades in which he would ride a horse, wearing a fez and tassel and other regalia.

Watkins evidently came to Durham from Mississippi, where he had run a nickelodeon. He opened the Electric in 1913, making it the second African-American movie theater in North Carolina.

Watkins had already started to spread his business again prior to the 1920s. Prior to the construction of the Wonderland Theatre, Watkins opened The Dunbar in Winston-Salem. By 1917, Watkins had established himself as the most prolific theater owner in the state of North Carolina, having opened theatres in Chapel Hill, Goldsboro, Raleigh, Reidsville and Wilson, as well as the Palace Theatre in Apex and the Dixie Theatre in High Point.

Watkins continued to expand his theatre operations by opening theaters in other states on the east coast, including South Carolina and Virginia. Watkins opened the Majestic Theatre in Martinsville, Virginia and theatres in Columbia and Spartanburg, South Carolina along with a theatre in Atlantic City, New Jersey. (I speculate that this was the Alan Theater)

Watkins first wife died in 1924, her funeral attended by a large crowd at St. Joseph's AME. He later married Parepa Bland who served as the Supervisor of Elementary School Teachers in the Durham City Schools, and evidently taught at the East End School.

In 1926 with a capital of US$100,000, Watkins organized the First National Theater Corporation to finance theater and vaudeville operation as well as film production.

Watkins lived here until death in 1955. The house is now owned by an LLC and noted as a commercial structure on the tax roll. 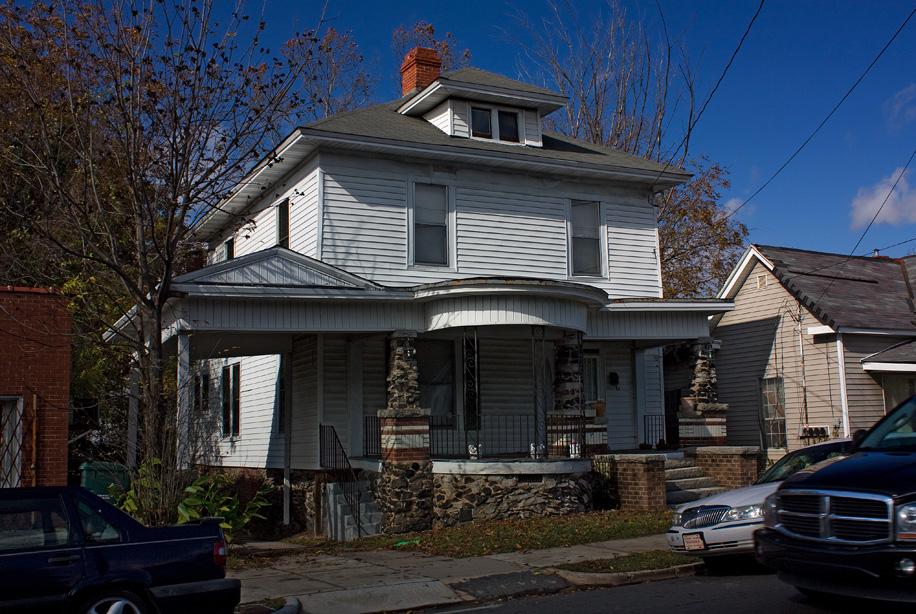 But it still bears the strong imprint of Watkins. 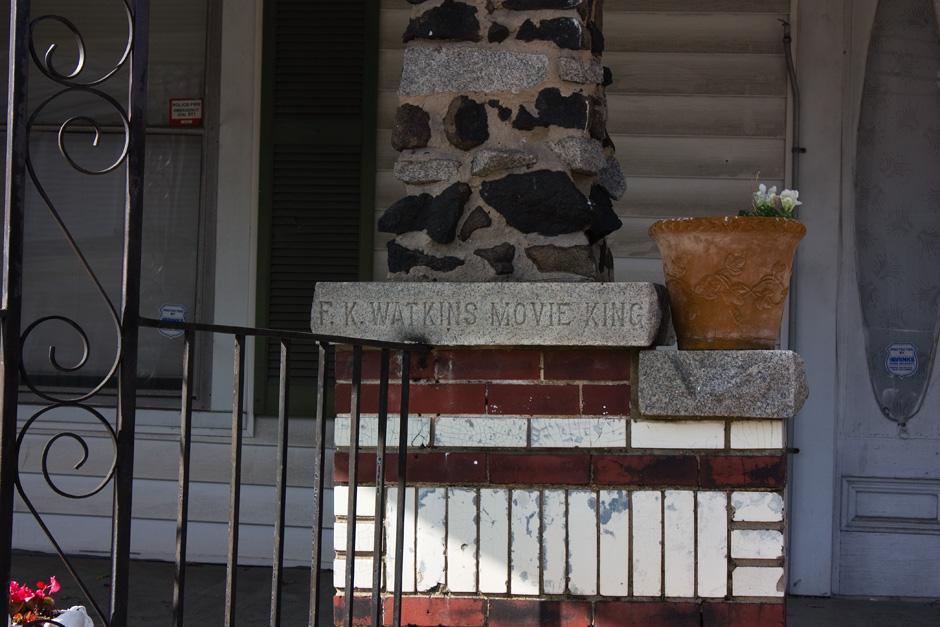 This two-story, hip-roofed Foursquare house is two bays wide and double-pile with a one-story, full- width, flat-roofed rear ell. The house has a painted brick-pier foundation, vinyl siding, one-over-one, double- hung wood sash windows on the main block and metal casement windows at the north rear. The hip-roofed front porch is supported by rubble stone posts on granite topped brick piers. Watkins was the proprietor of the Rex Theatre and one of the granite tops is inscribed, “ F. W. Watkins Movie King.” A semi-circular bay on the left side of the porch is supported by decorative metal posts. The porch is accessed by a granite stair with granite topped brick knee walls. A pedimented porte-cochere extends south from the porch; it is supported by square metal posts on stone piers. The roof has a wide overhang, an interior brick chimney in the ridgeline, and an exterior chimney on the rear ell. The hip-roofed front dormer has two single-light windows and a one- story, hip-roofed bay on north elevation has one-over-one, double-hung wood sash windows on the sides and a diamond-shaped window in the central panel. The house has a replacement front door with original oval- light sidelight to its left. The house appears on the 1913 Sanborn map.

Wish they'd use the historic rehab tax credits to remove all that aluminum. Surely this house is eligible for the National Register because of the Movie King!

Folks interested in learning more about the "Movie King" Watkins and the experiences of attending black movie theaters in North Carolina are encouraged to read UNC professor Charlene Regester's 2005 journal article in Film History entitled, "From the Buzzard's Roost:
Black Movie-going in Durham and Other North Carolina Cities during the Early Period of American Cinema".

The article can be accessed here.

This should be good...

Durham native, historian and former N.C. Central University administrator and professor Beverly Washington Jones will also be on hand to contextualize the social history of Hayti.

This event is free and open to the public.

The "From the Buzzard's Roost" article is very informative. I think someone else also wrote an article or paper on him years ago that I recall, that I used for researching Watkins.