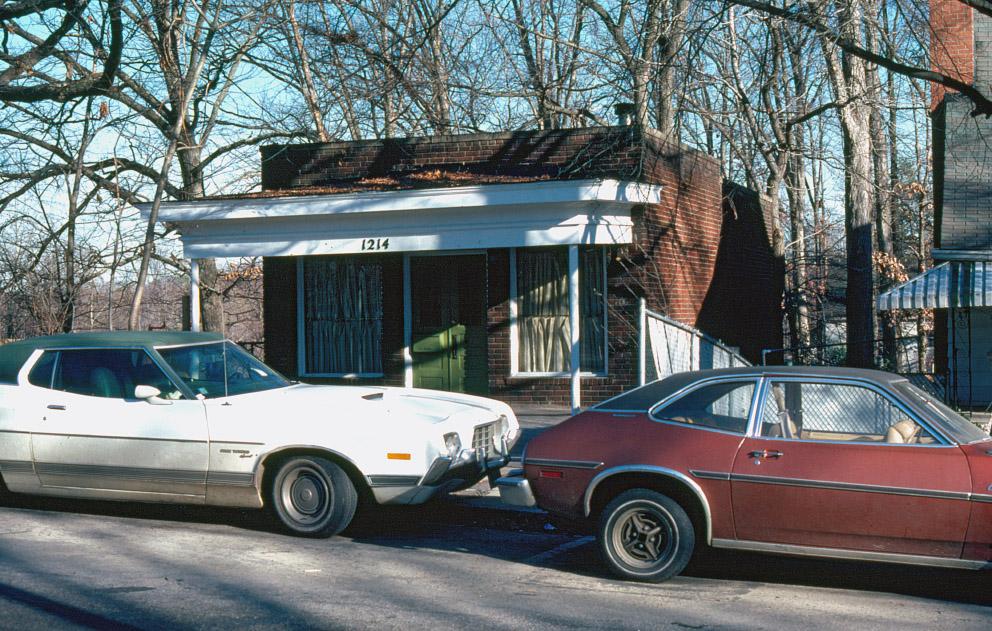 For many years, this small one story brick building at the edge of the Norfolk and Western Railroad tracks served as a grocery store for the North Durham and Duke Park neighborhoods. The standard storefront of plate glass windows flanking double doors is augmented by a full facade porch with molded fascia and box cornices reminiscent of neoclassical styling. In 1923, J.B. Mason, president of the Citizens National Bank,who lived at 1007 North Mangum Street, hired contractor Lonnie Glosson to build the store. Until 1945, it was occupied by the grocery of H. Perry Carpenter, who lived across the street at 1213 North Mangum Street. Then the business changed hands a couple of times and eventually was managed by Clyde Copley until he moved his store to the corner of East Trinity Avenue and North Roxboro Street in the mid-1950s. After standing empty for almost twenty- five years, the life of the building was extended in 1980 with an award-winning adaptive reuse as an "efficiency" dwelling.

The building was again abandoned and re-renovated in the mid-2000s. 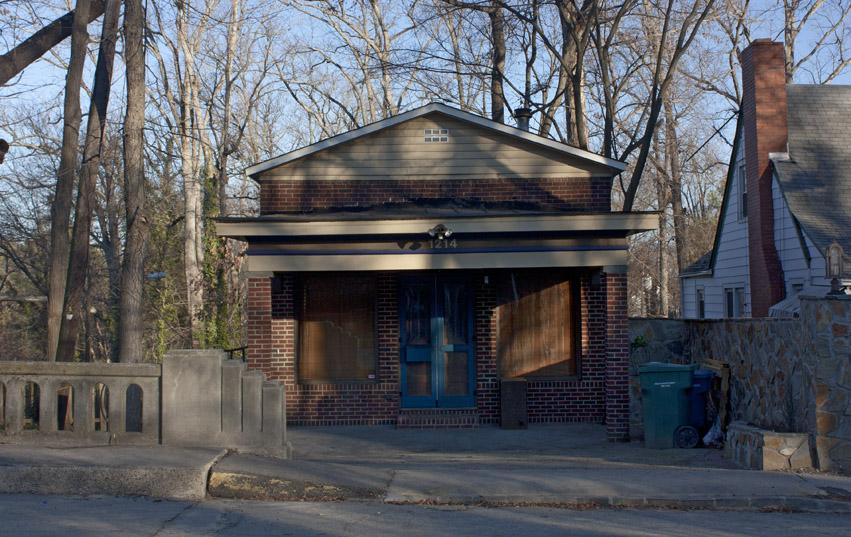 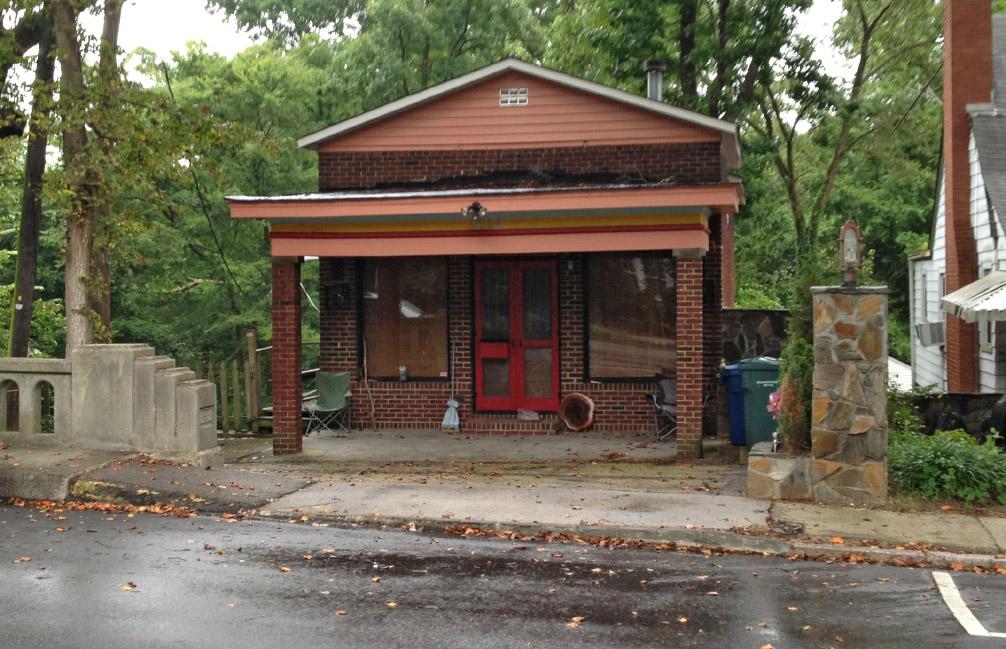 I think this store belonged to Clyde Copley a friend of my mothers family.
My grandparents lived at 116 W Lynch St.
Much of this area is still very familiar even though I have been away from Durham for around forty years. Thanks for a great site.
Rod Franklin
P.S. Belvin's store and Catsburg was good.
"Cat" Belvin was my great grandfather.

The Durham city directories indicate that this building was used as a grocery store from its very beginning in 1925 and continued on as one until at least 1958, the last directory listed online as of October 2012.

I didn't check all the rest of the intervening years, nor did I look at the paper copies in the library. Leaving something for the rest of OD readers to do!

My Grandparents ran that store in the mid 50's. Their name were Clyde E. and Alda Copley. Not sure how long they were at that location. They left and opened at the corner of Trinity and Roxboro. I am trying to get the dates from my cousin. I used to play in the basement and on the railroad tracks there. The store was called Copley's Grocery. Thanks for the memories...

May have a photo of your Grandfather with two of my uncles in uniform before "shipping out" during WWll. Will check
Rod