117
West Lynch Street
Durham
NC
Architectural style
Craftsman
Construction type
Frame
National Register
North Durham – Duke Park
Neighborhood
Old North Durham
Use
Residence
Building Type
Residential
Can you help?
You don't need to know everything, but do you know the year it was built?
Log in or register and you can edit this. 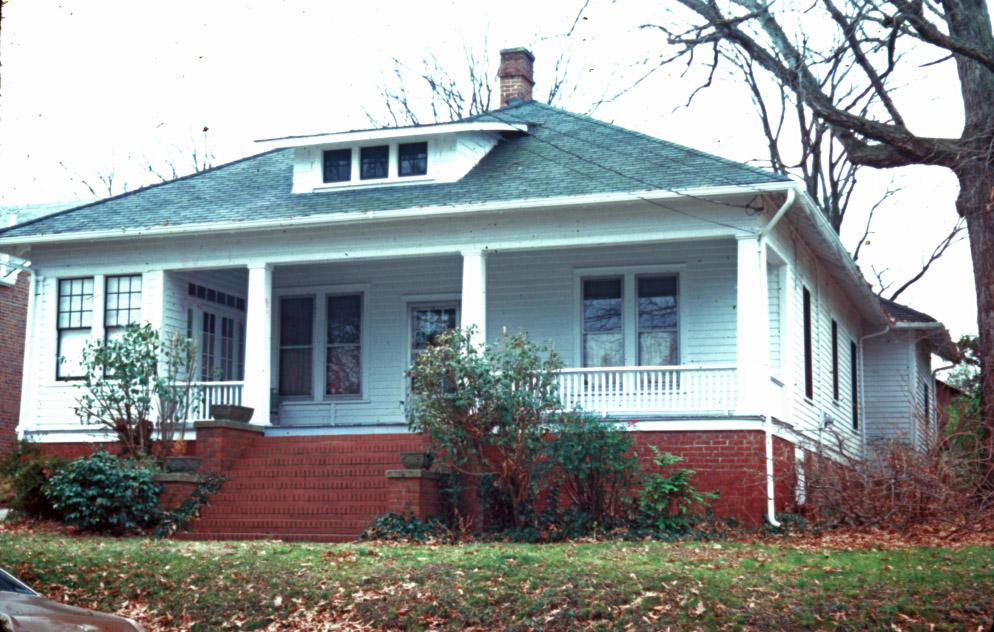 A Durham Historic Preservation Society plaque names the structure the “Dr. Hickman and Ethel Ray House”; the plaque dates the house to 1922, but occupancy evidence in Durham City Directories suggests the date of construction probably predates this by one or two years. The first known occupant of the house was Isham King, vice-president of the Seeman Printery. The house was sold to Ethel and Hickman Ray in 1922. Ethel Ray was a niece of the president, vice-president, and secretary-treasurer of the Seeman Printery (Ernest A., Henry T., and Wallace E. Seeman, respectively). Hickman Ray was a medical doctor. Born in Raleigh, he received his education at Bingham University of North Carolina and the University of Maryland, and worked first as a surgeon at the Atlantic Coast Line military hospital in Rocky Mount and later as a physician in Plymouth. During World War I, he served in France as a first lieutenant of the medical corps. Following his service, he moved to Goldsboro and then Durham, where he established a successful practice.

The National Register of Historic Places Inventory Nomination Form for North Durham-Duke Park describes the house as a "distinctive one and one half story weatherboarded bungalow with hip roof accented by small shed roof dormer. Engaged front porch does not extend entire front length; one single front room interrupts. House sits on high foundation. Impressive brick stairs."
The house has two chimneys and was originally heated by two still-intact coal fireplaces. Each of the three windows of the dormer has four panes, matching the 9-paned window sashes on the lower portion of the house and 15-paned doors. The deep front porch is supported by simple square columns. The east end of the porch was converted into a sun room sometime after 1937.

The Dr. Hickman and Ethel Ray House became a local historic landmark in 2004.