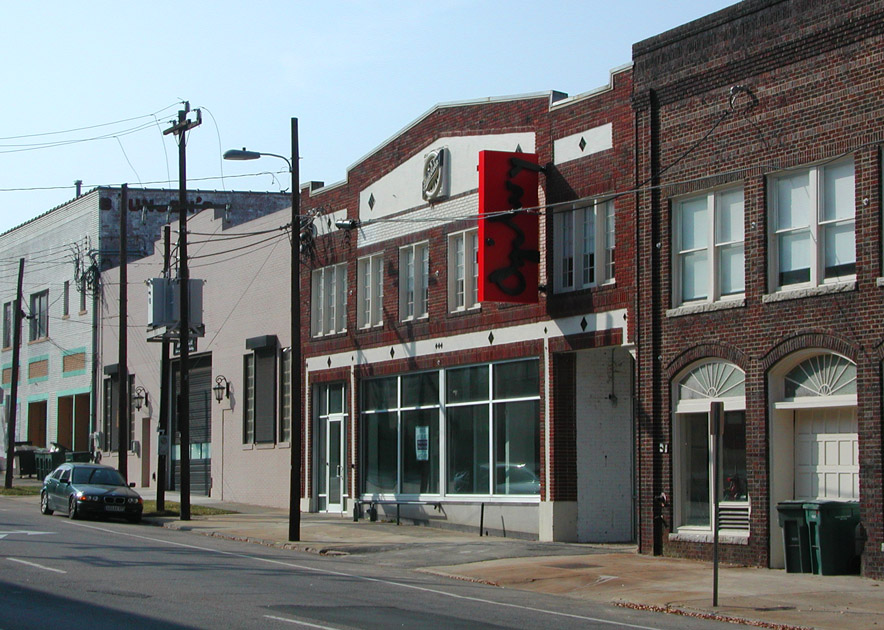 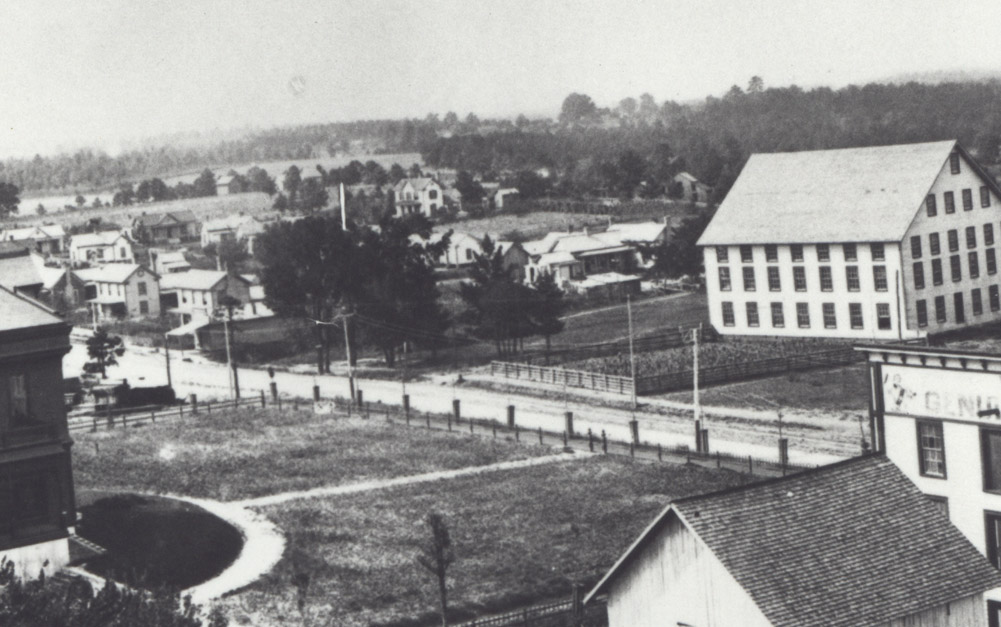 In the above picture, Duke St. barely extends north of Main St. (it's on the far side of Fairview). The "Duke" name appears to have arisen from the fact that the street north of Main led (ended) at Brodie Duke's house and large estate one block north. 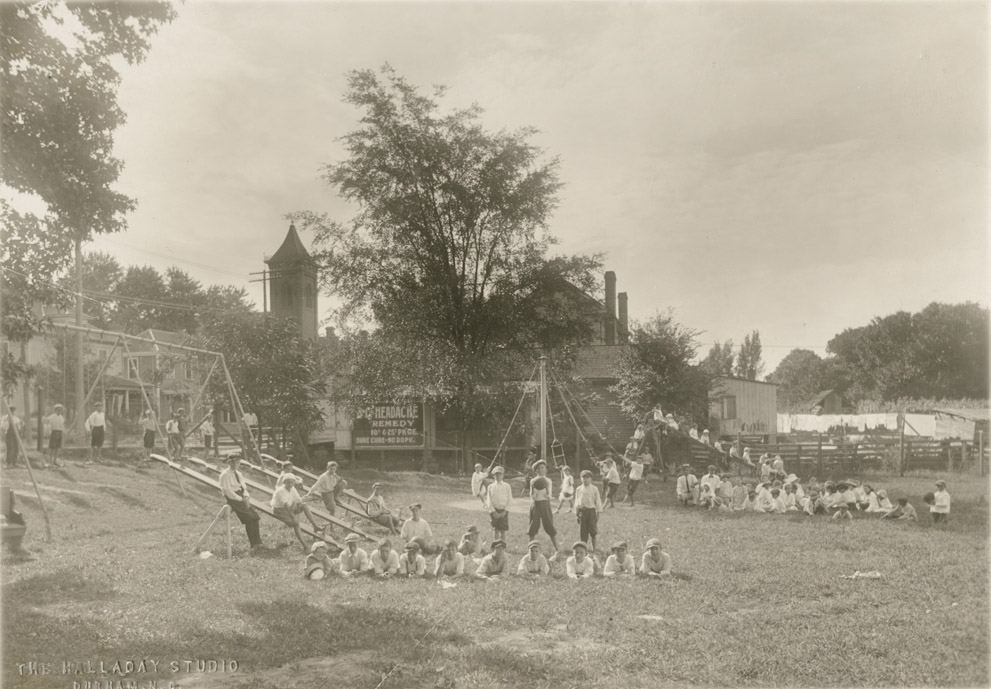 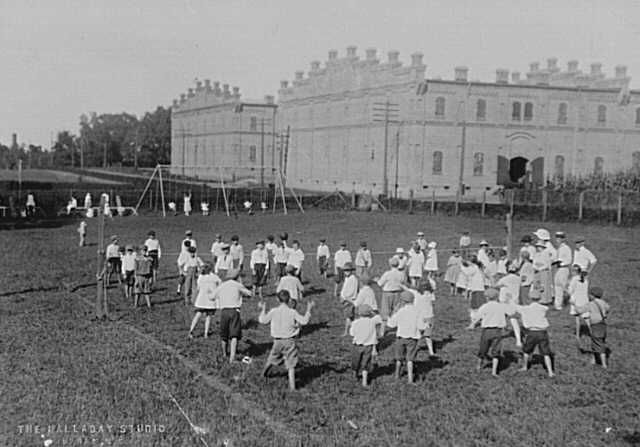 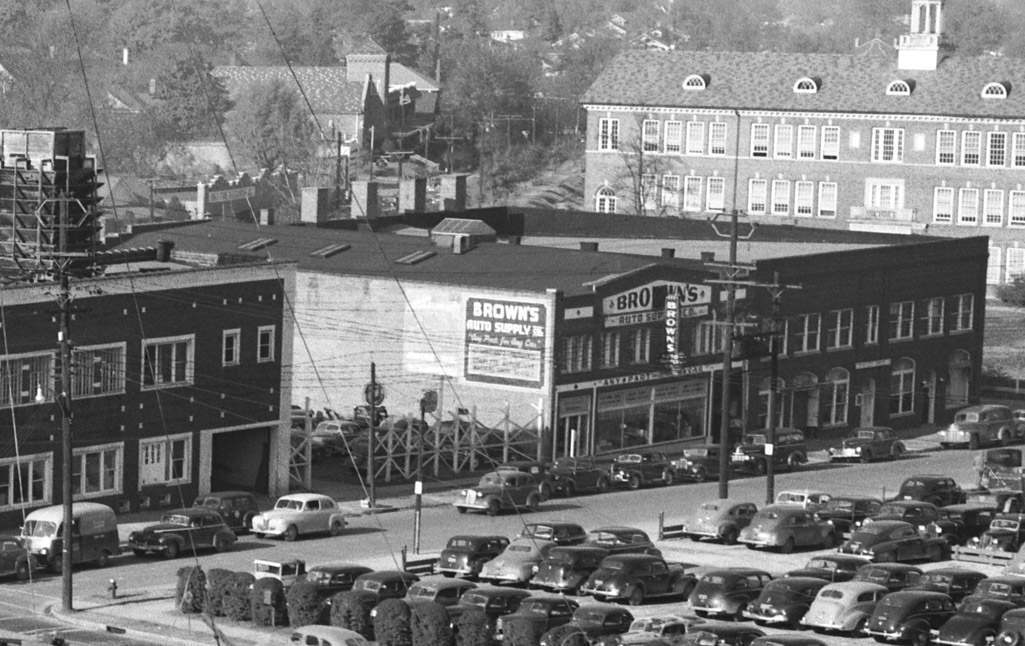 It remained an auto-related venue into the 1980s; the adjacent car lot (to the south) was filled in with a Dodge service building in the 1950s. 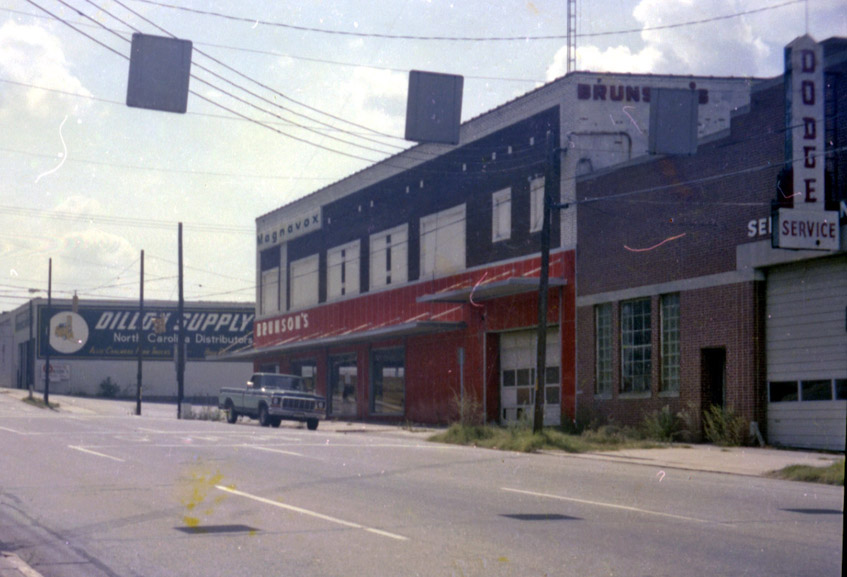 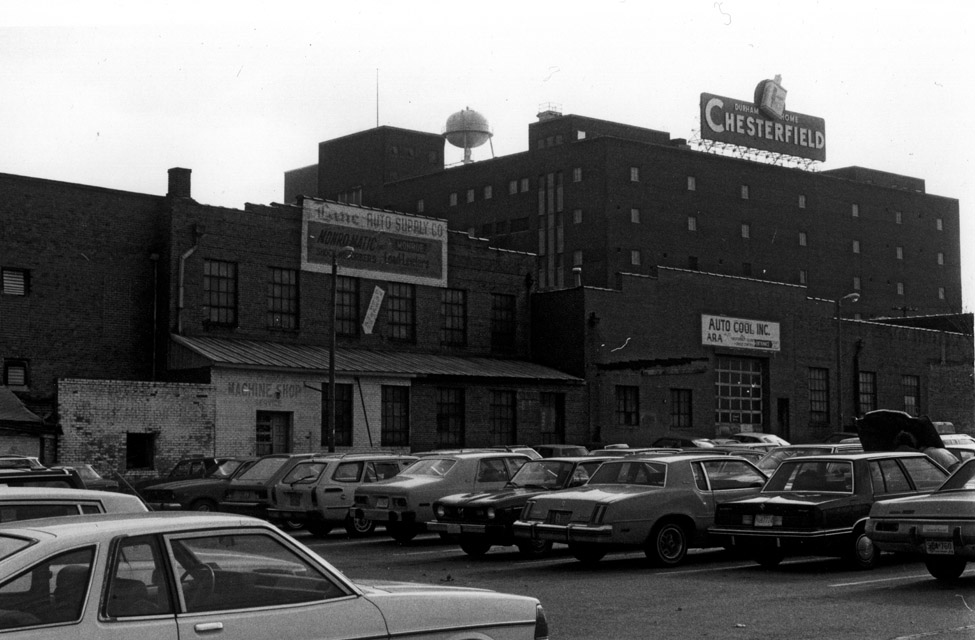 In the late 1980s, the Studebaker building became part of a restaurant 'complex' along with the building next door, the former Paschall's Bakery Building. You can read more at that post about the series of failed restaurants to occupy these spaces, but the sequence began with the Weeping Radish, followed by Old Heidelberg Village. 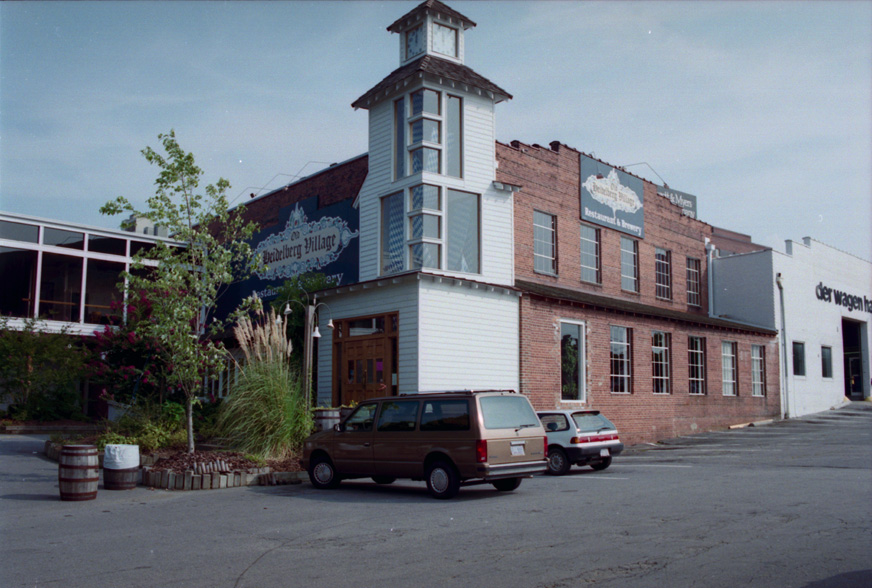 Things have gone upscale as of 2007. The Studebaker building has been renovated into office space for Ogilvy, an advertising agency. The utilitarian Dodge Service building next door has become a private garage for an RTP CEO's personal Porsche collection - and I used to get my car fixed in that building. Which was decidedly not a Porsche.

The ground floor storefront on N. Duke St. was upfit as offices for Durham Magazine. After a few years, in 2012, a coffee shop, Respite Cafe, took over the Durham Magazine space.

Ogilvy folded at this location and was replaced by ReverbNation in 2013. 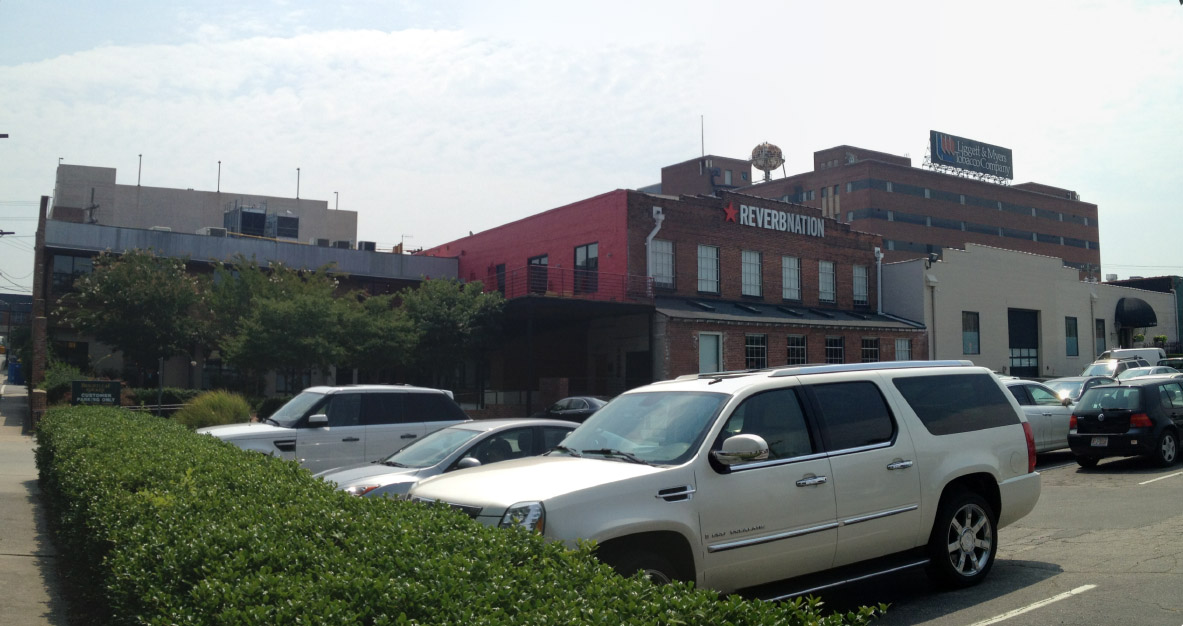 From Morgan Street looking southeast at the rear of the buildings, 08.23.13 (G. Kueber)

Two new tenants moved into the building in 2017 - the structural engineering and construction software company Prescient, which relocated their offices from Denver, Colorado and the coffee shop Kaffeinate, which opened in the storefront facing Duke Street, replacing Respite. 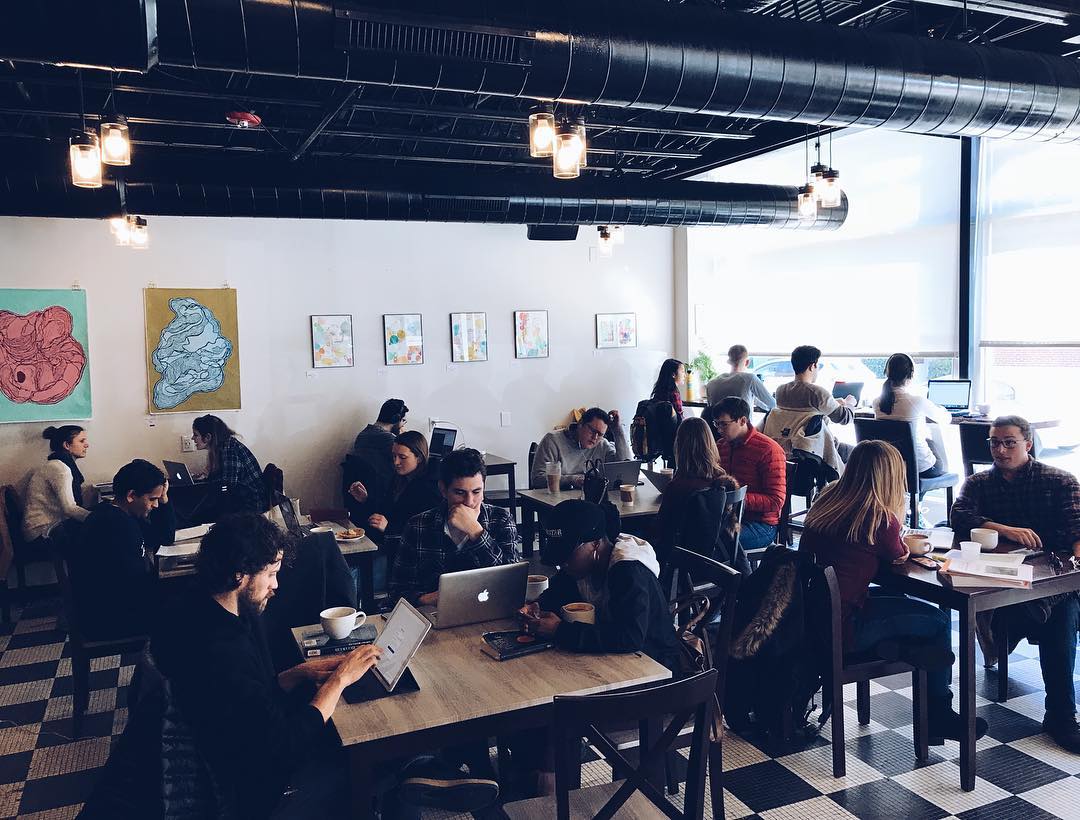 [UPDATE] Shortly after 10 a.m. on Wednesday, April 10, 2019, an apparent gas explosion occurred at 115 N. Duke after a contractor working nearby had called to report a leak.  The powerful blast was felt throughout downtown Durham, blowing out windows in surrounding blocks.  The explosion and subsequent fire caused the building to collapse - at least one person was killed and 15 taken to nearby hospitals.  It does appear that the coffee shop, normally crowded on weekday mornings, was closed at the time of the explosion.  Nearby Durham School of the Arts reported all of its students safe, but did cancel class and send them home.

WTVD/ABC-11 has live coverage of the incident as it unfolds - emergency operations are ongoing and authorities are requesting that people avoid the area until further notice.

Screen grab from the News and Observer (https://www.newsobserver.com/news/local/article226255170.html)

Gary, when did you get your

Gary, when did you get your car fixed there? I worked there from March 1985 to the Summer of 1987 at Der Wagen Haus.

Was it a diesel Rabbit? <grin> It's fantastic what Bob's done with the building.

Peter No - it was later when

No - it was later when it was a Honda repair shop (late 90s). My good friend Dan L., who had a diesel Rabbit, did get his car fixed there (frequently) during that time, though

This building just blew up --

This building just blew up -- a gas leak apparently -- and probably took out the buildings on either side.  It was home to the Prescient company.

The boom was felt downtown.

The boom was felt downtown.  Windows were shattered nearby.

Weeping Radish was great. Used to be a newstand around corner on Main St. Would leave DHS and try to peek at Playboys.