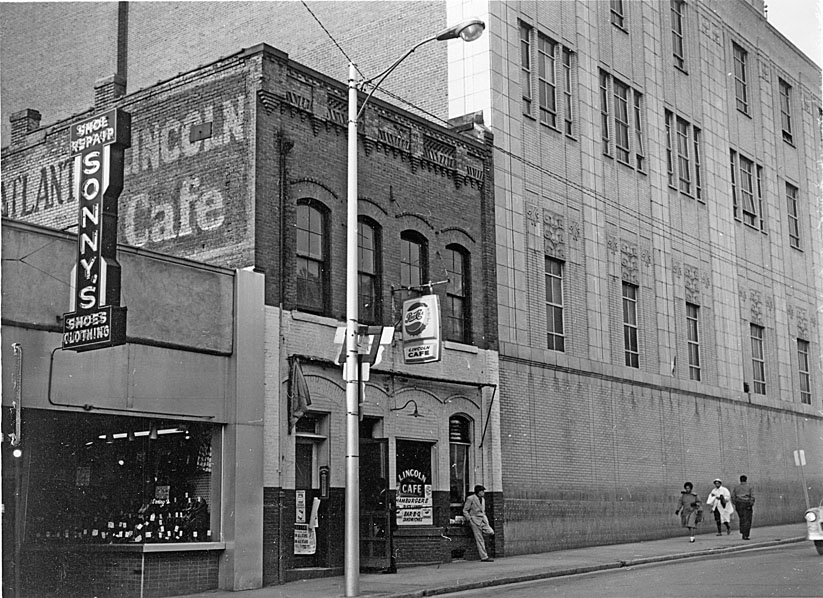 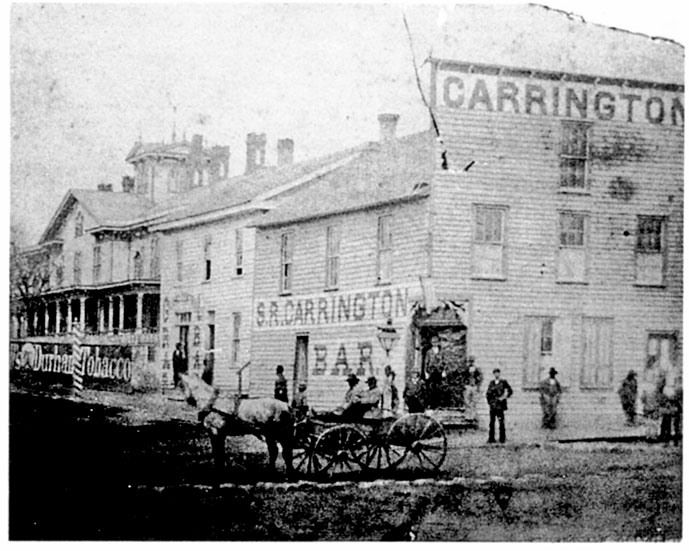 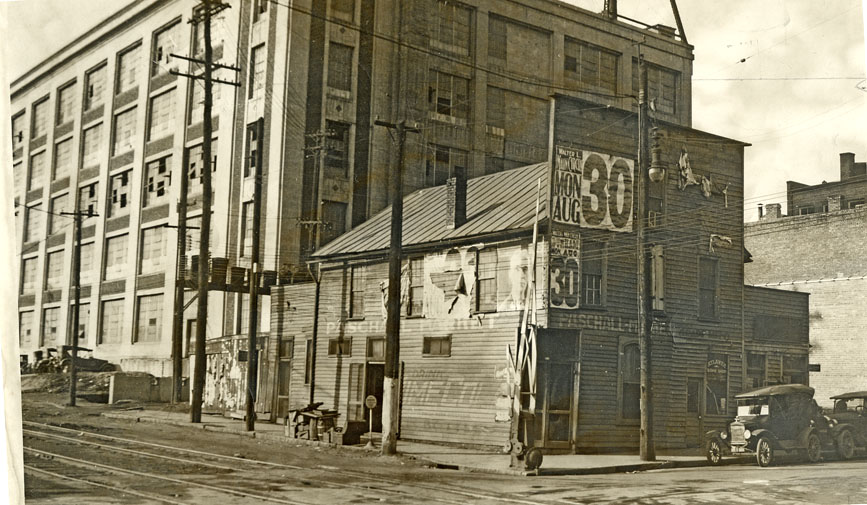 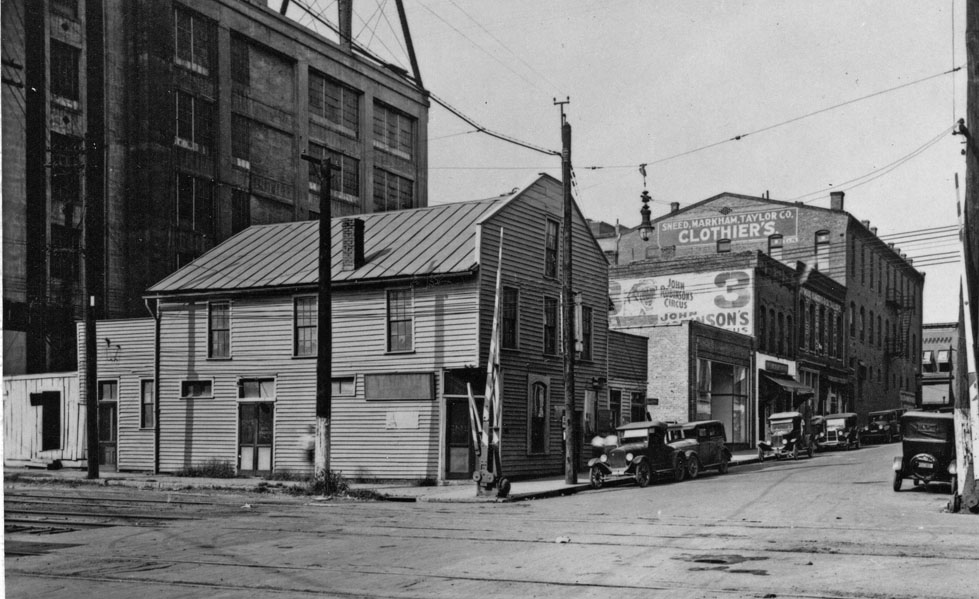 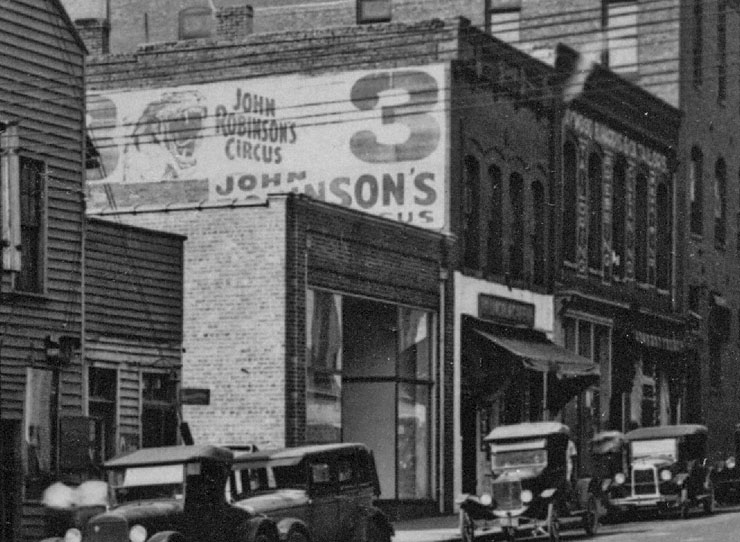 My hieroglyphics building was demolished along with the SMT building to make room for the Kress building in 1933, but the next building to the south remained. I love the shot below of 114 South Mangum; the building is great - the brick detailing at the cornice is amazing. But also, the guy out front is just cool. And third, it's "The Lincoln Cafe" - which, all put together, just makes me wish I could walk down Main St., take a turn at Mangum and end up at this place.

The Lincoln Cafe had started life as an "Eating House" run by Oscar Page - it appears that this may have meant that it was a restaurant that took boarders. It first appears between 1912 and 1915. In 1919 it is listed as:

In 1923, it is called the Lincoln Cafe, and the proprietors were Mike Galifianakis and M Leonakis, both of whom lived on site.  Both were Greek immigrants who had recently come to the U.S. at that time. The cafe continued to serve a predominantly African-American clientele. 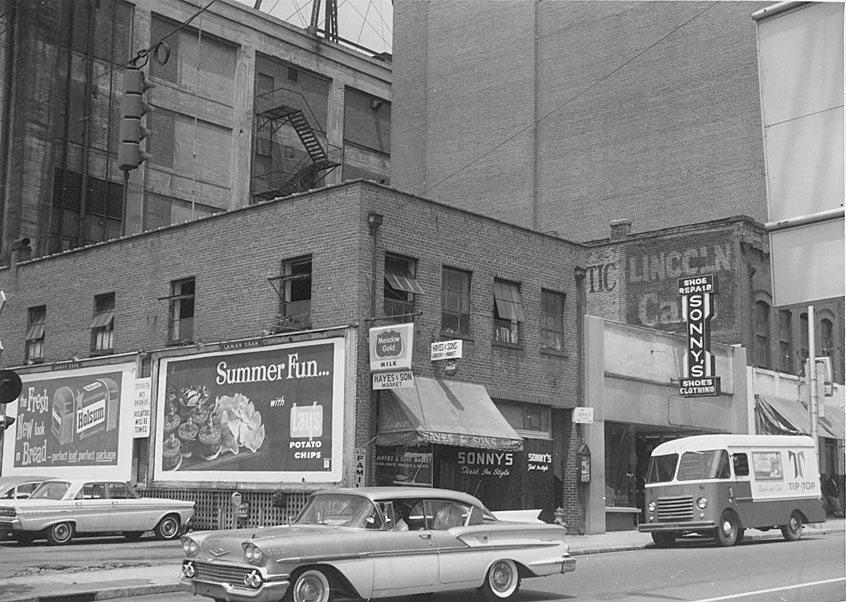 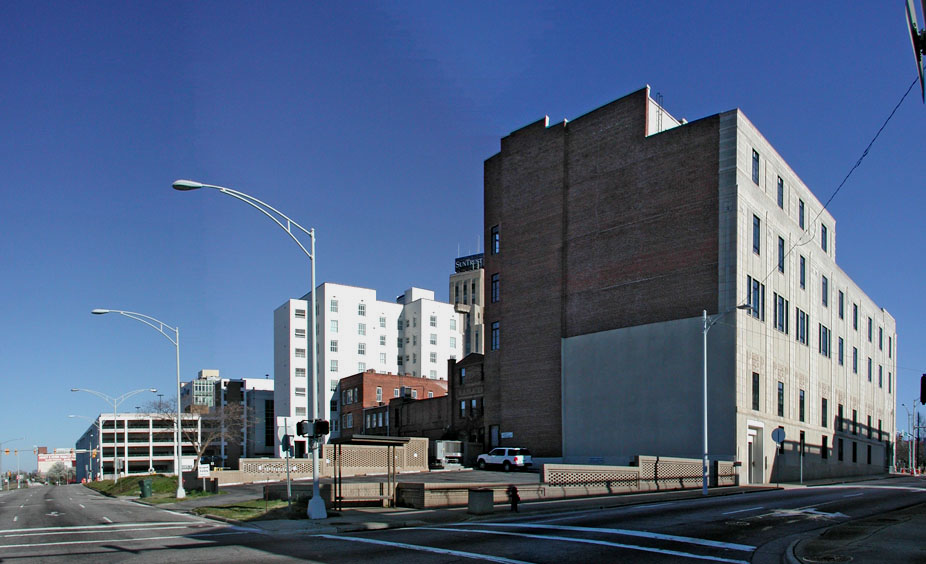