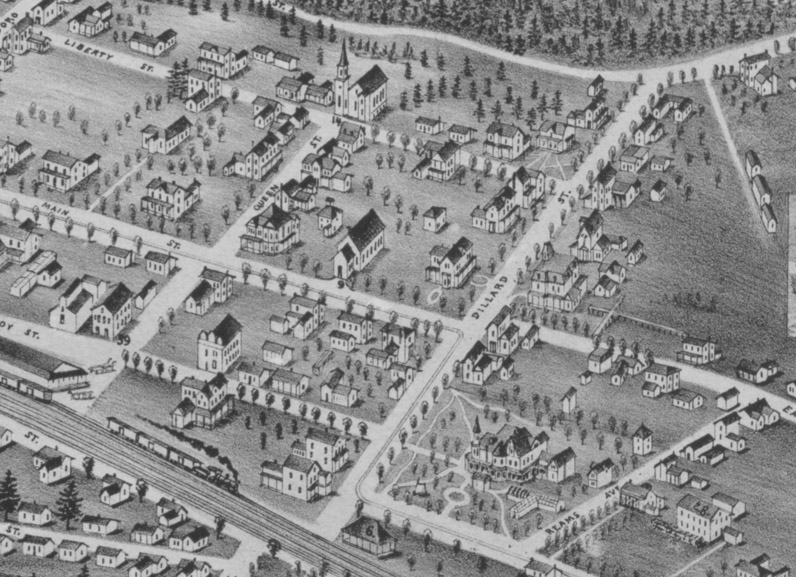 Dillard St. developed early in Durham's history - initially with modest 1 and 2 story structures that, from the early 1890s, began to be replaced with more ornate Queen Anne Victorian structures. In the 1895 bird's eye drawing above, you can see this transition in progress. The more simple structures predominate, but the large Second Empire home of EJ Parrish and Julian Carr's Somerset Villa stand out in the landscape. 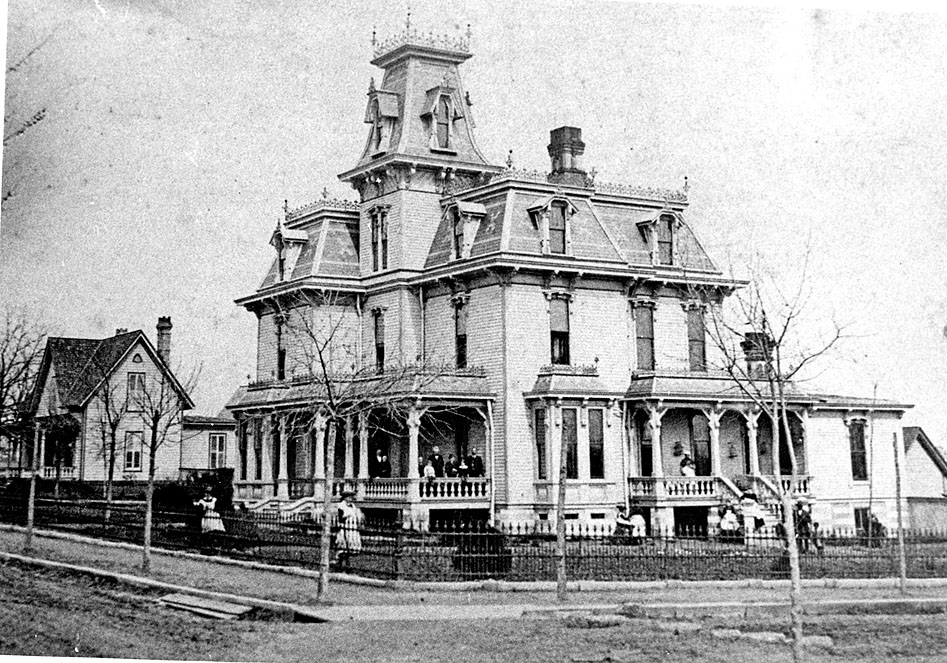 118 N. Dillard was part of this second generation of elaborate structures, built for/by Thomas Peay and his family. Peay is listed as a "tobacconist" in the 1903 city directory. It shared many stylistic similarities with the still-extant 204 N. Dillard, which was adjacent to the house before Liberty St. was extended east of Dillard in the 1930s.

By the 1930s, it appears that the original Morgan/Green house at 112 N. Dillard was demolished and replaced by a Colonial Revival structure. 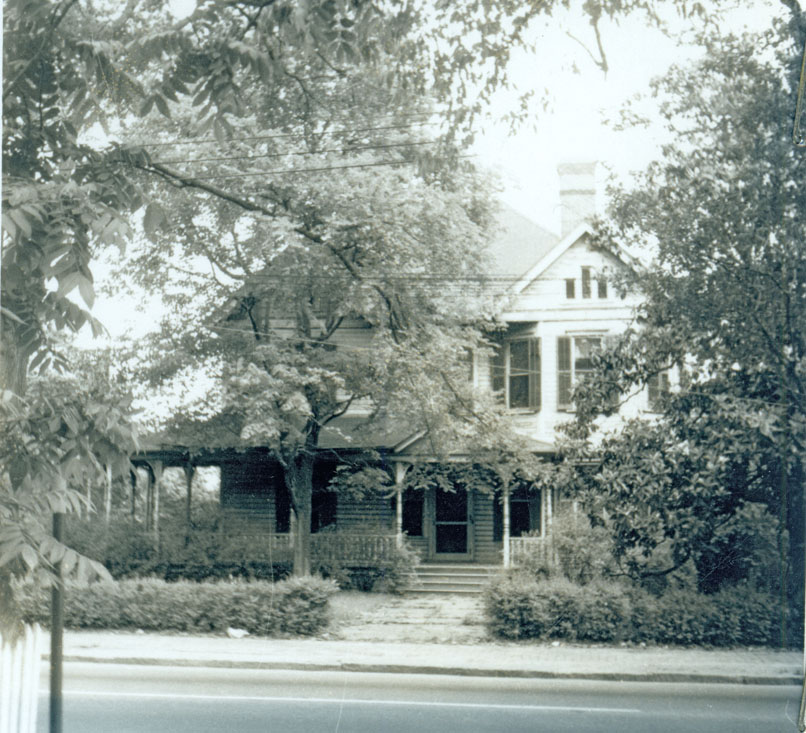 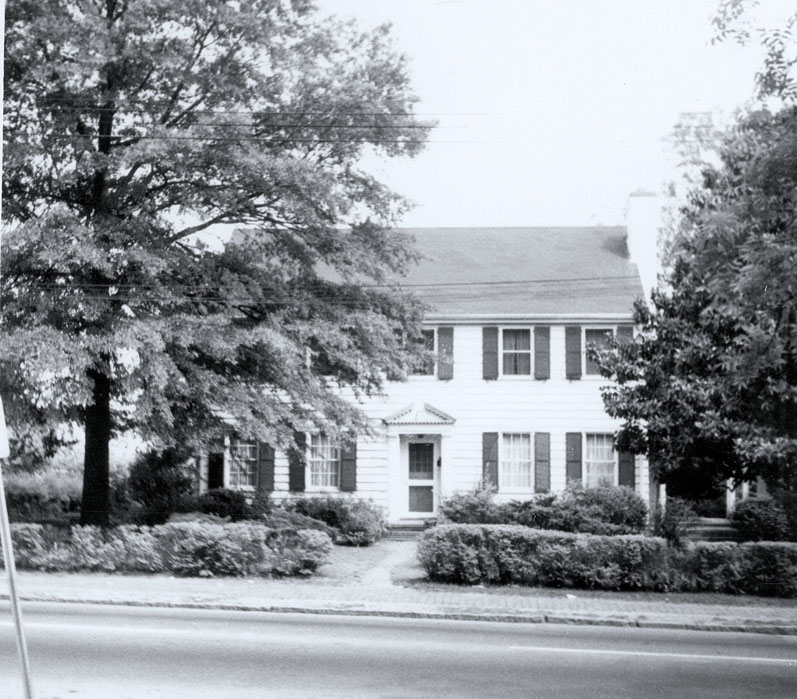 This houses were demolished by the city through urban renewal during the late 1960s. In 1972, a 108 unit housing project was constructed on this land and land taken to the east and southeast. This housing project is the largest public housing complex remaining on the east side of town (north of the freeway.)

It's a pretty dismal place; I haven't been inside any of the apartments, but friends who have tell me that they are pretty sad places to live. I can say that the design of the site / layout of the buildings is just bad. Perhaps oddly, from a design standpoint, it makes me think of Duke's central campus - if it were crammed into a much smaller land area.

Although on central campus, there isn't typically open air drug dealing, as there often is as one goes east down Liberty St. from Dillard.

I hope this complex gets HOPE VIed someday - although I don't know if there is HOPE VI funding anymore, as Bush and Congress have tried repeatedly to destroy the successful program. My understanding is that it has been zeroed out, but I can't find confirmation of that. I do know that it was cut by at least $475 million by 2004.

Hopefully, we can get the program back on target in a few years, and I'd like to see some healthy development here to link downtown with the current HOPE VI project to the east.

Dismal is polite for these

Dismal is polite for these apartments. The residents are subjected to urine and feces on their steps, stained dreary interiors with old appliances, missing or malfunctioning window unit air conditioners, drug deals/use by residents and gangmembers, verbal/physical abuse by residents, toddlers witness prostitution, pavement is often the playground, and so on. There is endless poverty, hunger, depression, and discomfort.
Where are the Durham Neighborhood Improvement Services apartment inspectors? Instead of demolishing historic houses in East Durham and Cleveland-Holloway, they should look down the street at these horrendous apartments. I wish the city/county would move these residents into the restorable historic houses in the neighborhood that are boarded up, and also turn the liberty street apartments into the habitable townhomes like those on East Main.

Hope VI is indeed dead for

Hope VI is indeed dead for now, but could certainly be revived given enough political will. There's a lot of public housing advocates that hate it, but based on the presentations I've heard from them at conferences, it's because they study very different types of public housing complexes than those that exist in Durham.