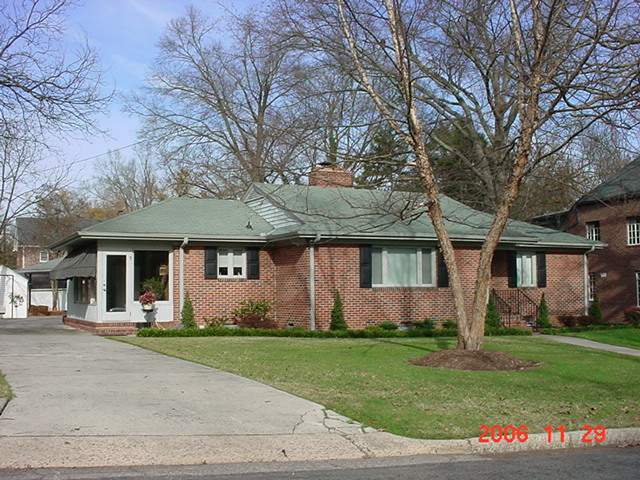 J. Ben and Judy Barnes had

J. Ben and Judy Barnes had the home built in 1949 and it was three bedrooms and two baths. In 1955, two rooms were added onto the back of the home to include a den and larger bedroom both with lawyer's panelling. In the 1970's, Mr & Mrs. Ira James Welch who ran the Watts Street Grocery next to the home added a detached carport with a large storage room on the back of the lot. It also has the original BBQ pit in the back yard.