1014
Burch Avenue
Durham
NC
Year built
1916-1919
Construction type
Frame
Masonry
National Register
Burch Avenue
Neighborhood
Burch Avenue
West End
Use
Residence
Building Type
Residential
Local ID
113618
State ID
DH1249
Can you help?
You don't need to know everything, but do you know the architect?
Log in or register and you can edit this. 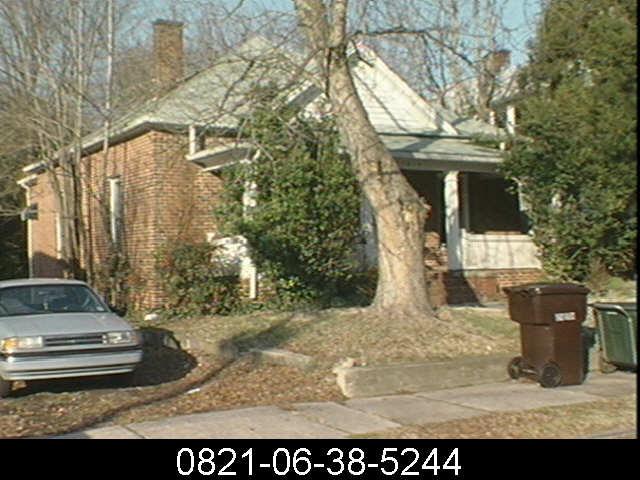 (Below in italics is from the Burch Avenue District NR listing; that information not verified for accuracy by this author.)

This one-story, hip-roofed house is three-bays wide and double pile with a projecting gabled bay on the right side and a shed-roofed addition across the rear. The standing-seam metal roof has a front gable centered on the façade with wood weatherboards and a rectangular vent. The house has a hip-roofed front porch supported by tapered wood columns with an original railing. It has two interior brick chimneys as well as brick stairs and knee walls leading to the porch. The house has been covered with a brick veneer (likely prior to 1960) but retains original two-over-two wood windows. The front door is off center, likely because the house was operated as a duplex in the 1930s and 1940s and likely had a second front door, that has since been removed. The earliest [listed resident] is C. C. Vestal (printer, J.T. Christian Press) in [the] 1919 [city directory]. However, the house construction likely predates that listing, given that the nearly identical 1012 Burch Avenue appears in the 1915-1916 city directory. Deed records were not consulted.