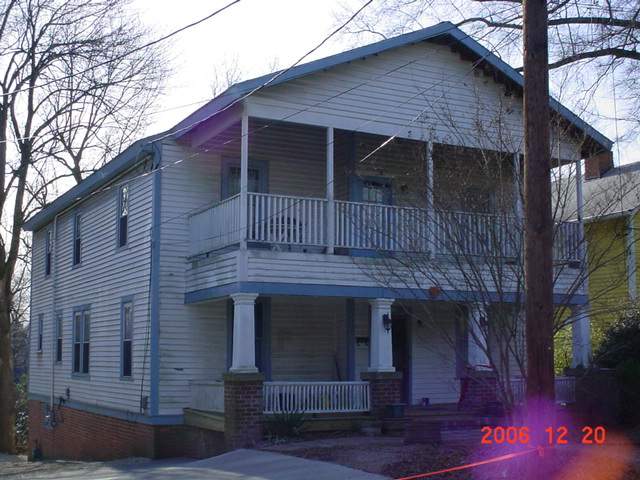 "This two-story, front-gabled Craftsman house is three-bays wide and triple pile. The entire second story, including a second-floor porch was added since the 1981 survey. It has wood weatherboards throughout, four-over-one Craftsman windows on the façade, and one-over-one replacement windows on the side elevations. The porch roof is supported by simple square posts at the second-floor level, while the original tapered wood posts on brick piers remain on the first floor. H.W. Gates (traveling salesman) is the earliest known resident in 1925."

This property is considered not contributing to the Burch Avenure Historic District due to extensive alterations to the property, which prevent its qualification in the district.