1004
North Mangum Street
Durham
NC
Cross Street
East Trinity Avenue
Construction type
Masonry
National Register
North Durham – Duke Park
Neighborhood
Old North Durham
Use
Church
Building Type
Church
Can you help?
You don't need to know everything, but do you know the year it was built?
Log in or register and you can edit this. 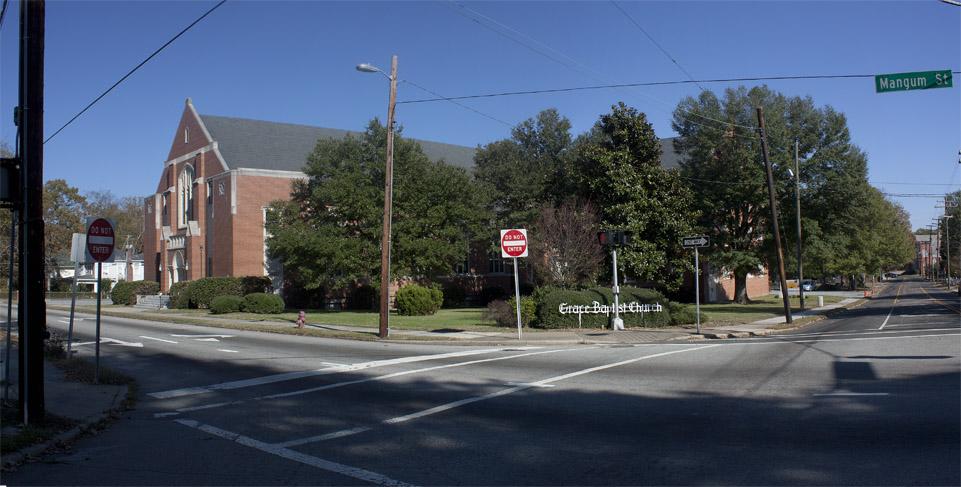 In 1904, the First Baptist Church made plans to build a missionary church just outside of what was then the city limits. The property at the corner of Roxboro Road and Geer Street (now Mangum Street and Trinity Avenue) was donated to the Trustees of the “Baptist church worshipping on Mangum Street” by Fred C. Geer in 1887. Mr. Geer also gave a gift of $1,000 to begin work on the building in 1906. The church was originally known as the North Durham Baptist Church.

There is some evidence that the land Geer had offered this same land to the Baptist Female Seminary, later Meredith College, in Durham's failed effort to woo the college to Durham. It isn't completely clear if the later church was a second choice, or was already committed-to and would have been supplanted by the college.

The original sanctuary was completed in June 1907, and the church began services on July 30, 1907 with 54 charter members. 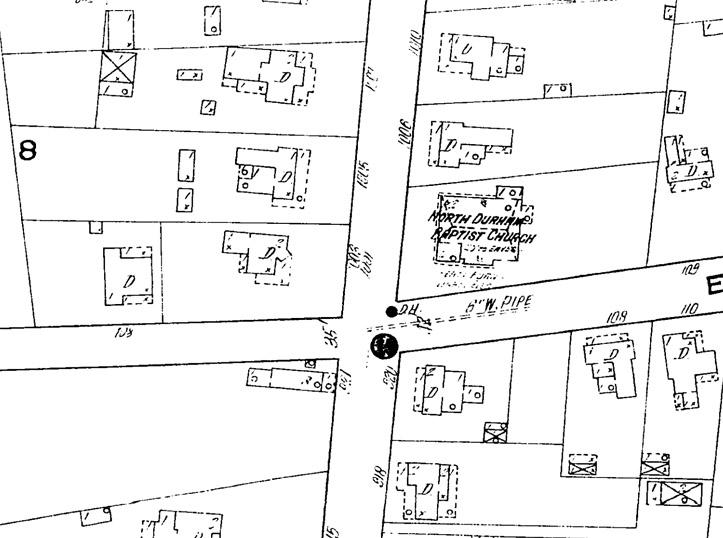 On June 9, 1948, the ground-breaking service was held and work begun on the new sanctuary. The new sanctuary was completed at a total cost of $324,000, and the first service was held in it the first Sunday in October of 1950. Work on an
Educational Building began in September, 1956. It was completed in October 1958 at a cost of approximately $280,000.

The original sanctuary was still standing alongside the new in 1950; I don't know when it was torn down.