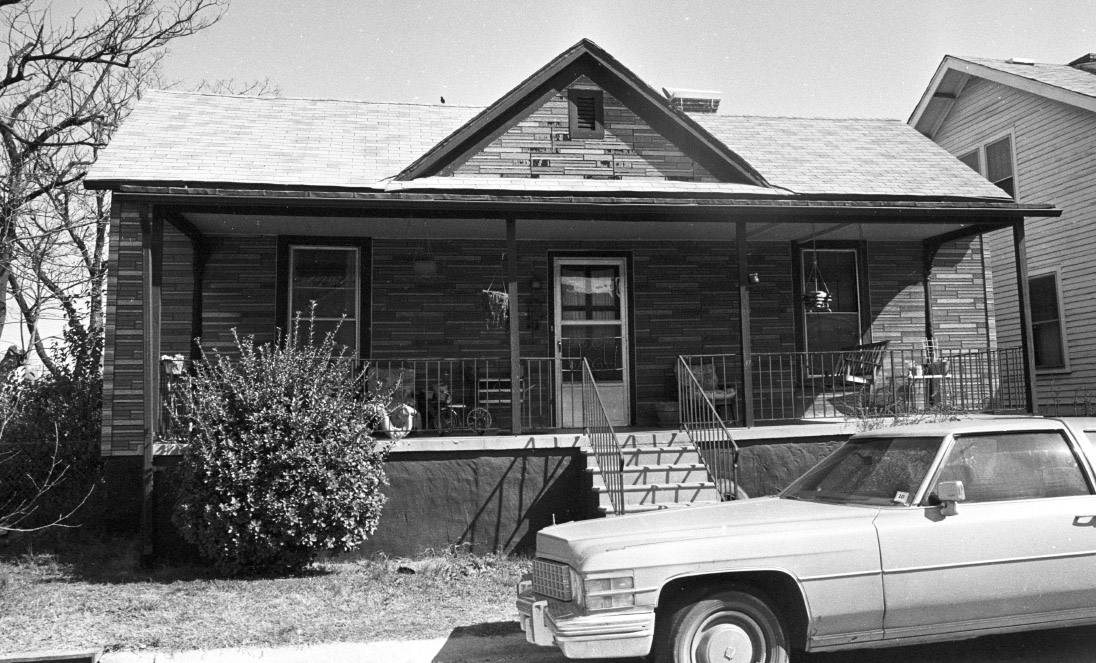 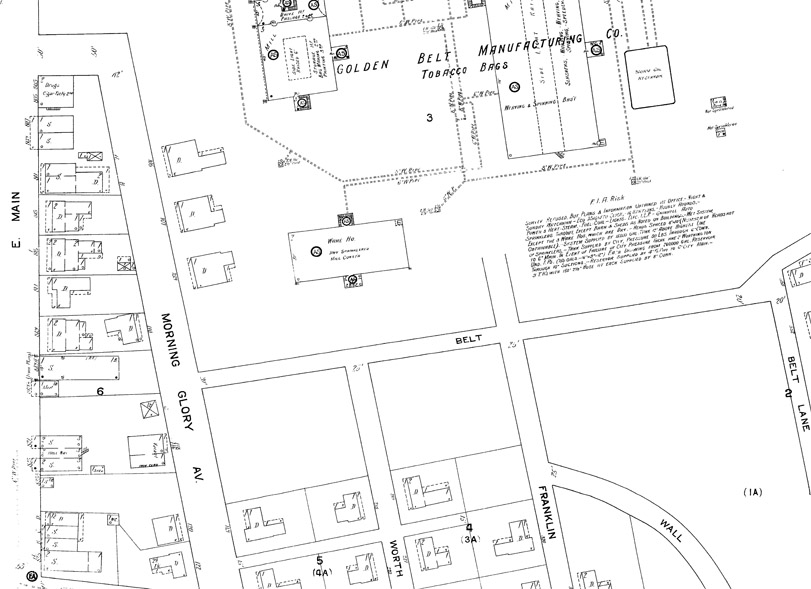 Three houses were built along the 900 block of Morning Glory Avenue (the 100 block in the above picture) near the entry to the Golden Belt Manufacturing Co. around 1901. Somewhat more specialized than the mill houses to the east, I speculate that they might have been built for managerial types, or may have been built by private contractors.

~1915 view of Golden Belt from the Durham Hosiery Mill tower. The western facade of one of the houses is visible to the right. 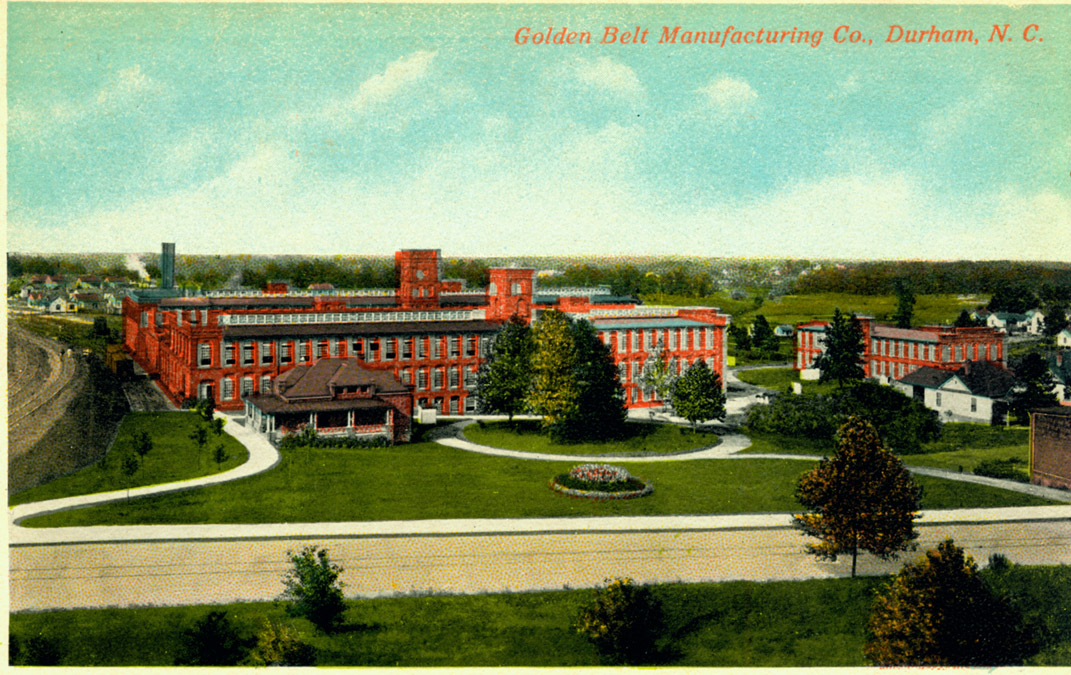 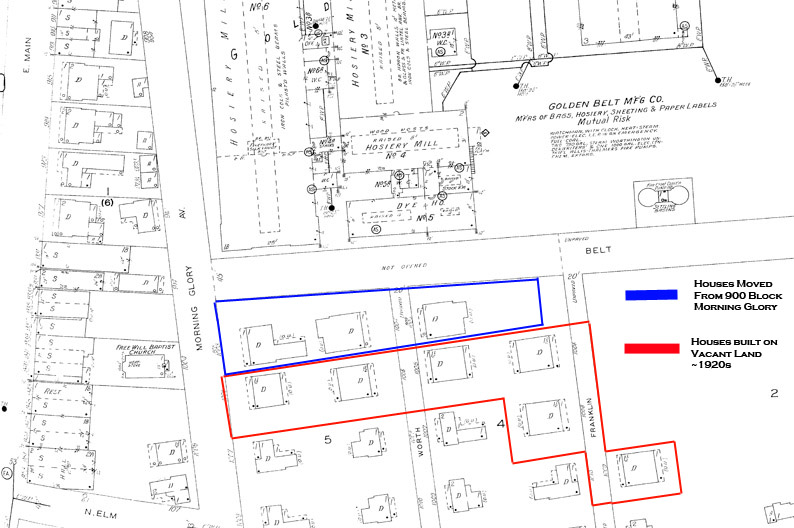 1937 Sanborn shows the three houses lining Belt Street, north to south, and the presence of Building 6 where they had been. 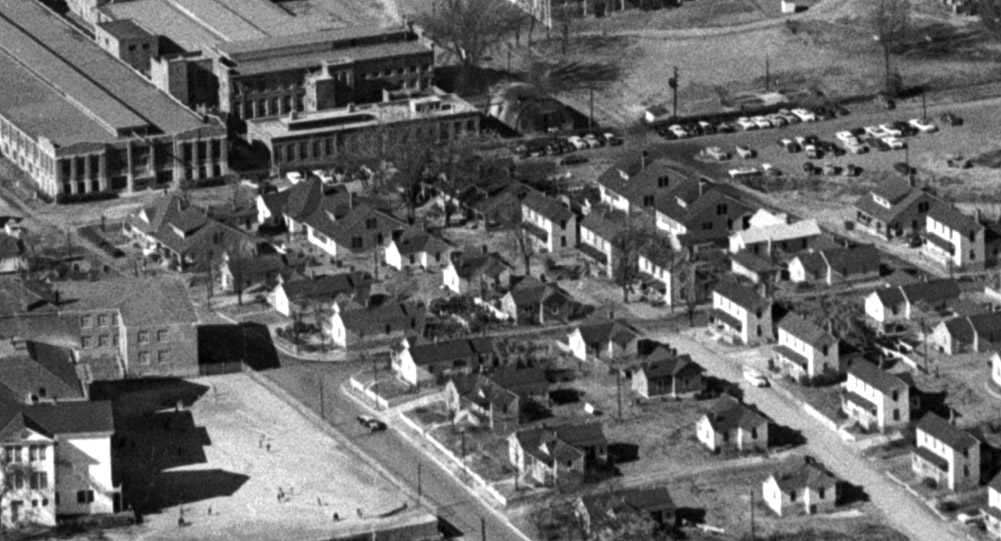 1957 view of the neighborhood shows the peaked roofs of the houses adjacent to the Golden Belt Mfg. Co. across Belt St. 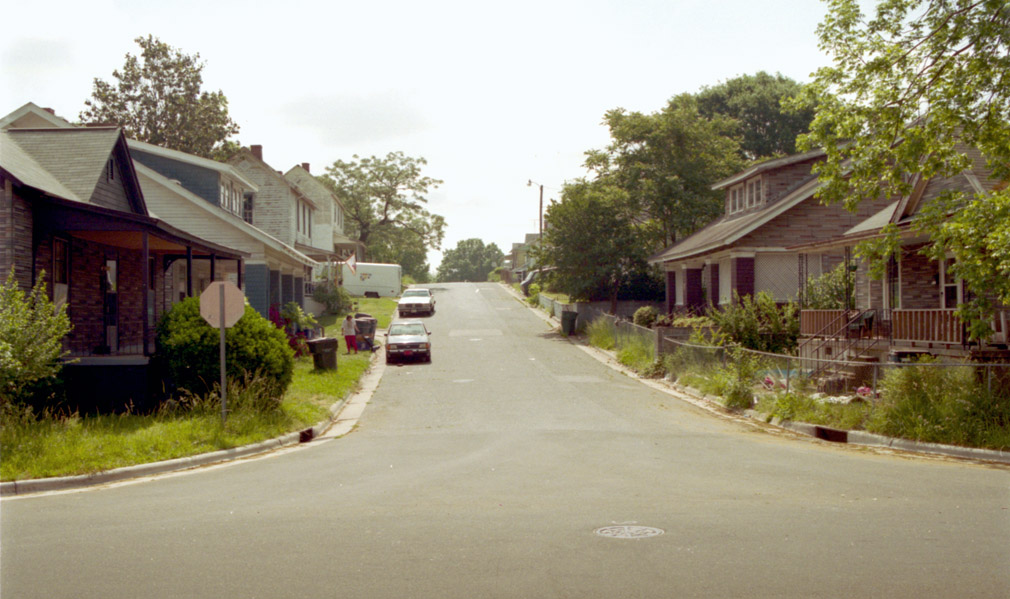 Unfortunately, time and the city were not kind to these houses. 1003 Morning Glory appears to have been torn down by the early 1990s, and 1004 Worth was torn down by NIS sometime in the early 2000s.

1003 Worth Street, covered (as many of the houses in the neighborhood were) with asphalt siding,) persevered. 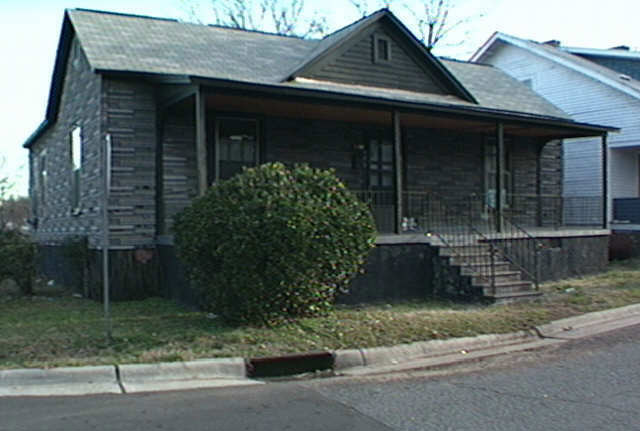 Writing about this neighborhood is particularly fun for me, as I've been immersed in its revitalization over the last 3 years. In early 2007, Scientific Properties (the company I run as my day job) bought the abandoned 1003 Worth. 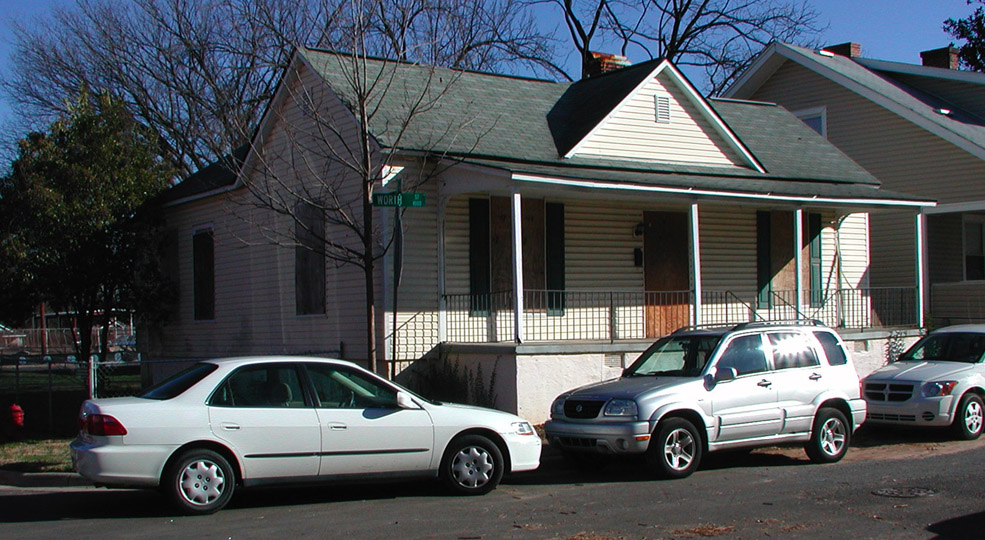 It was in terrible shape, although it retained many wonderful original features. a roof failure had meant a persistent roof leak, and the center hall had collapsed.

We undertook a 'shell renovation' of the property, fixing the roof, doing a basic framing repair of the hallway, removing asphalt and vinyl from the exterior and repainting, reparging the foundation, and reconstructing the front porch. 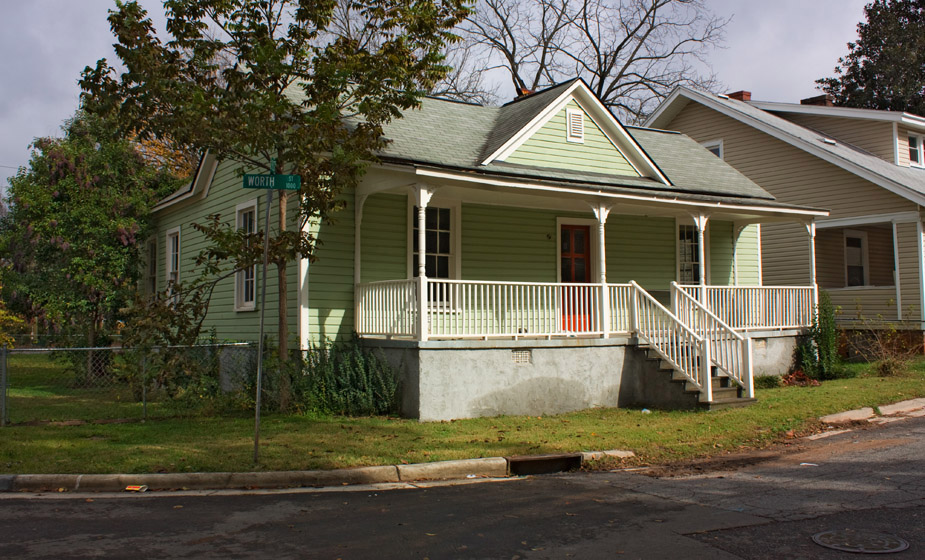 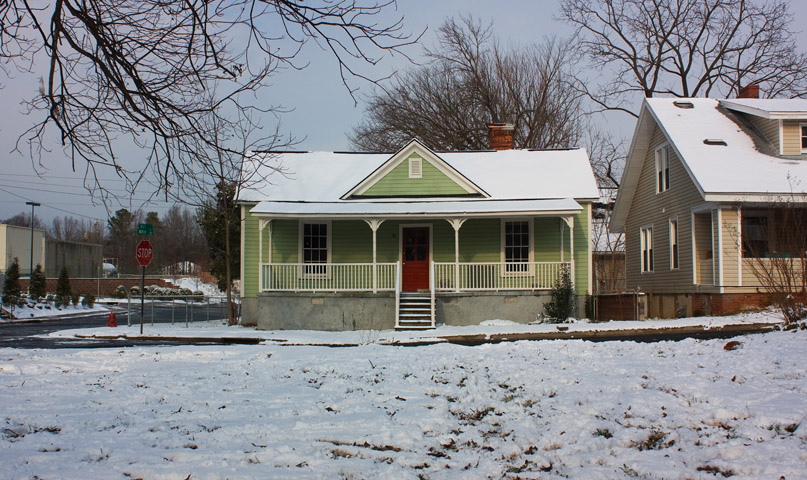 In Spring of 2009, Scientific Properties sold it to new homeowners, who have done a wonderful job completing the renovation of the house. 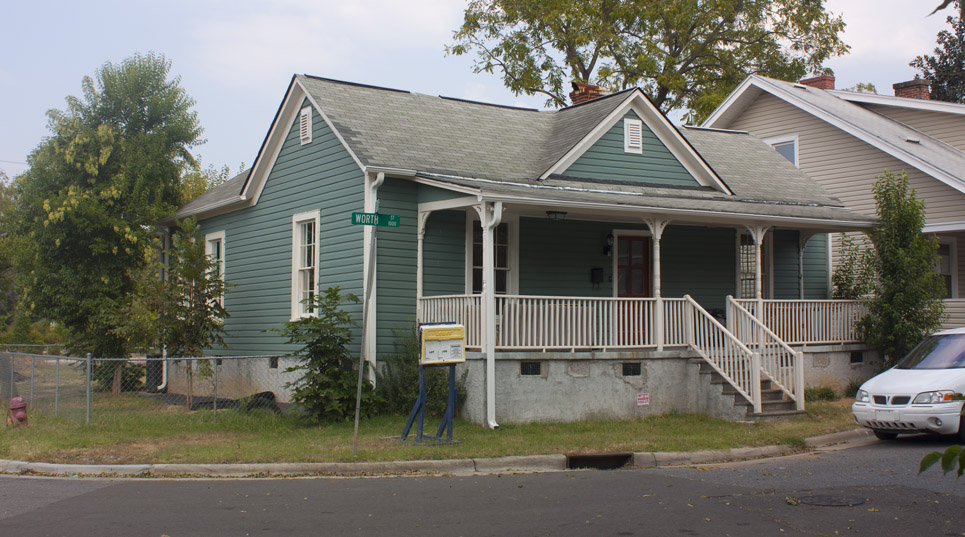 nice job on the house...I

nice job on the house...I wannna see Dr Martin's craftsman...Looked like it had tons of potential!

thanks, gary. it's great to

thanks, gary. it's great to share the history with others.

this house is so cute!my

this house is so cute!
my husband and i used to live on Monmouth ave. in Old N. Durham. I LOVE DURHAM. and all the old{ness}. That little service station by our old house is my dream spot!! for it to become something...i could always think up stuff when I ran by it.
Thanks for your blog! very cool idea.

Susan - are you taking about

Susan - are you taking about the service station at the corner of Foster and W. Geer? If so, it's currently being renovated with plans for it to become a beer garten.

I had assumed that Susan

I had assumed that Susan meant the one on the corner of Trinity and Mangum - but another great little service station is being fixed up, per Steve's comment. My post on it here: