Long before Dr. Bartlett Durham sold a parcel of land to the railroad for a station, many families had settled in the northern part of what was then Orange County. As early as the 1740S settlers were moving south from Virginia and Maryland and west from the coastal settlements to the wooded frontier of the North Carolina colony. Joseph Collins, John Wade, William Churton, Charles Roberts, Arthur Mangum, John Carrington, and several others received land grants of 300 acres or more from Lord Granville in the 1750S and 1760s.

The Umsteads, the Tilleys, the Parrishes, the Balls, the Harrises, the Crabtrees, the Dukes, the Bennehans, and the Camerons all followed to farm the rolling hills north of the Eno River. Although the Bennehan-Cameron family owned 30,000 acres and 900 slaves at Stagville Plantation, most of the farmers in northern Orange County worked their own small holdings. Tobacco was the main money crop, and some farms produced as much as four to ten thousand pounds of the golden leaf each year.

Mills were built on the swift- flowing rivers to grind corn and wheat. John C. Douglas and John H. Webb opened a factory to produce cotton goods in 1852. Orange Factory was the first cotton mill in Durham County and one of the earliest in North Carolina. During the Civil War, the mill produced uniforms for Confederate soldiers and later wove gingham and seamless bags.

In 1881, Durham County was formed from the eastern half of Orange County. The. Lynchburg and Durham -Railroad (later the Norfolk and Western) was completed in 1890, and established a station at the village of Hunkadora. In 1891, a new name was created for the settlement to acknowledge three prominent families, the Balls, the Harrises, and the Mangums, and so Bahama (buh-HAY-muh) was named.

The railroad brought new prosperity to Bahama, and there was a public and private building boom in the early 20th century. The Methodist congregation built a new church in 1901 at the crossroads of Bahama and Stagville Roads. The Mangum School for white children was built in 1924 and with a grant from the Rosenwald Foundation the Bahama School for black children opened in 1926. The Michie Dam was built in 1926 and Bahama had electric power by 1927. Although Mr. J. D. C. Turner had a telephone as early as 1915, most people used the phone at Tilley's Store when they had to make a call.
Today, homes that were built in the 19th and early 20th centuries cluster around the Mount Bethel United Methodist Church at the Bahama crossroads and dot the winding country roads that lead into the village. Two of the oldest houses on the Old Durham Homes Tour, the Adolphus Umstead House and the Marcus Tilley House, are outside the village on land that was farmed before the Civil War. Classic examples of early Southern domestic architecture, both are on the National Register of Historic Places. The Ahmed Tilley Farm House is just a few miles away off the Old Oxford Highway.

Built in the village during the early 20th century boom, the Lyon Ellis House is next door to Mt. Bethel Methodist Church and the Marcus Mangum House is across the street. Also built during the decade ofthe 1910s along the Bahama Road are the Martin House, the Clark-Bowling House, and the Umstead-Roberts House.

These homes harken back to the days when a front porch was a necessity of life, when neighbors gathered for impromptu sessions of music and dancing, when the pace of life in the country remained slow even while the city of Durham was growing fast with booming tobacco factories and cotton mills just a few miles south

Many of Bahama's homes still belong to descendants of their builders. Others have been adopted by newcomers to Durham and Bahama. All have been lovingly preserved or renovated. HPSD is pleased to invite you to enjoy a day in the country, to share the life of Bahama and its people, and to support the preservation of Durham's architecture and history. (History of Bahama adapted from Bahama Heritage by Shirley Jones Mallard.) [by Jan Hessling] 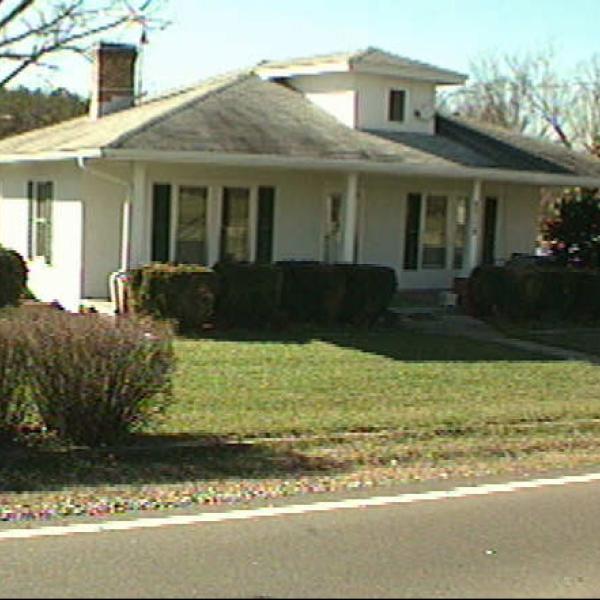 Mangums have been in the Bahama area since the 1750S. Marcus and Ida Mangum bought three acres of land in the village of Bahama in 1913, but the Mangum family soon outgrew the house that was on the property. Marcus wanted to recycle materials from the old house into a new larger one, so during construction, the Mangum family, which by 1919 included... 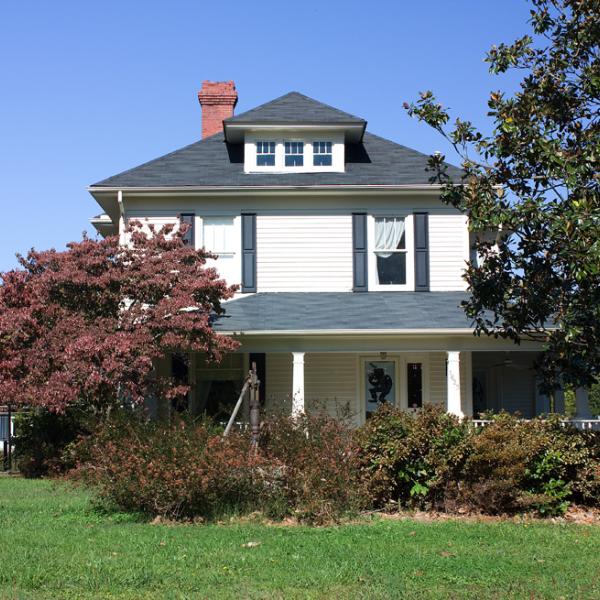 The first house constructed in Bahama with a bathroom, the Lyon-Ellis house was built as a physician's home and office. 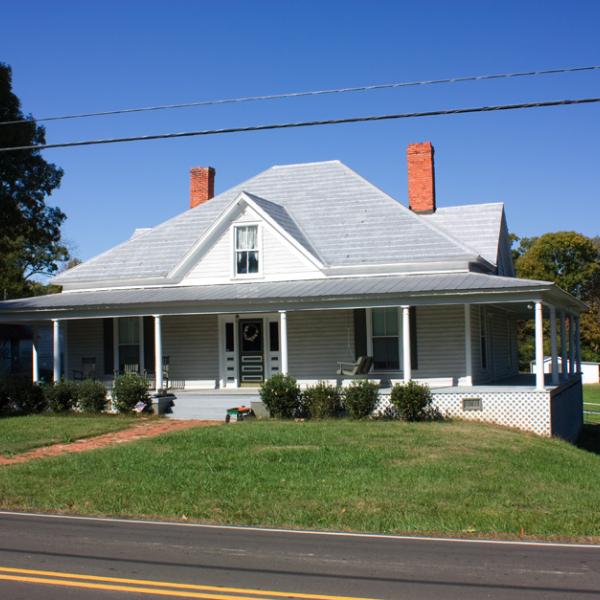 Hamp Umstead's house, built in 1912, has a large wrap-around porch and four-gabled hipped roof. It was restored in the early 2000s. 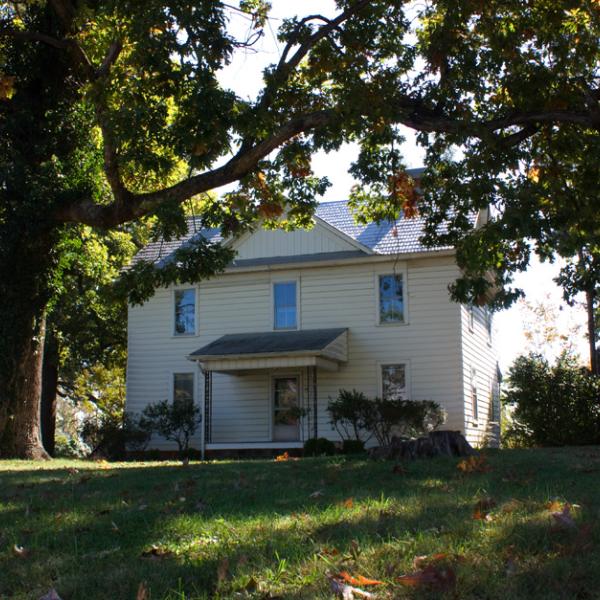 An Umstead family house built in 1914, a large wrap-around porch has been removed. 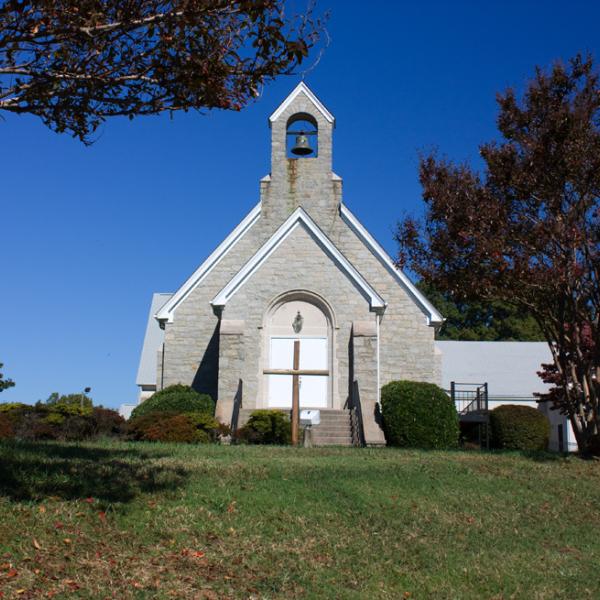 This church body dates back to the 18th century in Bahama, and has been on this site since 1901. This structure was built in 1949, replacing the 1901 church. 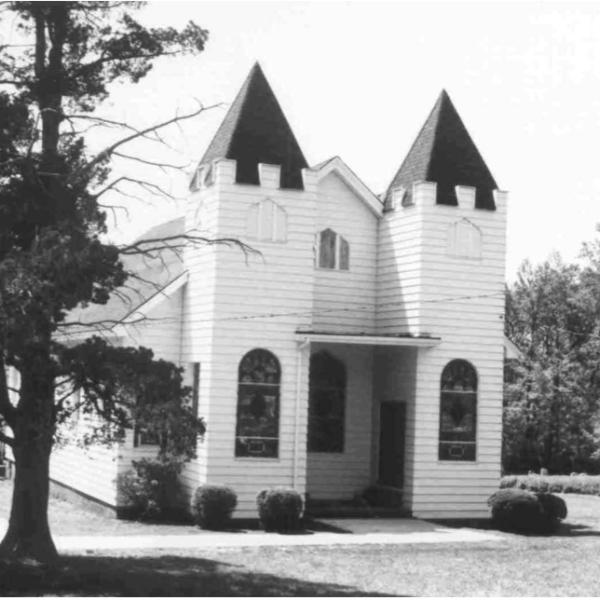 In 1892, a group of African-American worshipers organized a Sunday school in a log cabin beside the Norfolk and Western Railroad tracks one mile south of Bahama. The structure also served as an elementary school for black children. By 1915, the congregation had acquired land and constructed a small building at the site of the present church. As... 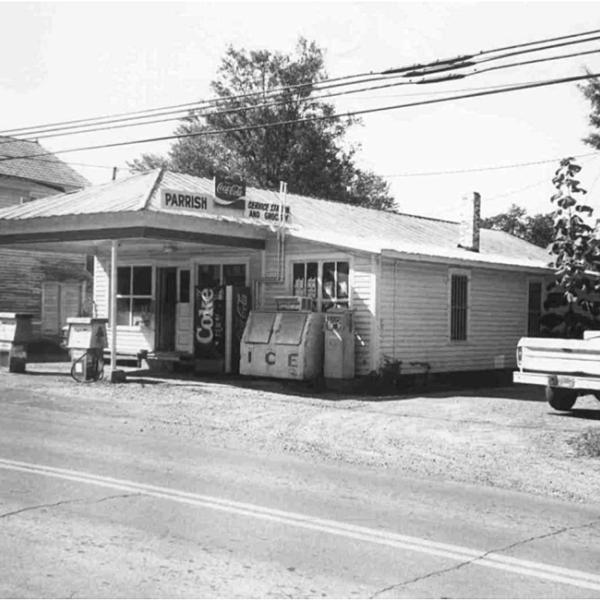 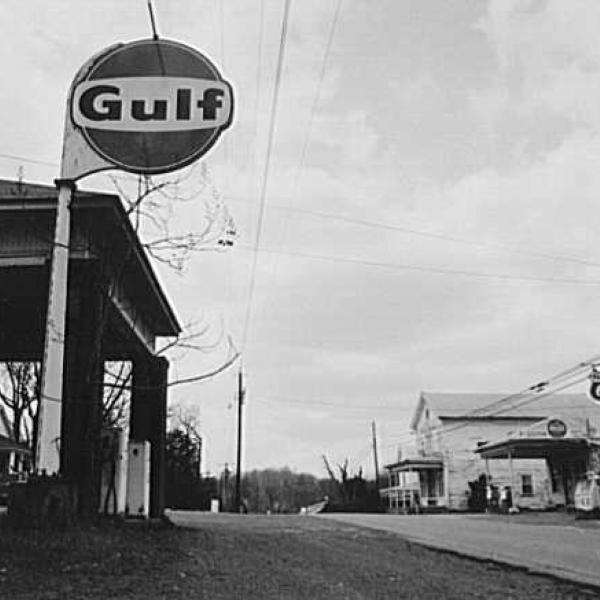 A Tilley store and Gulf Station, this building has been a barber shop, TV service, and a church since that time. 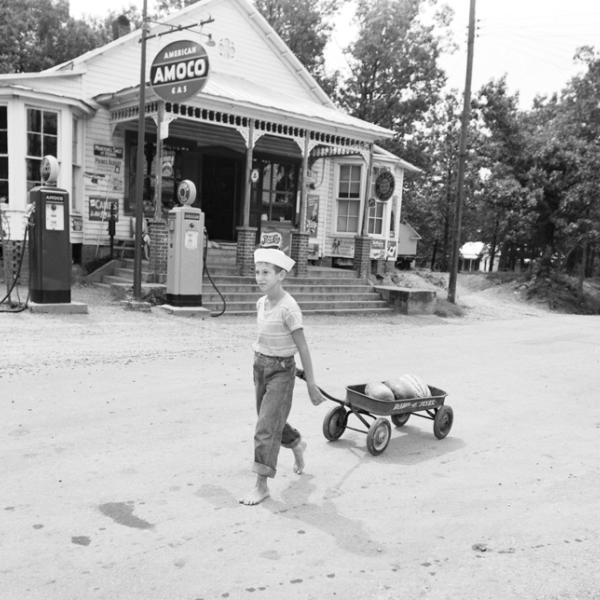 A veritable who's who of prominent Bahama names have run this store and Amoco gas station. 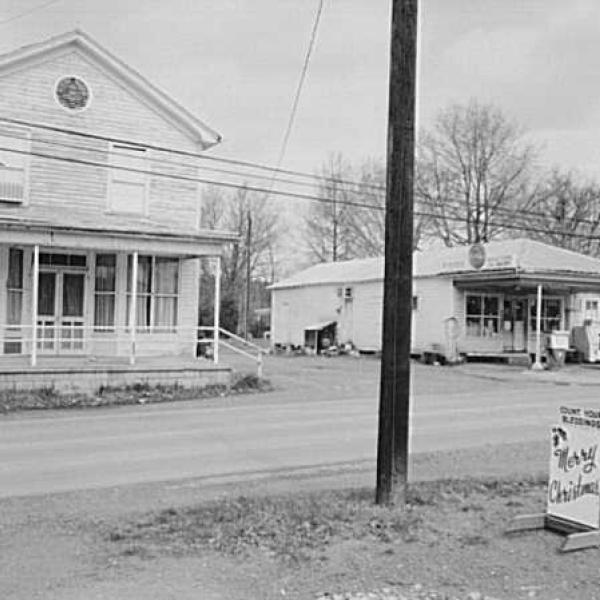 A Masonic Lodge that provided a new home for the Knap of Reeds order, the building has housed stores and post offices as well. 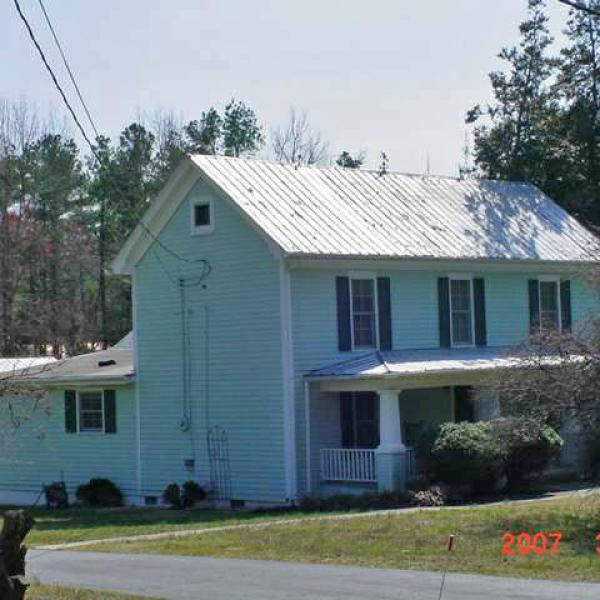 Built in 1918, this house lost its central chimney for bathrooms - which originally were housed in a three-seater outhouse. 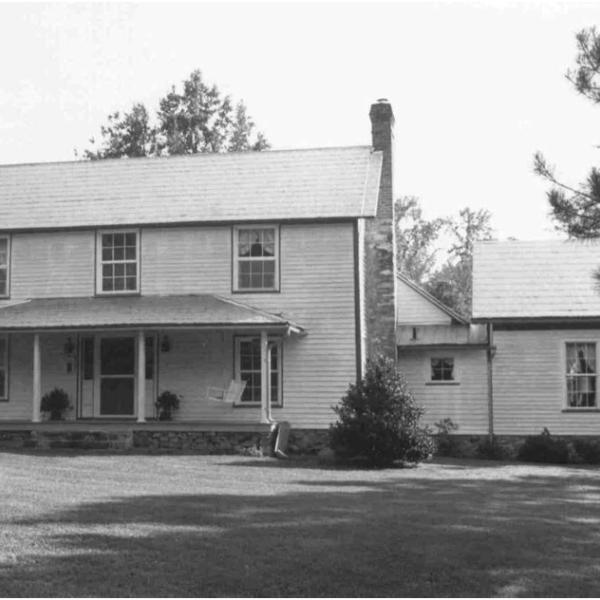 Individually-listed on the National Register, the 1850's (and likely earlier) Adolphus Umstead house once sat on 182 acres. 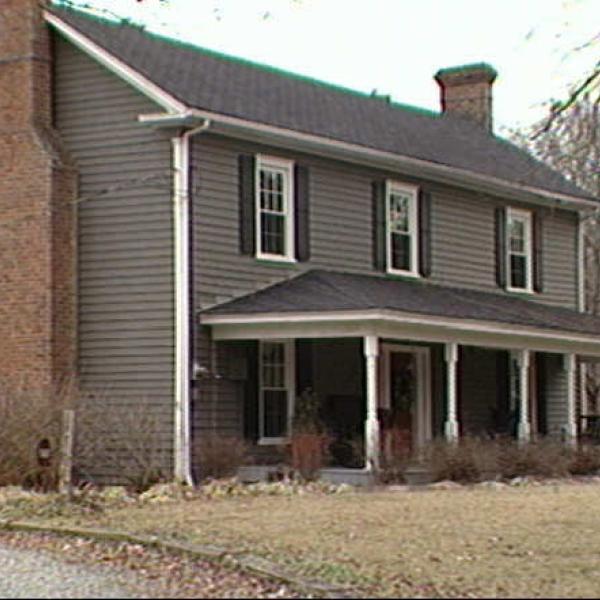 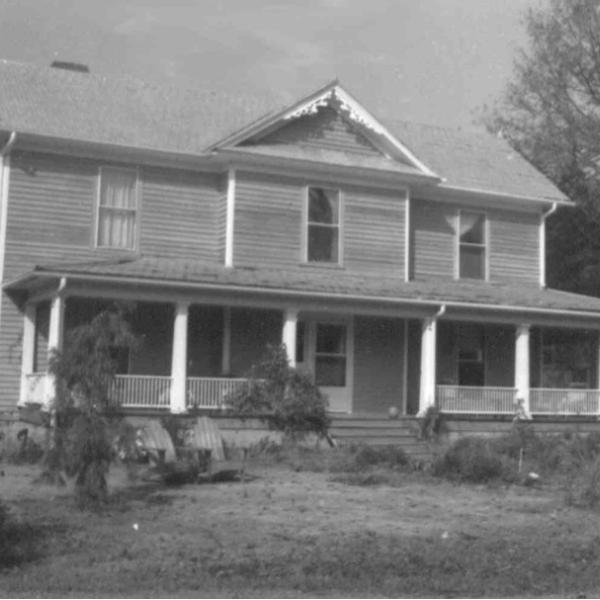 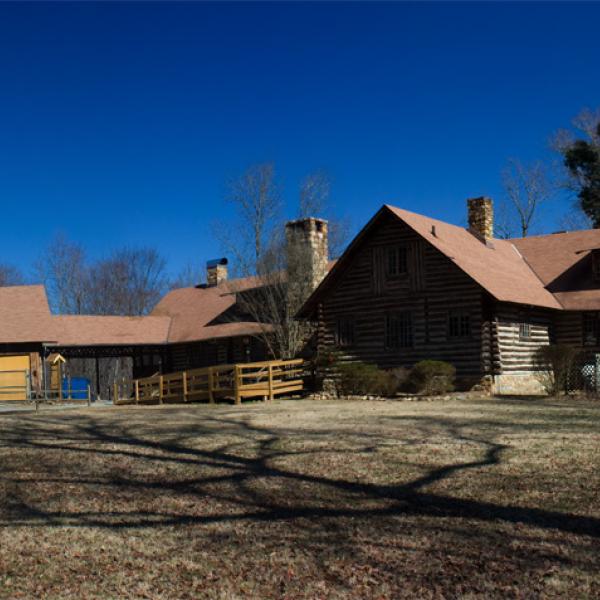 The summer house for the widow of Mary WL Stagg, of Greystone; now a lovely city park near Bahama. THIS IS NOT THE OFFICIAL WEBSITE FOR SPRUCE PINE LODGE. I regret that I can't help you set up your wedding; please call the city for assistance.