West Markham Avenue
Durham
NC
Year built
1700-1750
Year demolished
1940-1950
Construction type
Wood
Object Type
Tree
Neighborhood
Trinity Park
Can you help?
You don't need to know everything, but do you know the architect?
Log in or register and you can edit this. 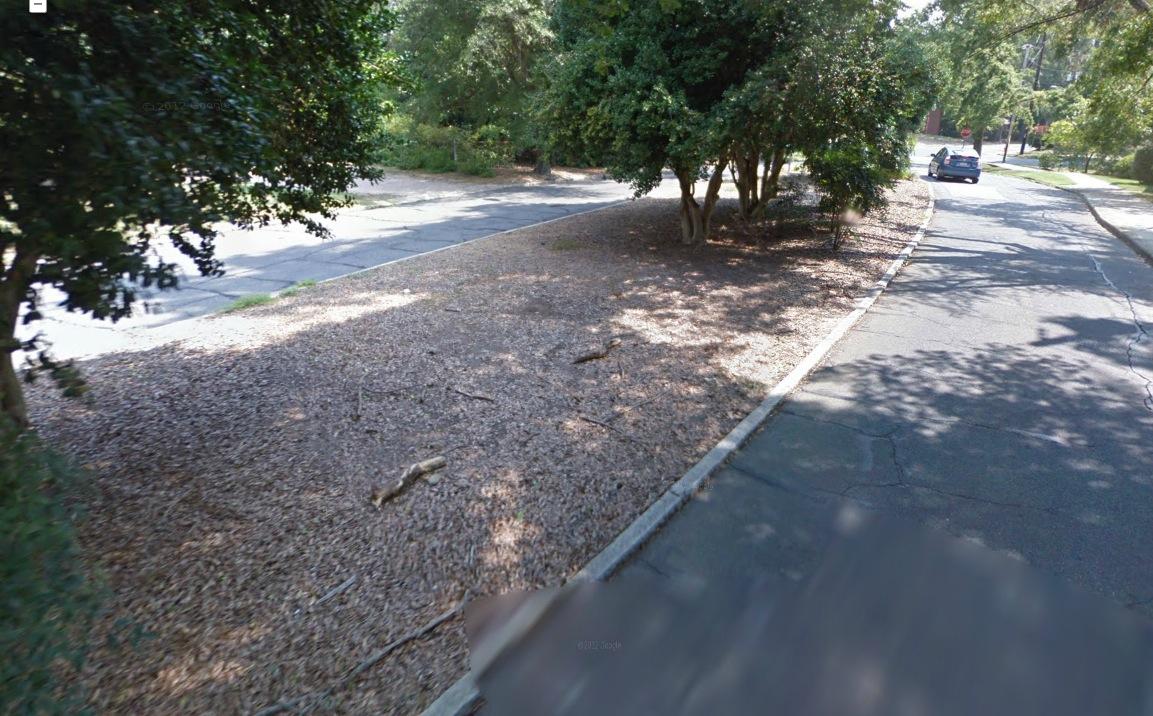 There's a curious little median on West Markham Avenue - a one-block long, ovoid median. Durham being a place of few medians, at least beyond the freeway variety, this small space is rather odd.

In the early 20th century, Markham Avenue and College Road did not connect, separated by a block between Buchanan and Watts. In a rather uncharacteristic display of civic preservation and beauty, the powers-that-were built a connecting road in 1937 which went around a 200 year old white oak tree, going so far as to install an irrigation system to keep the tree's roots well watered.

Whether the roadway cut or merely old age doomed the tree, it died "in the 1940s" per Jim Wise. Smaller trees/bushes grow in the median now, but its size is a vestige of their much larger forebear