The State Legislature formed the Bennett Place Memorial Commission in 1923 with the intent of building a monument to national unity at the site. Sources differ as to who designed the monument - one, more credible source states that W.H. Dacy designed the memorial; another states that architects Milburn and Heister, who designed a multitude of other structures in Durham designed the monument. The monument consisted of two corinthian columns, representing the north and the south, with "Unity" in large letters on the architrave above the two columns. Over the objections of the United Daughters of the Confederacy, who felt the endeavor constituted a monument to defeat, the Unity Monument was erected on the site and dedicated in 1923.

Julian Carr and Bennehan Cameron officiated at the ceremony, and despite the protests of the United Daughters of the Confederacy to 'General' Carr, he struck a tone of unanimity, saying "There is no North; there is no South... one section responds as the other when the national safety is threatened." 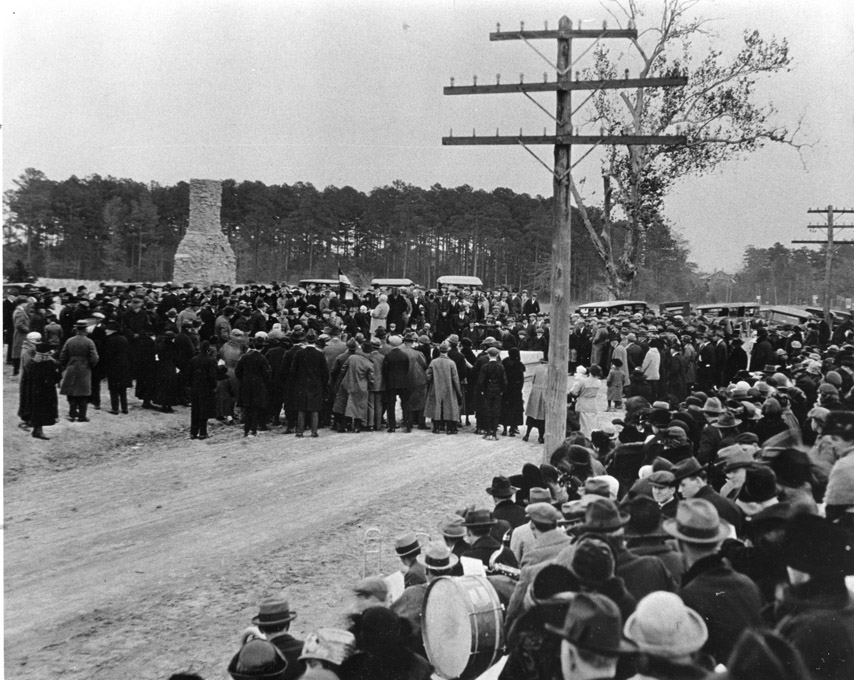 Carr, visible near the center of the crowd, speaking at the dedication of the Unity Monument at Bennett Place, 1923.
(Courtesy Duke Rare Book and Manuscript Collection - Wyatt Dixon Collection) 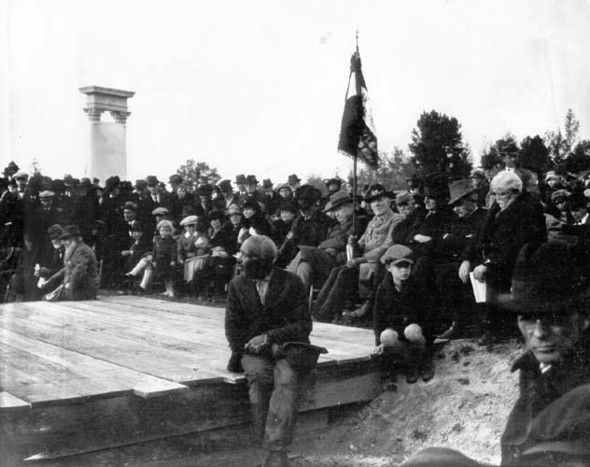 Dedication of the Unity Monument at Bennett Place, 1923.

The dedication of the monument received almost no national attention. Carr would die one year later, in 1924. In 1925, the site was transferred to Durham County. The site became little-known and little-visited over the next 30 years. 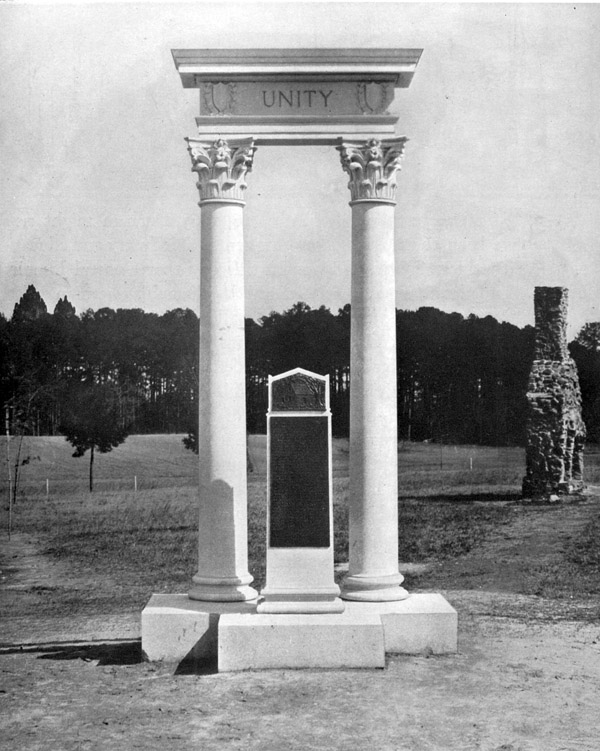 Unity Monument and the remaining chimney from the Bennitt House, looking east in 1926.

In 1960, the remainder of the Bennett Place buildings were reconstructed, and in the 1970s, it became a state historic site. 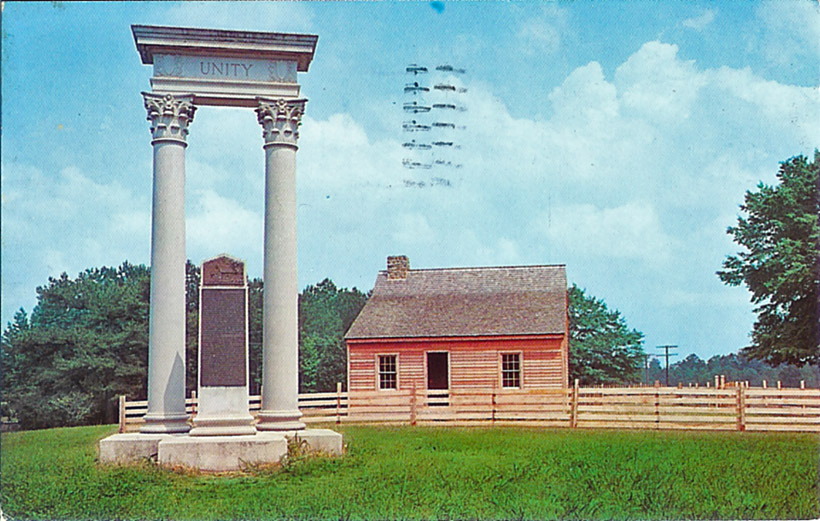 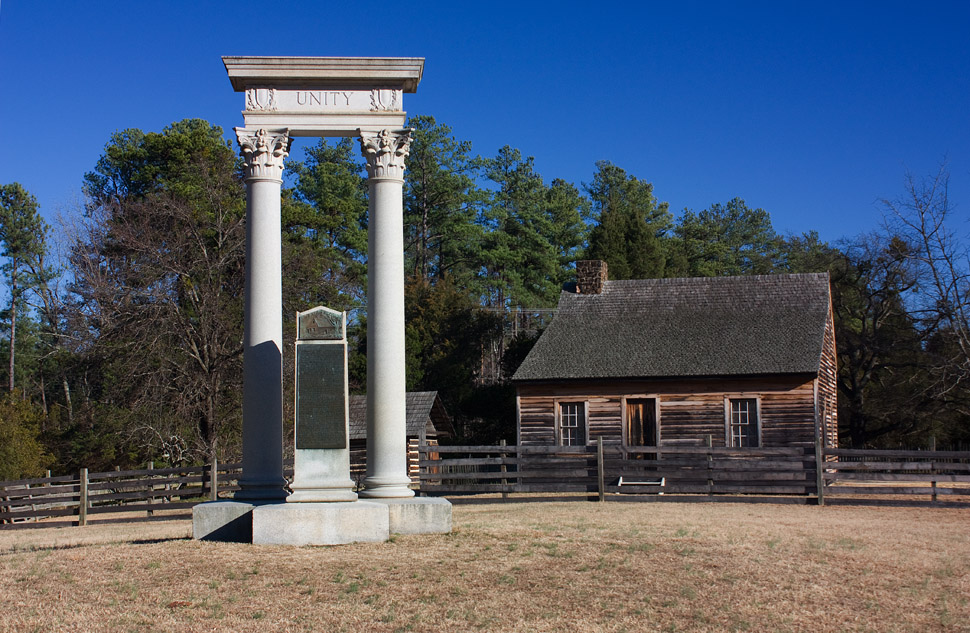