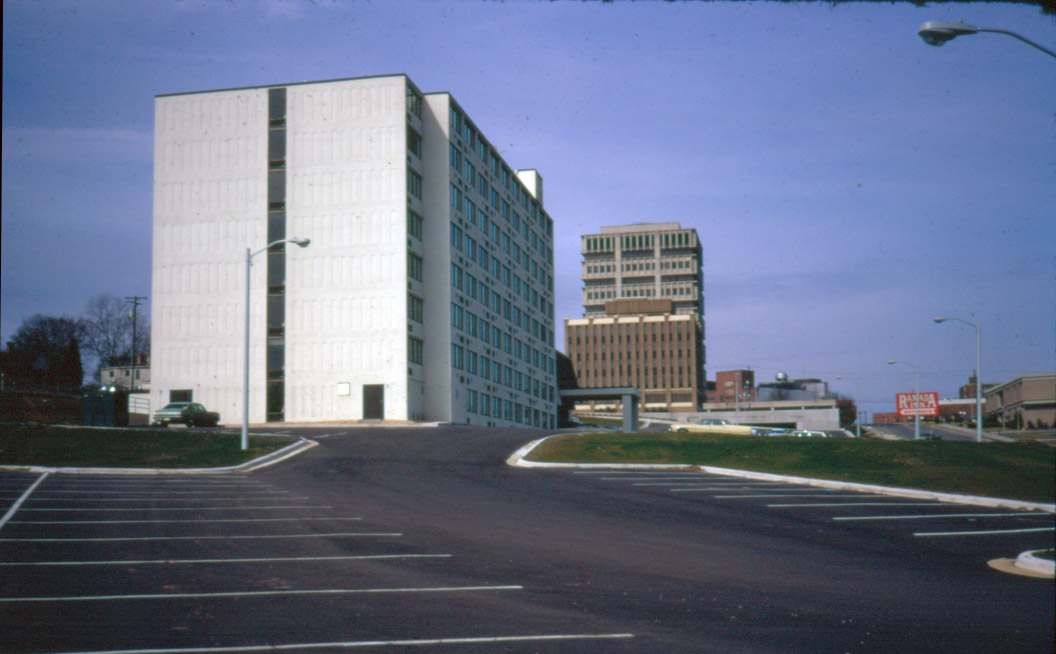 The site where the building and its asphalt rest once supported numerous small houses - 515-703 South Duke Street, 514-712 Willard Street, and the 400 block of Yancey Street. 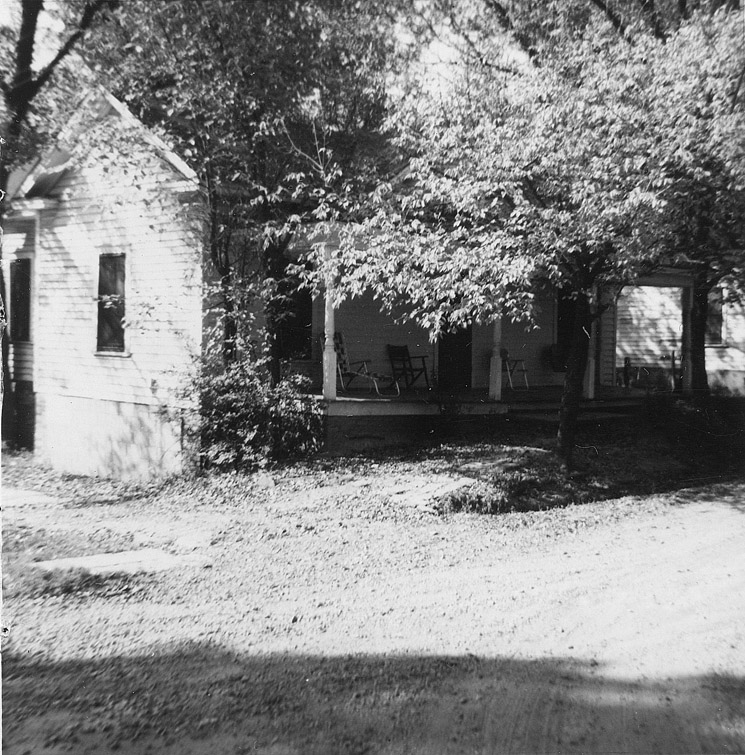 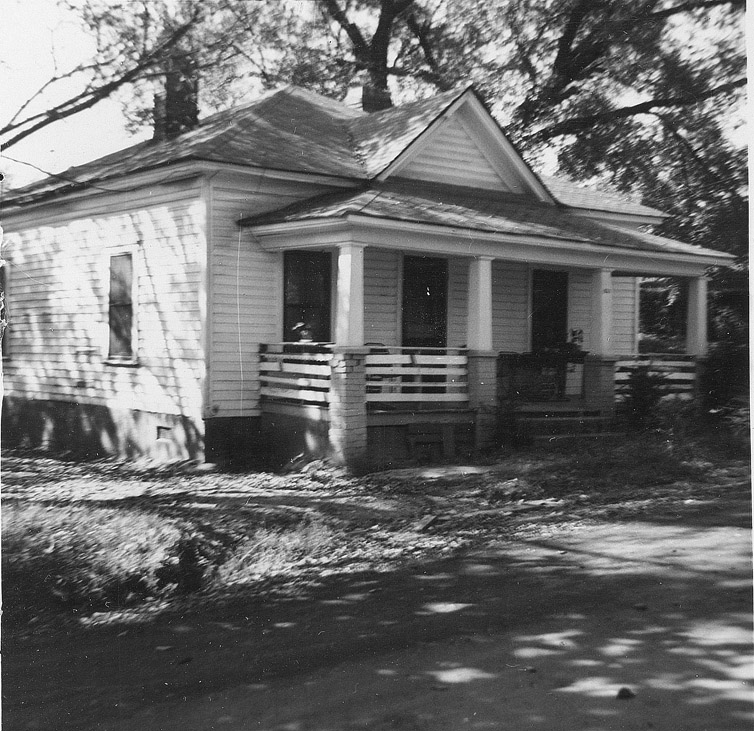 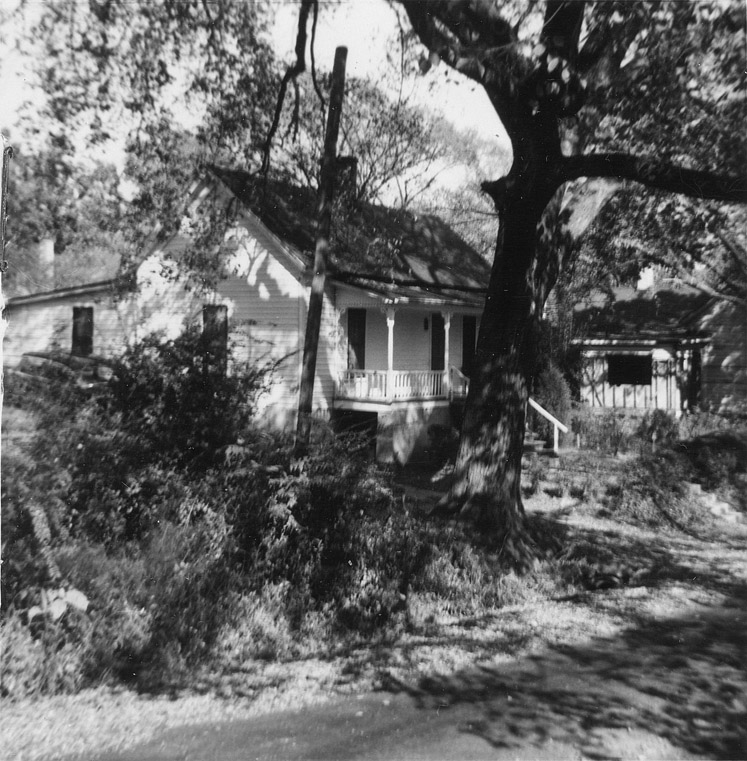 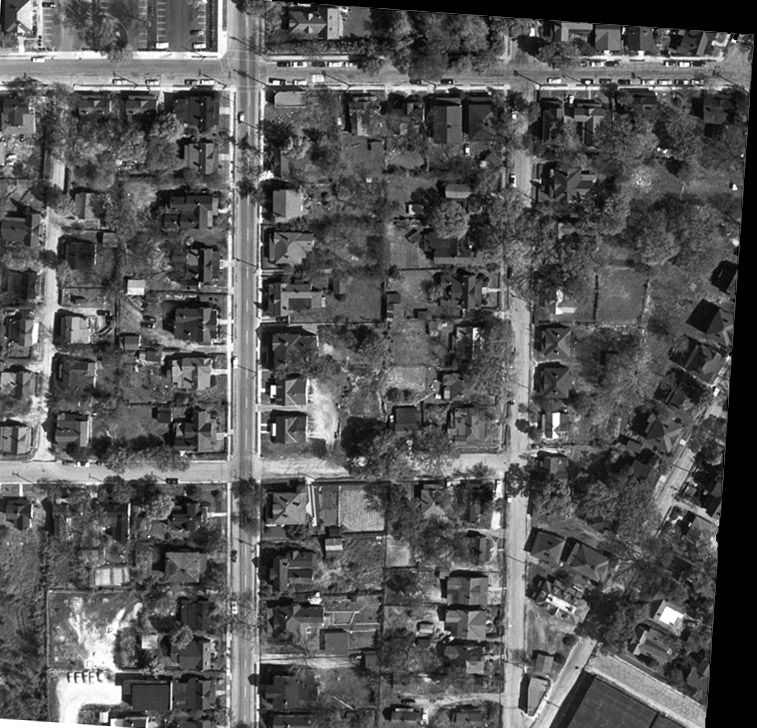 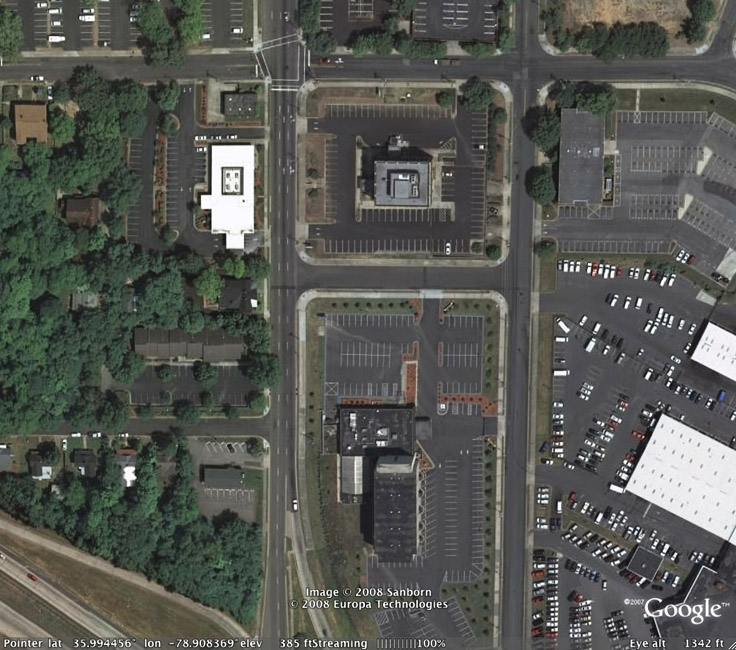 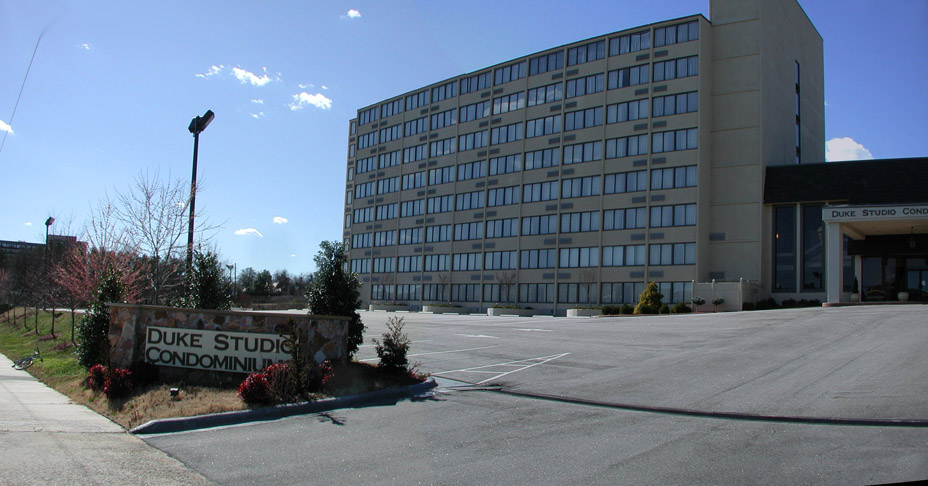 Purchased in 2015 by Graduate Hotels, which, amazingly enough, plans to hipster-ize this hulk.

And that fell through.

The Herald reported in July of 2017 that

"Alliance Residential Co., a Phoenix-based investor and manager of residential communities, would like to redevelop the former eight-story hotel at 600 Willard St. into a 340-unit apartment building with a parking deck."

I can't say that, generally, I'm excited by yet-more-apartments in downtown Durham (I'm not opposed to yet-more-residential, but would like to see some variety.) But given that the article says

"The files submitted to the Durham City-County Planning Department reveal the apartment complex would be made up of two buildings, totaling 395,000 square feet, with one featuring a 145,000-square-foot parking deck with 440 parking spaces. The plans also show multiple courtyards and a pool. The taller of the two buildings would rise seven stories with the second building coming in at five stories."

I assume this means replacing the current structure, which is about as un-urban as an urban building can get. Given that it's been abandoned for - well, forever - that's a good thing. I'd love to see some expansion of the definition of "downtown," which requires replacing the ring of 1960s-1970s suburbia that was urban renewed into existence around the loop.

The structure was demolished in early 2018. 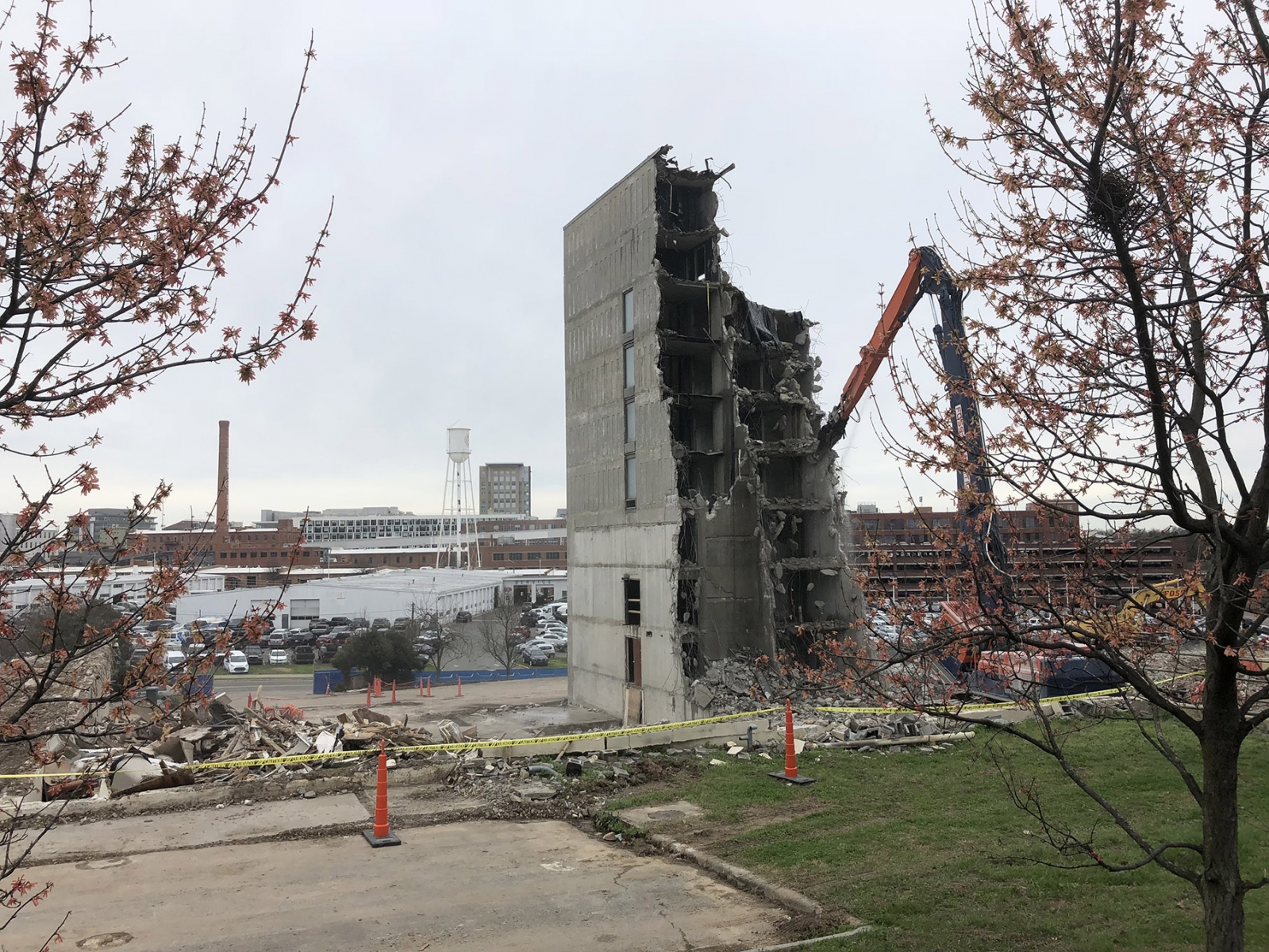 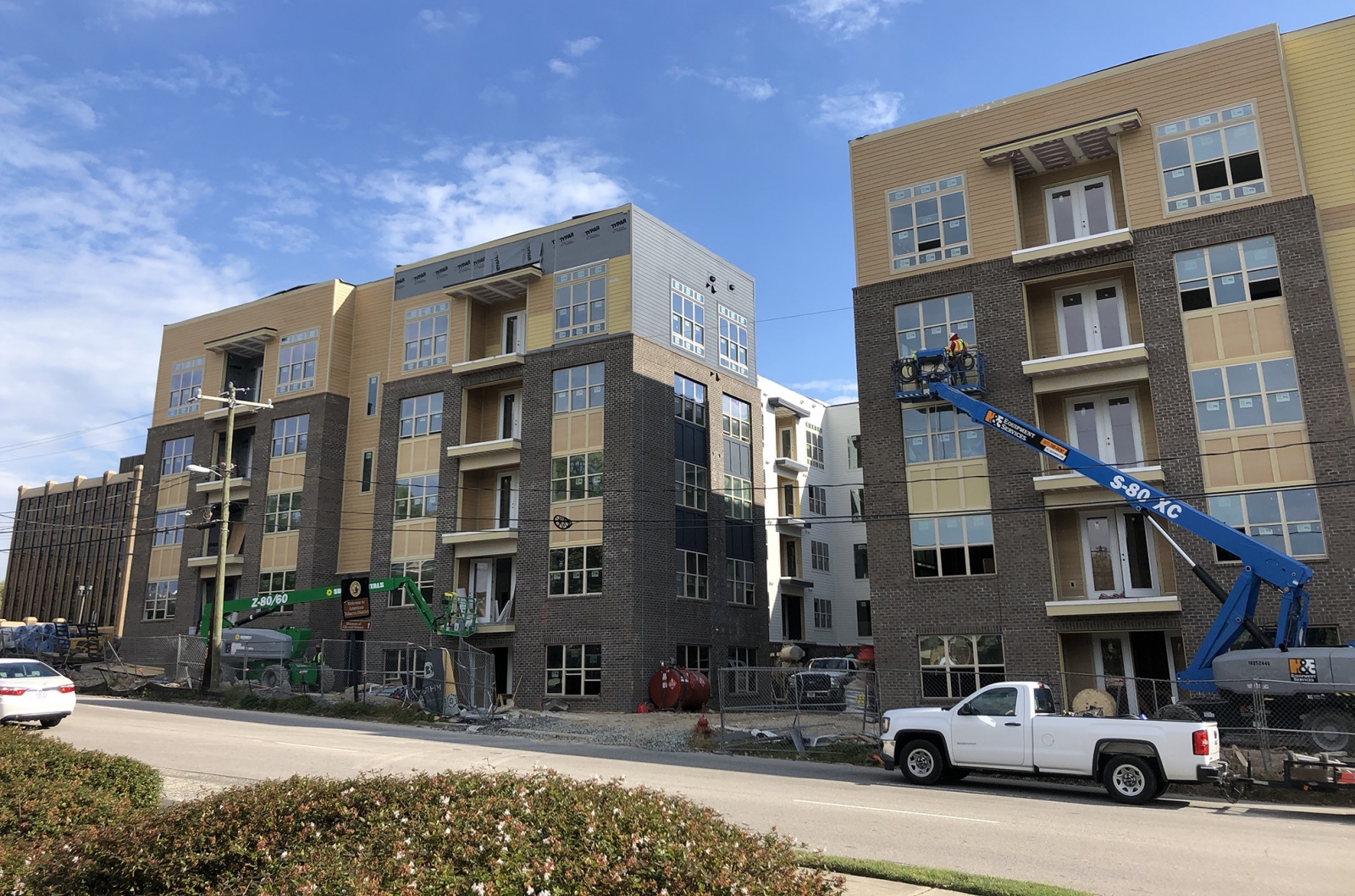 Oh, cheer up and look on the

Oh, cheer up and look on the bright side, Gary. it could be a lot worse: it could become part of the famous Sturdivant chain of derelict motels.

Oh, and one other thing while

Oh, and one other thing while I'm being a smartass: your picture of the motel makes me realize how much this building resembles our new jail. The motel has a little more glass and the jail has a little more concrete, but other than that they could be ugly stepsisters.

Is there an Architectural Hall of Shame somewhere? Whoever designed these buildings makes Albert Speer look like Brunelleschi by comparison.

I'm not sure the building

I'm not sure the building would be much different as part of Sturdivant's SlumberSlums, although the grounds currently do lack a certain quantity of school buses, velvet paintings, and old appliances. And I suppose the windows miss a certain oprahphilia.

This is the kind of building that exists on a busy street somewhere in Chicago or DC, but you never bother to look up at it. It just is a bland box that gives some mass to the street, and you're vaguely aware that it exists. Terrible corporate design that is really only at its nadir when put in an incredibly prominent location, by itself, like this.

My wife's office used to use

My wife's office used to use this hotel for stay-over guests in the late 1990s, but stopped after people started getting sick frequently. She jokes about it being a hotbed for Legionaire's.

Still, that didn't stop us from offering it as a (very) secondary option to the Marriott for our (cash-strapped) wedding guests in January 2006. (Our reception was in Bay 7, so it was at least extremely convenient.)

I don't think ANYONE else stayed in this hotel that weekend. Some of our friends noticed strange smells. And shortly thereafter, it closed.

Great post, as usual. I find it especially frustrating that this structure (and the surrounding wasteland) serve as the gateway to downtown for people entering from the freeway via Duke St. Talk about an area ripe for a major overhaul.

I had no idea that this building was extensively renovated before they tried to sell it off as condos - I do feel a bit sorry for the developer, or at least sorry that his money didn't end up somewhere more useful. It's hard to imagine people being interested in living here, given the general hideousness of the building and the stark sea of asphalt surrounding it on all sides.

John's right on, too - this thing does bear a striking resemblance to the jail.

The hotel is being torn down.

The hotel is being torn down. I'm not sure what will be replacing it. It had been sitting vacant for a long time.