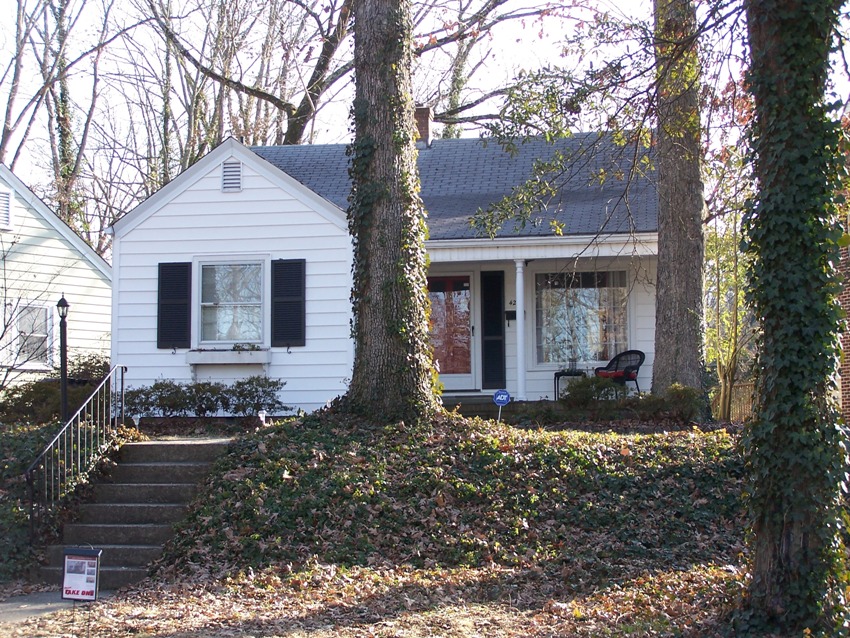 From the National Register nomination form of 2005, completed by M. Ruth Little

1-story side-gable Minimal Traditional-style house with front-gable wing, interior chimney, 2-bay front porch with a classical column, and vinyl siding. Windows are 8-over-8 sash and a multi-pane fixed window under the porch. Richard S. Ruby, a salesman at Graves Jewelry, was the occupant in 1950. [1950 CD]

The following information comes from the City Directories and general web searching:

Do you have any other photos

Do you have any other photos and/or more detailed descriptions for this house? I'm writing a story and this would be the perfect home for one of my characters.