122-124
East Parrish Street
Durham
NC
Year built
1910-1925
Year(s) modified
1970-1980
Neighborhood
Downtown Central
Use
Law Offices
Building Type
Commercial
Can you help?
You don't need to know everything, but do you know the architect?
Log in or register and you can edit this.

Some blocks are just really, really hard to put together a sequence of images for - the south side of the 100 block of East Parrish St. is one of those. 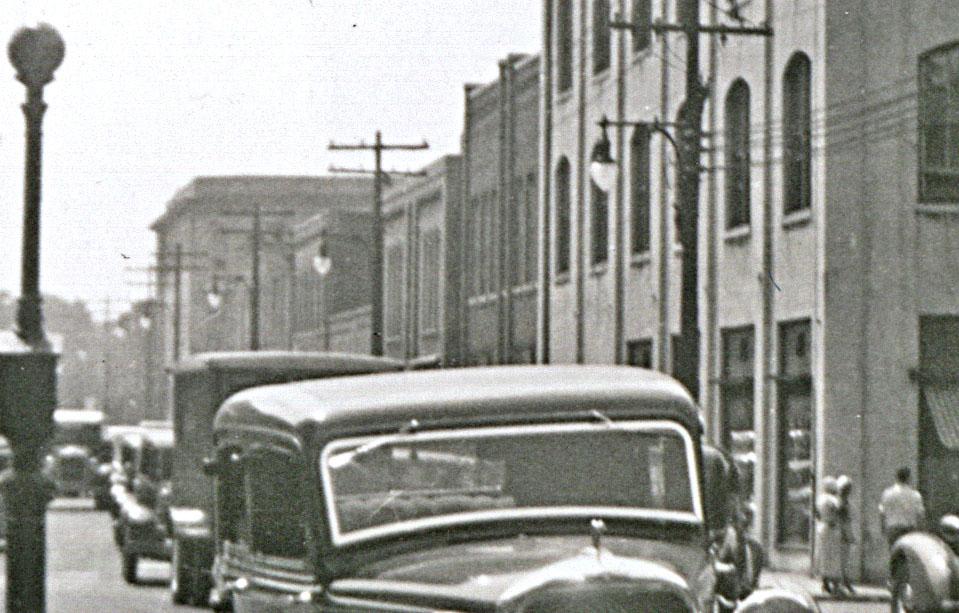 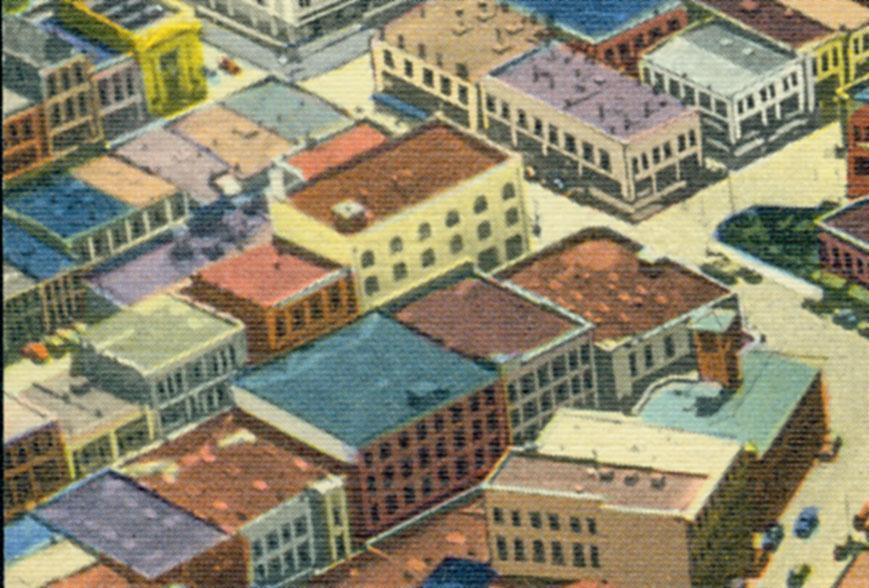 The "Oriental" - one of Durham's earliest Asian restaurants, was established in this block during the 1940s. 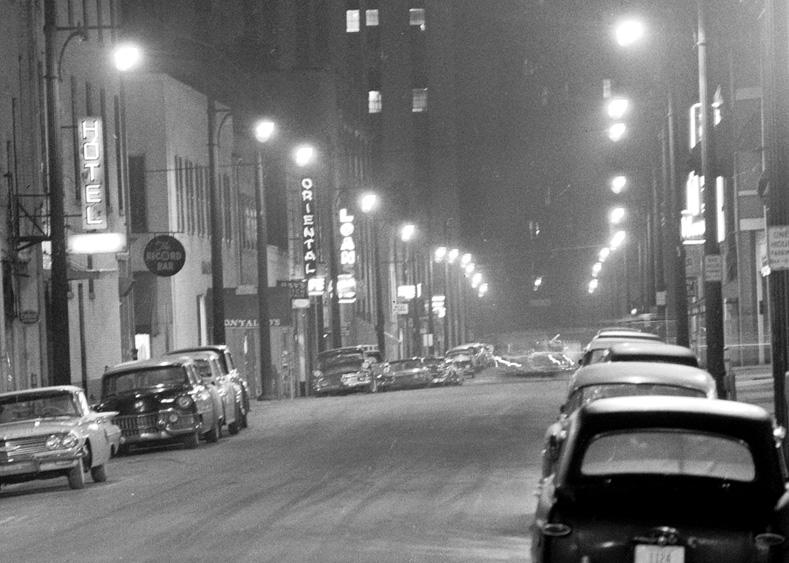 Looking west from the 200 block of East Parrish at night, early 1960s.
(Courtesy The Herald Sun)

Probably during the 1970s, 122-124 E Parrish appears to have been re-faced with new brick, but, from studying the aerials, seems to be the same building. 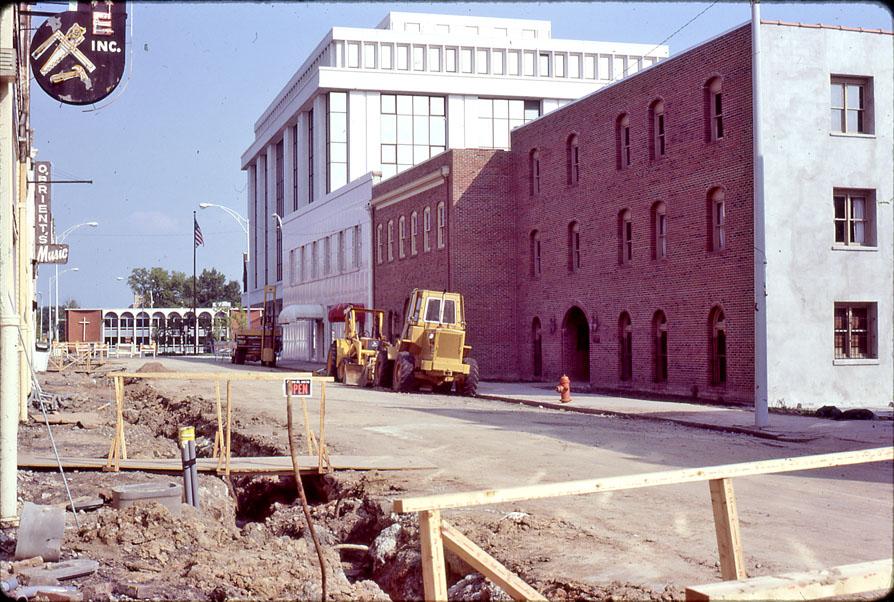 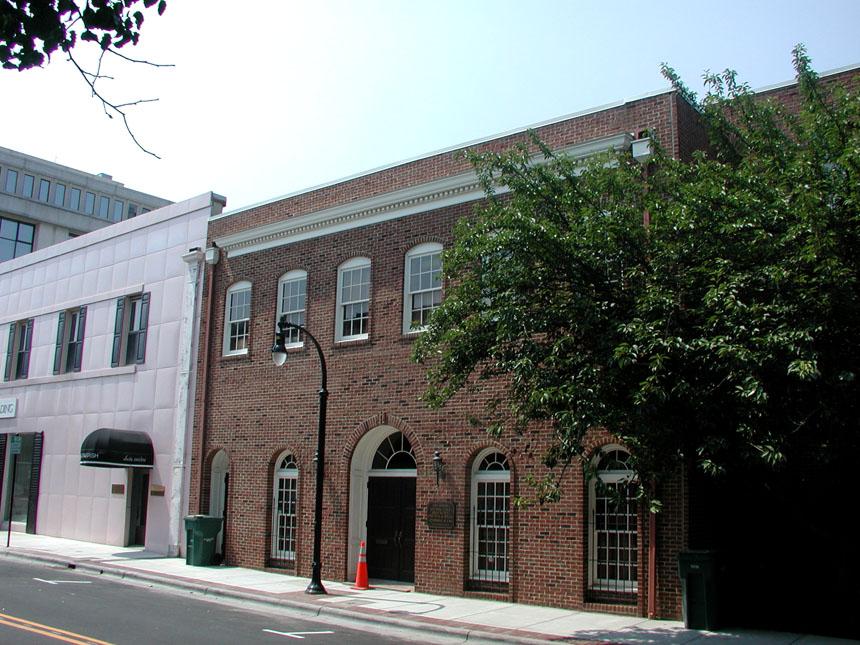 122 East Parrish has been occupied by the law firm of Stubbs, Cole, Breedlove, Prentis and Biggs since 1979. Stubbs Cole is Durham's oldest continuously practicing law firm established in 1932.