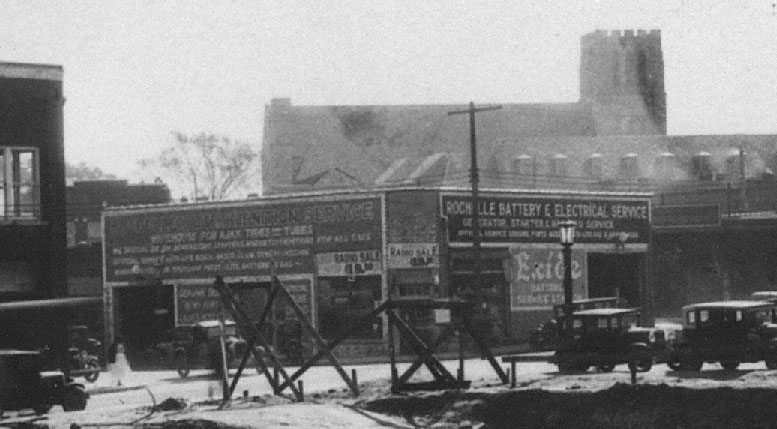 The building at the southeast corner of Rigsbee Ave. and East Chapel Hill St. was likely built by S.E. Rochelle as the second home of his bicycle, motorcycle,and gun shop, which he started in 1910 at the northeast corner of Corcoran and Parrish Sts.

Rochelle fought in the Spanish-American War, in the Philippines. After returning to Durham in 1901, he opened a fish stall at the market building that preceded Union Station. When this was demolished for the station, and a new market was built at the Municipal Building / Academy of Music, Rochelle decided the city's rent was too high, and began his business.

Rochelle became quite successful, and built the building at Rigsbee and East Chapel Hill sometime in the 1920s. He supplied the city with motorcycles and bicycles, and helped promote motorcycle stunt events at Lakewood Park. 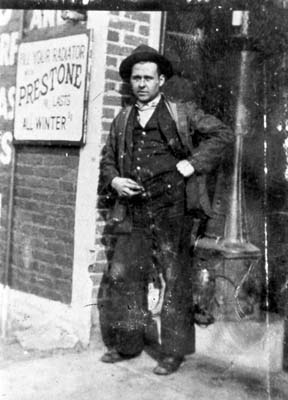 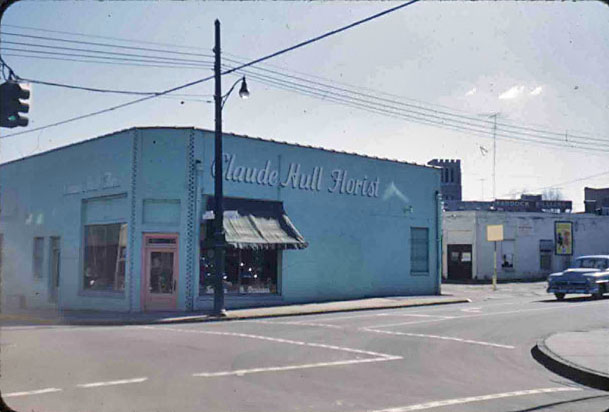 The triangle of land betweeen Rigsbee, East Chapel Hill St. and North Mangum was torn down in 1961 for a city surface parking lot. 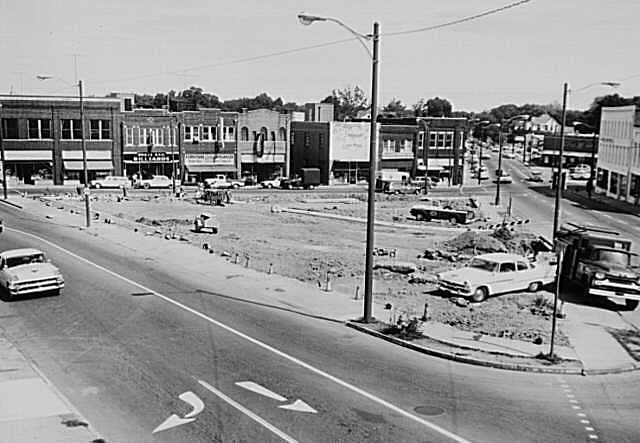 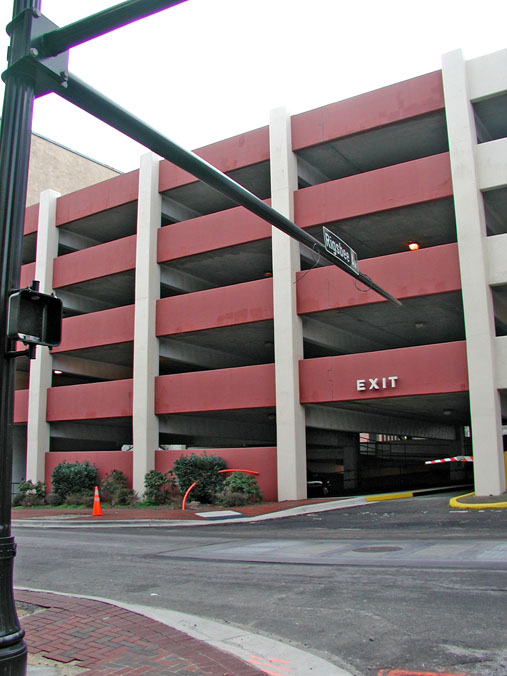 Do you know what the building

Do you know what the building with the crenelated tower in the background of the first picture is?

Sorry Joe - I meant to type

Sorry Joe - I meant to type that last night, but was falling asleep - It's Trinity Methodist, which had a steeple added to it in the 1980s. I'm going to add this to the post.

Isn't that actually Orange St. that runs on the West side of the triangular parcel where the deck and parking lot are now? Did Rigsbee and Orange run parallel to each other or am I missing something here?

Carey You're missing one

You're missing one block of street - Rigsbee ran parallel to Orange and intersected with Mangum - so it was a smaller triangle.

Thanks for this post. I was in that parking deck just this afternoon, and was feeling all the more how ugly and unfortunate it is, occupying so much of the view in that block.

Your post and Kevin's recent post at BCR have made me wonder about how parking lots can/ought be part of a good downtown design.

For anyone else who's interested, here are some thought-starting articles on the topic. Common elements: putting retail or something otherwise human at street level.

From the Campaign for Sensible Growth:
http://tinyurl.com/2fzq76

From the Downtown Research and Revitalization Center:
http://tinyurl.com/24sx9v

Chris I think some of the

I think some of the Rochelle items ended up with the Durham County Library - at least photos and papers. There are quite a few motorcycle/landscape photos - including several taken in Durham. I'll be using one on Monday.

The parking question shapes so much of urban design. It gets complicated because of motivation rather than a lack of solutions. Generally, retailers/office/gov't want the parking to be as visible as possible - no chance that someone will miss the place to park to utilize the service. Designers who care about the pedestrian experience on the street (and generally about aesthetics) want to either do first-floor retail or a liner building that sits between the street and the parking garage, hiding it.

If I were to take the blank canvas of a block, and I had to build something with structured parking, I'd stick the parking deck in the middle of the block (or at least inside the block) and build buildings around the outside with public space / trees / green space between the buildings and the street. The classic paradigm for how things have been built since the 1960s is just the opposite - ring the outside with parking decks, build your building on the inside, and, if there is green space, it's in the center, in a courtyard.

Which gets to somewhat fundamental questions about the private realm vs. the public realm. The pedestrian is not an important customer to most businesses/services, thus they have no motivation to serve any transportation infrastructure other than streets (preferably those private vehicles, and not those nasty buses - see Brier Creek, etc.) People have demonstrated over and over again that they will patronize really ugly buildings to get the goods and services they want. But if you create an attractive place, generally, a broad range of people will come, who will then spend their money. So whose responsibility is it?

I feel strongly that when the government is building parking decks - which means almost all of them in downtown Durham, they need to serve the public realm/pedestrians. And they simply won't do it. From this deck to the Durham Centre deck, to the American Tobacco deck on Pettigrew, to the deck being built on S. Mangum for the performing arts center - they are following the 1960s paradigm; install goods/services that attract people, and provide gobs of can't-miss-it parking. It's MBA architecture.

Does anyone know if the City

Does anyone know if the City has ever seriously considered retrofitting a garage like this one with some small retail?

There already a small office space in the garage on the end of Rigsbee, but it doesn't come all the way out to the street. I'd even like to see a Post Office kiosk or a hot dog stand lining the front and/or sides of this thing - anything that might generate some activity.

As unfortunate as this particular parking structure is, I take greater offense at the surface lot and the completely cleared block behind it that you profiled a few weeks ago. In my opinion, all City or County owned surface lots anywhere inside the DDO should be sold to private developers and put back on the tax rolls. Perhaps one or two strategic sites might be set aside for a proper publicly funded urban parking garage with streetfront retail. We do need parking downtown, but we also need infill construction to help build density.

RWE If by "seriously

If by "seriously consider" you mean something that is in the public record - no. While I've even heard big downtown developers acknowledge that there is too much parking downtown (albeit maldistributed) I think the city is still stuck in the mindset that to lose a single parking space would doom downtown.

I generally take significantly greater offense at surface parking lots, but I think this particular deck is in a terrible spot. See my post for 7/1 for more on that.