2701
Hillsborough Road
Durham
NC
Cross Street
Trent Drive
Year built
1930-1937
Year demolished
1955-1972
Construction type
Masonry
Neighborhood
Old West Durham
Use
Service Station
Gas Station
Ice Company
Building Type
Commercial
Can you help?
You don't need to know everything, but do you know the architect?
Log in or register and you can edit this. 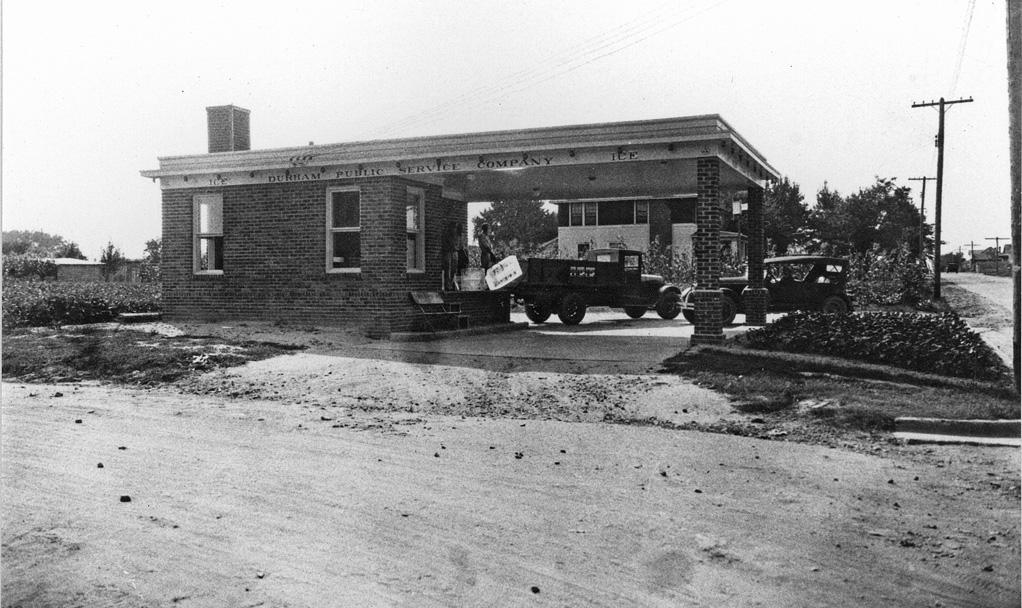 Looking west from Crabtree St. (later Trent) and Hillsborough Rd., 1920s - the side of the house at 2707 Hillsborough Road is visible in the background.
(Courtesy Durham County Library / North Carolina Collection)

Many people are probably aware of ice delivery in the days before household refrigeration became commonplace; the term 'icebox' still gets used occasionally, at least in the south - which hearkens back to the days when delivered ice would be inserted into an insulated cabinet and used to refrigerate perishables. Even after mechanical refrigeration was available, it took ~20 years (~1930s-1950s) for such equipment to become predominant in American households.

In Durham, it was the electric company that provided ice service and central refrigeration; the main office was located on Blackwell St., across from American Tobacco. The West Durham 'branch office' was located on Hillsborough Road, at the corner of Crabtree St. (later Trent.).  Based on this 1937 Sanborn Map, it seems this ice station sat on the front part of a lot that the company also used as a "transformer yard." 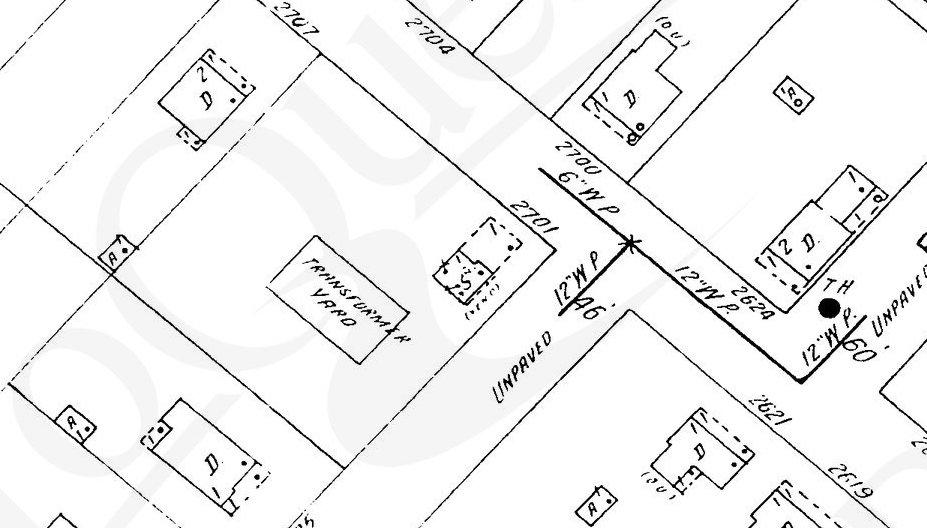 I'm not sure exactly when the structure was torn down, but it appears to be gone in aerial photos from 1972.  By the 1980s, the site became the parking lot in front of a restaurant - I remember it as China Inn in the 1990s, but I'm not sure if it wasn't something previously. (As an aside, I acquired a since-beloved neologism from the China Inn menu: "flavorite." It was used in this sentence, in 2000: "....flavorite dish of newly-elected president Bill Clinton.") 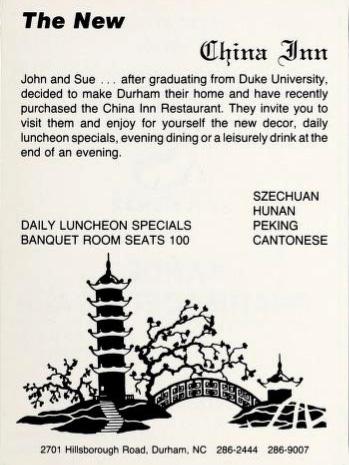 China Inn closed sometime in the early 2000s, and I believe that the building now houses a nightclub. 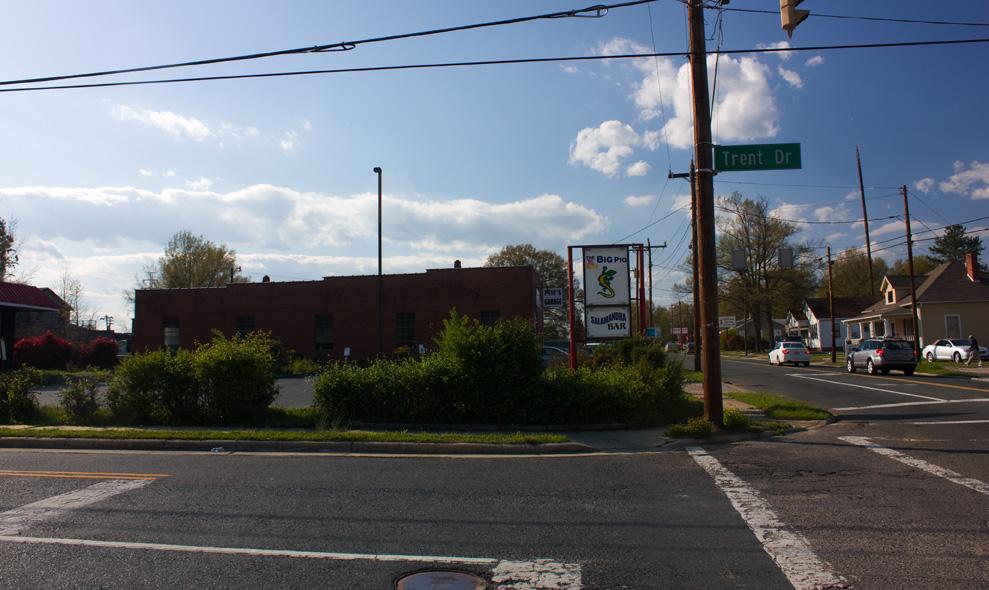 Looking west from Trent and Hillsborough, 04.15.09

Here's what I have on the China Inn; I've added a link back to this post.

the current building was actually the second incarnation of China Inn. When I moved here in 1978, China Inn occupied the same lot, but in a different building. At some point the building burned down and the current on was built.

I think it's a mexican buffet/nightclub.

After the Ice company was torn down. Bud's Drive-in occupied that corner.In fact the first incarnation of the China Inn was in the original Bud's Drive-in building.Later China Inn rebuilt the current building used as a club.For some reason I sort of remember the first Jim's Party Store being on that corner before it moved across Trent to the other corner.

Since I also lived in Trent as a freshman back in '91, I must ask this pressing question--what happened to Wild Bulls???