423
Morris Street
Durham
NC
Cross Street
Corporation Street
Year built
1928
Year(s) modified
~1940s-1950s
Construction type
Masonry
Neighborhood
Central Park
Use
Manufacturing
Office Building
Building Type
Industrial
Can you help?
You don't need to know everything, but do you know the architect?
Log in or register and you can edit this. 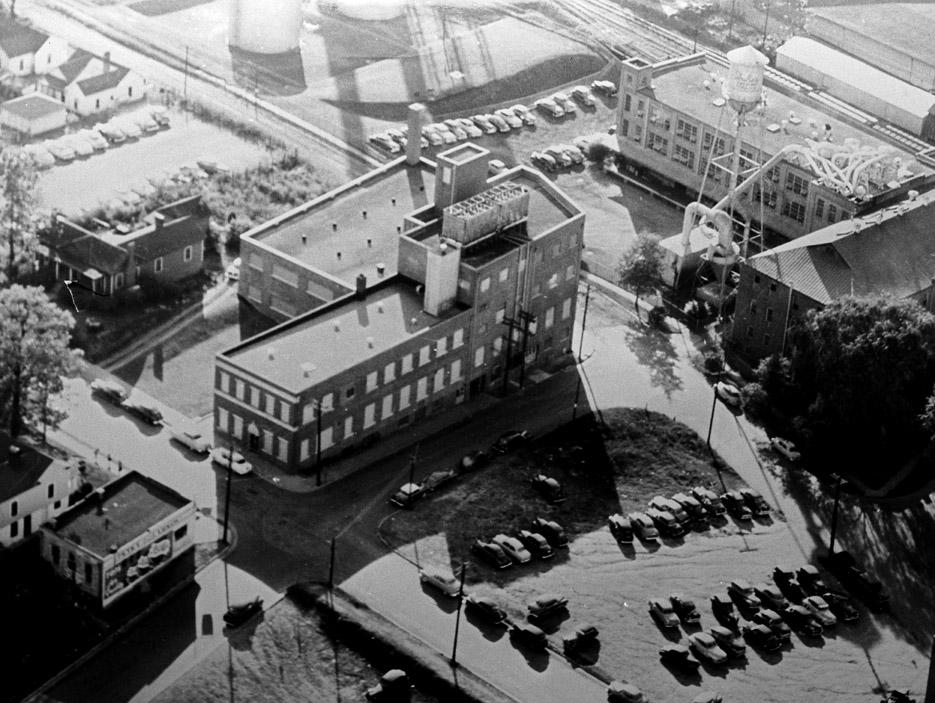 BC Headache Powder was invented in 1906 at the Five Points Drug Company by Germain Bernard and Commodore T. Council (really.) Prepared at the counter initially, the drug was later manufactured for distribution and sale on the top floor of the flatiron building at the western point of Five Points.

After the Five Points Drug Company burned around 1928, the company constructed a new larger facility at Morris and Corporation Sts., which opened that same year. This facility was expanded twice (likely in the 1940s and 1950s) as operations grew. By the early 1950s, the company employeed 150 people. 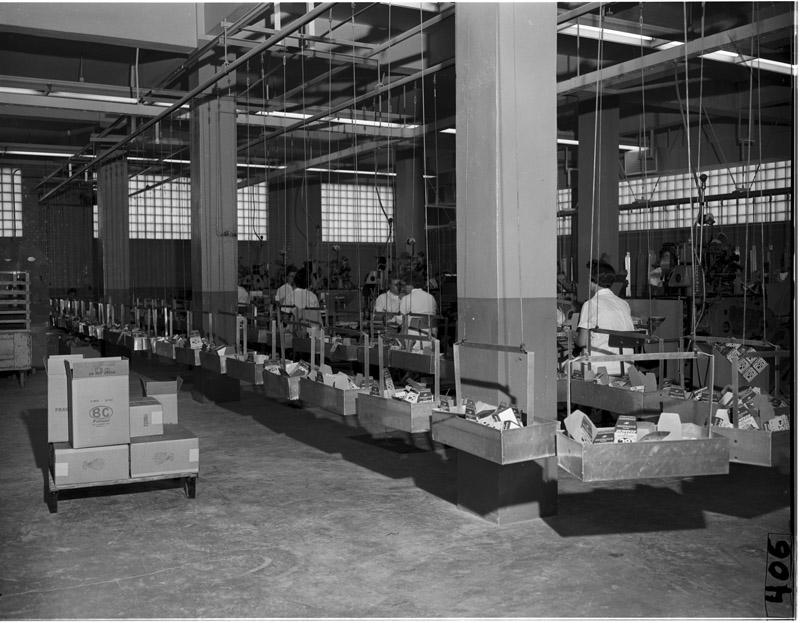 Interior of the BC Powder manufacturing facility, 06.24.58.
(Courtesy The Herald-Sun Newspaper)

The company evidently stopped manufacturing in this facility in 1972. I'm not sure how the transition occurred, but BC Powder is now owned by Glaxo Smith Kline and manufactured in Memphis.

In 1980, Measurement Incorporated - an educational testing company, got its start in Durham. I'm not sure when they purchased the BC Powder building and renovated it for office space, but the company has evidently had ongoing success, as evidenced by their ongoing acquisition of buildings and land around their buildings at Corporation, Morris and Liggett Sts. They've done a fine job of adaptively reusing these structures, as well as the Brodie Duke warehouse to the north - I hope this ethic extends to their newer acquisitions. 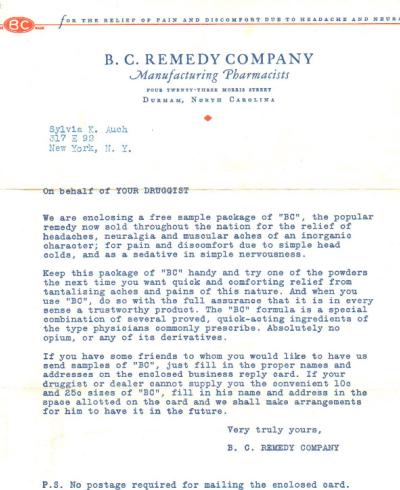 Wasn't this building used as the Operations Center for Central Carolina Bank and Trust during the 70's? I have vague memories of CCB having the Operations Vault and several departments in "the old BC building."

I work at MI, and remember being in the first wave to move to this building in spring 1994. I do know it was owned by a bank before MI renovated.

BC was bought by Block Drug (owners of not only BC, but Goody's and Stanback headache powders as well...along with multiple denture creams and other consumer goods) in the early 70s (and manufacturing moved to Memphis). The consumer healthcare division of Glaxo bought Block Drug in 2001.

Thanks all, for helping to fill in the 1970-1990 gap in information. I find that period, oddly, one of the more difficult to research - particularly when it pertains to corporate/company history rather than political events/public action.

Very nicely done--hats off to MI for both restorations!

You are correct, Lynn: The buildings were purchased from BC after they moved out by CCB (Central Carolina Bank) and converted into it's Operation Center, sometime around 1972/3. It housed their computer operations, vault, and other back-office operations. It remained as CCB's Operations Center until the spring of 1990, when CCB moved its operations center to Operations Drive, off Highway 70/ Hillsborough Road in a building built by Rob Teer. Measurement Incorporated bought the buildings a few years later and renovated/ remodeled them to fit their use.

My grandfather Clarence Jackson Jones was Secretary and Treasurer of BC in the 50-60s before retiring in 1968. He knew Mr. Bernard (B) and Mr. Council (C) as I used to play hoops in Durham with Mr. Council's great grandson Calvin Smith in the 80s.