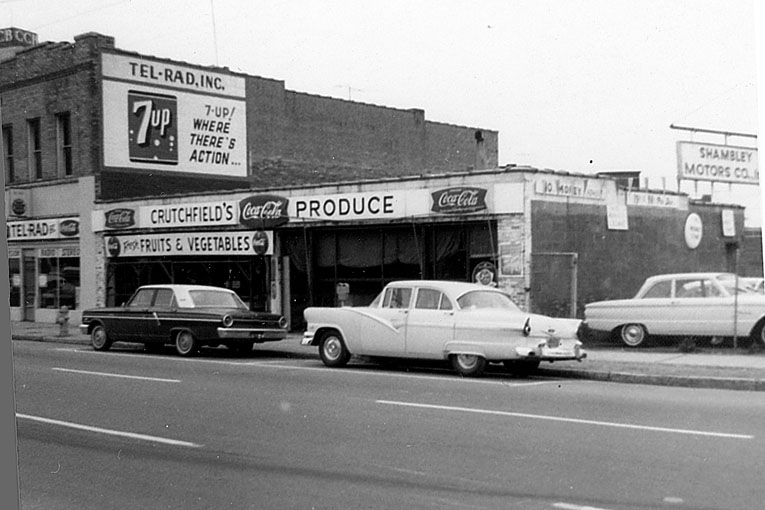 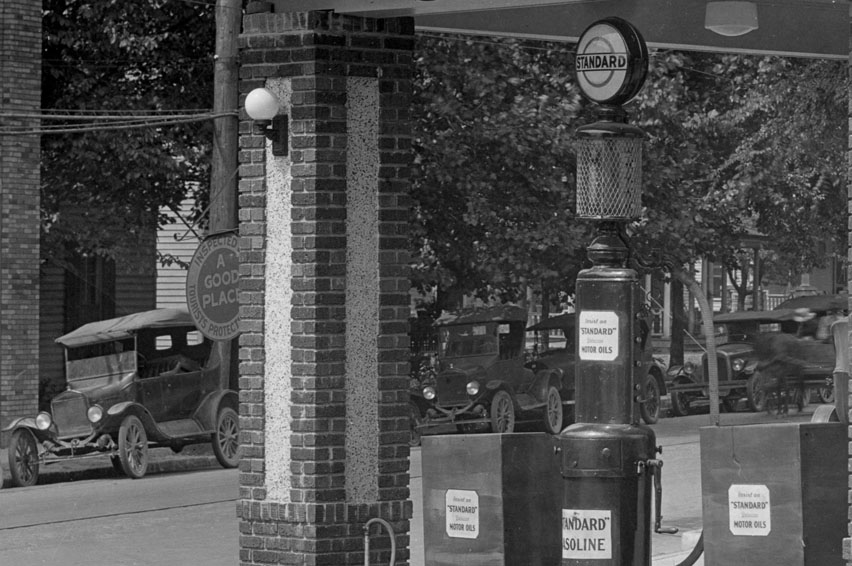 The residential portion of Mangum still extended south into the 400 block of Mangum when this picture was taken in the early 1920s. The houses are variably visible past the gas station, looking northwest from the intersection of North Mangum and East Chapel Hill St.

With ~10 years, the commercial expansion of downtown had claimed these residences with a produce market and a (used) car dealership.

Urban renewal claimed these buildings in 1968: 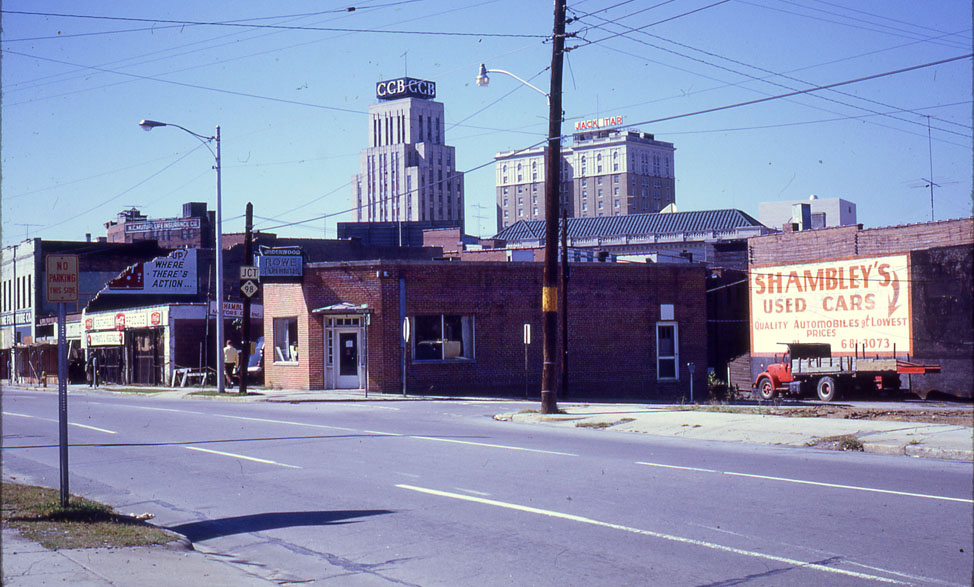 These buildings were 'improved' to surface parking in the late 1960s, which evidently remains the highest and best use of these city-owned lots.

It's a no-brainer that the city should put out an RFP to develop these lots - it's an ongoing waste of prime downtown land that makes the landscape in the northeast part of downtown bleak. While I'm no fan of the loop, I think the loop wouldn't seem half as bad if these lots were developed with appropriate urban architecture.

No wonder Raleighites have fear of visiting Durham -- we no longer have a filling station at this corner with a sign that reads "A Good Place ~ Inspected ~ Tourists Protect--".

I disagree with your observation that it's a "no-brainer" that the city put out an RFP on that parking lot. You may think I'm obsessed with the loop, and I may be, but I think getting rid of the loop needs to come first. It's ugly, it confuses people who are not familiar with downtown, and it is extremely pedestrian unfriendly. It chops up downtown, separating American Tobacco from Brightleaf, and both of them from the central core of Main and Chapel Hill Sts. What an RFP would probably generate is a proposal for a KFC, a Jiffy-Lube, a drive-through Walgreens, or some other Glenwood Avenue/15-501/ N. Roxboro Rd type business which emphasizes quick in-and-out, a big parking lot, and a preference for locations on highway-like streets. Like Bill Kalkof's great sucess: MacDonalds.

If the city would commit to getting rid of the loop, they could then plan a redrawing of some of these streets. On a street like W. Morgan this would involve making it two-way, having on-street parking, and wider sidewalks. That would encourage the kind of development that you and I would both like to see.

Will the city get rid of the loop? Unfortunately, I don't think anyone in the present city government really appreciates what an unmitigated disaster it is. And changing the loop would have to involve DOT, and they don't even care whether it's an urban disaster as long as it moves traffic.

So, as usual: Ecrasez la loop!

Funny - I hadn't even noticed that. Perhaps we should add that to our now-ubiquitous 'district' signs.

I don't disagree - I don't think it's an either-or. The city can concurrently fix the loop and put an RFP out for these lots. And while I wouldn't be surprised if the RFP ended up with Hayti Development Corp building a Quicksilver across from the McDonald's, the RFP could be for any stipulated form/use. My overall point is that the combination of vast empty parking lots and the Loop creates a synergy of bleak badness which makes this a miserable space. You can fix the loop, and I'm repeatedly on the record saying that this should be done ASAP, but until you fix the surface parking, this space will still be bleak.