The area of West Main approaching Trinity College/Duke East Campus remained primarily residential through the 1930s; the 1937 Sanborn Fire Insurance maps show large homes on both sides of West Main Street near the intersection of Watts.

However, by 1940, the triangular site formed by the intersection of Morgan and West Main Streets proved too tempting for an ever-growing demand for gas stations. Roycroft's Central Service - a Pure Oil station with typical cottage-style architecture, opened on the site. 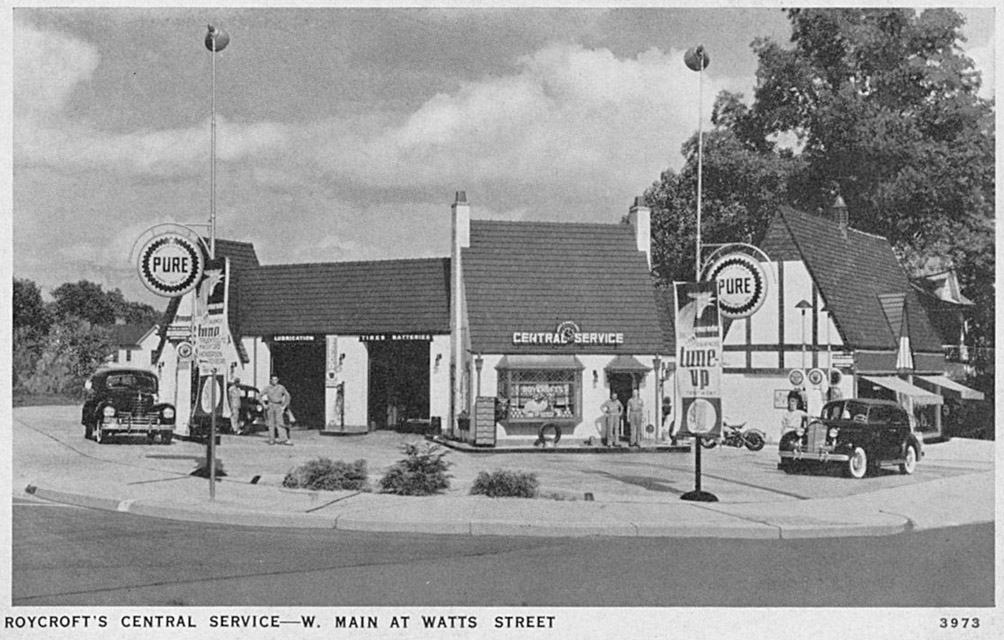 (Courtesy The University of North Carolina) 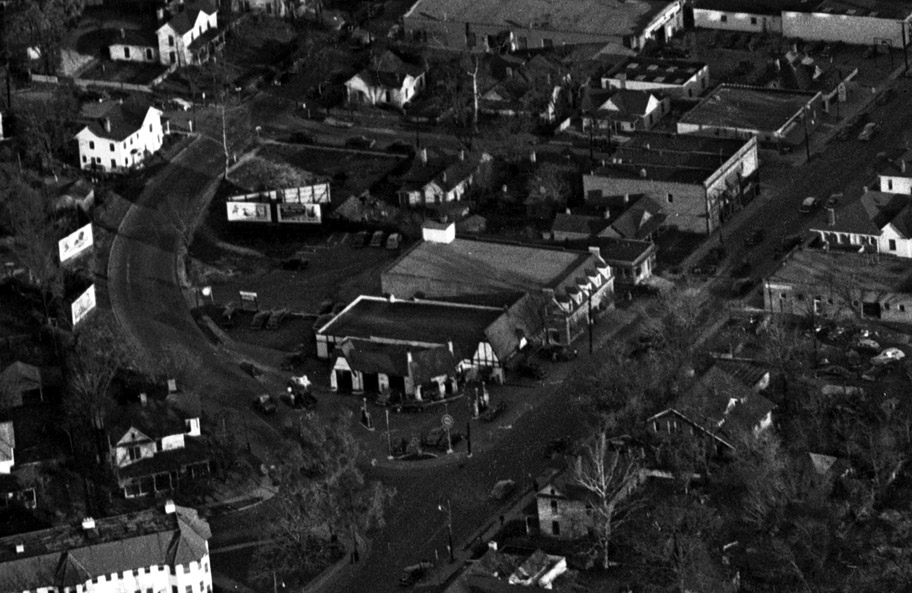 Although the particular type and form of gas station has changed multiple times, it remains a gas station today.

This gas station is rather abruptly being torn down. Word on the street is that it is simply shifting to new permutation of gas purveyor. 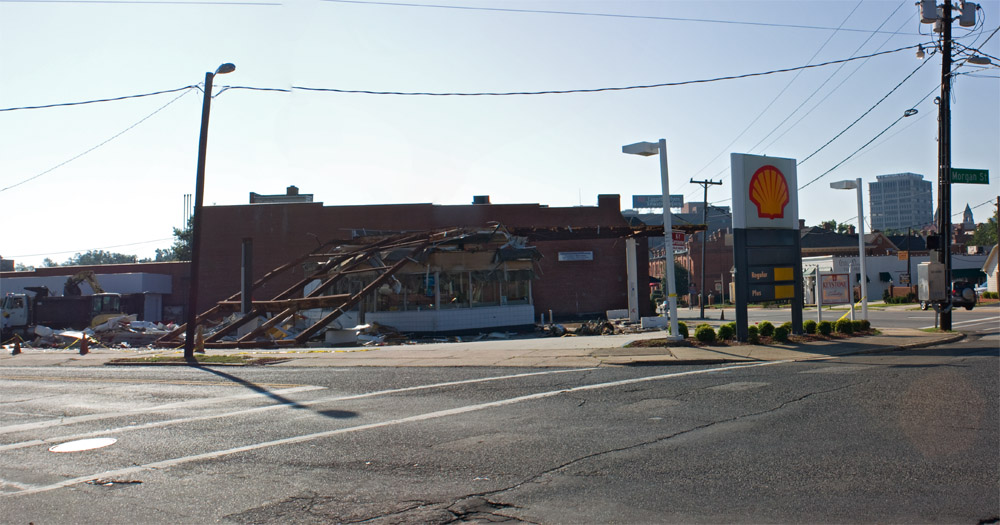 What's the deal with the

What's the deal with the Bread & Kabob across the street? I can recall one Thanksgiving as an undergraduate too poor to get home in which I had a great turkey dinner at what was then the Steak & Egg.

Around 1985-1987 (and probably outside that somewhat), the central building for the gas station at this somewhat odd intersection was probably no more than 6' by 12' in size. I think they sold cigarettes (and maybe beer) in addition to gas. It was odd: I lived at the south end of Trinity Park, and there was no convenience store near that part of town. I may be wrong, but I don't think the convenience store at the other end of Trinity Park (the Fast Fare/Zippy Mart or whatever it currently is on Club at Buchanan) was there then either. I guess the convenience store is the current equivalent of what used to be little corner groceries scattered all over the place.

I hear that the Bread & Kabob

I hear that the Bread & Kabob location is being turned into a "restaurant/sports bar" called "Gatsby's." They're shooting for being open around the end of December.

I drove by this gas station

I drove by this gas station today and noticed that they were tearing it down. I wonder why? I go there a lot and didn't hear anything about it.

Just a guess, but since the

Just a guess, but since the sign has been left intact and there is no indication that underground tanks have been removed, this may just be a raze and rebuild. The station is not really big enough by today's standards (I design gas station layouts), and it may be possible that they are simply going to reconfigure the site.

Sounds like that is the consensus - that the owners will rebuild a gas station with a different site layout.

Back in 1974 there was a "TOPS" service station located here, operated by Kenan Oil Co. I rode with a Kenan Transport Co. driver to that station to drop a tanker load of gasoline into the underground tanks. I worked for Servicetown Truck Stop, at I-85 and Guess Road, next to Honey's restauant. Also owned by Mr. Frank Kenan. Great memories!!