3307
Devon Road
Durham
NC
Year built
1931, 1933
Architects/Designers
Nelson, G. Murray
National Register
Individual
Neighborhood
Hope Valley
Building Type
Residential
Local ID
124232
MLS #
1840833
Can you help?
You don't need to know everything, but do you know the builder?
Log in or register and you can edit this.

From the National Register nomination form, written by Cynthia de Miranda (see here for the entire text and supporting documentation):

The Forbus House has local significance under Criterion C in the area of Architecture. It is a well-articulated example of the rare Norman Provincial architectural style in a city with several early twentieth-century suburbs favoring picturesque revival styles. G. Murray Nelson of Raleigh designed the house for Dr. Wiley D. Forbus and Elizabeth Burger Forbus and their daughters. The house, completed in 1931, burned in 1933 and was immediately rebuilt. The asymmetrical massing, steeply pitched and varied roof forms, staggered chinmey stacks, masonry walls, and-most importantly-the central round tower with conical roof and vertical windows, express the Norman Provincial style of the house. The Forbus House was one of the first erected in Hope Valley, a suburban development built around a Donald Ross-designed golf course and meant to attract the faculty of a growing university as well as the second generation of successful businessmen in a booming textile and tobacco town. The house remains one of the most notable in the neighborhood and in the city due to the thorough treatment it received in an unusual architectural style. The period of significance is 1933, the year the existing house was completed.

Dr. and Mrs. Forbus hired Raleigh architect G. Murray Nelson of the firm Nelson & Cooper to design their home. Nelson had worked alone and in partnership with J. A. Salter before forming a partnership with Thomas W. Cooper in 1921; Cooper had been
chief draftsman for Salter & Nelson for the last years of that partnership. Throughout the 1920s, Nelson & Cooper designed houses in Raleigh's early suburbs, often in the Colonial Revival style. The firm also designed the State Agriculture Building on Capitol Square and buildings on the campus of North Carolina State College.  Also throughout the 1920s, Nelson kept an office in his name only in the First National Bank Building at 123 West Main Street in Durham. Nelson lived in Raleigh throughout the 1920s and had a manager run the Durham office, but he continued to list himself and his Durham address in the classified section of the city directory. It is likely that Nelson designed some houses in Durham's burgeoning suburban neighborhoods before he was engaged by the Forbuses to build their new home. As construction began on the Forbus House, another notable Nelson design was underway on Minerva Avenue in Trinity Park: the Kronheimer House is a large, two-story brick house designed in the Renaissance Revival style with Italian or Mediterranean influences and featuring that style's characteristic tiled hip roof, arched windows and door, and deep, bracketed eaves. A recessed comer porch-with arches supported by slender Ionic columns-gives the house a slightly asymmetrical facade, an unusual element in the style. Still, Nelson's Kronheimer House is the city's "foremost example" of the Renaissance Revival style, just as the Forbus House is Durham's best representation of the Norman Provincial style. 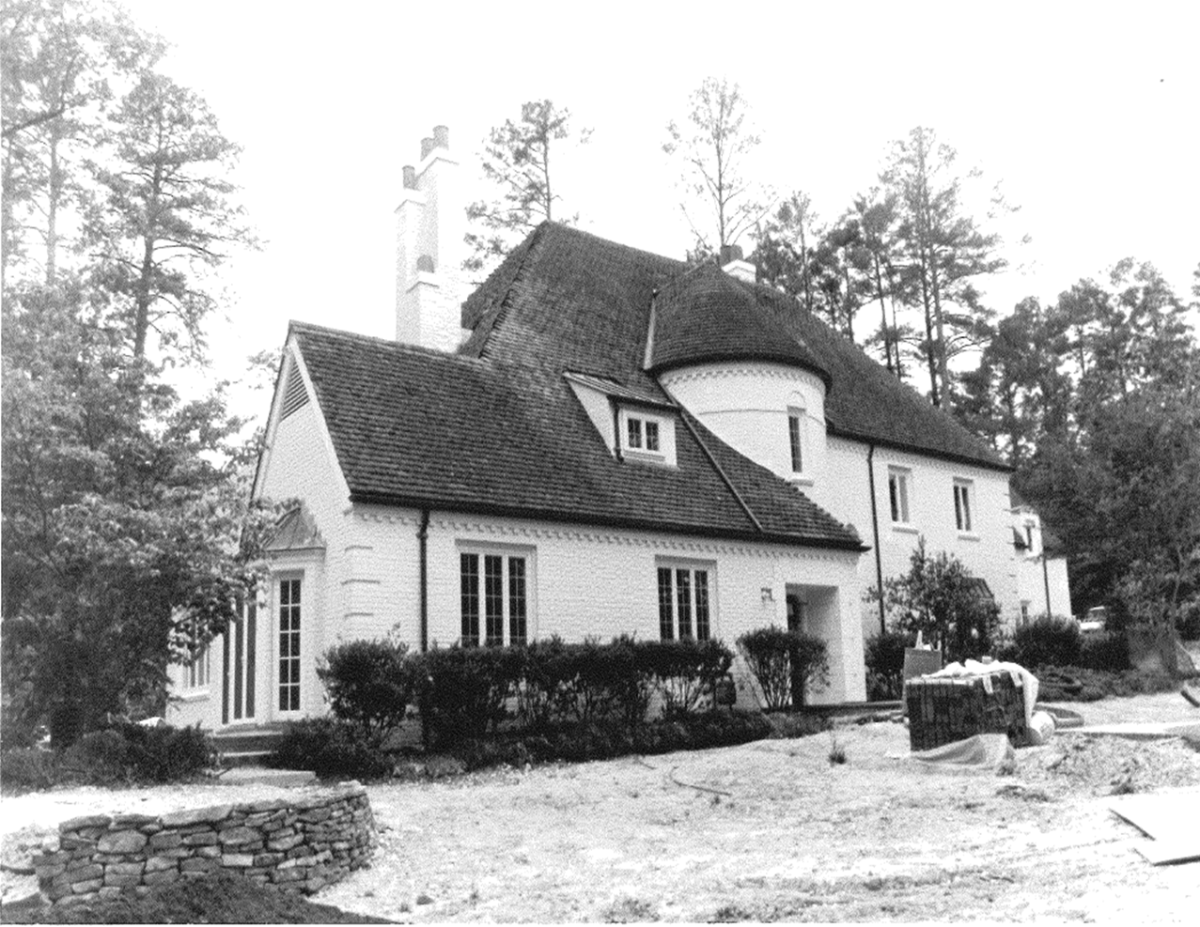 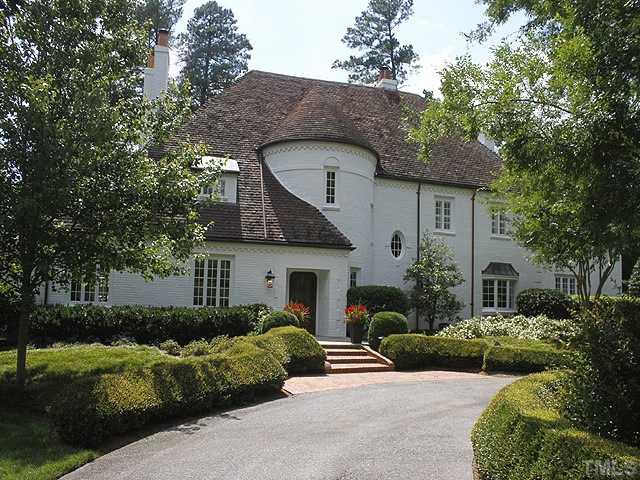 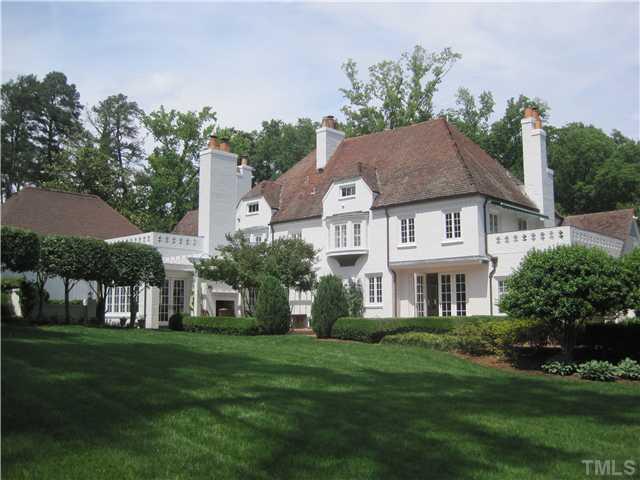 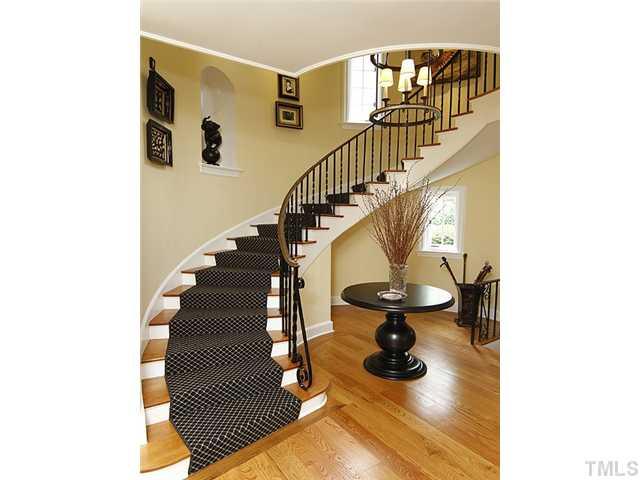