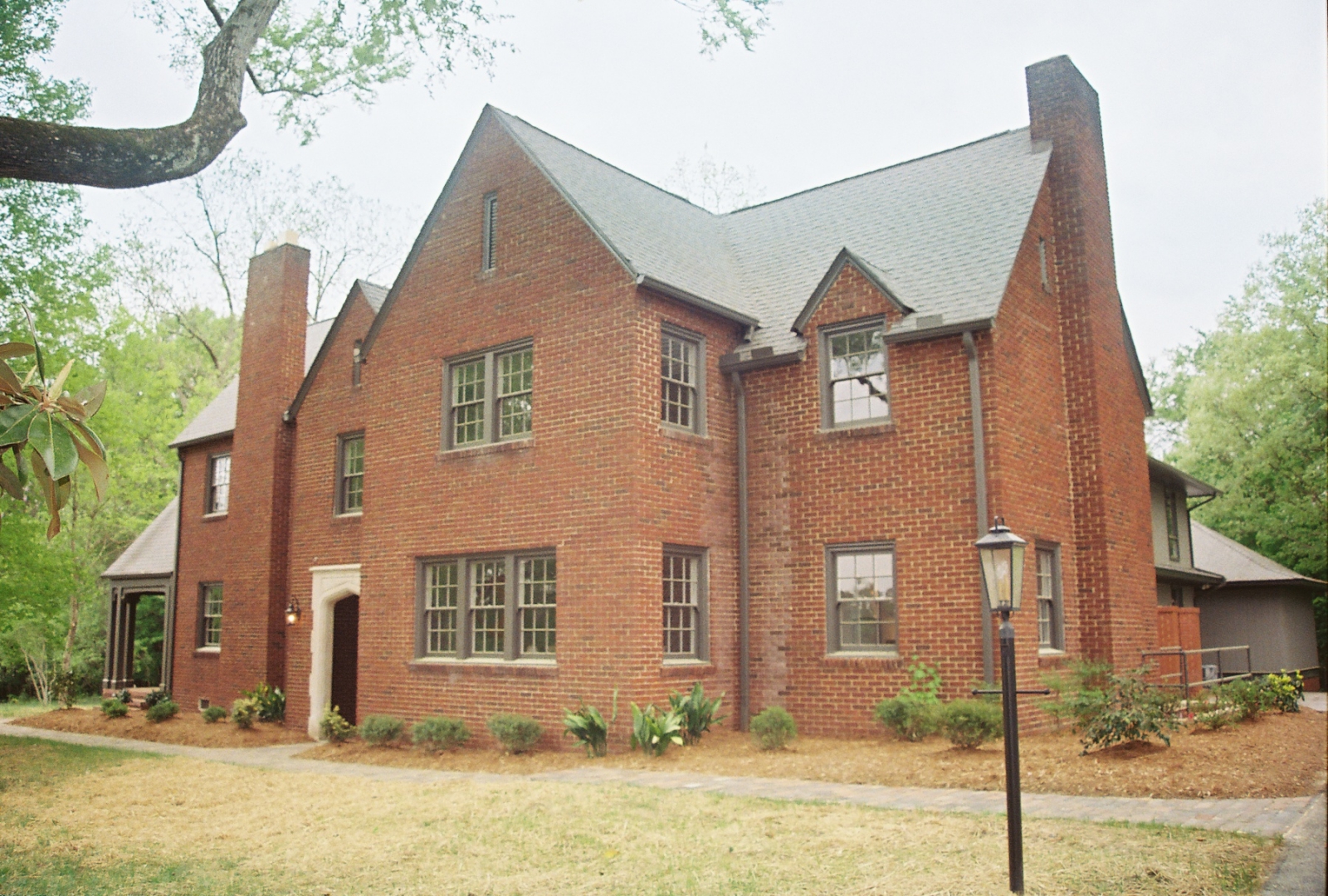 at facade, recessed front entry with stone surround at doorway, chimneys at facade and north side

elevation, and side-gabled porch at south side elevation with stucco and faux half-timbering in gable

architect Kenneth Scott designed the addition around 1967. Neighborhood oral history calls this the

Trinity Avenue between 1927 and 1928. L. Watts Norton was a district manager at Northwestern

according to research notes from Claudia Roberts Brown’s research from the early 1980s.

end. The owner recalls that the pump house once served a swimming pool that has been removed from

sculpture and raw materials. The building won an Honor Award from the South Atlantic Region of the

American Institute of Architects in 2003. 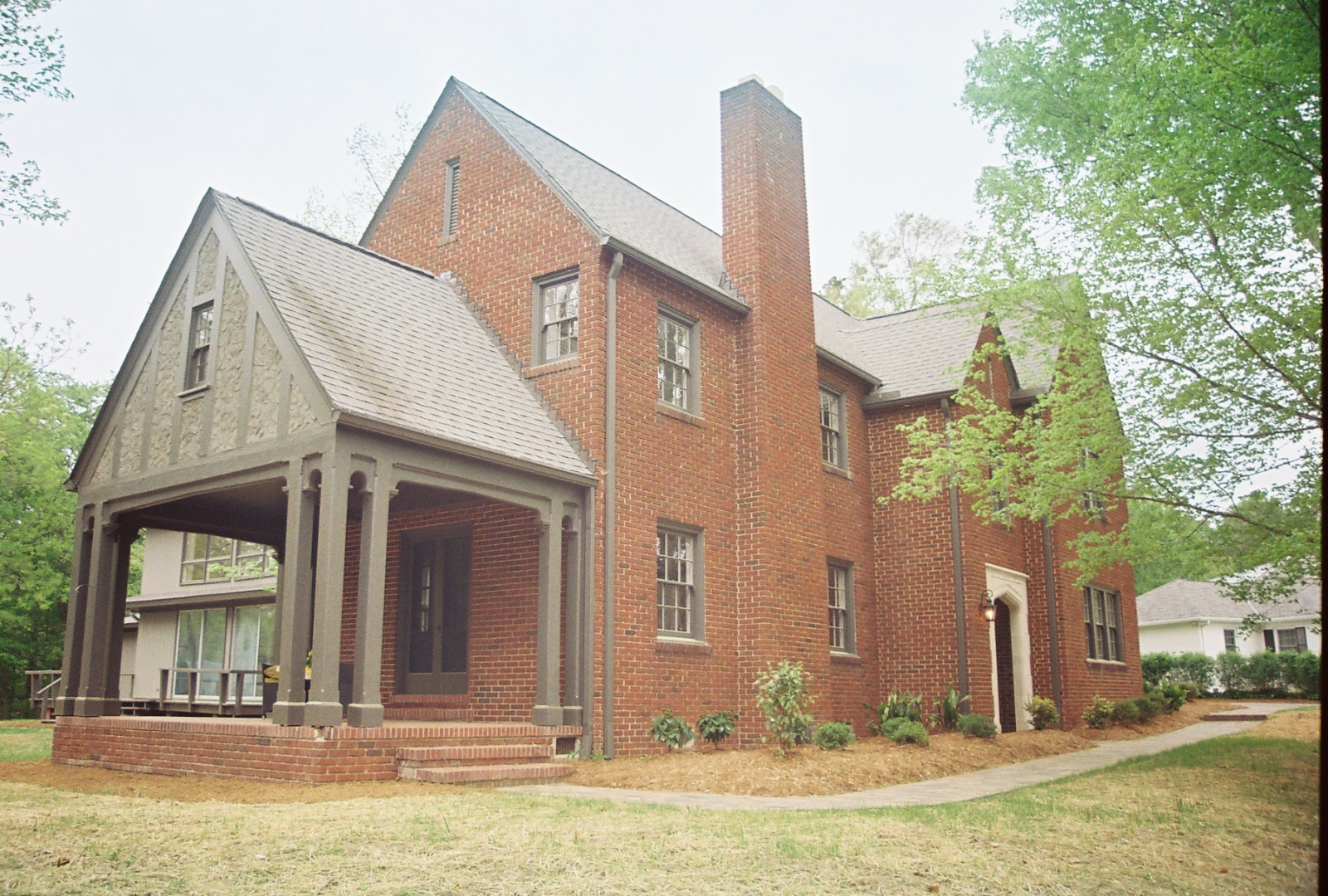 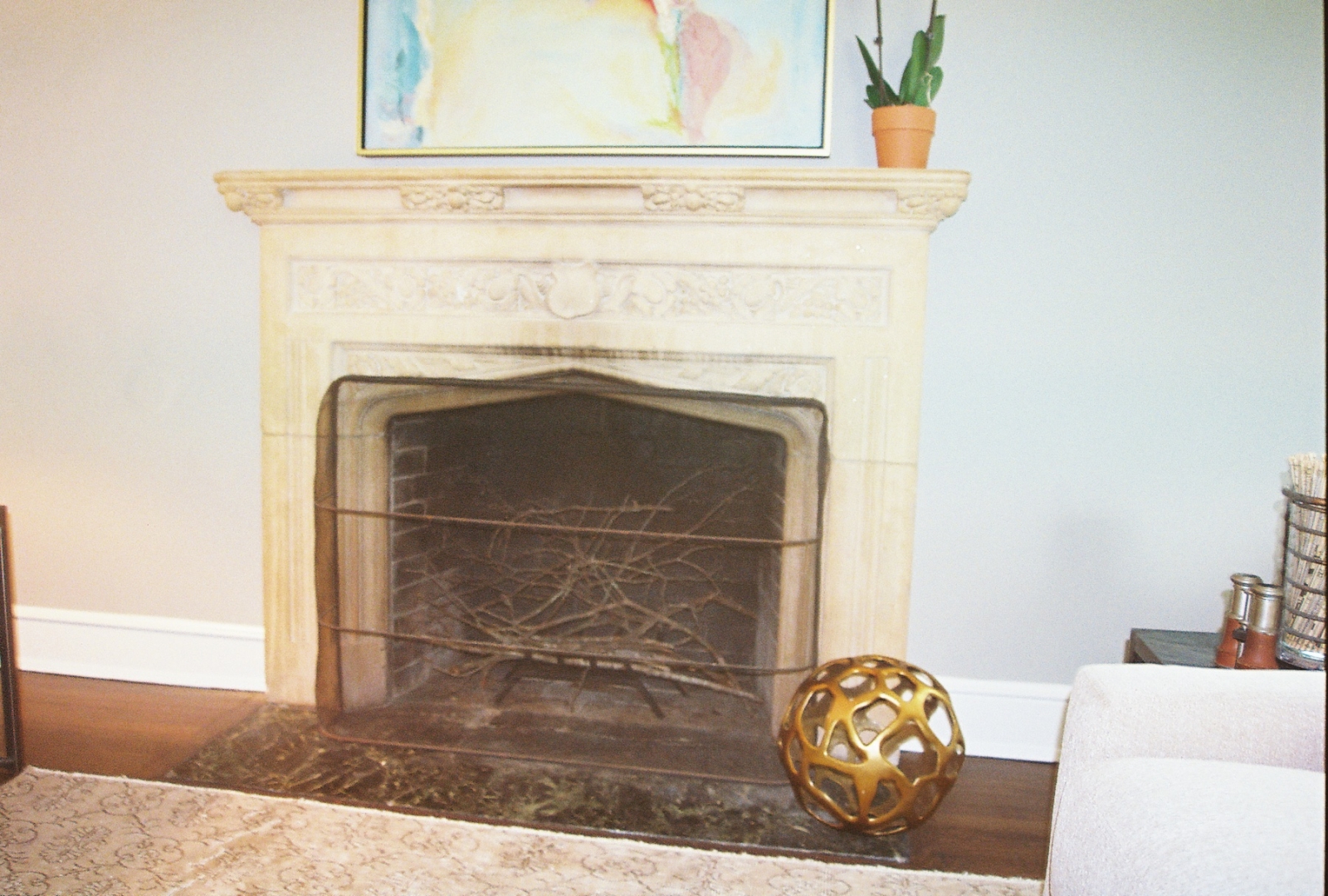