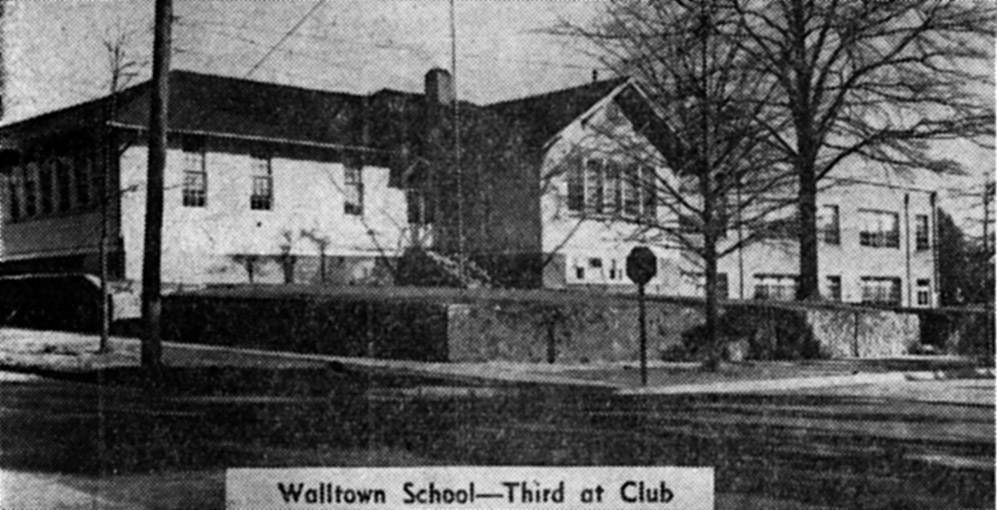 Per the historic inventory, the Walltown Graded School was built in 1919 per the design of Durham architectural firm Linthicum and Linthicum on the corner of North Road (West Club Blvd.) and 3rd Street (Onslow St.) One of Durham's Rosenwald funded schools, the building provided a school facility for the African-American children of the Walltown neighborhood.

However, the location of the "Colored" West Durham Graded School prior to that time (1910s) is a bit of a mystery to me. It was a county school, location unlisted, and it disappears when Walltown School comes into existence. A Cora Truman was principal of the graded school, and a Cora Russell the principal of the Walltown School. It could be a different person, but also could be a principal who married in the interim. This is distinct from the white West Durham Graded School Nos 1 and 2, as well as the West End (Fitzgerald) School, which was a city school.

The school was expanded with a brick veneered concrete block wing in 1945, as seen to the right above. In 1955, the original frame building was demolished and replaced with a brick/CMU structure.

The desegregation of Durham's schools started slowly in 1959, with a handful of children from Walltown assigned to Brogden rather than Walltown School. The 'reverse segregation' - white kids attending the formerly-African-American schools, did not occur until 1970, when Walltown was integrated.

It's unclear when exactly the school closed; the school property was transferred to the county government in 1994. In 1997, the county put the property out for upset bid as surplus property. Some attempt was made by the neighborhood and city to acquire the property for conversion to a senior housing facility. It was acquired by St. James Baptist Church for $374,240. With the assistance of Self-Help and Duke, they transformed the former school building into the St. James Family Life Center. 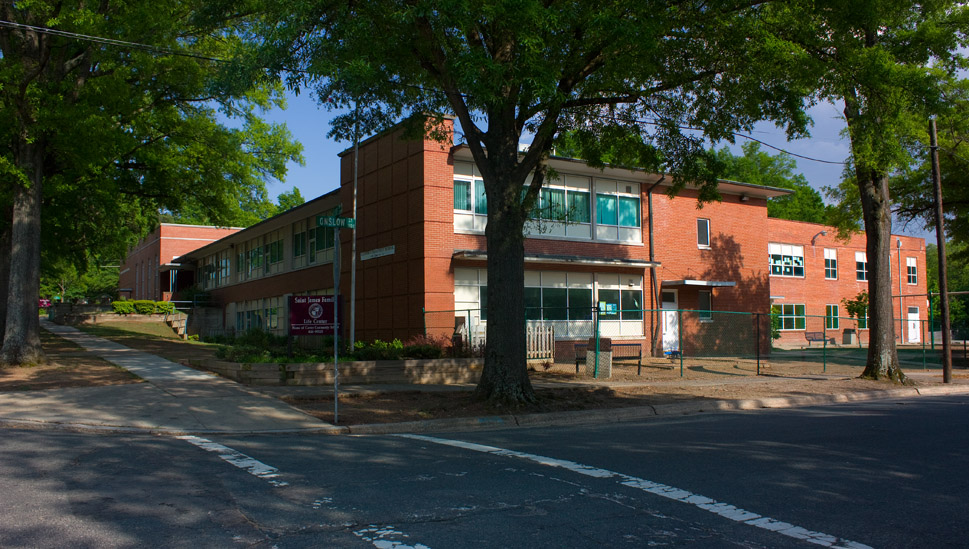 This building is also home to

This building is also home to the Carter Community School, a charter school for K-8.

Pretty sure my mom taught

Pretty sure my mom taught night school in the old Walltown School in the late 1970s—working mostly with teen mothers who'd dropped out of high school.

The St. James renovation was

When racial integration of

When racial integration of the Durham schools began my two youngest brothers started attending Walltown Elementary. Previously we all had attended E.K. Powe Elementary. Starting in the first part of 1978 I attended night classes there for obtaining my GED. By then it was no longer used as a regular school. I lucked out in that I actually received a high school diploma instead from Durham High School. It wasn't just given to me though. I worked all day in construction at the time, then would leave work straight for classes at Walltown for some 4 hours. Then would stay up late at night with homework assignments. I did this for a few months. It was tough, but worth it.

I moved to Durham with my

I moved to Durham with my family from St. Paul, MN in the early 1970s; I finished a semester at George Watts Elementary School and was then transferred to Walltown with the first (I'm pretty sure) integrated classes for 5th and 6th grade.