Two-story brick French house with a symmetrical, five-bay facade flanked by two projecting side wings; house and wings have hipped roofs and casement windows; centered front entrance bay projects slightly, is clad in stucco, and features pilasters and a barrel-arch roof; two sets of French doors flank the front entrance and open to a front patio with a balustrade and double staircase to grade.

This home sits on the site of two previous homes.  The first, the Russell Barringer House, (see separate listing) was razed to build a similar structure to what is on the parcel today, abet with a full second story, in 2001.  A tragic fire destroyed the first infill home and this similar structure replaced it in 2008.

One-and-a-half-story mansard roof garage with one-story wing at west side.  The garage survived the fire mentioned above. 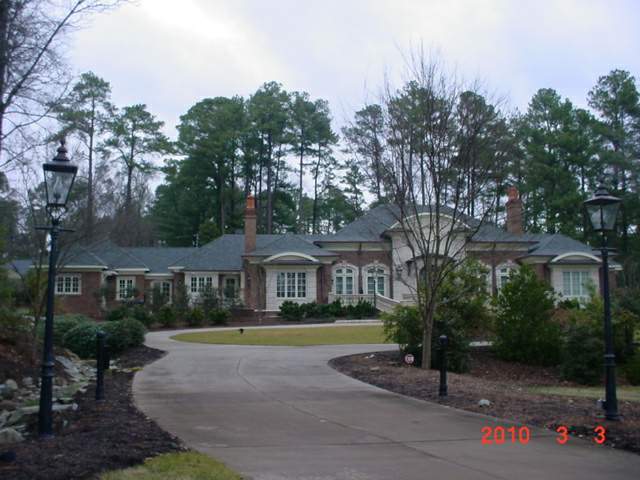