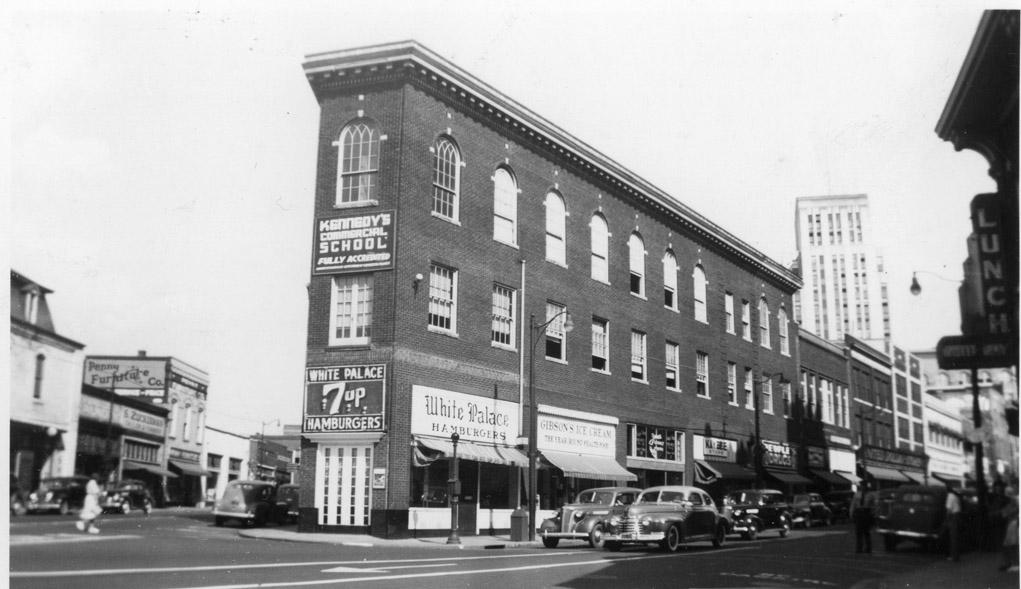 The Piedmont Building occupied the most prominent location in Durham for over 40 years - the eastern point of Five Points. But prior to that, this prominent spot had been the site of the first public library in Durham, which was housed in a small wood-frame building 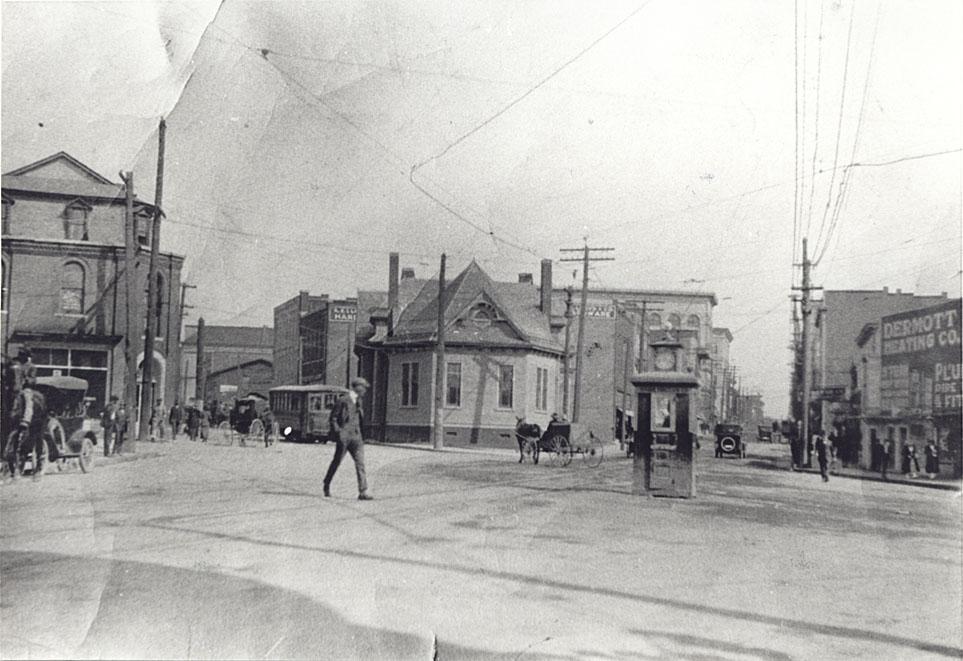 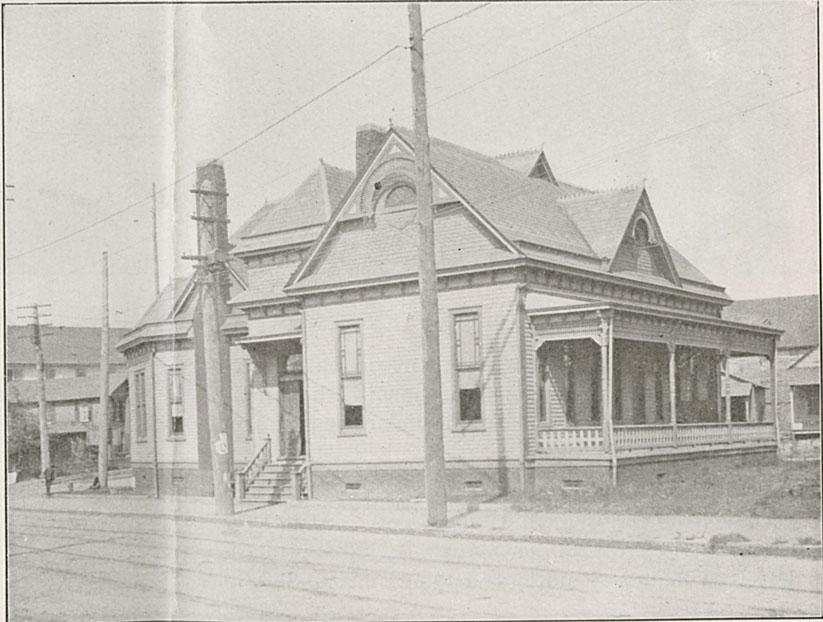 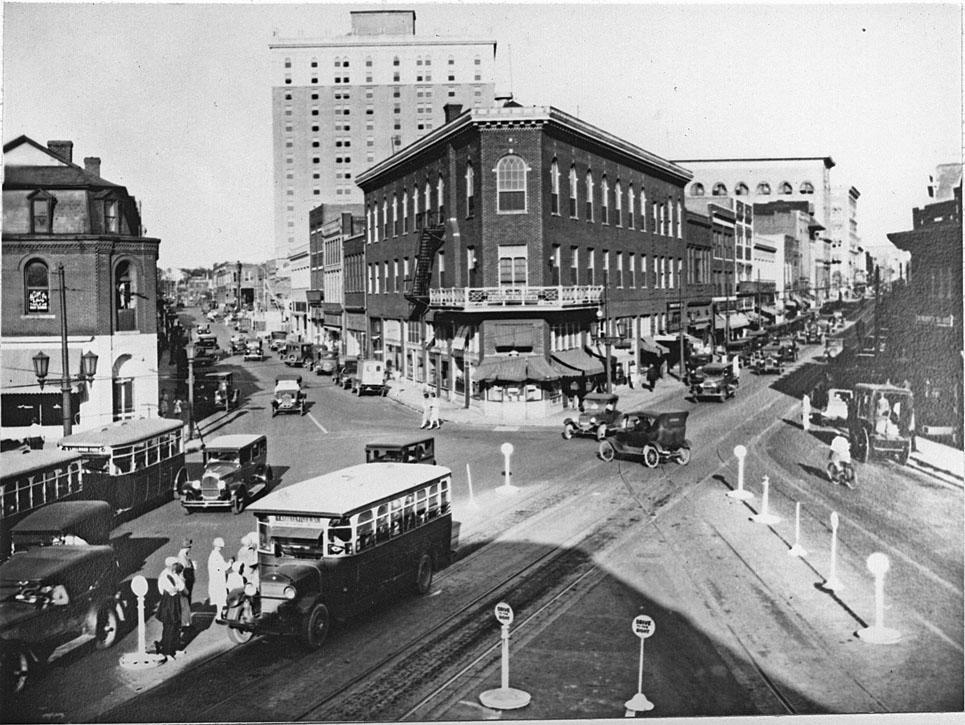 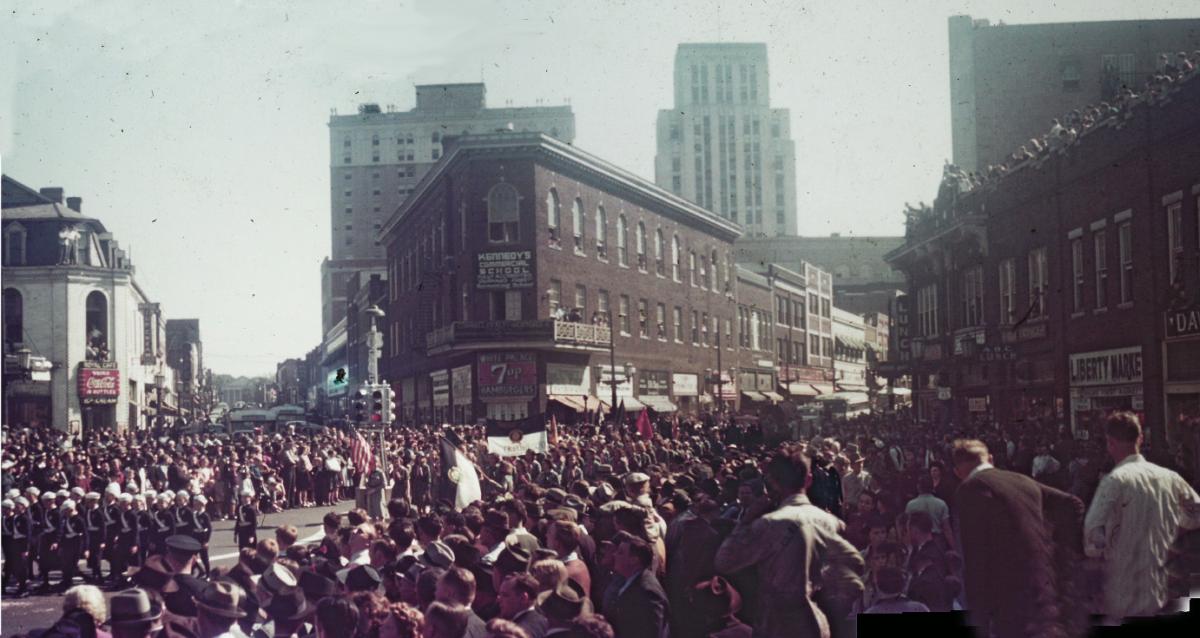 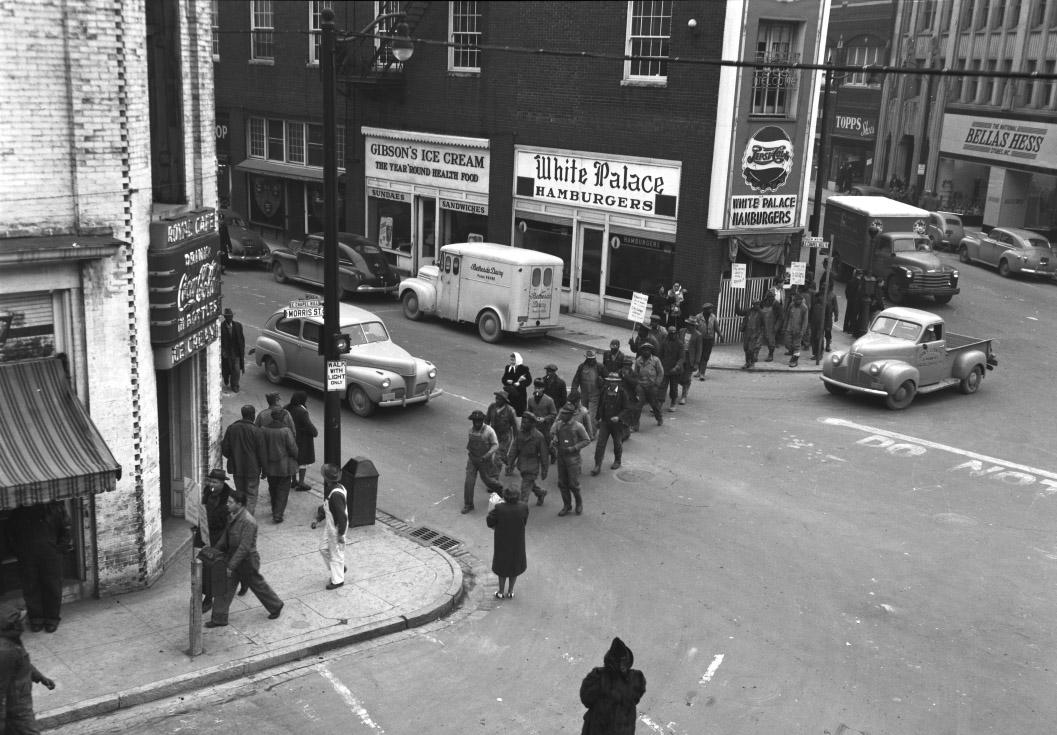 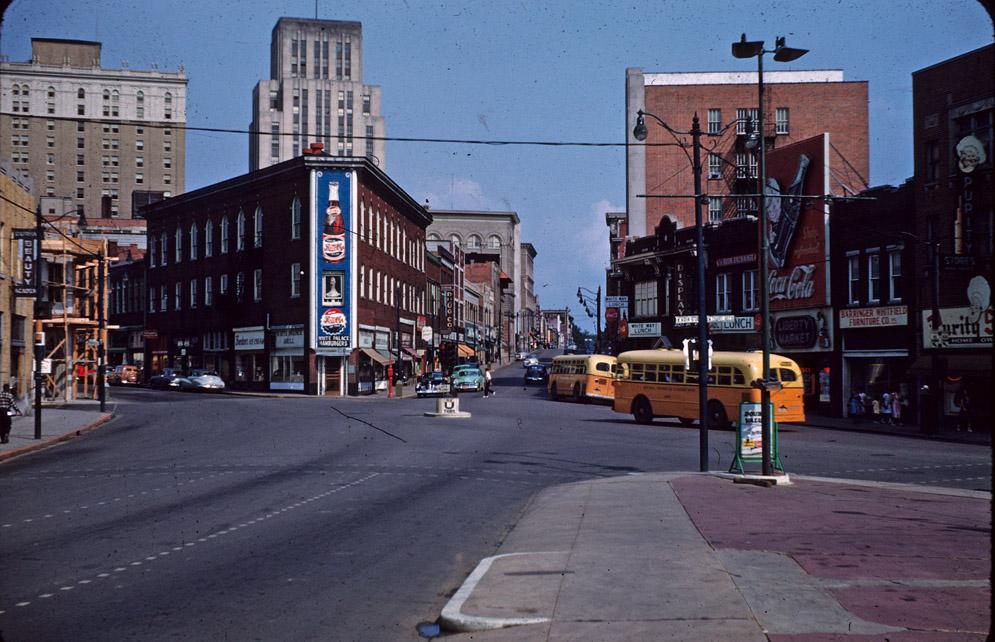 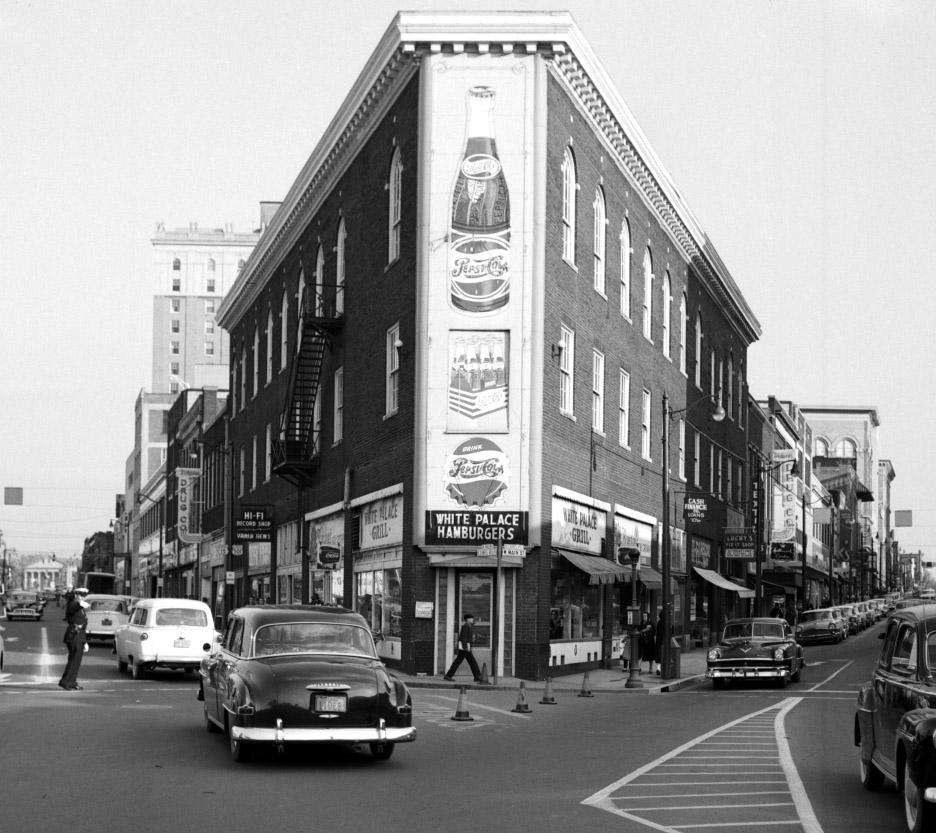 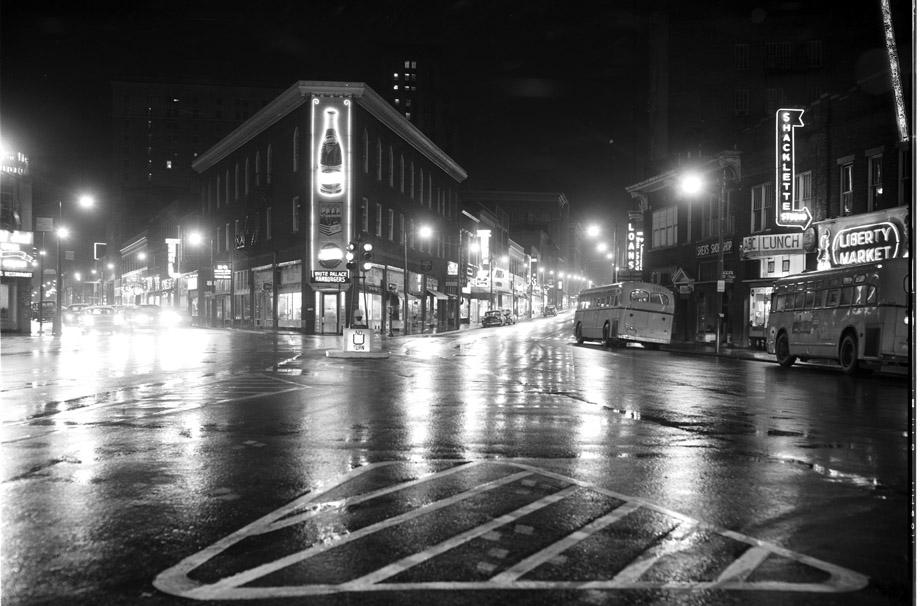 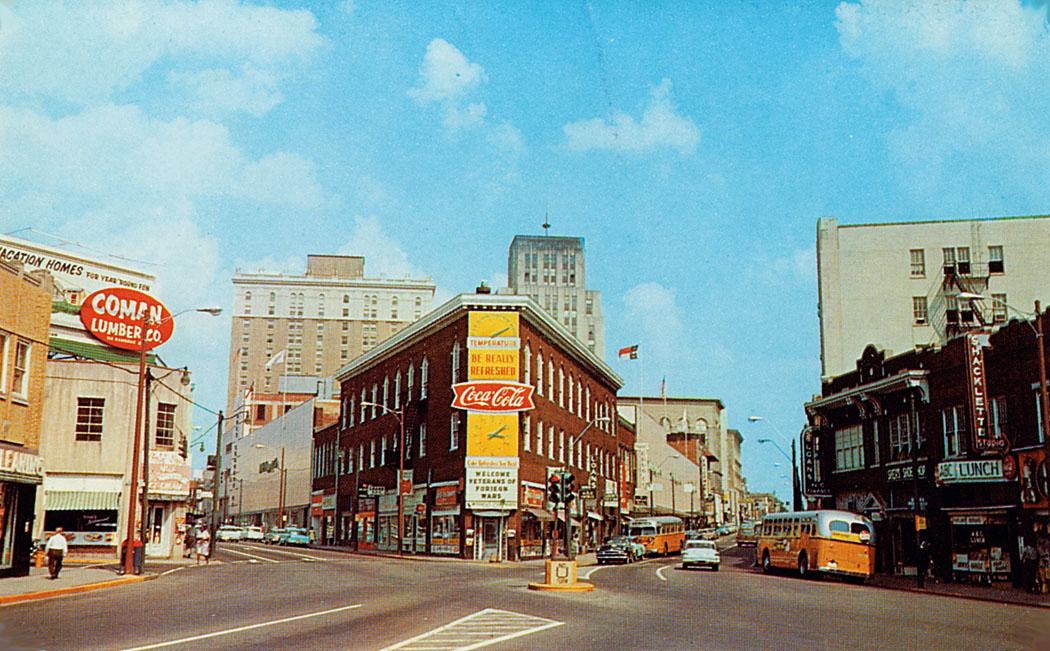 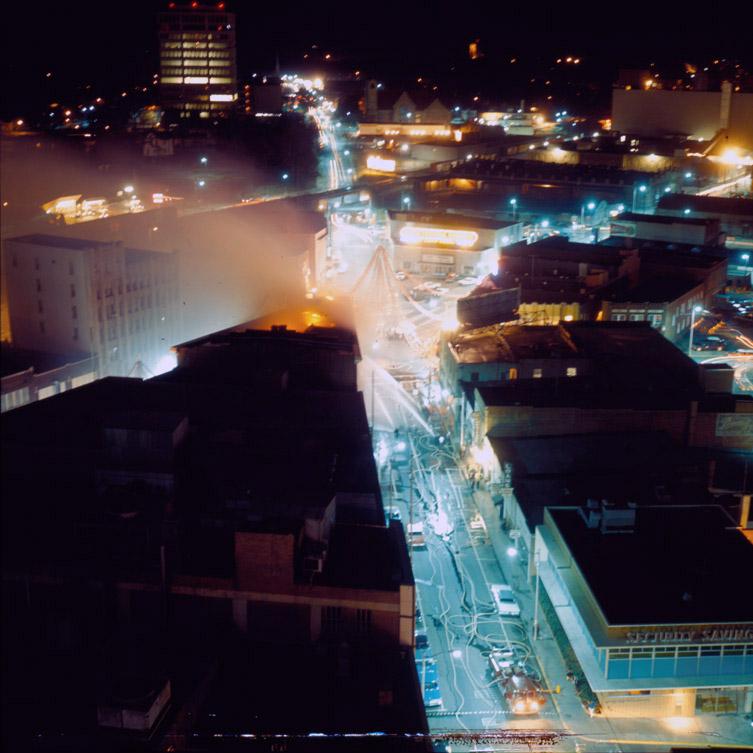 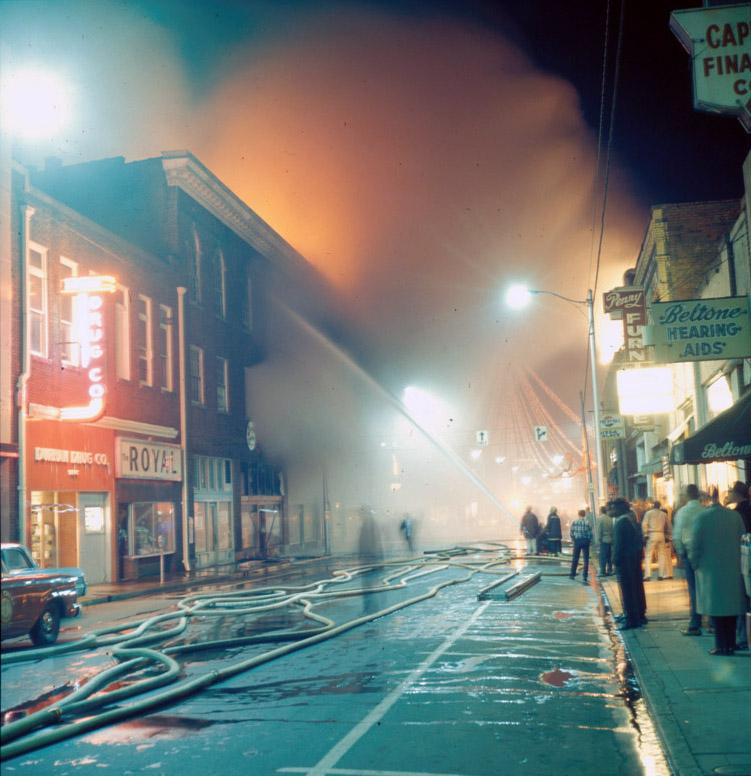 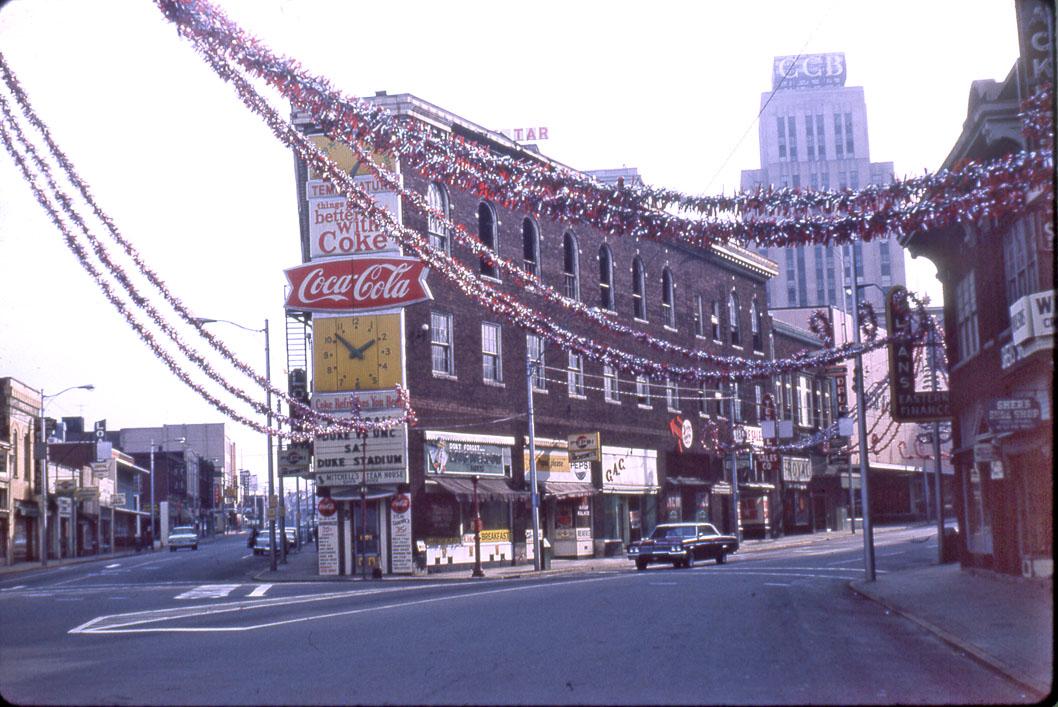 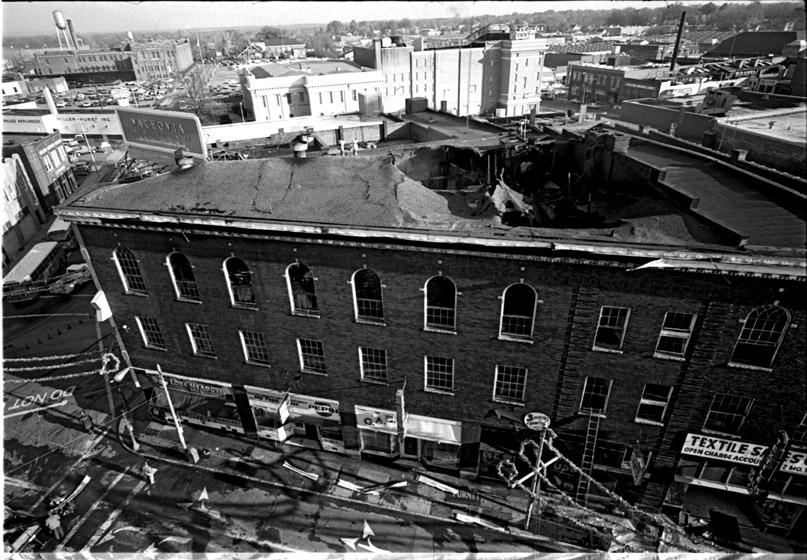 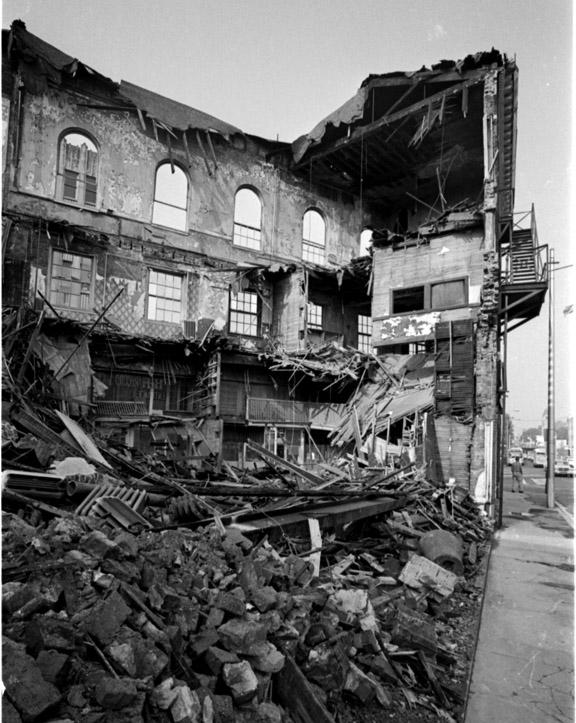 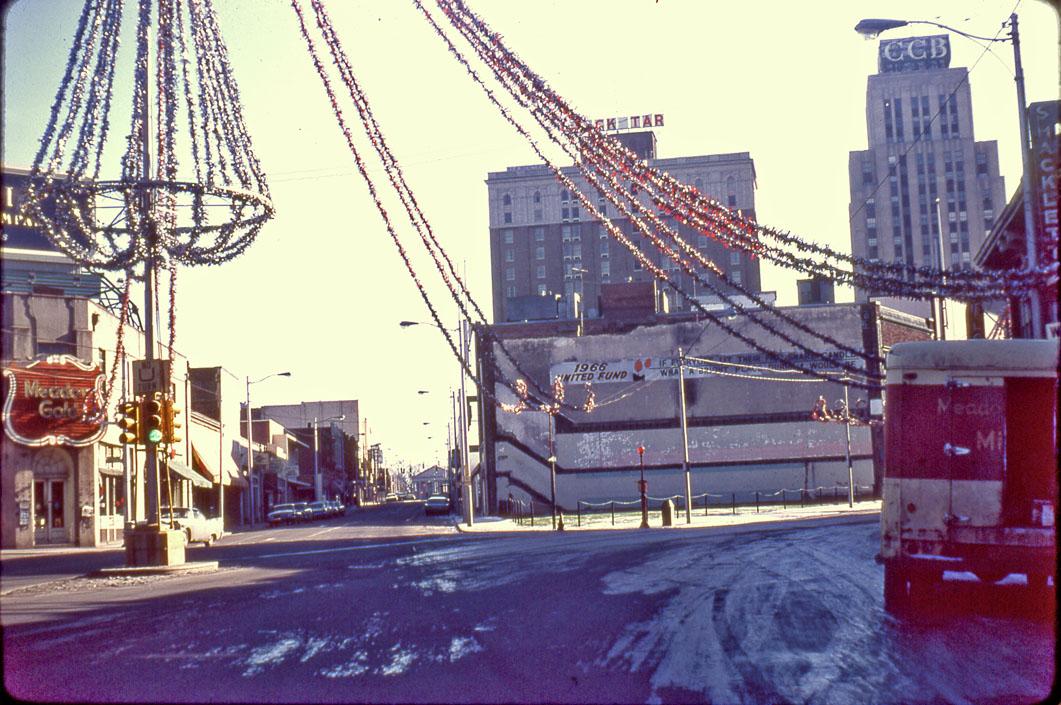 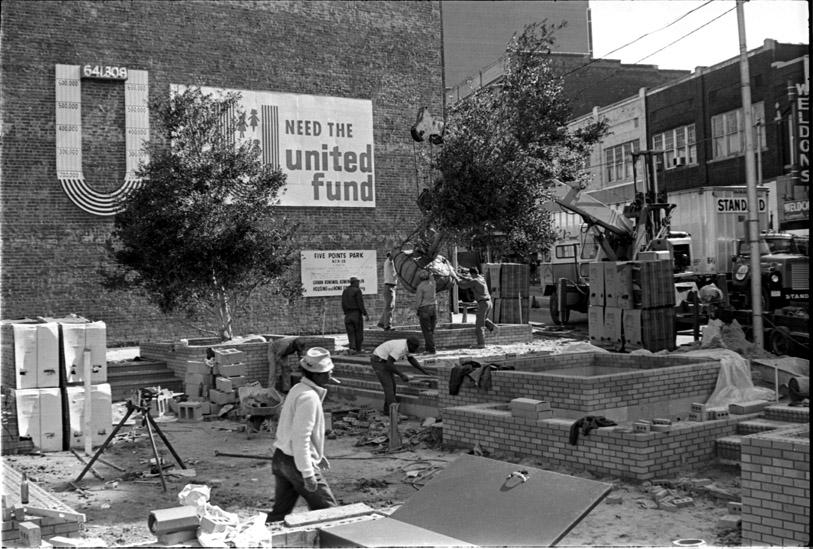 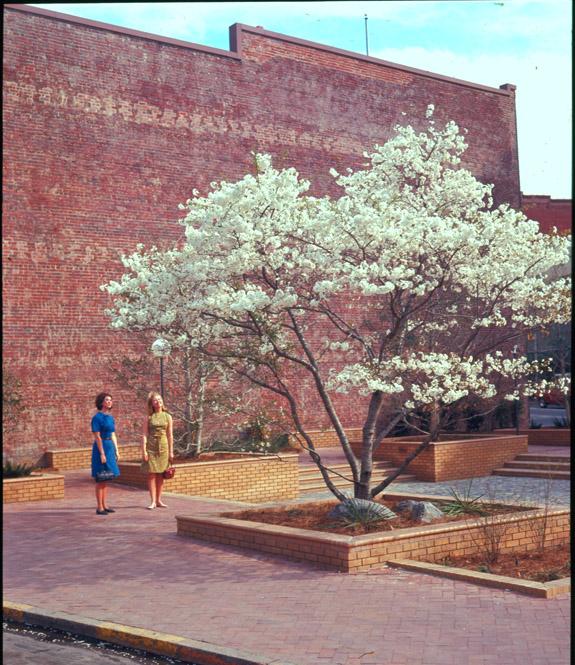 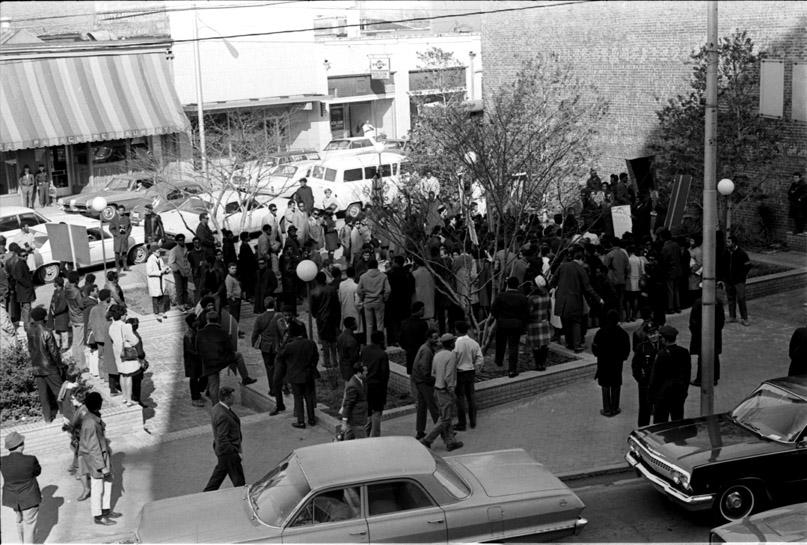 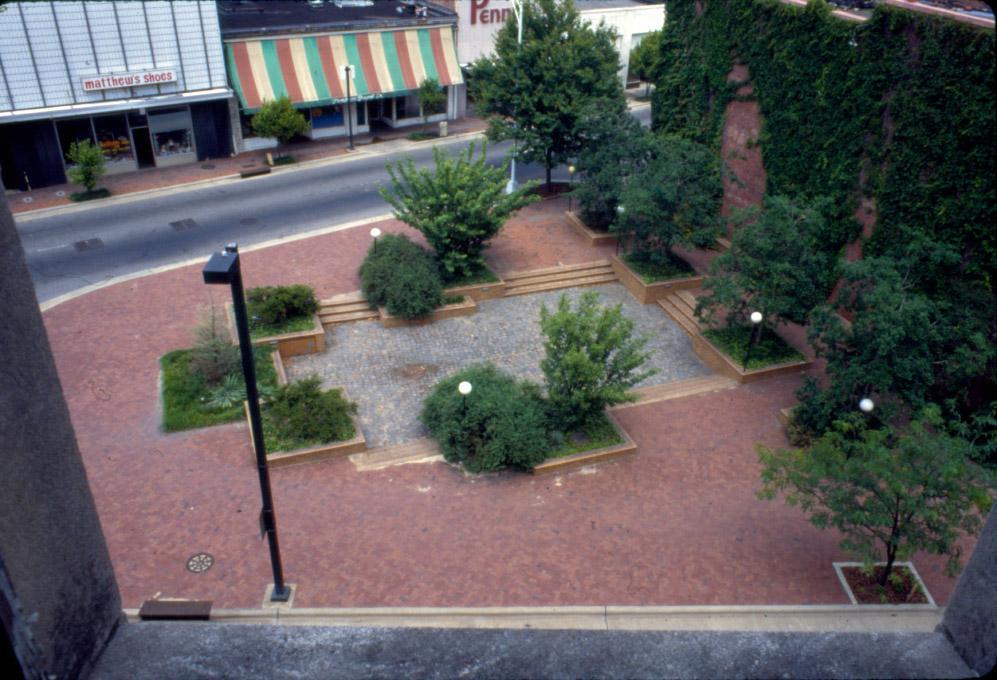 "I can't understand, we built such a lovely plaza in place of the building - why doesn't anyone use it?" 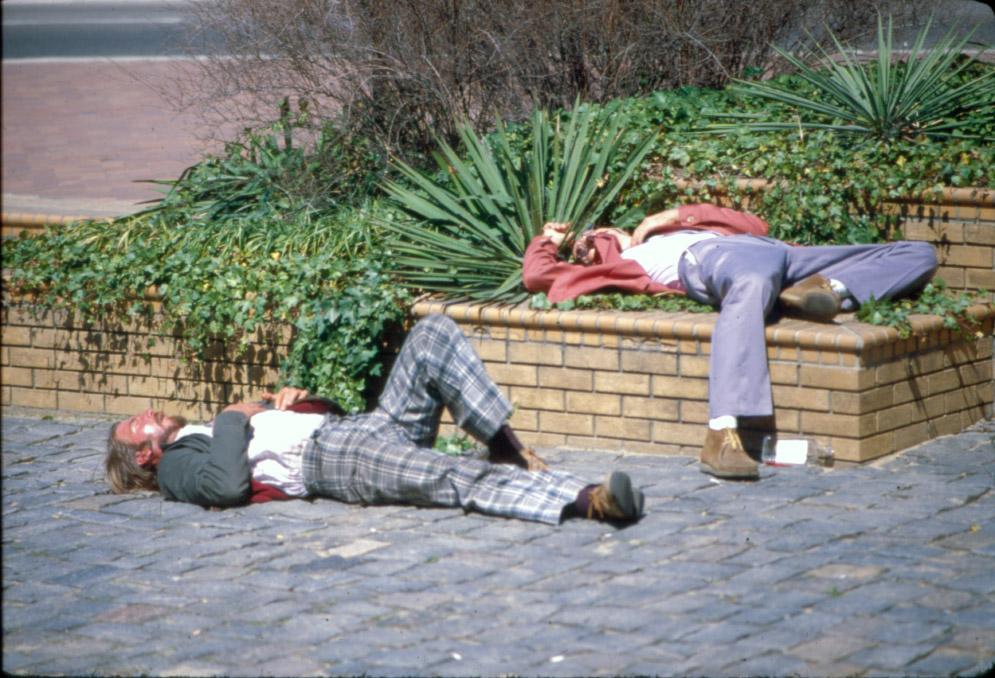 "That's better. Look how relaxed these young men are." 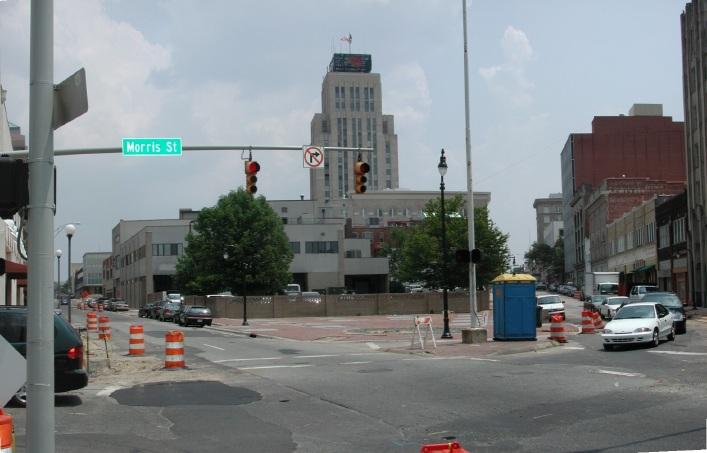 Multiple buildings behind (to the east) of this building have been demolished as well, which is why this very, very important space seems so empty. It is truly unfortunate that the city is rebuilding a 'plaza' at this point. The last thing downtown Durham needs is more open space. This space desperately needs buildings to give the necessary definition to make it feel like city instead of emptiness. That's what happens when you have economic development people doing urban design. This plaza will likely be as empty as the 1970s "Muirhead Plaza" version it replaced. 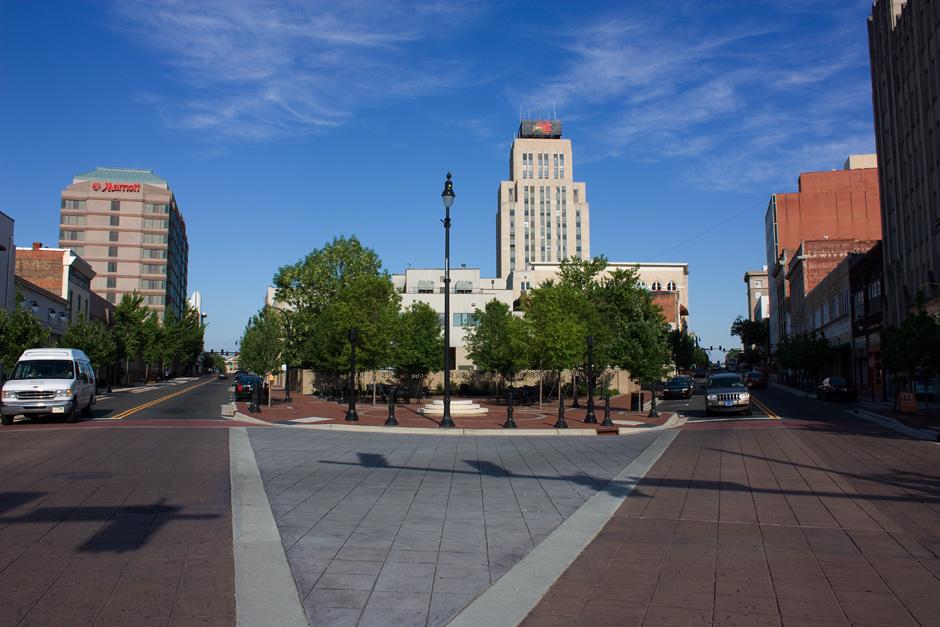 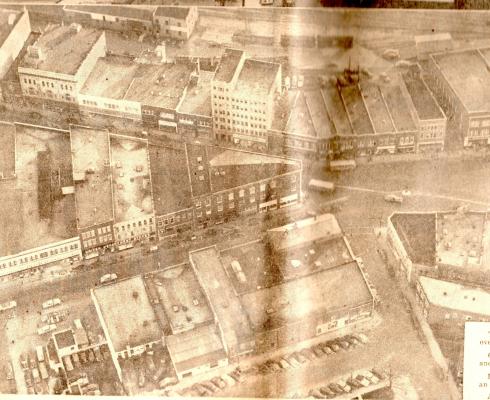 This thread makes me sad. I love the old aerial view, looking east, above the 1940s picture. It shows how dense the area used to be. Seeing a before and after shot is really quite eye opening. Also love the 1950s era pictures, including that great colorized shot!

During 1943-4 my parents moved to Durham to join my uncle who was attending Duke and playing football.  They opened a business at 334 W Main St , Betty's Spagetti House where soldier and Duke football players were frequent customers. One wrote a poem about his affection for the place & it's people.

When in my prime, Dear Soldier

I staggered in them all-

Though one place in particular

I always shall recall

I’ve ever had the pleasure:

And numerous were the friends

I shall always treasure.

There was Rose and Hibberd

And drinking Evans too-

Their one and only fault,

You may well take heed:

What Heaven failed to giveth

And though I loved them all

‘Twas Betty from the start-

Indeed! My friends and readers

I traveled best by far-

When I traveled in