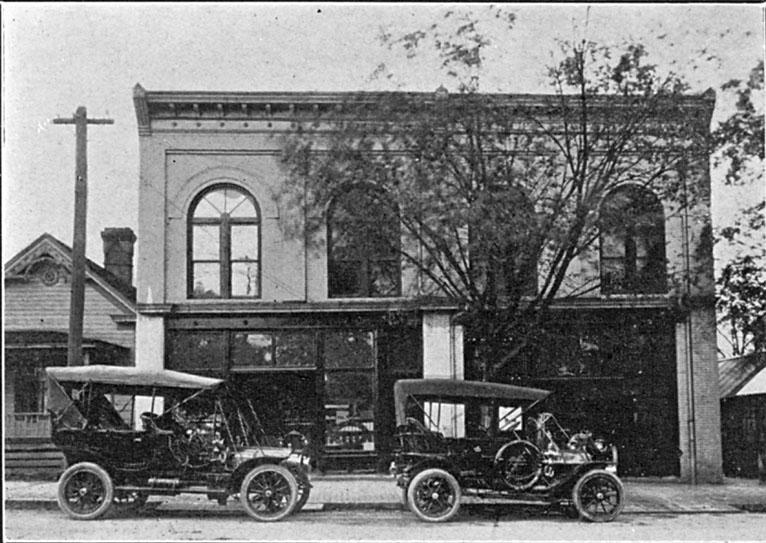 The Jordan Building, at 213 West Main St., is one of the oldest buildings remaining in downtown, built sometime between 1898 and 1902. In the above shot, taken around the turn of the century, one can see the small frame structures on either side that the new commercial structures such as the Jordan building replaced.

Soon, this filled in with other structures. 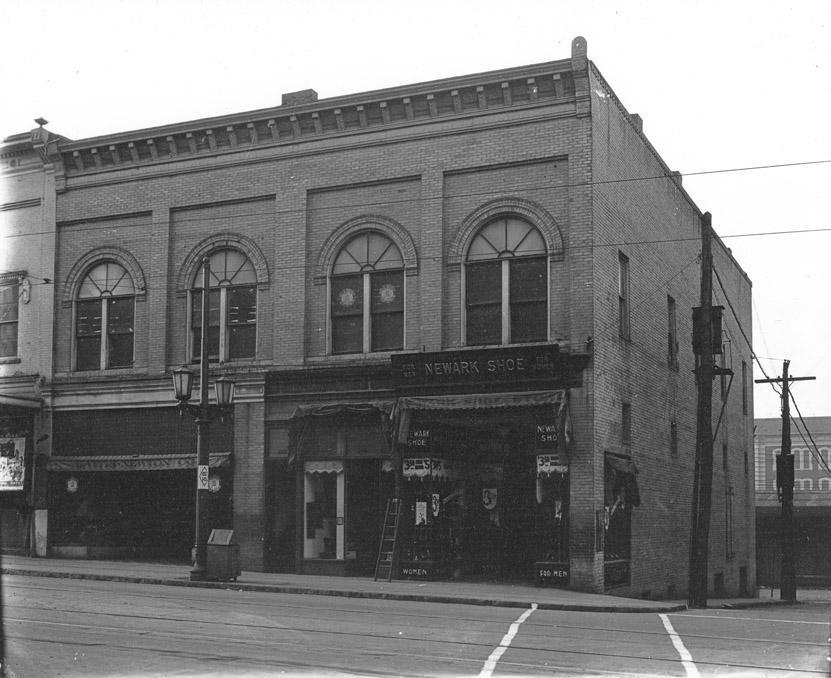 In the picture below, taken from the corner of Corcoran and West Main, looking southwest, it is the last building in the row moving left to right (mostly obscured by the streetcar.) 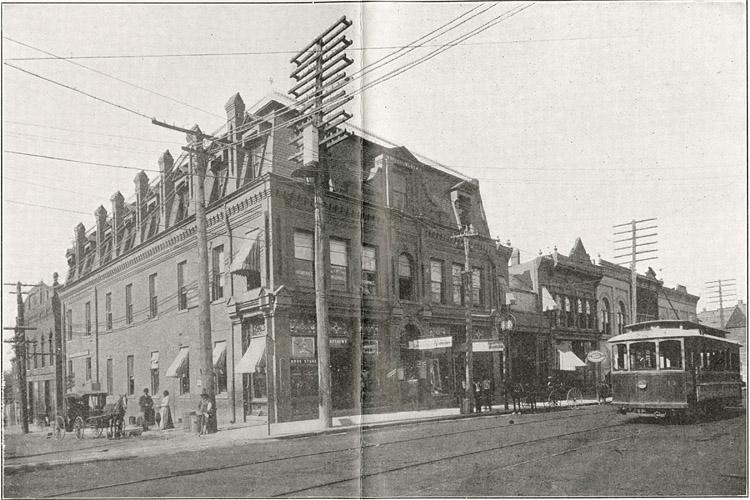 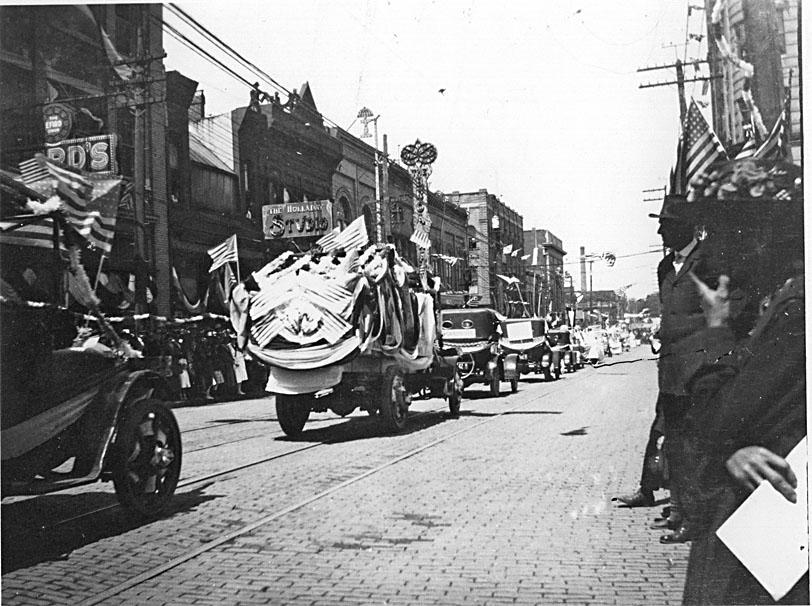 A closer view of the block - more of the windows are visible on the Jordan Building in this shot. (incidentally, the building directly to the west of the Wright building - 2nd from left in this shot - may be one of the oddest buildings I've seen.)
Looking southwest, 1910s.
(Courtesy Duke Archives)

The Jordan building was the home of the Lipscomb-Gattis (later Gattis-Newton) clothing company, although it housed a variety of other tenants. 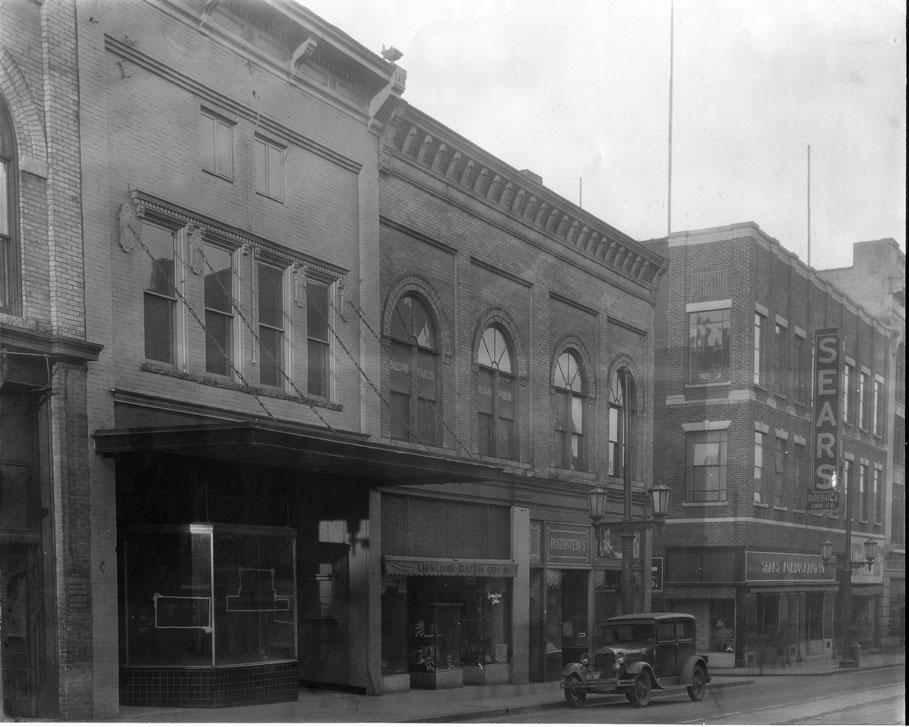 By the late 1950s, the building housed two jewelry stores and the Durham Optical Co. 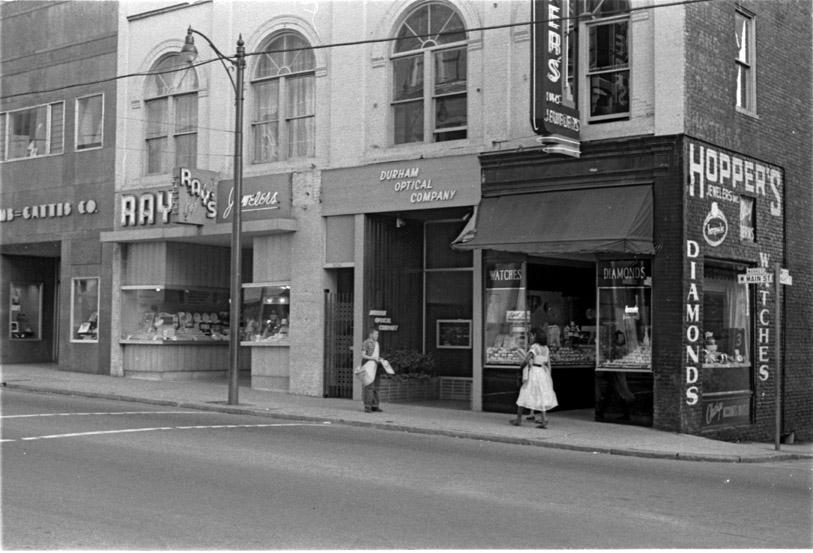 By the 1960s, the building was home to a pharmacy and the Martin Jewelry Company, in addition to the Durham Optical Co. 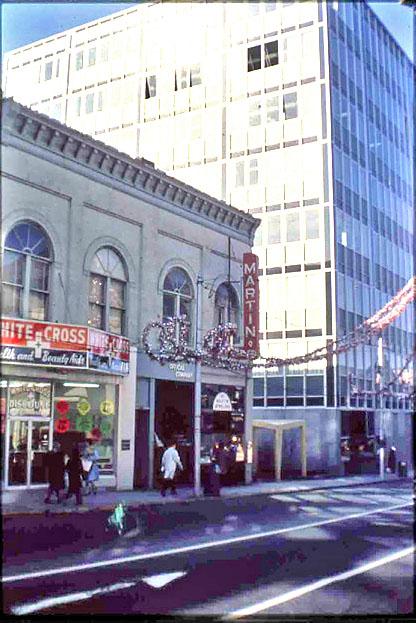 In the 1970s, Martin Jewelry became the Jewel Box 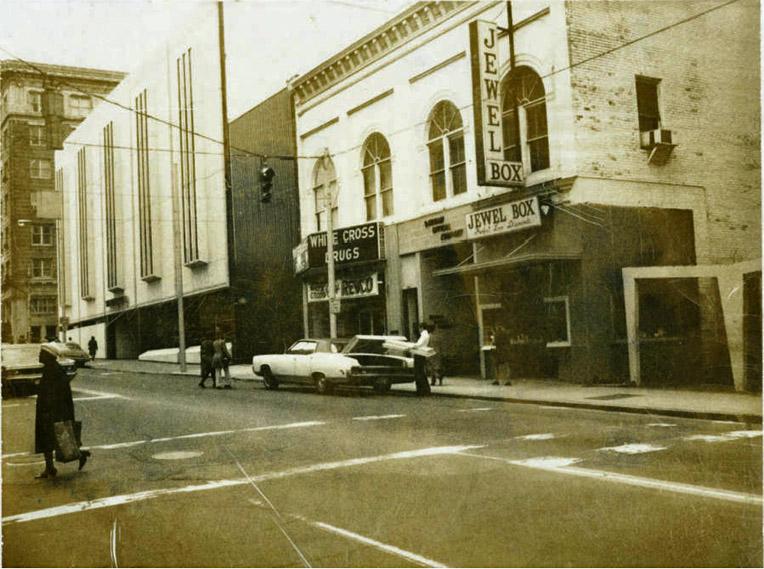 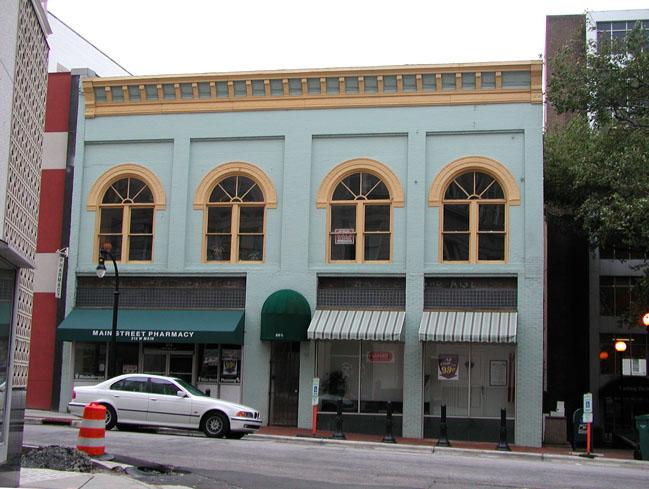 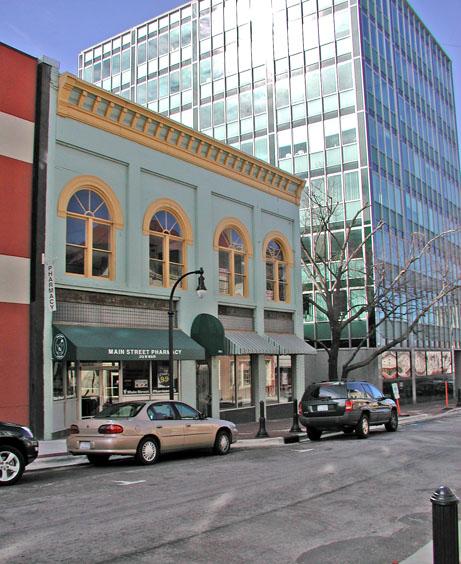 Update: as of 2011, the building's first floor entries had been renovated to house Main Street Pharmacy on the east side and Dolly's Vintage on the west side. Although I'm not a fan of the clear-coated wood-cased entries - seems like they should be selling kayaks - I'm glad to see energy and effort towards creating more vibrant retail storefronts on Main Street.

Many thanks Jeff - I'll make the edit. If you run across any more pictures of your grandfather's store, I'd love to post them!

Rosenstein's N & Son Optomotrists at 215 West Main Street is not listed in the Hill Durham City Directory until 1929. And Sears Roebuck & Company Department Store at 301-303 West Main Street until 1934. In 1933 only, the Sears building was occupied by Rose's 5 Cent To 25 Cent Store. The first Rose's location in Durham, maybe?

The was a social club and billiards hall owned by my family from 1921 until 1932. It started out as the White Elephant Club social club in 1921 at 107 1/2 North Church Street, moving here in 1922. Beginning in 1928 it is listed as White Elephant Club billiards. My great Uncle McCoy "Coy" Webster and his friend Clement "Clem" R Warren were co-owners the entire period. My great Uncle George Alfred "Alf" Webster was also a co-owner for a number of years. And my grandfather William "Wille" Frank Webster was the manager there from 1921-1922. My grandfather was associated with many billiard halls in downtown Durham throughout the years (White Elephant Club, Science Seekers Club billiards at 107 1/2 North Church Street, White Owl Cigar Store billiards at 206 North Mangum Street, Durham Sport Shop at 209 East Main Street, Paddock Billiard Parlor/Sport Shop at 311 North Mangum Street, and Duke Sport Shop at 125 Orange Street.)