of Durham’s Fidelity Bank. The 1939 city directory is the first to show John F. Wily Jr.

living in Hope Valley; in 1938, the directory shows him living at the Beverly Apartments on Watts

back from the facade.

As one of the original 30 homes built in Hope Valley, the John and Hazel Wily House has been an icon in the neighborhood since its establishment.

John Fleming Wily Jr., a vice-president of Durham’s Fidelity Bank, and his wife Hazel purchased the property that is now 3426 Dover Road in 1936.  After construction was completed on their new home two years later, the Wilys moved to Hope Valley from the Beverly Apartments in Trinity Park. They remained here for over 40 years.  It was here that they raised three children, John III, Margaret, and Livingston.  Mr. Wily, known throughout the neighborhood by his middle name, Fleming, and Mrs. Wily became intimately involved in the social culture of Hope Valley and entertained frequently at their home.  The Wily House was also a favorite gathering place of the neighborhood children, who would stop by after school to play baseball or tag in the large backyard.

The grand two-story Norman Revival home is now accessed by a semi-circular driveway, marked at either entrance by stone columns on Dover Road.  It is a hip-roofed structure with flared eaves and brick exterior.  It also features a side-exterior end chimney, a projecting center bay and brick dentil cornice molding.  Two one-and-a-half-story wings flank the structure – one side-gabled with hipped dormers, and the other hip-roofed with hipped dormers on the dwelling’s north end.

A split brick stairway provides a grand pathway to the home’s main entrance.  The front door, which is located directly below a detailed wrought-iron balcony, opens to a spacious elevated foyer with a grand staircase.  By standing in the foyer area, one can see roughly where the original Wily house ends and where newer renovations by the home’s previous owners begin.  The living room and dining room on either side of the foyer are part of the original structure, while the family room directly ahead was added during renovations, designed by Hutch Johnson, in the mid-‘90s.  A sun porch located off of the living room was eventually enclosed by the Wilys, and now serves as a workspace.

The dining room and sunken living room that were part of the initial structure continue to boast original features.  An original detailed chair rail lines the dining room, while the living room still features its original brick fireplace, which is too shallow to accommodate modern gas logs.

A hallway off of the foyer area leads to the home’s kitchen.  In this hallway, there is a niche which once housed the downstairs telephone.  A half bath with a unique vestibule entryway can be accessed from this hallway, as well.

The kitchen has been modernized a great deal; however a very unique and original feature remains.  Though it no longer functions, a bell system installed to call servants from various rooms of the house can still be seen on the kitchen wall.  One year ago, the current owners added a great room to create more space in the kitchen.  During this process, the architect had to have the molding custom milled to match, because the original design was no longer available.

The original garage has been enclosed to create an exercise room off of the kitchen, while a back staircase off the kitchen leads to a newly-finished basement and the second floor of the home.

The original master suite is located to the left of the main staircase, where a room with abundant cabinet space serves as an entryway to the bedroom.  The original master bathroom can be accessed from this area, as well.  Several aspects of the bathroom are original, including the tile on floor and on the walls.  During their renovations, the current owners simply glazed the tile on the walls white.  They also kept the original sink, but added a new base and modern fixtures.  They decided to keep the light fixtures flanking the mirror, as well, because they looked so similar to those found in Restoration Hardware today.  The old master suite now serves as a guest room.

When the Wilys lived in the home, John III and Livingston shared the large bedroom with connecting bathroom on the second floor.  The bathroom has since been gutted completely; however, the sink is still the original.  The servants’ quarters began where the upstairs sitting room is now located.  The servants would stay with the family during the week, and then travel home on the weekends.  They were able to come and go using the home’s back stair case.

Several aspects of the house are a testament to its age, such as the former servants’ quarters, the doors with inlaid mirrors and the original antique doorknobs; however, the current owners have mixed this historic character with a bit of their own Art Deco style, creating a unique blend of the modern and the traditional.

The grandeur of the house is mirrored outside in its landscaping, as well.  The backyard, which was once a large open field, has been transformed into a one-and-a-half acre garden complete with apricot trees and an irrigated vegetable garden.  The addition of a back bluestone patio with a beautiful vine canopy and grassy yard area also make for a beautiful setting.  The original pyramidal-roof garage with brick exterior and an eyebrow dormer window completes this National Register contributing property. 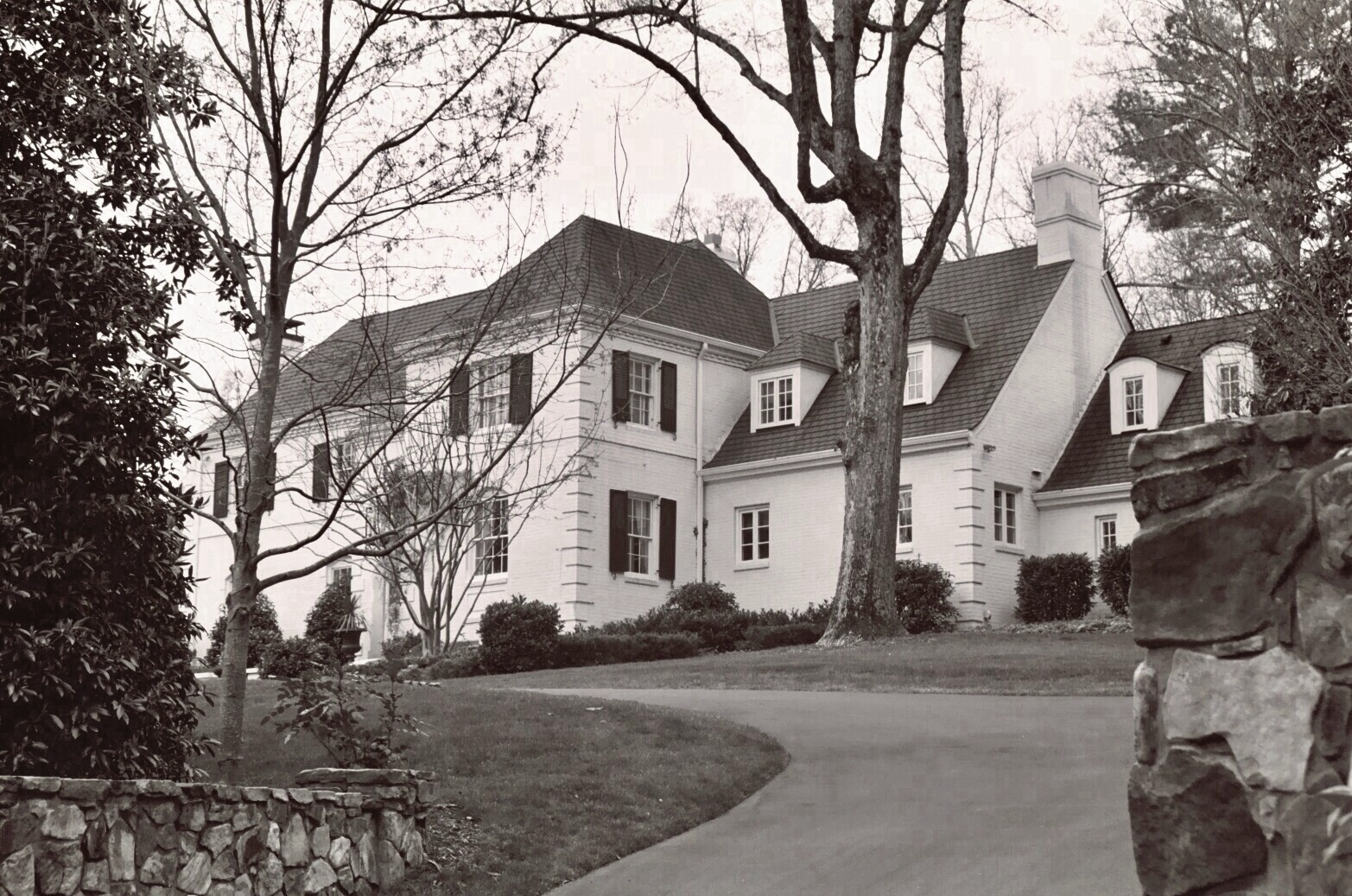