From the 2009 National Register Nomination

Hope Valley Country Club features an eighteen-hole golf course with a double-circle, counterclockwise circulation pattern centered around the clubhouse. Note that Ross’s original front and back nine holes have been switched, so that the current first hole is Ross’s tenth hole, and so on. The direction of play, however, is unchanged. All hole numbers used in this nomination are the current numbers.

The naturally rolling topography of the land is enhanced and often exaggerated in the course. A branching natural gully—deepened by Ross and rustically lined in parts with stone—runs through and under the course. The gully is generally dry but does drain stormwater off the course. Branches begin in the north end of the district in three places: at the sixth hole’s tees; in the platted area bounded by the seventh, eighth, and ninth fairways; and between the third and fourth holes. From the sixth hole, a branch runs southeast along the left side of the fifth fairway’s north end and into the platted area south of that fairway. South of Surrey Road and west of the intersection with Cornwall Road, this branch meets the two branches that run east from the platted residential area bounded by the seventh, eighth, and ninth holes; from this point, this main gully continues southeast to cross the first fairway and head into the wooded area south of the first fairway and east of the north end of the doglegged seventeenth fairway. The branch that enters the district between the third and fourth holes runs southwest along the left side of the third fairway until it meets the main gully in the wooded area east of the seventeenth fairway.

From this point, the gully continues south, crossing the south end of the seventeenth fairway and edging the left side of the eleventh fairway and crossing the twelfth. Additionally, a small gully emerges from underground at the fourteenth green and flows southeast out of the district. Elsewhere, Ross filled natural ditches and wet lowlands.

The district’s mature tree canopy helps to limit a golfer’s view to the fairway being played. Platted areas help isolate the fifth through ninth holes and the twelfth through fifteenth holes. Wooded areas separate fairways where platted areas do not, particularly in the center of the course, which is occupied by the first, tenth, seventeenth, and eighteenth fairways as well as a practice and greens maintenance area. Throughout the course, grass is short and fairways, tees, and greens are defined by differences in grading and in the length of the grass. Most holes have one or more bunkers in the fairway or at the green, but tall grasses, lakes, and other hazards are not found on this course.

The winding streets of Hope Valley provide structure to the course, bordering some fairways and intersecting the course between some holes. Houses in the district generally face subdivision streets rather than fronting directly on the course; a few houses built during the period of significance have finely appointed rear golf course elevations that are visible from the course; the Snow House at 3301 Devon Road and the Erwin-Cameron House at 2822 Chelsea Circle are prominent examples. Houses along the east portion of Devon Road, the west end of Surrey Road, and the curving south section of Dover Road face the course but do so from across the road. The house at 3801 Hope Valley Road, north of the tee at the thirteenth hole, is the only house to front directly on the course. Other built features of the course include three stone-faced concrete pedestrian bridges over the gully at the first, fourteenth, and seventeenth holes and six concrete-slab bridges carrying the cart path over the gully at the first, second, fourth, sixth, twelfth, and seventeenth holes. A few small wood cabinets on brick bases hold water coolers throughout the course. The cart path was likely added in the 1970s, when golf carts became popular.

Perry Maxwell’s changes during the period of significance related to play on the course and did not change the relationship of the neighborhood plats with the golf course. Details of Maxwell’s alterations are not available, but Maxwell was known for shaping rigorously rolling fairways, known as “Maxwell rolls.” The fifth fairway at the Hope Valley Golf Course seems characteristic of his work. Alterations to the course since the close of the period of significance have involved adding or subtracting bunkers, adding and leveling tees, adjusting other elevations, changing grass types, and improving drainage and irrigation. Ross’s original organization of the course and the layout and major components of each hole are intact; the extent of Maxwell’s changes are not known but the rolls in the fifth fairway that seem to show his hand remain.

Work in 1982-1983 by Dan Maples and in 2002 by Brian Silva rehabilitated the course using Ross’s original drawings and notes as a guide. The 1998 work by John LaFoy improved the irrigation system, leveled all tees, added additional tees, and introduced a new hybrid Bermuda grass. None of the alterations to the course have reorganized the arrangement of holes, eliminated or added tree lines or other significant vegetation patterns, or substantially changed the topography. 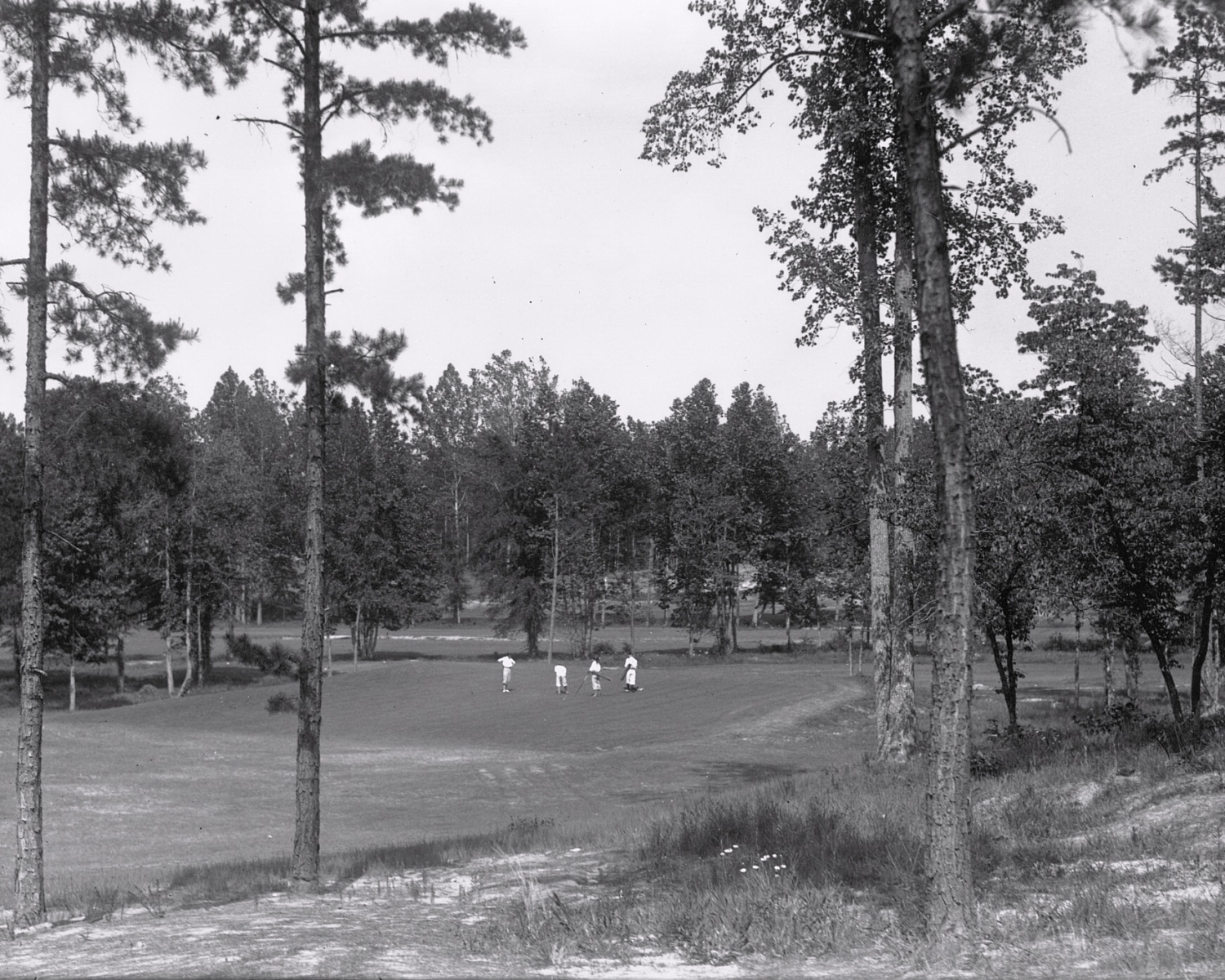 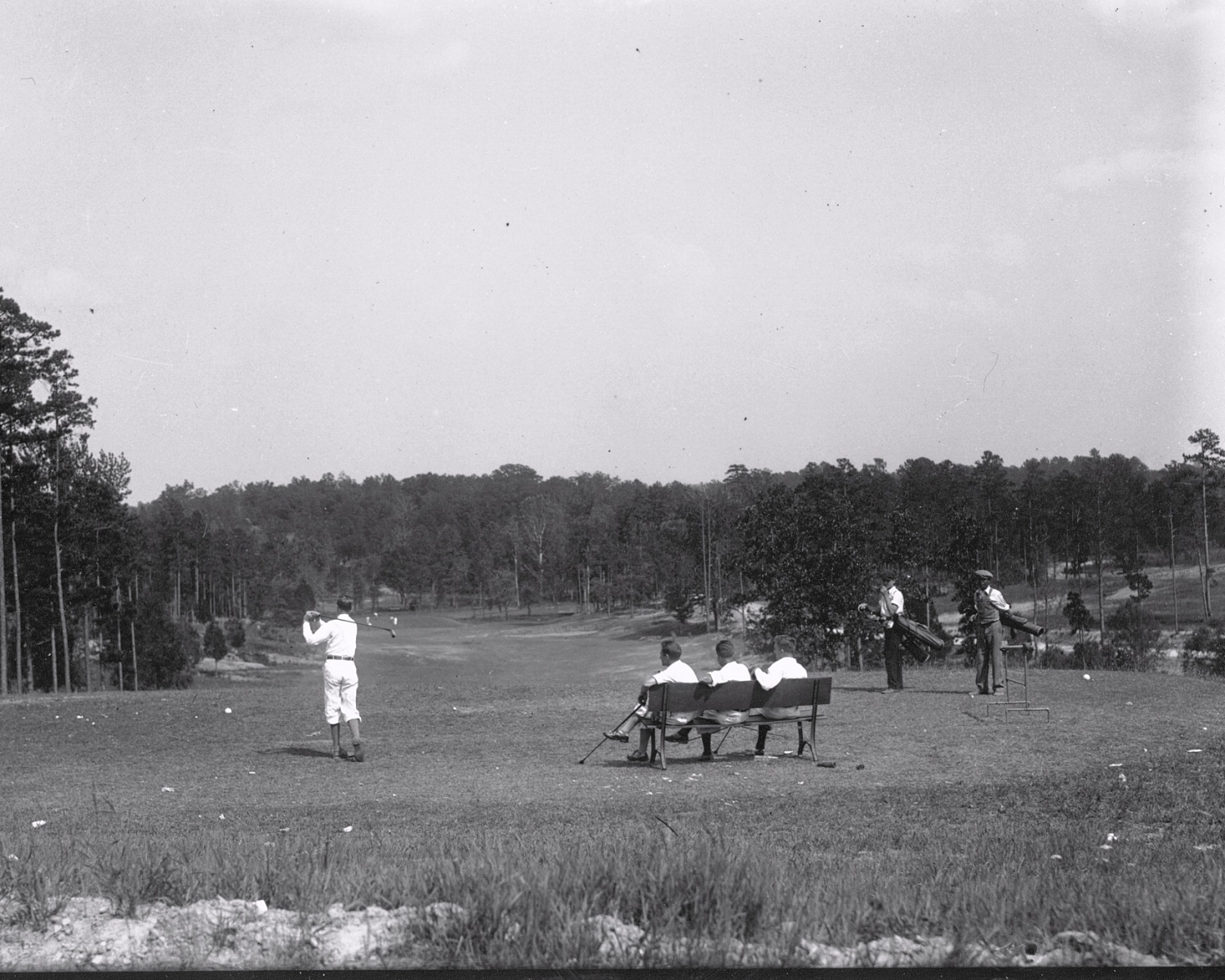