Designed by Aymar Embury - who taught architecture at Princeton and had designed houses in New York - he would go on to be involved in the design of a bevy of public projects in New York City, and, interestingly, designed the Distinguished Service Cross and Distinguished Service Medal for the Armed Services while serving in World War I - the Hope Valley Country Club was designed as the heart of the golf course and Mebane and Sharpe's development.

Mebane and Sharpe hired for success in building their development; they hired Donald Ross, who had designed Pinehurst #2 to acclaim as their golf course designer. They hired Robert B. Cridland of Philadelphia as landscape architect. Cridland had designed the landscape at the Vanderbilt estate in Hyde Park, NY, authored a well-known book ("Practical Landscape Gardening") and designed several neighborhoods. Mebane and Sharpe hired Aymar Embury, II of New York to design the clubhouse. Embury taught architecture at Princeton and had designed houses in New York - he would go on to be involved in the design of a bevy of public projects in New York City, and, interestingly, designed the Distinguished Service Cross and Distinguished Service Medal for the Armed Services while serving in World War I.

In November of 1926, Yancey Milburn, who had taken the helm of Milburn and Heister after the death of his father Frank, was supervising the construction of Embury's clubhouse design (Embury likely lacked a NC architect's license to stamp drawings for construction.) The clubhouse grand opening was July 22, 1927 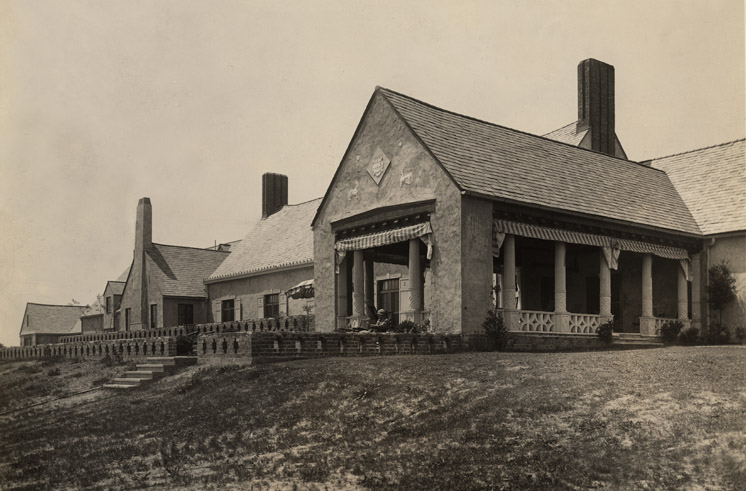 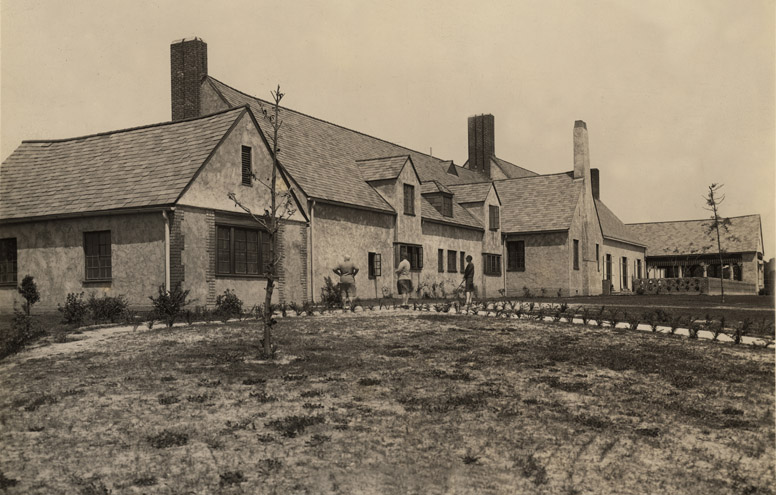 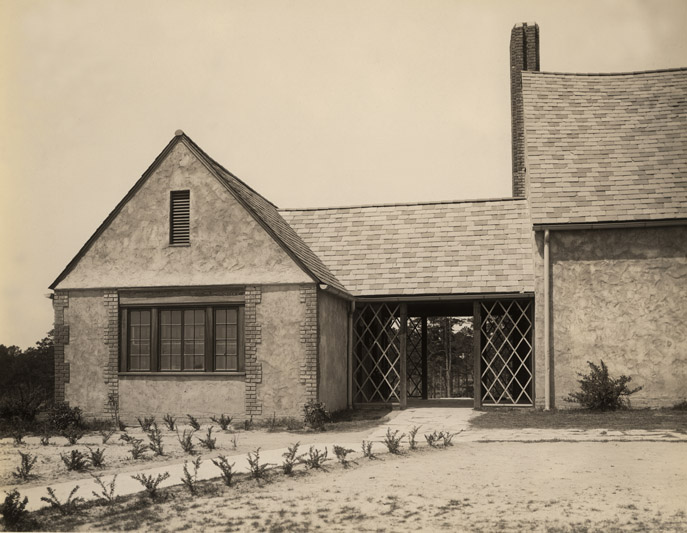 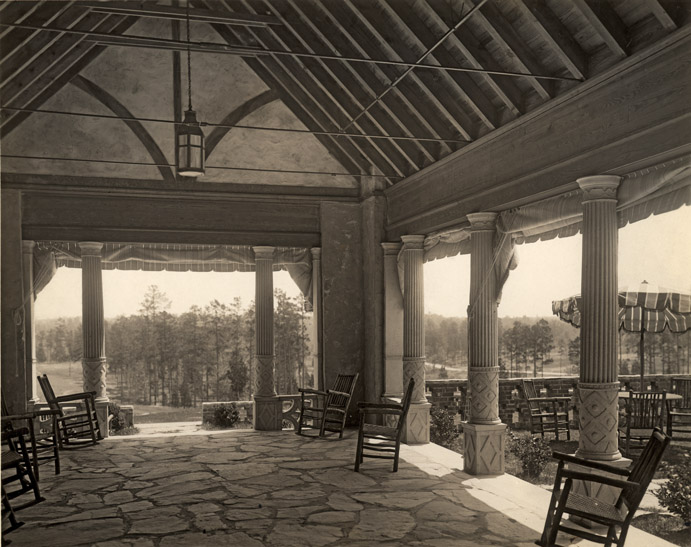 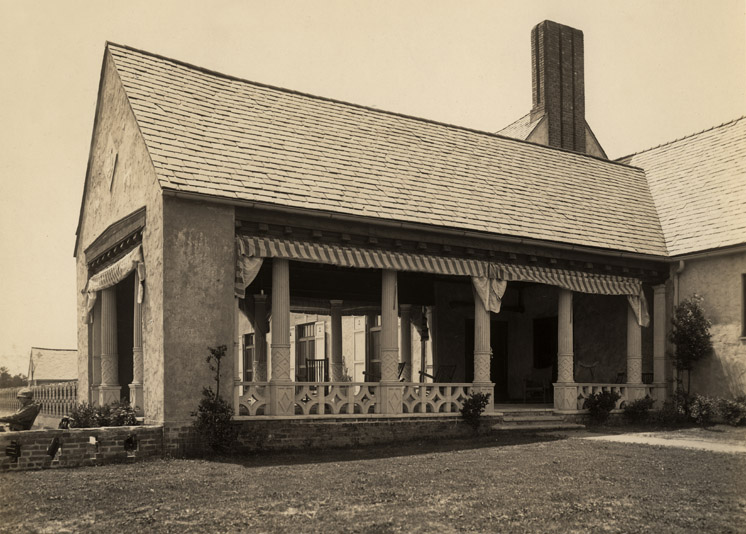 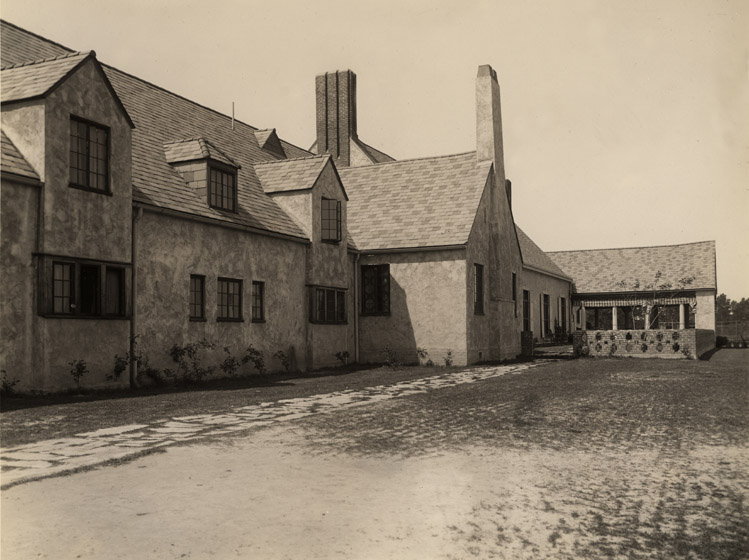 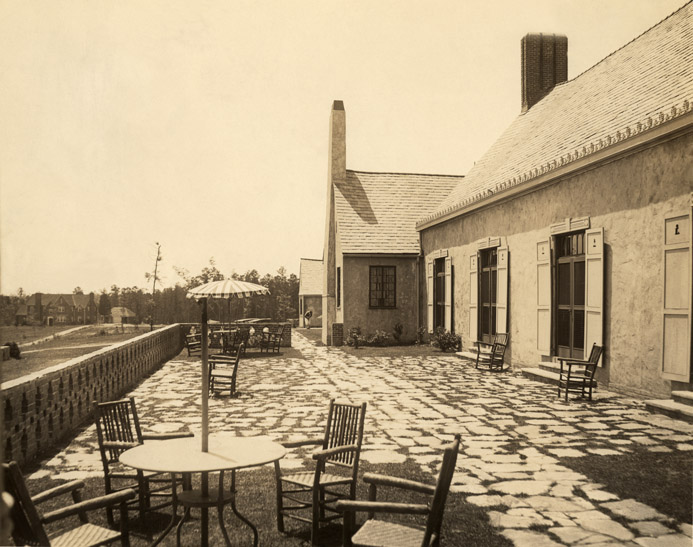 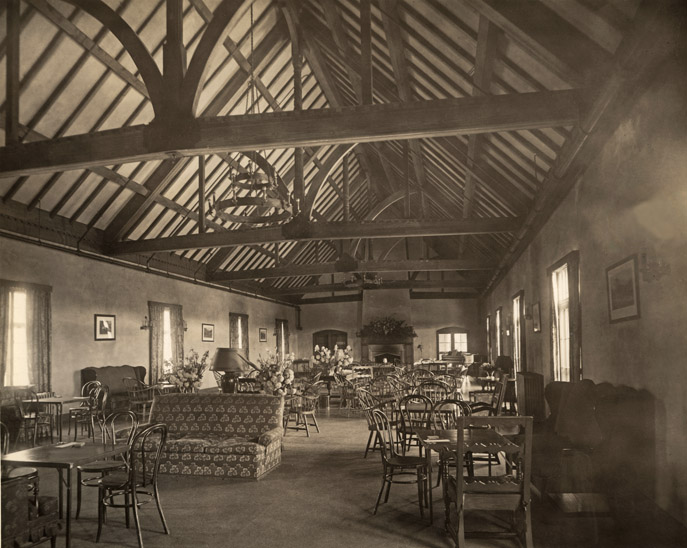 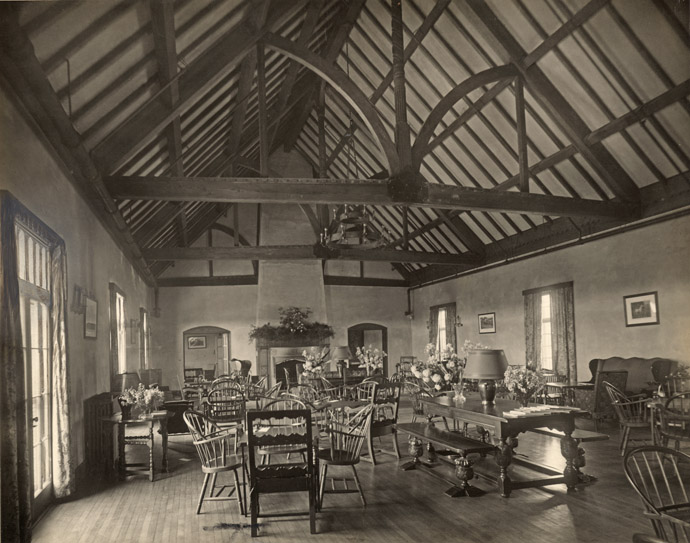 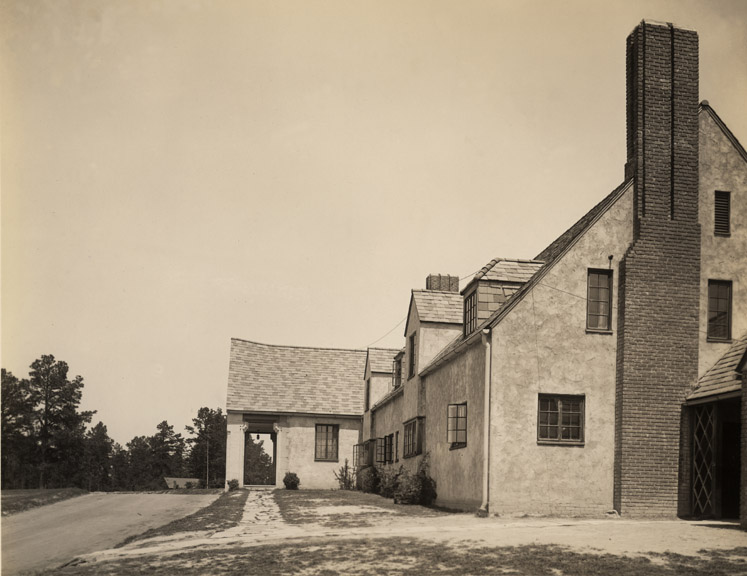 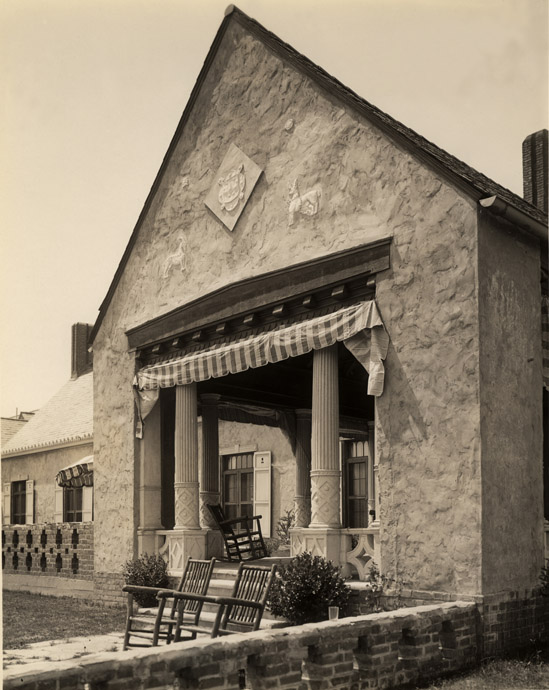 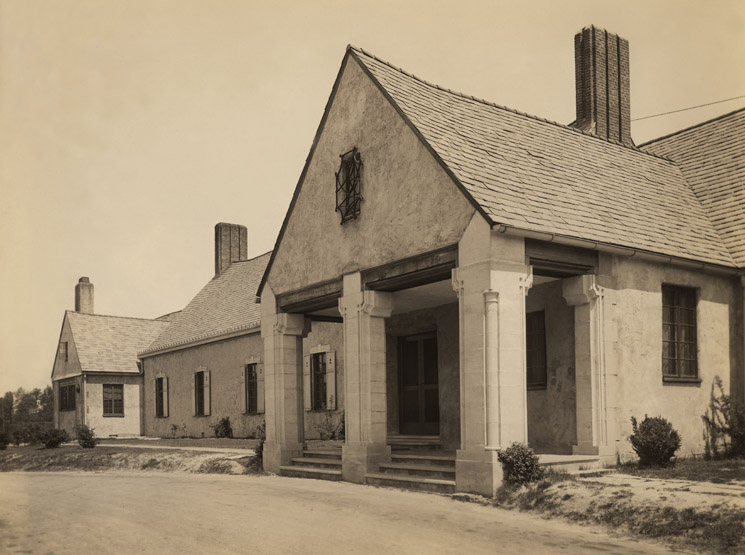 The country club has lost a lot of its original exterior charm with additions over the years. It's best from the north side, but pretty ug from the south (golf course) side.

porch and molded piers marks the entrance toward the south end of the west-facing facade. Several

alterations and additions have been made at all elevations. The most notable changes include an

of the facade and changes at the rear, including the addition of two curving bay windows made in

different years. The earlier curving bay window opens to a slate patio directly in front of the swimming

pools and was designed by George Watts Carr. Neighborhood oral history, as recorded by Harold

Hansen-Pruss in 1954, holds that the a large dining room addition and interior redecorating was

completed in 1948. Other alterations followed in 1953, including the addition of air-conditioning.

porch at a rear corner. This Pro Shop replaced the original, built in the late 1930s, after a fire in late

1960 destroyed the earlier building. The pro shop stands east of the clubhouse, next to the first hole of

by a small porch at south end of west elevation, and a single-leaf overhead garage door on south

Donald Ross, course architect, with alterations in the period of significance by Perry Maxwell

the clubhouse. Note that Ross’s original front and back nine holes have been switched, so that the

current first hole is Ross’s tenth hole, and so on. The direction of play, however, is unchanged. All

hole numbers used in this nomination are the current numbers. The naturally rolling topography of the

land is enhanced and often exaggerated in the course. A branching natural gully—deepened by Ross

and rustically lined in parts with stone—runs through the first, second, twelfth, and seventeenth holes

of the course and alongside the third hole. Elsewhere, Ross filled natural ditches and wet lowlands and

expanses of land. Where the gullies run alongside fairways, trees have grown up to limit a golfer’s

view to the fairway being played. Throughout the course, grass is short and fairways, tees, and greens

are defined by subtle differences in grading and in the length of the grass. Most holes have one or more

bunkers in the fairway or at the green, but tall grasses, lakes, and other hazards are not found on this

course. Other built features of the course include stone-faced concrete pedestrian bridges over the gully

and concrete-slab bridges carrying the cart path over the gulley. A few small wood cabinets on brick

bases hold water coolers throughout the course. The winding streets of the oldest portion of the Hope

Valley residential development also provide structure to the course, bordering some greens and

intersecting the course between some holes. Houses in the district generally face subdivision streets

rather than fronting directly on the course, but a few houses built during the period of significance have

finely appointed rear elevations that are visible from the course; the Snow House at 3301 Devon Road

is a prominent example. Perry Maxwell’s changes during the period of significance related to play on

the course and did not change the relationship of the neighborhood plan with the golf course.

improving drainage and irrigation. Ross’s original organization of the course through the neighborhood

Brian Silva rehabilitated the course using Ross’s original drawings and notes as a guide. The 1998

work by John LaFoy improved the irrigation system, leveled all tees, added some additional tees, and

Three swimming pools, including a diving pool, main pool, and a kiddie pool, are set into a concrete

surround and encircled by metal fencing. According to Hope Valley Country Club’s 1970 yearbook,

1965. The swimming pools are directly behind the clubhouse.

glazing, and slate roof. The building stands south east of the clubhouse and east of the south parking

The club’s nine tennis courts are all outdoor courts with clay surfaces. Three courts are grouped

together immediately south of the tennis pro shop and are terraced at one level below that building.

These may be the three courts that club histories state were added in the late 1960s. Six more are

terraced immediately south and east in four groups at different levels, following the slope of land but

contained inside the sharp curve of the 3800 block of Dover Road. Four of the six are grouped in two

pairs and the remaining two are individually sited immediately north and east of the pairs. The city’s

GIS system shows that the two individual courts were added between 1994 and 1999.