Hill Street
Durham
NC
Cross Street
South Duke Street
Year built
1910
Year(s) modified
1960s-1990s
2002
Neighborhood
Morehead Hill
Use
Stable
Garden
Can you help?
You don't need to know everything, but do you know the architect?
Log in or register and you can edit this.

The land that is currently Orchard Park was once the 'suppport system' for the John Sprunt Hill house immediate to its north, across Cobb St. Once owned by Louis A Carr, the land was purchased/acquired by John Sprunt Hill through George Watts, his father-in-law (who lived a block away at Harwood Hall, and was LA Carr's brother-in-law.) 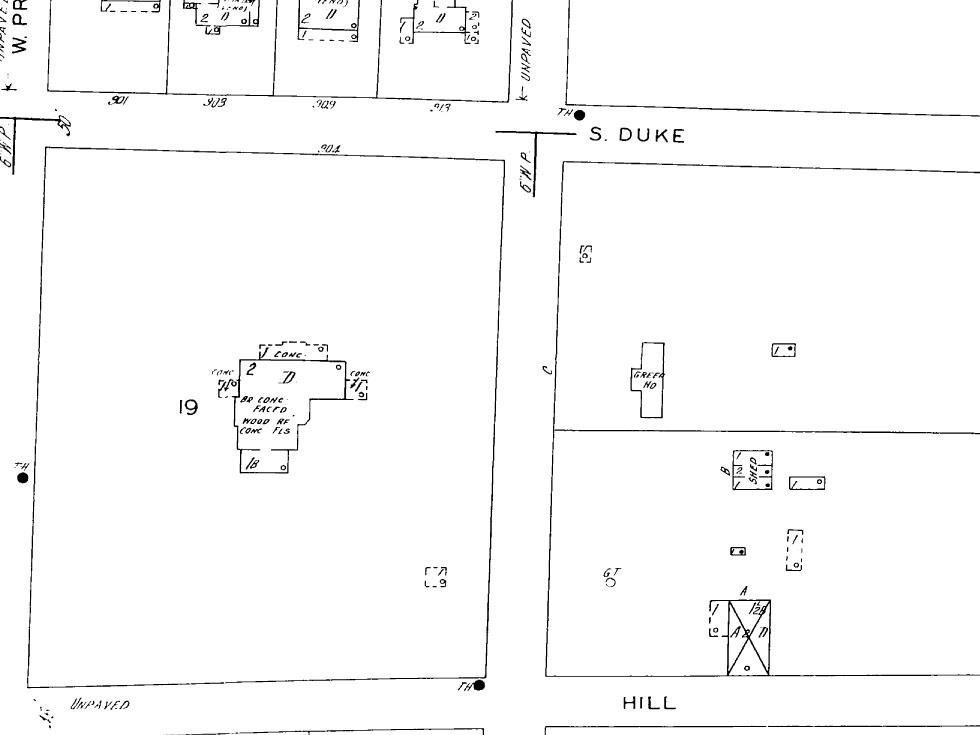 The information below comes from Jeff Ensminger, Morehead Hill resident, who learned of the functions of the various structures on the land that is now the park from George Watts Hill, Jr. before his death in 2002. The land contained:

"The Greenhouse, which was used to grow the plants and flowers for the house. In the basement of the Greenhouse was a boiler with pipes that ran to the main house to heat it. It was the first house in Durham with coal fired central forced air heat. The residual heat rose into the greenhouse and kept it at temperature for the plants.

The Carriage House and Stable - Horses were kept here on one side and the various carriages were kept on the other side. There was a forge in an area close to but separate from the building, due to risk of fire, and there were living quarters above for staff.

The Smoke House - there was a brick wood fired smoke house for curing. The foundation is still on site. Animals were slaughtered there. It isn't clear if other animals (besides horses) were kept on site.

The Coal Drop - a spur off of the main line two blocks away was located on the far side of the parcel, where a car could come in and drop the coal as needed.

The Orchard and Gardens - these provided food for the main house; fruits from the orchard, vegetables from the garden, herbs and aromatics as well." 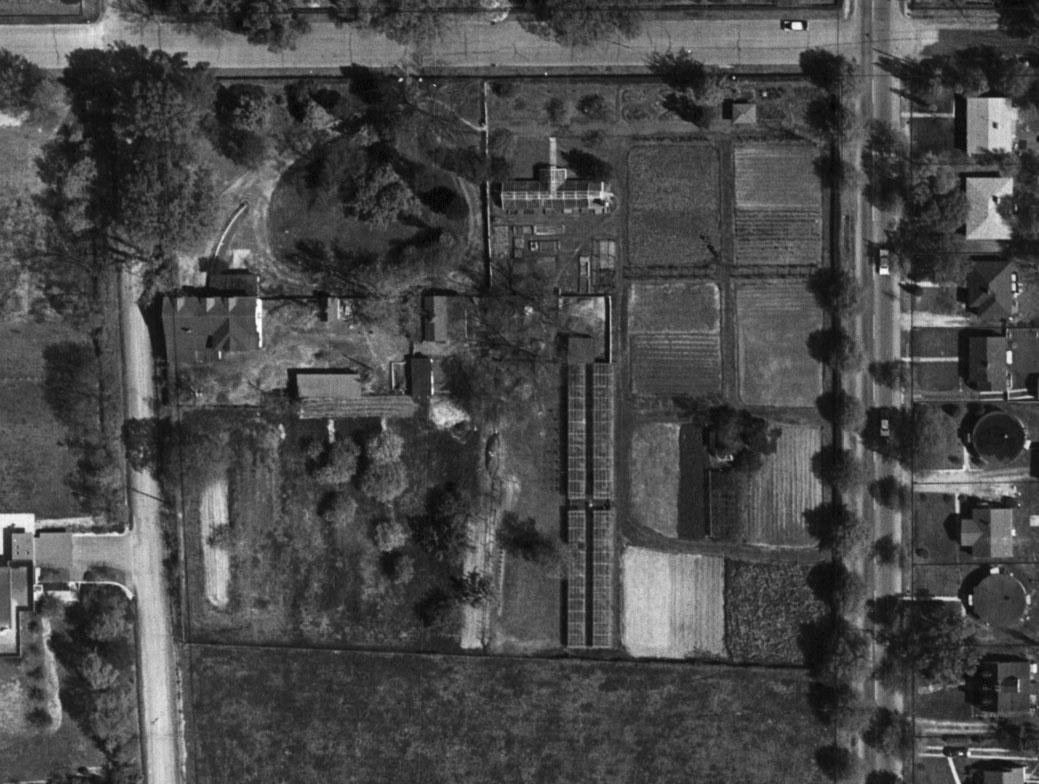 A 1959 aerial showing the various structures and gardens of the house. The glass roof of the T-shaped greenhouse can be seen in the center, near Cobb St.

"the 'heartbeat' of the Main house. Everything that happened in the Main House originated here. Mr. Hill said, 'I played in this area as a child but it was like a giant version of today's garage. We didn't see it as important as it was. It was a mind-set that we never considered its historic value as it related to the Main House; that was due in large part to the number of family members the property was left to which resulted in gifting it to the City.' He remarked that in hindsight he wished that someone had tried to preserve that aspect." 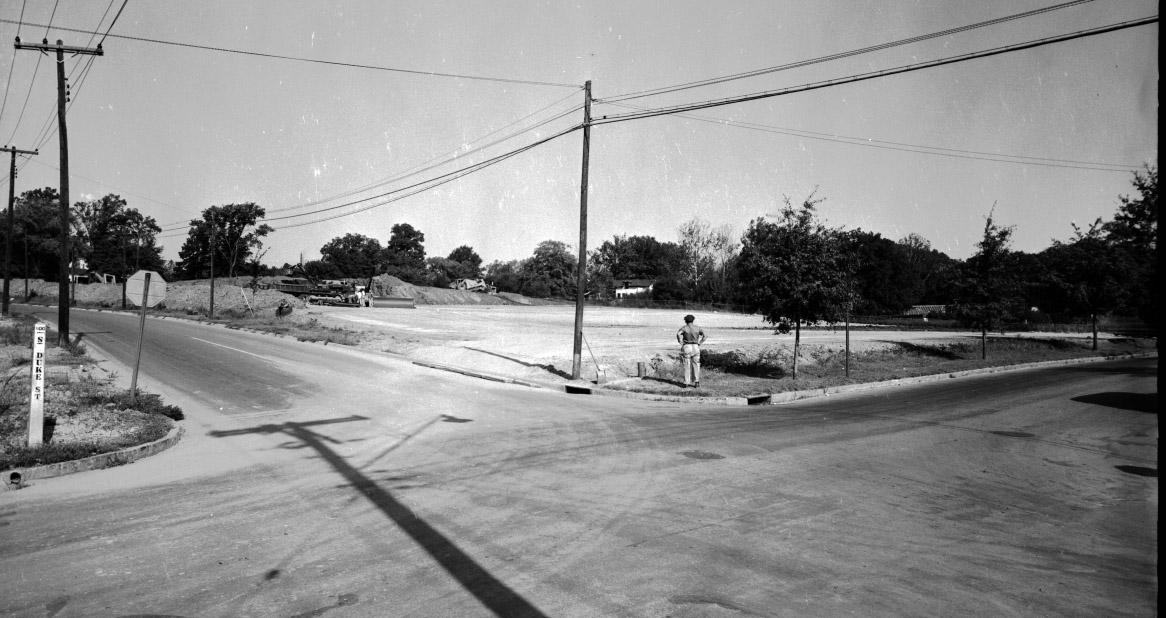 Not sure what's happening here - looking northwest from S. Duke at the intersection of Lakewood at the southern portion of the gardens, graded. A greenhouse roof can be seen in the background. (Courtesy Herald-Sun)

Orchard Park was renovated in 2002, resulting in the addition of new play equipment, shelter space, and opening of the southern portion of the park. The old greenhouse base was cleared of ivy and changed into a seating area/maze.

The foundation of the greenhouse (minus its glass roof,) January 2008.

In 2008 Hill House became available for use by all non-political, non-sectarian, non-profit organizations and is no longer restricted to strictly female organizations.