A simple but well built house with a large den over looking the golf course in the single-story flat roofed addition at the rear, featuring a fir coffered ceiling and paneling.  Living room had built in bookcase, and a modernist fireplace mantle similar to the front door surround.  Trim and stair details were minimal in keeping with the construction date of 1940/1943.

City records date the house to 1940, but this date seems unlikely, as the house and Avon Road first appear in the 1943 city directory. Hertha Sponer, a Duke professor, moved from an apartment on Second Street into this house in 1943.

The Sponer House was razed in May 2013, four years after it became a contributing structure within the Hope Valley National Register District.  Renovations to this home would have qualified for State tax credits.  New construction is taking place as of May 2013 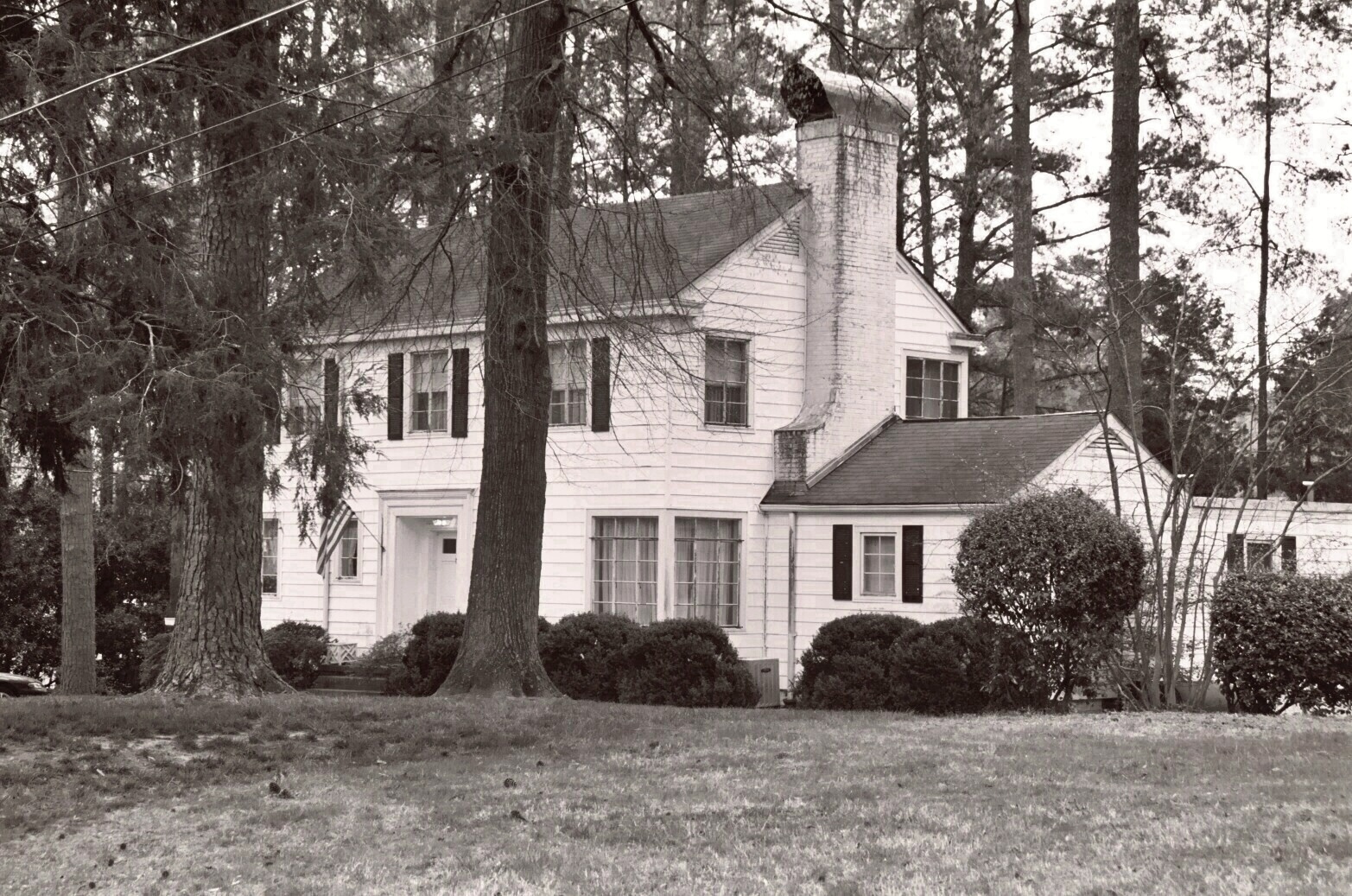