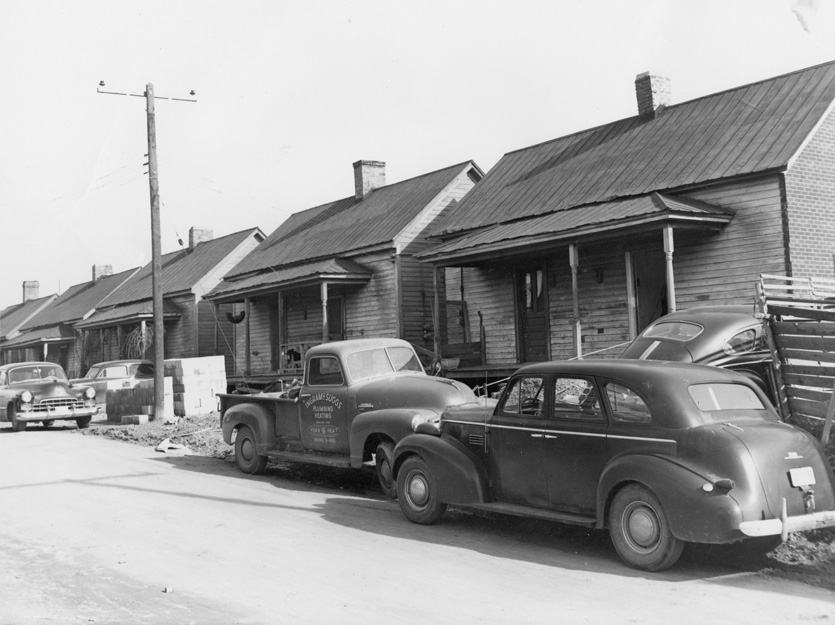 There is nothing particularly exciting about the 400 block of Henry Alley - I've struggled a bit with how to present, or if to present, the mass of small dwellings that once existed in Hayti, now destroyed. This block is relatively typical of most of the houses in Hayti - there was certainly worse than this, and, as I've shown previously, better. What makes this at least somewhat different is an apparent early attempt to 'fix up' this block. I found these loose photos, above and below, unmarked, in a pile that the county was donating to the library. It appears that it documents before and after - mostly the application of brick to the exterior walls. I don't know if any other improvements were made to the houses. 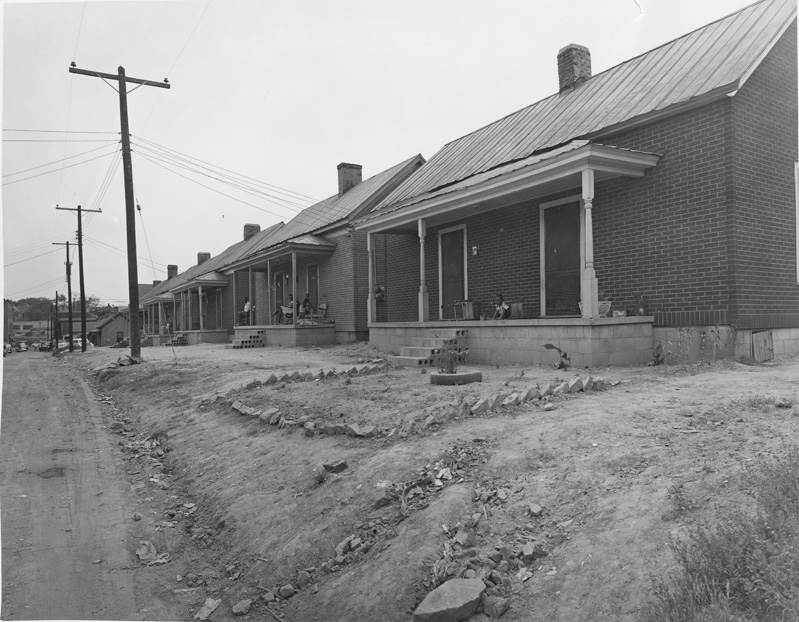 These houses, along with all of the other buildings around, were taken and razed through the urban renewal program. This space is now occupied by the Durham Freeway. 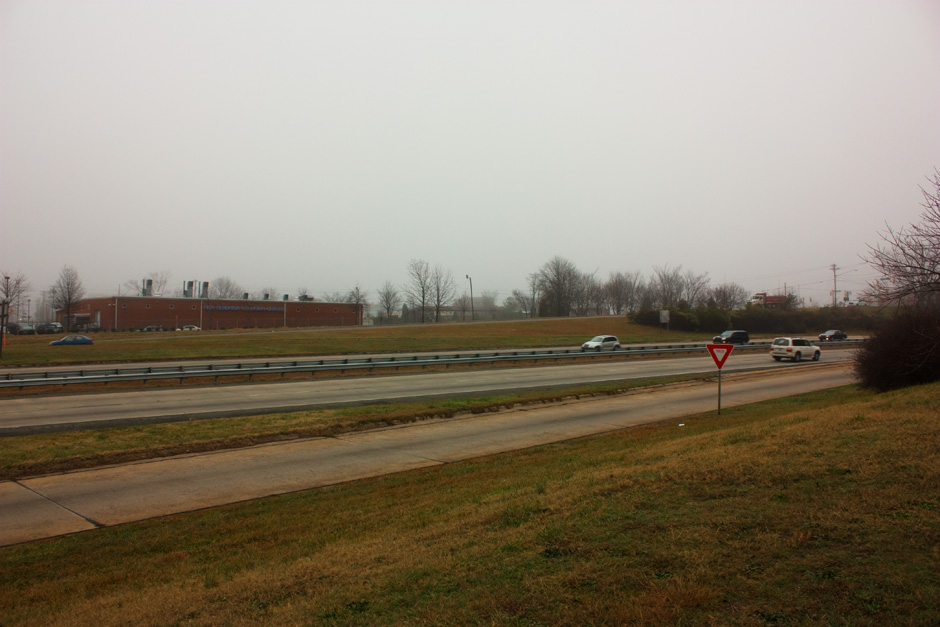 This post reminds me of the current work being done on the apartment complex at the NW corner of Fayetteville and Cornwallis, though I, of course, have no idea if the situations are at all analogous.

its not henry alley, it's

its not henry alley, it's henry street..henry alley was a path off of henry st..i'm surprised you have not been corrected so far..the houses may not have been the best but it was sufficient for the time at hand..you made do with whatever...most of the houses were rented so that was a problem with the landlords...it was their houses that they let go neglected..just wanted to shed some light on the situation...henry street was just as important as the rest of hayti..there were very descent people that lived and worked just as hard as others..

I looked back at 8 different maps of Durham, ranging from 1924 to 1959, in response to your challenge. All note the street as Henry Alley, not Henry Street. Perhaps people living on the street or in the area called it something different in practice, but the 'official' name was Henry Alley.

I in no way imply that the people living on Henry Alley were anything less than decent, hard-working people. As I mention, much of Hayti off of Fayetteville St. was similar in appearance - and much of it was rental property, as you mention.